The dense tropical forests and amazing untouched coastlines are some of the features that make Cambodia stand out from the rest of the southeast Asia countries. More than half of the country is covered with dense tropical forest, making it an ideal location for different species to make it their home. You will find some of the most amazing creatures that you have never thought of in the forests of Cambodia. Cambodia has a wide array of animals that can be dangerous. However, it is essential to note that humans are the most dangerous animals because they cause depletion of endangered species through climate change affecting the southeast Asian country. Nevertheless, when planning to Cambodia, you must have an idea about the country’s history, culture, and the animals that you will expect. Here are some of the most dangerous animals in Cambodia. 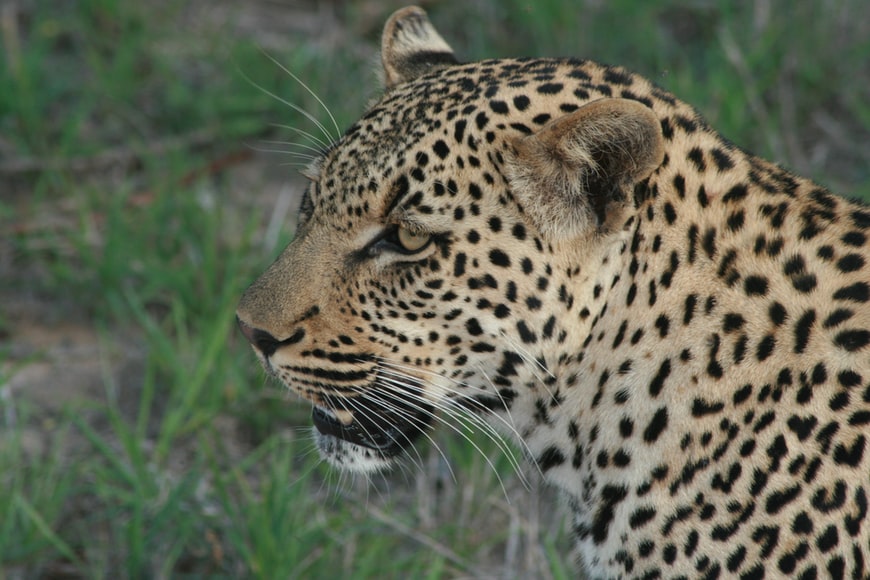 This animal tends to be very shy, and you will find them in treetops most of the time. However, it is imperative to understand that they remain leopards and will attack whenever they feel that they are being corned or you are interfering with their habitat. There is a rescue center where you will find the clouded leopards.

The poachers have made this type of leopard an endangered species. They have become very ferocious because they want to protect their territory and themselves. When exploring Cambodia, you must take precautions to avoid these leopard encounters. The clouded teeth and muscles are powerful and can tear through flesh and muscle.

This is one of the rarest bear species, and you will find it in Cambodia. Cambodia is a perfect destination for exploring animals that you have never seen before. You can indulge yourself in some of the best nature trips and explore the amazing animals that you can find in this region. The bear usually consumes birds, termites, sweet fruits, honey, etc.

Sun bears were originally found in the southeast Asian continent with excellent features. It is important to note that this is an endangered species because the local people catch it and use it to make traditional medications. However, you can join the bear rescue center and watch the bears that have been rescued rehabilitated before sending them to the natural habitat.

Snakes are the most common dangerous animals that you can find in Cambodia. Since the country experiences a tropical climate, the snakes thrive in its dense forests. King cobra snake is one of the longest venomous snakes you should avoid during your visit. They can grow up to 13 feet long, and they are very defensive creatures. Hence, when they see you interfering with their habitat, they are likely to attack you.

King cobra has some of the most toxic venoms, and when they spit or bite you, they will inject you with a deadly poison that will cause paralysis throughout your body. You will experience breathing difficulties, organ failure, heart failure, and death. It is imperative to understand that one bite of the king cobra has enough venom to kill twenty people. The king cobras in the country do not like encounters with humans. If you are exploring the country, you can avoid them whenever you can get them so that you do not get injured.

There is a significant elephant population in Cambodia. You should always be careful when traversing the country. The wild elephants are found in the dense mountains. They are very popular animals around the country for their unique features. The elephants usually remember the path that they have passed over the years hence the need to avoid their path. When the elephants feel that they are being attacked or infringed on, they will retaliate and cause injuries to the victim.

According to data, elephants usually kill about five hundred people per year. It is critical to ensure that you always stay safe away from their path or grazing areas. There are sanctuaries across the country that continue to aid in elephant protection. This is a significant step that will ensure that the elephant population in the country is not affected.

Research shows that the Indochinese leopards in Cambodia are the only ones remaining in the far east. There is a need to improve the process of protecting them from poachers. Since the Indochinese leopards are endangered species, they have become so aggressive that they can attack humans at any time. While their beautiful color may be tempting, you must exercise caution while exploring the nation. The leopards are stealthy, strong, fast, and have fantastic climbing abilities. However, they are advanced hunters and can cause bodily harm when interacting with humans.

The Thai zebra tarantula is an animal of the Theraphosidae family. This species is often an inhabitant of the far east countries such as Cambodia, Thailand, and Myanmar. The black body of the spider has black and white markings hence the name zebra. The tarantula is quite aggressive. You should take care when traveling through the country because their bite is very painful. The venom can cause breathing difficulties, organ failure, and even death when the dosage is too high.

There are edible species that you will find in many restaurants, and if you are trying out new cuisines, these are what the locals consume. The Thai zebra tarantula is a dangerous animal. You should avoid it whenever you can. The process of exploring different places should be accompanied with caution.

The Siamese crocodile is an endangered species in Cambodia. You are likely to see one of the rarest animals worldwide. Cambodia is the only country with some of the few species of Siamese crocodiles. They usually inhabit the Mekong River and stay in the wetlands. Unfortunately, poachers have contributed to the near-extinction of this crocodile species, and you must take time to know more about the Siamese crocodiles when visiting the region.

Crocodiles are very deadly animals, and they will not spare you if they feel that you are infringing on their environment. The Siamese crocodiles can grow up to 4 meters long and weigh over 700 pounds. Therefore, you must understand how these crocs operate when traveling to the far east. When you know their habits, then there is a high chance that you are likely to avoid any injuries due to bites.

The blue krait is one of the highly venomous snakes known worldwide. The snake has unique fangs and the ability to inject a very high dose of venom that will cause paralysis, organ failure, and eventually death if not handled immediately. The blue kraits are known to have fangs that are usually permanently erect. In addition, there are black and white fangs which makes them distinct. The blue kraits are usually very active at night, and you must always take care if you are going to be moving around at night.

They are very defensives and can often be found in bamboo groves and rice paddies. According to scientific data, the venom from the blue krait is ranked the third deadliest globally. The neurotoxic effect is known to shut down the central nervous system, cause organ failure, and eventually death. When you go camping, you must check your sleeping bags and tents properly because they are known to curl up inside.

This is popularly known as the Siamese spitting cobra or Thai spitting cobra. They are often found in jungles, woodlands, and lowlands. In the recent past, many people have been clearing areas for their inhabitation, which has led to a huge shift of the species from their original environment. This has led to the cobras feeling attacked, and they can often attack and bite whenever they are threatened.

They have smaller bodies compared to their counterparts, and their colors will vary greatly depending on the environment they are staying in, from black, brown to greyish. They are nocturnal species, and you should be careful at night when sleeping in tents because they tend to crawl up and stay in warm places. The spitting cobra can be intimidating, and when they inject venom to the victim, they often cause paralysis and organ failure. There are reports of people who have become permanently blind after being spat by the cobra.

Russell’s viper is found throughout Asia, and they are very deadly snakes that are often causing the death of humans in the Asian continent. The majority of snake bites in Burma, India, Sri Lanka, and Laos are usually from Russel’s viper, and this snake can be very dangerous. They have been attracted to human settlements because they can find rodents such as mice and small birds. The viper is incredibly hostile, and you should always be careful when handling them because they can cause severe injuries. When you come face to face with this type of viper, you must seek medical attention immediately.

Crocodiles are some of the most dangerous animals on earth. These reptiles have very strong teeth and are equipped with a dangerous tails that can kill the victim. You should not take any unnecessary risk if you’re traveling around Cambodia and you think you will encounter crocodiles. According to reports, the crocodiles around Cambodia are very aggressive to humans, and when they encounter you, they are likely to injure you. Always stay far from areas that are infested with crocodiles.

When people think about dogs, all that comes to mind is a friendly creature that can be a good companion. However, this is not the case for stray dogs in Cambodia. There have been reports indicating the stray dogs have been responsible for the death of several people. In addition, when the dogs bite you, they are likely to infect you with rabies, and this is a virus that can be lethal if not treated with a physician. Therefore, you must always be aware of your surroundings when traveling to Cambodia. This way, you can make the right decisions.

These are scarce animals that you can find in Cambodia. However, in a situation that you will encounter, you must take your time to be very careful and know your status before traveling anywhere. Tigers are very aggressive, and they are known to kill people when they feel threatened. However, you are less likely to encounter a tiger during your trip to Cambodia because they are a rare species in the country and are hidden deep in the forests.

In conclusion, you should take precautions and understand your environment correctly before embarking on any trip or adventure when traveling to Cambodia. Always follow your guide’s instructions and stay safe.