Costa Rica is one of the best locations that you can visit in Central America. The biodiversity in Costa Rica is mind-boggling, and you can check out all the creatures found in the Caribbean and the Pacific Ocean. Ecotourism is a significant contributor to the economy; hence you will have more to do while in the country. Thanks to its blessing nature, Costa Rica has a diverse natural habitat together with many wild animals. Some of them are considered to be dangerous animals in Costa Rica. Therefore, you need to be careful while you are visiting the country.

However, you mustn’t disturb it or interfere with their habitat because they can be very vicious and attack you. They have very distinct fangs and will inject venom to the victim once they feel that they are being attacked. Therefore, if you are going outdoors and want to go hiking, you must check out these snakes across the country. If the snake bites you, ensure that you get immediate medical attention.

These venomous snakes can grow up to 2 meters long, and they are often very aggressive animals. They will attack you if they feel that you are interfering with their habitat or if you threaten them. They are often found in the lowland regions and the areas close to major towns. The venom from this snake can cause internal bleeding, breathing difficulties, and the wound can become infected with bacteria hence fatal. Therefore, you should seek immediate medical attention if this snake bites you.

The three-striped poison dart frog is a famous amphibian across costa Rica, and it is one of the most dangerous species you can find in the country. They have a unique power of darting the venom to the victim. They may seem pretty to many people.

However, these looks are very deceiving, and you can be on the receiving end of very lethal venom that can cause paralysis, breathing difficulties, and in some cases, death. You do not have to interfere with the frog. When you brush it, the venom will enter your body via the cells of the skin. The potency is very high and can cause death within a few minutes. 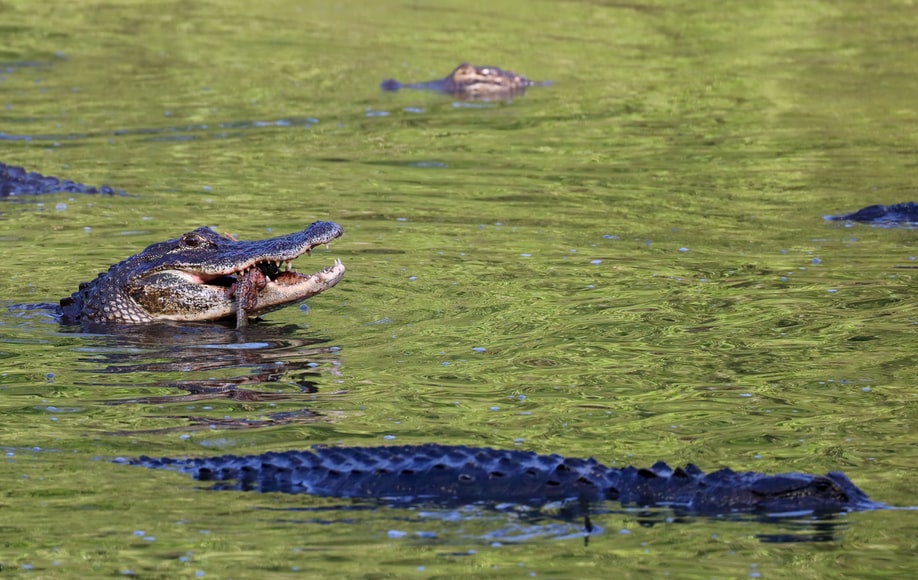 The American crocodile is the most dangerous animal that you can find in Costa Rica. These crocodiles are found in the coastlines, marshes, rivers, lagoons, and areas with a high water level. These crocodiles usually thrive in both fresh and saltwater environments; hence you should be careful when exploring different environments across the country. The American crocodile can grow up to 6 meters in length, and they are excellent hunters. They have a strong tail to hit the prey, and their teeth are powerful and dangerous.

When visiting Costa Rica, you should be careful because they can weigh up to a ton, which can be very dangerous. They do not need any provocation. They can attack you out of nowhere. Crocodile attack in costa is a standard feature, especially for people who are not familiar with the country’s terrain. Therefore, you should always exercise caution when traversing the country. Seek medication attention if a crocodile attacks you.

When visiting Costa Rica, you should take time to explore the area well and know the habitats of these snakes so that you do not get bitten. Some of these snakes vary in color because of the environment that they are living in, with those close to water bodies having lighter skin. It is imperative to note that attacks on humans are usually shallow. However, the venom is highly dangerous, and it can cause organ failure, difficulty in breathing, and eventually death. The coral snake has fangs, and it is a potent neurotoxin. 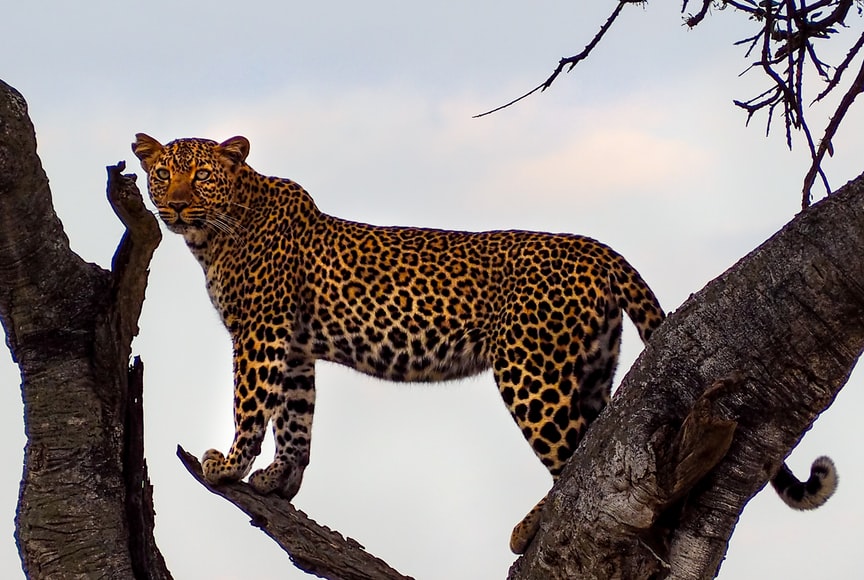 Costa Rica is one of the Caribbean destinations that have several cat species. Therefore, you must explore different areas and understand some dangerous animals and their typical habitats when you visit the country. The jaguars are located deep in Costa Rica’s forests and are known to be very dangerous and aggressive creatures.

Pumas pose the most significant threat to humans in the country, and they can grow up to 2 meters long and have very sharp claws and teeth. The claws are used to hold on to the prey and the teeth to tear the flesh apart. Therefore, it is essential that when you are visiting Costa Rica, you should avoid areas where there are jaguars. They live in very remote areas, and you should not interfere with them.

The Brazilian wandering spider is one of the most dangerous animals in costa Rica. The spider is often found in the forests and near water sources. The other name of these spiders is banana spiders because they love to live inside the bananas. They have venom that is very dangerous and can be fatal to humans.

When the Brazilian wandering spider bites you, you will feel it immediately because it causes severe pain, blurred vision, low blood pressure, breathing difficulties. If you know that the spider has bitten you, you should see immediate medical attention. When treated immediately, you are less likely to experience any severe symptoms. It is always good that you take your time to know the area that you are staying is free from spiders.

People who love watersports will find costa as the perfect place because you can also explore the Caribbean Seawater and the Pacific Ocean water. However, it would help if you were careful during your quest to enjoy the exquisite water around the country because you will likely encounter bull sharks.

The bull sharks are very lethal and temperamental; hence, when they see you in their environment, they are likely to attack you immediately. Bull sharks have been known to attack humans along the coasts of Costa Rica, and despite these areas being a perfect scuba diving spot, you should be on high alert as they can attack you.

The bullet ants are some of the most dangerous creatures found in costa Rica. When traveling to this unique country, you should be aware that you might encounter bullet ants. They usually live in rainforests, woodlands, and bases of trees. These ants are not the regular ants that you know because they can grow up to 3 centimeters in length. They have very sharp claws, and these claws are the ones that are used to deliver venom to the victim.

When moving around the country, you should avoid these ants. The venom from the ants is not fatal to human beings. However, when administered in large doses, it can cause problems breathing, heart issues, paralysis, seizure, vomiting, and very intense fever. If the ants bite you, you should visit a clinic or a physician as soon as possible. 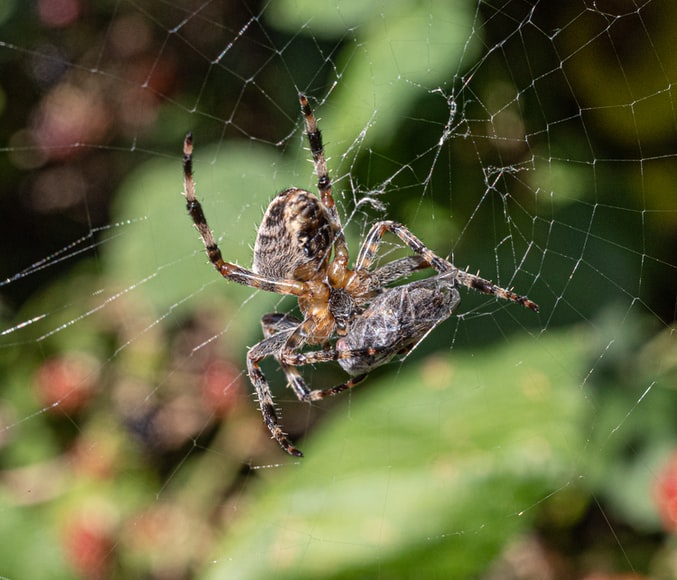 These spiders usually attack when their habitat is interfered with or threatened. When the spider injects venom to the victim, it usually results in blurred vision, low blood pressure, breathing difficulties, and death. Human attacks in costa are less common, and you should stay away from these spiders as much as possible.

The rattlesnake is one of the most dangerous animals in costa Rica because of the high amounts of venom that it can deliver to the victim. This can cause injuries, internal bleeding, lower blood pressure, and breathing difficulties. Scaly patterns and protrusions characterize these snakes.

They usually thrive in tropical lowland forests and the semi-arid regions of the countries. They typically live deep within the woods, and hence the chance of an attack is very minimal. However, you should not go poking their habitat. When the snake bites you, then you should seek immediate medical attention.

In conclusion, Costa Rica is a beautiful country, and there is so much that you can enjoy visiting the country. However, always take care when exploring different parts of the country and watch out for dangerous animals.

All You Need to Know About Weed in Costa Rica