Croatia is a European country that has gained a huge reputation as a perfect vacation destination in the recent past. The climate in Croatia is amazing as the country experiences the sun for most parts of the year. There are numerous cultural cities, hundreds of islands, picturesque scenery, and amazing nature that you should explore on your next visit to the country.

Let’s educate ourselves about the dangerous animals in Croatia so we are able to avoid the risk and enjoy as much as possible while visiting this beautiful country. 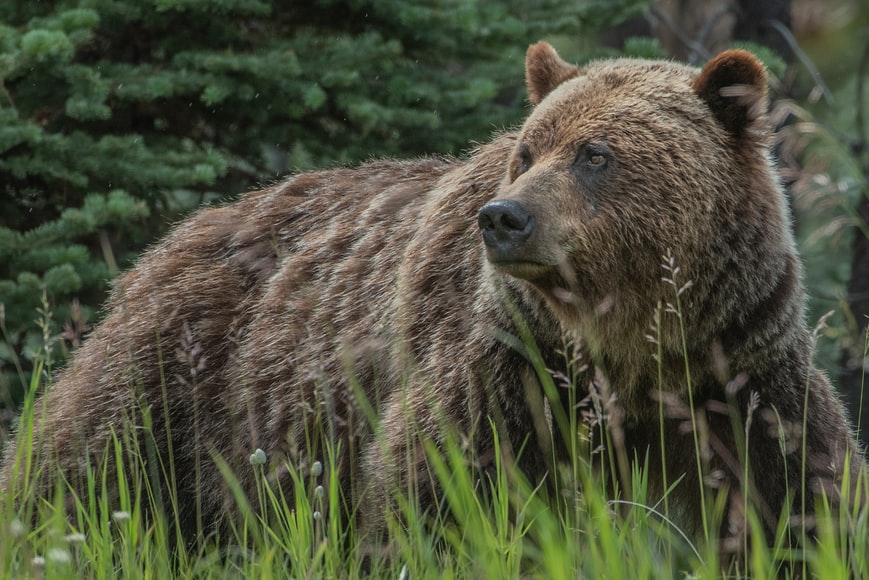 There are different species of bears in Croatia, and these animals usually thrive in the country’s mountainous regions. If you visit the country, the northern part is home to some of the unique bears that are generally dangerous, incredibly when hungry, or you find them with their cubs. When the bears are nursing their cubs, they are very aggressive and will attack anyone that seems to interfere with the environment.

The cases of bears attacking humans are isolated. They are not very common because many people stick to the recommended routes. You are less likely to suffer a bear attack when you stay within the route. When hiking or traversing the country, you should carry pepper spray just in case the bear attacks you, then you can spray them. When the bears attack you, you must seek immediate medical attention. 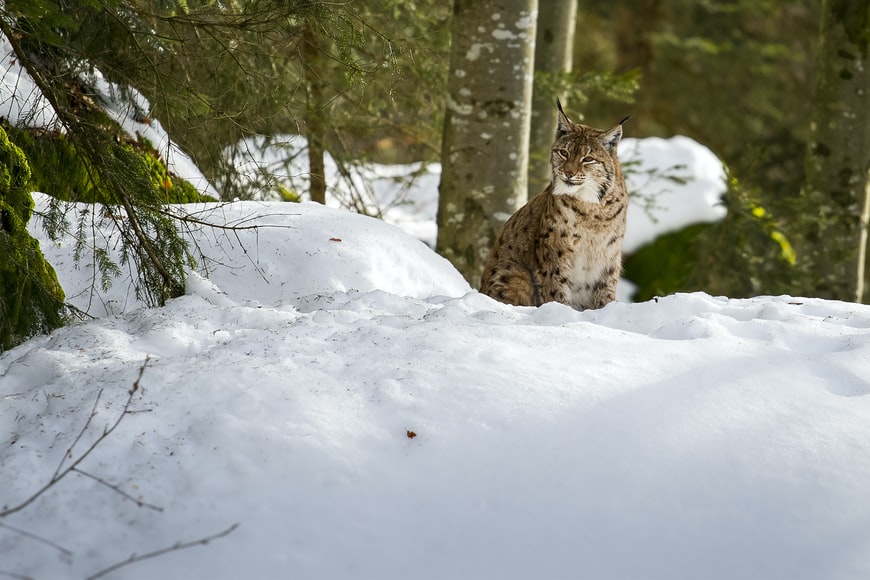 This is one of the most dangerous creatures in the country that you should be careful of on your next visit. They are big cats. Since the population of these cats is so tiny, they feel that their habitat is under attack. Hence, will attack you when you interrupt them.

However, it is essential to note that there have been very few cases of lynx attacks in the country. You should avoid their habitat because they are endangered species, and the government protects them. However, if you encounter them and are attacked, you should seek immediate medical attention. 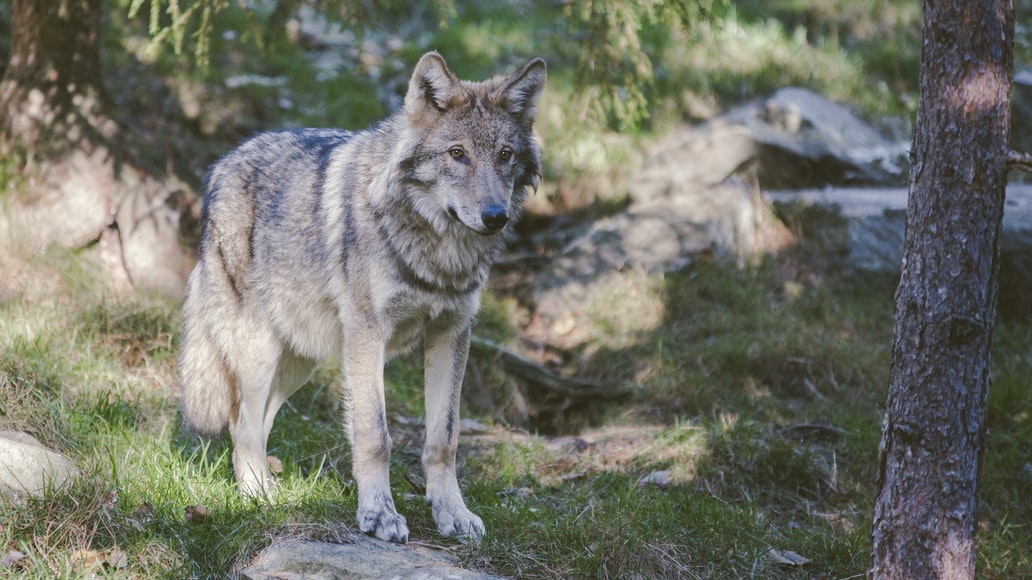 One of the creatures that may attack you during your visit to Croatia is the wolf. The wolves are usually found in the country’s mountainous and dense forested areas. Wolves will rarely seek attention or attack you out of nowhere. However, when you are hiking and encounter them when hungry or in a pack with their cubs, you should be careful because they can be very dangerous.

During the mating season as well wolf attacks have been on the rise. Therefore, when you are visiting the region, you should know where they are located to avoid any encounters with them. In case that the wolves attack you, you should seek immediate medical attention because they might carry rabies, or the wound might be infected with bacteria and cause severe injuries. 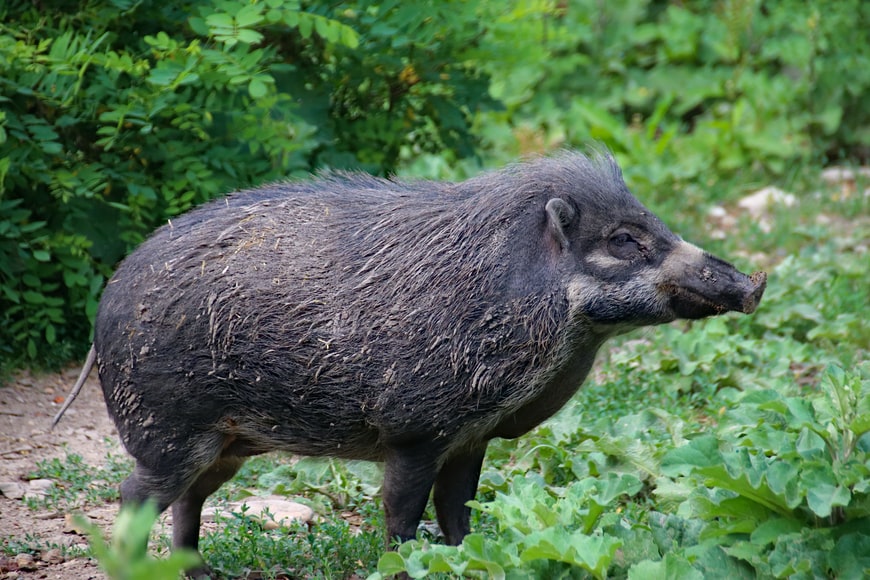 When you are exploring the country and encountering the boars, you mustn’t scare them or go and disturb their habitat because they may retaliate, resulting in injuries. The boars are less likely to attack you when you mind your own business. However, if the wild boars attack you, you must immediately visit a clinic or see a physician. 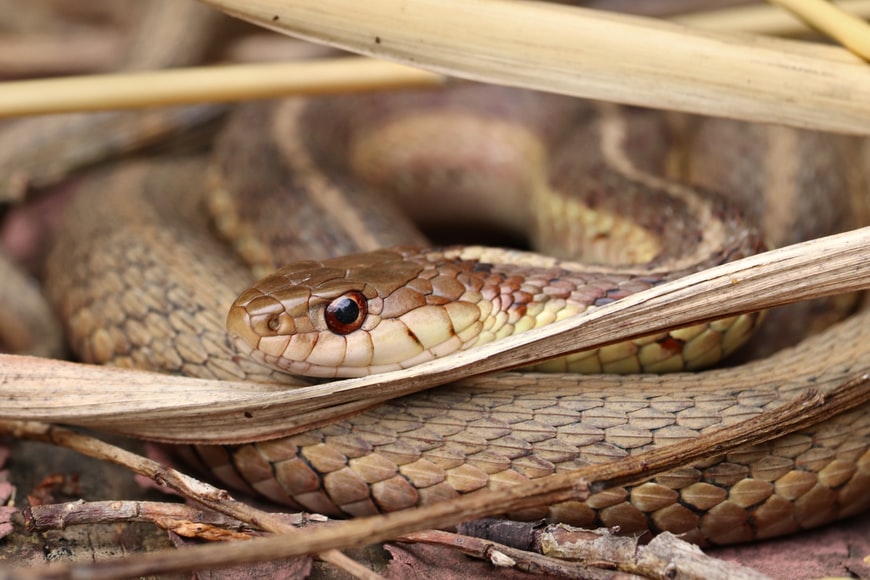 Like a European paradise, Croatia is home to some of the most venomous snakes in the world. Therefore, you must know what to expect when you visit the country because snakes can be very dangerous. Croatia has over 15 snake species. Some of the most common hazardous snakes include horned viper, European adder, and karst meadow viper.

These snakes usually carry a large dose of venom. When they attack the victim, they will cause paralysis, breathing difficulties, internal bleeding, and death in some severe cases. Over the past two decades, there have been four deaths caused by snakes in Croatia. It is important to note that the snakes thrive mostly along the coastlines. You should be careful when exploring these parts of the country. 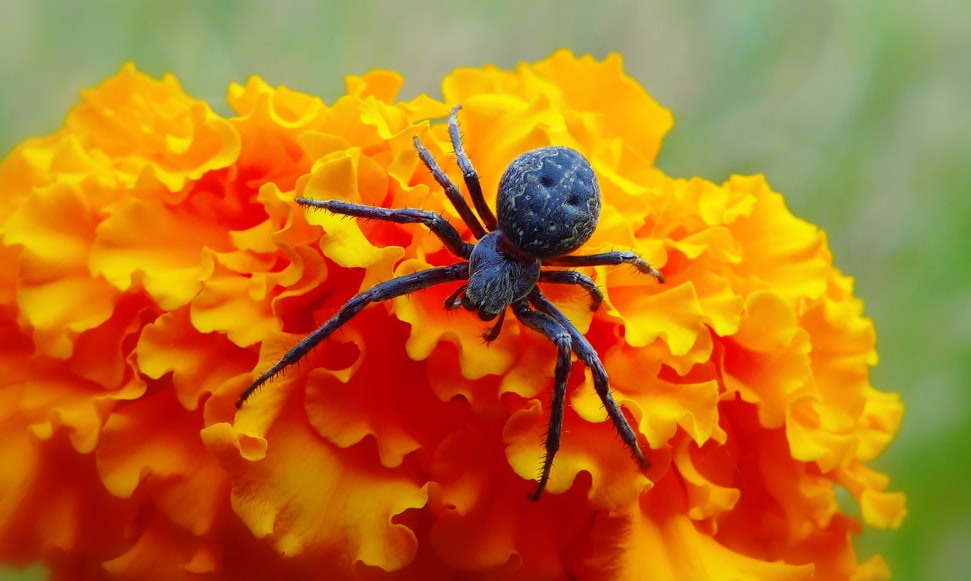 When the spider injects the poison into the victim, the victim will experience loss of muscle function, breathing difficulties, internal bleeding, paralysis, and unbearable pain. The spiders like warm places, and their toxins are highly concentrated. Some of the places where you can find this spider include Istria and Dalmatia. If you are stung by the spider, you should see a doctor immediately before the situation worsens. 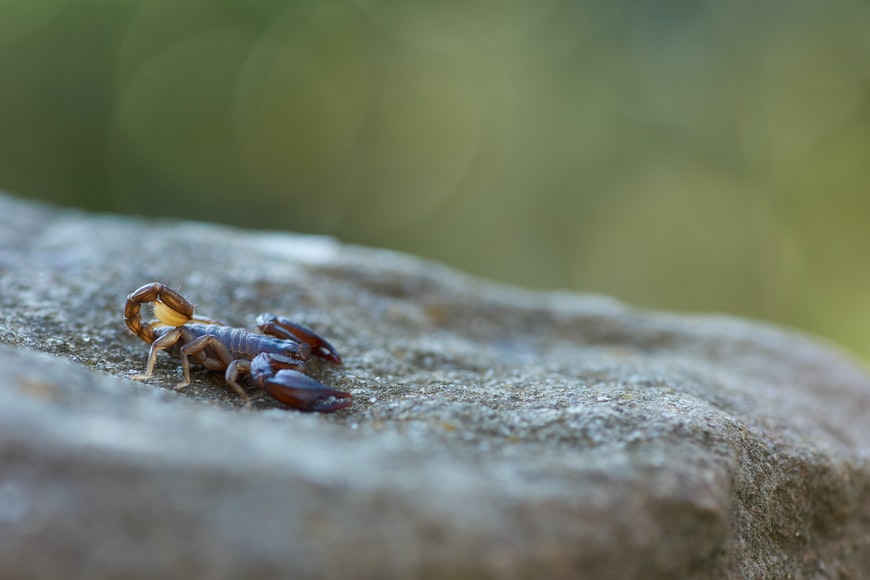 Scorpions thrive greatly in the coastal regions of Croatia. When you are exploring the coastal towns or you want to enjoy some swimming in the region, you should be wary of these creatures. The scorpions do not attack randomly; however, they are likely to counter the effect and sting you when you disturb their habitat.

The venom in scorpion sting is very dangerous because it causes breathing difficulties, bleeding, redness, itching, swelling, and severe pains. Therefore, when looking for a place to stay in Croatia, you should look for a free area of scorpions. 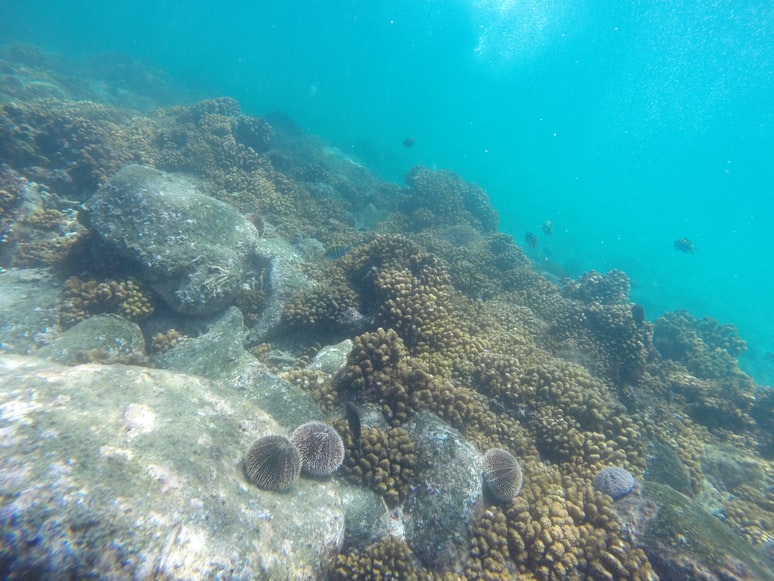 Sea urchins in Croatia are often found in the Adriatic Sea. The urchins usually thrive in unpolluted environments, and they are surrounded by spikes that are used to attack anything that comes to their habitat. If you are exploring the clear waters of the sea, you should be careful about what you are stepping on because you could step on a sea urchin, which will sting you with a very dangerous venom that you will feel excruciating pain.

The needles of the sea urchins break easily, and they stick on your skin, leaving you feeling pain. The pain is immeasurable, and it is much better if you can avoid these environments. If you are stung by sea urchins, you should seek immediate medical attention to prevent inflammation and other side effects. 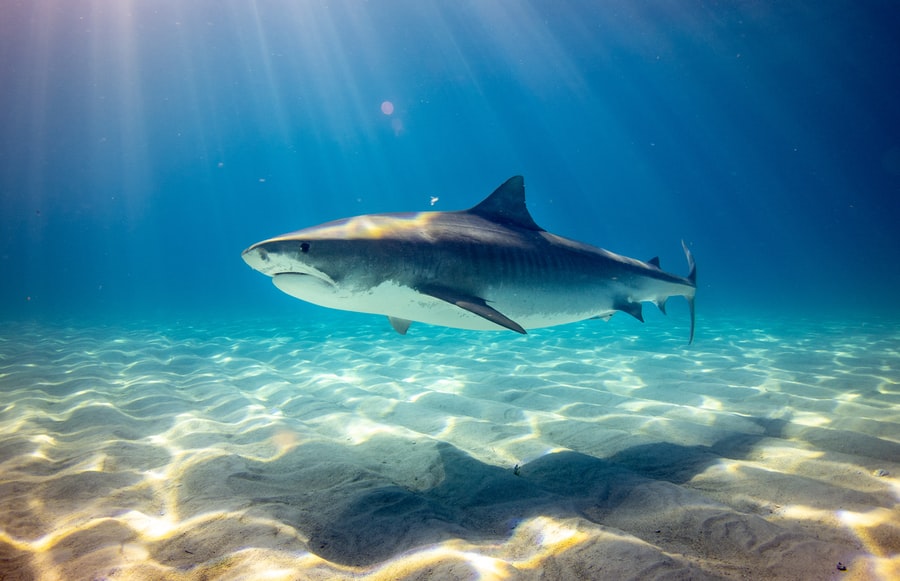 Sharks are hazardous animals that are predatory. Sharks can smell blood from over 15 meters, and it is important that when you are swimming, you do not rapture your skin for blood to ooze because you might attract sharks. The Adriatic Sea is relatively safe, however the Mediterranean Sea. Therefore, it is essential that when you are exploring different areas in Croatia, you should always take care.

Avoid white sharks because they are very dangerous with sharp teeth. Sharp teeth can pierce through flesh and bones. There have been very few cases of shark attacks reported in the country. However, it would help if you always took care to avoid complications. 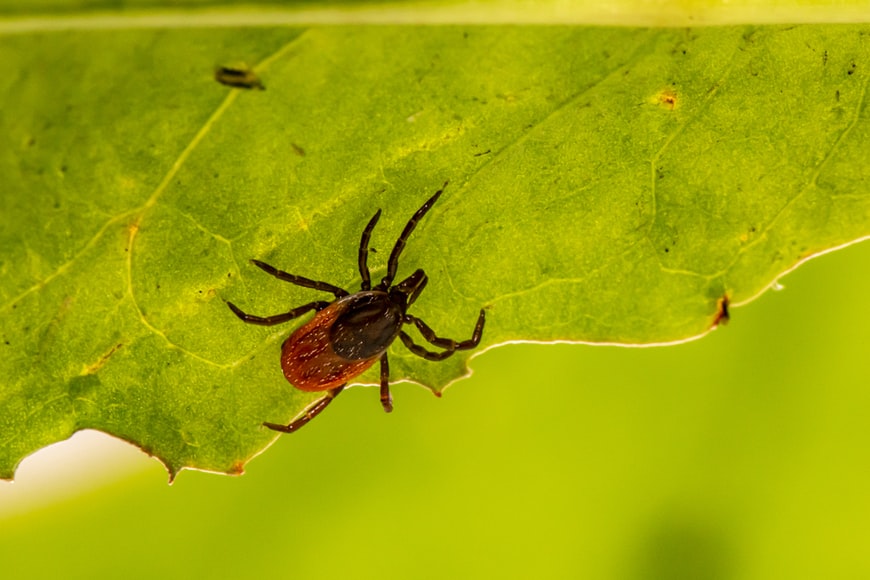 Croatia’s ecosystem is so diverse that it encourages the growth and thriving of different animal species. Ticks are known to thrive in the country, and these ticks usually carry different bacteria and diseases such as Lyme disease. If you visit Croatia during the summer or late spring, you should know these tricks.

It is recommended that when visiting such places, you should always carry a strong insect repellant and full clothes to protect you. If ticks bite you, you should get medication or have your blood tested for the possibility of tick-borne disease. 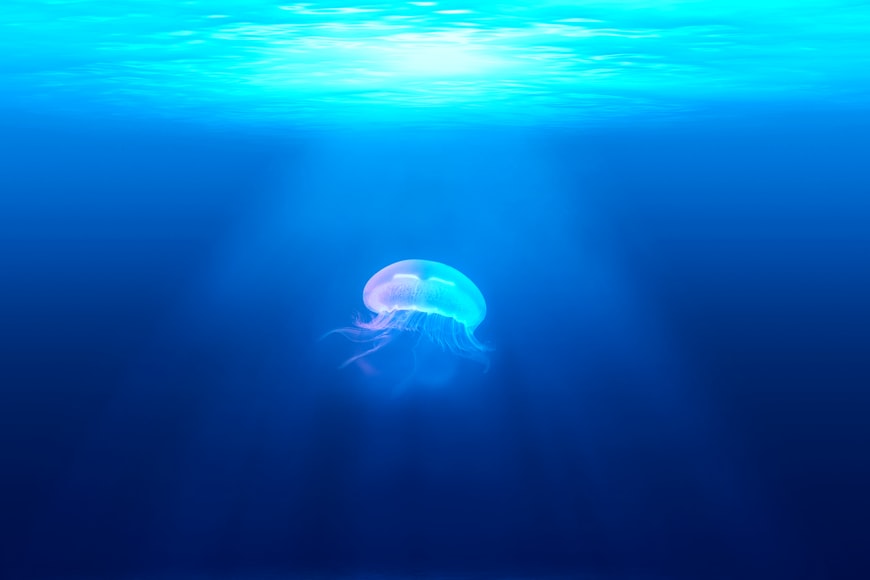 Jellyfish are creatures that often thrive in the sea. They are made of mostly water and gelatin. These creatures have feeble movement control and will often go with the waves. The most common area where you will find the jellyfish is in the Adriatic Sea. When they are carried away by the currents, they usually stick on the Adriatic coast. If you are swimming in the Adriatic Sea and you want to explore the natural environment, then one thing that you need to be careful of is the jellyfish. When you brush the jellyfish, it will sting you using the tentacles.

The tentacles use the harpoon technique to sting the prey. When the venom is transferred to you, you will feel very sharp pains, breathing difficulties, swelling, and loss of consciousness. There are also sea anemones in the Adriatic Sea. They come to the shores when heavy currents are moving and pushing them. When you step on them, the creatures will sting you, and you will feel a burning sensation before redness and severe swelling. When you are stung by a jellyfish or sea anemone, you should seek immediate medical help.

In conclusion, Croatia is a friendly and wonderful country in central Europe. You should choose it as your next holiday destination because it has all the features you have been looking for in a place. The majestic mountains and exquisite coastlines coupled with the warm and charming hospitality of the local people sums up why you should go to Croatia. However, you should watch out for dangerous animals that may ruin your experience or cause you injuries when visiting the country.