Malta or what is officially called the republic of Malta is a country that is located in the Mediterranean Sea, Malta has a fascinating culture and fabulous wild areas, so what kind of dangerous Animals In Malta, you can meet?

It is an island making it one of the top European holiday destinations that you should visit. The diversity that comes with the country being an island is what has made it a unique destination that you should try to visit. Malta is 80 kilometers away from Sicily and 333 kilometres from Libya.  The people here speak Maltese and English although you will find a majority of people speaking Italian as well. The island has been inhabited since 6000 BC and the location in the Mediterranean Sea has given it a strategic development point, especially in the navy. 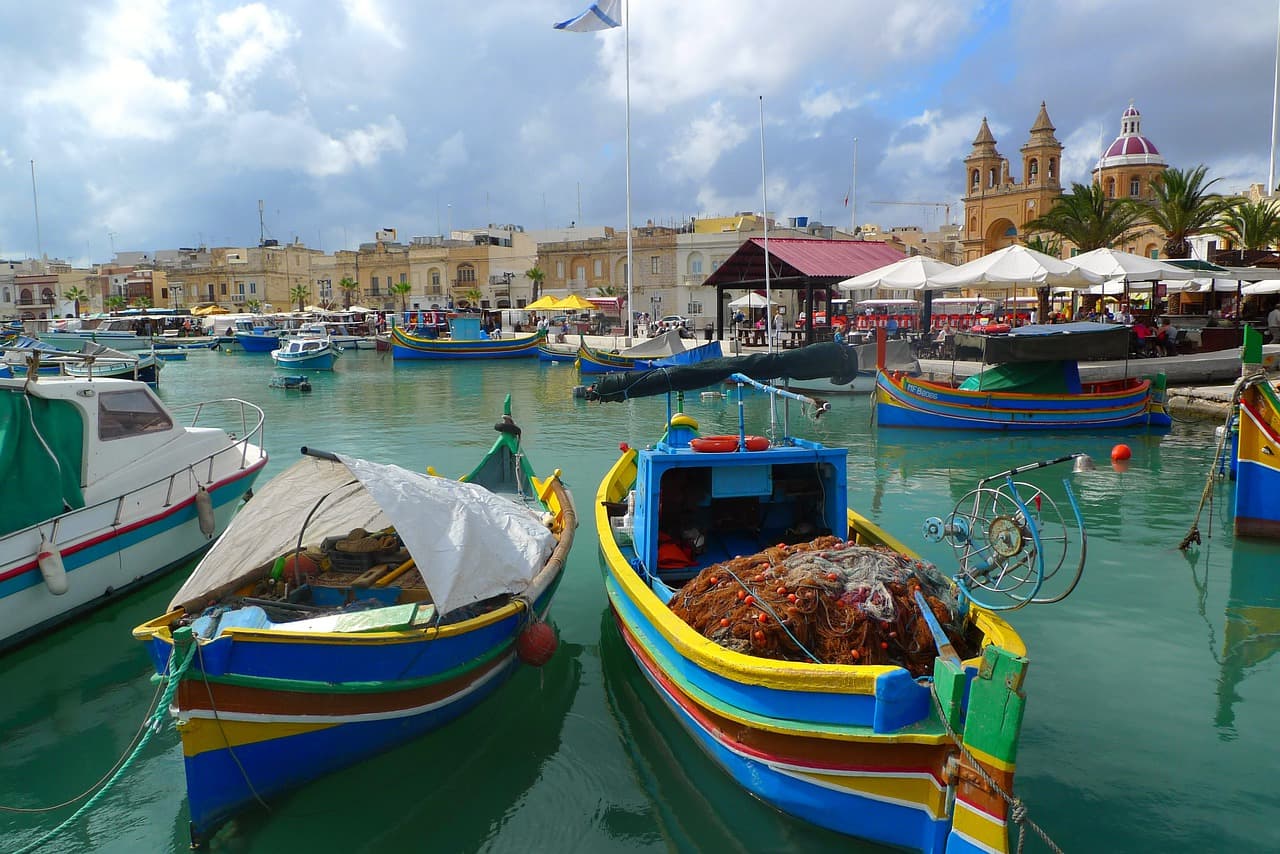 The Romans, Greeks, Arabs, Aragonese, and French among others used this country in the past as a naval base.  If you are looking for an ideal European island destination then Malta is your next location. Many people do not know much about Malta apart from it being a small country. The population in this country is about half a million people. The capital Valletta is among the most densely populated cities in the world.

According to European data, Malta is considered as one urban region and not a country with metros.  The country was a British colony in the 19th century as it acted as a base for the naval ships from the United Kingdom.

The country is an archipelago located in the central Mediterranean in the eastern basin and there are numerous bays on the indented coastline, which presents the best harbours in the Mediterranean Sea. The landscape in Malta consists mostly of low hills with terraced fields.  There are small rivers that usually form especially during the heavy rain season. However, there are no permanent rivers or lakes in the country.

Why You Should Visit Malta

The climate in Malta is iconic because you are going to enjoy your vacation in the region. Mediterranean climate is prevalent in this region and therefore you are guaranteed the best experience when you visit. Rain is usually prevalent during the autumn and winter period with the summers being generally dry. It is important that if you are going to explore this region then you should choose the summer season because it is generally dry.

The average temperature throughout the year is 23 degrees Celsius, which guarantees you the best experience when you visit.  The country is largely urban with two regions the main island and Gozo which covers the entire island.

You can easily move from one region to another hence you will enjoy your stay, as movement is easy. The Maltese islands are home to a wide array of indigenous and endemic creatures and plants. Here are some of the dangerous creatures that you should watch out for during your visit to the region.

The cat snake is one of the iconic creatures that you are going to find in this region. It is characterized by its vertical pupil and a forked tongue. There are numerous snake species on the island. The cat snake is the most dangerous snake that you are likely to encounter because they are known for its high level of venom and will cause danger immediately after they see you.

These snakes are unique because their diet mostly contains mammalian species.  Although the venom is not very dangerous for humans, however, they are known to cause dangerous effects on the organs of the body.  They received their name because of their eyes, which resemble that of the cat, and they have ash grey bands, which run along the body. The cat snake usually grows up to a meter long and they are nocturnal creatures hence you are likely to encounter them in the evening or at night.

This is another iconic creature that you are going to find thriving in the Mediterranean Sea.  They are usually known for their jelly-like bodies with tentacles. The Portuguese man o war is usually very dangerous.

These creatures are very dangerous because they hide on the reefs and the Maltese waters. It is important that you should not assume that this is a jellyfish because even if they are from the same family this is very dangerous and will cause an immediate attack on your central nervous system. They have tendrils or tentacles and these tentacles are agents that are used to deliver a highly potent venom.

The sting is incredibly painful and it can be compared to someone poking you with red-hot nails. If you are stung by this creature then you should seek immediate medical attention.

The brown recluse spider is the most dangerous species because they have a high concentration of venom, which causes organ failure, and their bite is very dangerous because of the venom they deliver.

The brown recluse spider is usually found thriving in the outskirts of the towns and they like their external environment where they thrive in the habitat.  While an encounter during the day can be less or unlikely, it is essential that you always stay safe. The venom from the spider is known to cause convulsions, lowered heartbeat, nausea, blurred vision, and eventually cardiac arrest. It is critical that you visit a hospital in case you are stung by the spider.

The pufferfish is one of the most dangerous fishes that you are going to encounter in Malta. They are usually small rounded fish with frilly fins, which are brightly colored. You should not be tempted to touch them because you are going to experience excruciating pain from the venom that these fish will inject into your body. The poison from the fish is tetrodotoxin and this means that it is going to damage organs and tissues within a matter of minutes.

When the fish is threatened, they release the venom and this will affect the nervous system because they release the venom and this in turn paralyzes the cardiac, central, and respiratory systems. It is important to seek immediate medical attention if you are attacked by the creatures.  According to reports, the toxin from one single injection is enough to kill 30 adult humans hence the need to avoid them at all costs.

The scorpionfish is one of the creatures that you are likely to encounter if you are going to explore the waters of Malta. This scorpion is known for its high level of camouflage that it usually incorporates when it is hiding from predators.

The scorpionfish will blend well with the corals in the sea and as the name suggests people might confuse for sand or rocks because of its camouflage. It is essential that you avoid touching things while in the waters because you will not know what they could be.  They usually have spines along the back and these spines are used in delivering the highly potent venom to the victim.  A sting from the scorpionfish is very dangerous because it is highly potent and it will cause confusion, convulsions and if you are not careful, it could result in organ damage.

The venom attacks the cardiovascular, respiratory, and nervous systems, which means that it could cause severe damage to your body. 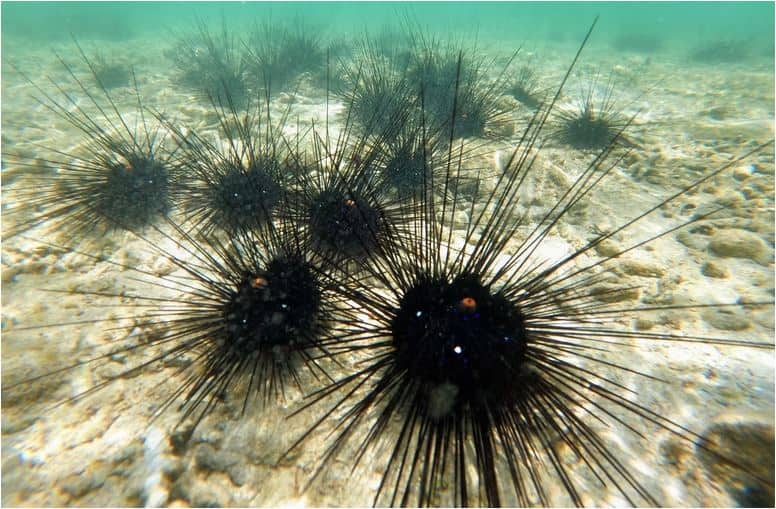 These creatures are known for their iconic spines all over their bodies. They are dangerous in nature because they are usually on the seabed. they can camouflage perfectly with the water in the sea and during your trip to the area, you must stay away from these rock-like substances because they could be urchins. When the sea urchins are provoked, they usually attack using their spines and when this happens, a highly potent venom is injected into your body. You will find them in a wide array of colors such as purple, green, blue, and even brown.

The spines are loaded with venom and they are generally painful. If you are highly allergic then it could result in very serious infections if the spine is not removed immediately. If you step on the urchin and they release the spines to your body then it is important that you seek immediate medical attention to remove them because it could result in complicated conditions if it is not attended to immediately.

This is another dangerous species that you are likely to encounter during your trip to Malta. They are characterized by their yellow or light brown bodies with a length of about 4 centimeters. The small size should not fool you because these creatures are very dangerous and will cause severe organ failure and even death if you are highly allergic.

You will mostly find them in the countryside of Malta and they like to hide in shady spaces and under the rocks. They are closely related to the recluse spider and they usually sting using their tail, which is packed with a high amount of venom.  When the venom is inflicted on your body, you will feel an excruciating pain followed by an intense feeling of hallucinations.  It is important to note that these scorpions usually do not go out to attack humans, however, they are known to attack especially if you are going to hike in an outdoor environment.  You should ensure that you are well dressed especially if you are going to the outdoor environment.

The great white shark is one of the creatures that you are likely to encounter during your trip to Malta.  They are known to swim in groups usually called school. Malta is in the middle of the Mediterranean Sea, which forms the perfect environment for these sharks to thrive, and there are some areas that you should not visit especially during the shark season when they are moving in large numbers.

The great white shark has a bad reputation because of its ability to attack and cause severe injuries to you. It is important to understand that you do not need to provoke the sharks for them to attack you. They usually just move around and if they see then they are most likely to attack you. These sharks are huge and they grow up to 20 feet long weighing over 2000 pounds. They also have razor-sharp teeth hence the need to stay far away from their habitat. It is important that when going into the Maltese waters then you should have a guide who understands the terrain as well, as how these waters are during different seasons.

The barracudas are found deep in the ocean and they are known for their long straight body coupled with sharp teeth and large eyes which can notice prey from distance. If you are going to explore the waters of Malta then you should know the creatures that you are likely to encounter during your trip. The barracudas are usually found in the reefs, which surround Malta, and they are similar to the piranhas that are found in the global waters.

They are known for their aggressive temperaments, they usually grow up to 6 feet long, and although human attacks are rare, you should not joke around them because they can cause severe injuries. They usually have very sharp teeth and can attack you in large numbers causing dangerous cuts and even death. Barracudas can attack even animals that are larger than they are hence you should avoid them at all costs because they will attack you immediately.

In conclusion, Malta is an iconic location and you will have a time of your life when you visit the island. It is always important that you put your safety first when visiting this region. This is critical because it will ensure that you have an awesome holiday.