Morocco is a country that is located in the western part of the Maghreb region in North Africa. The country borders the Mediterranean Sea on the northern side and the Atlantic Ocean on the western part.  Other neighboring countries are Algeria to the east and Western Sahara to the west. Morocco has gained a huge reputation in the recent past and it has become one of the destinations that are frequented by tourists from all parts of the world. There are numerous movies that are set in Morocco. The country is unique and you are guaranteed the best experience when you visit it.  The culture of Morocco is a mixture of Arabic, Berber, and European cultures hence it is a melting pot of diversity where you can learn more about this country. A large part of Morocco is covered by mountains and these mountains are usually around the center and the southern part of the country.  The country is becoming a popular tourist destination because many people are finding fun things to do in Morocco. 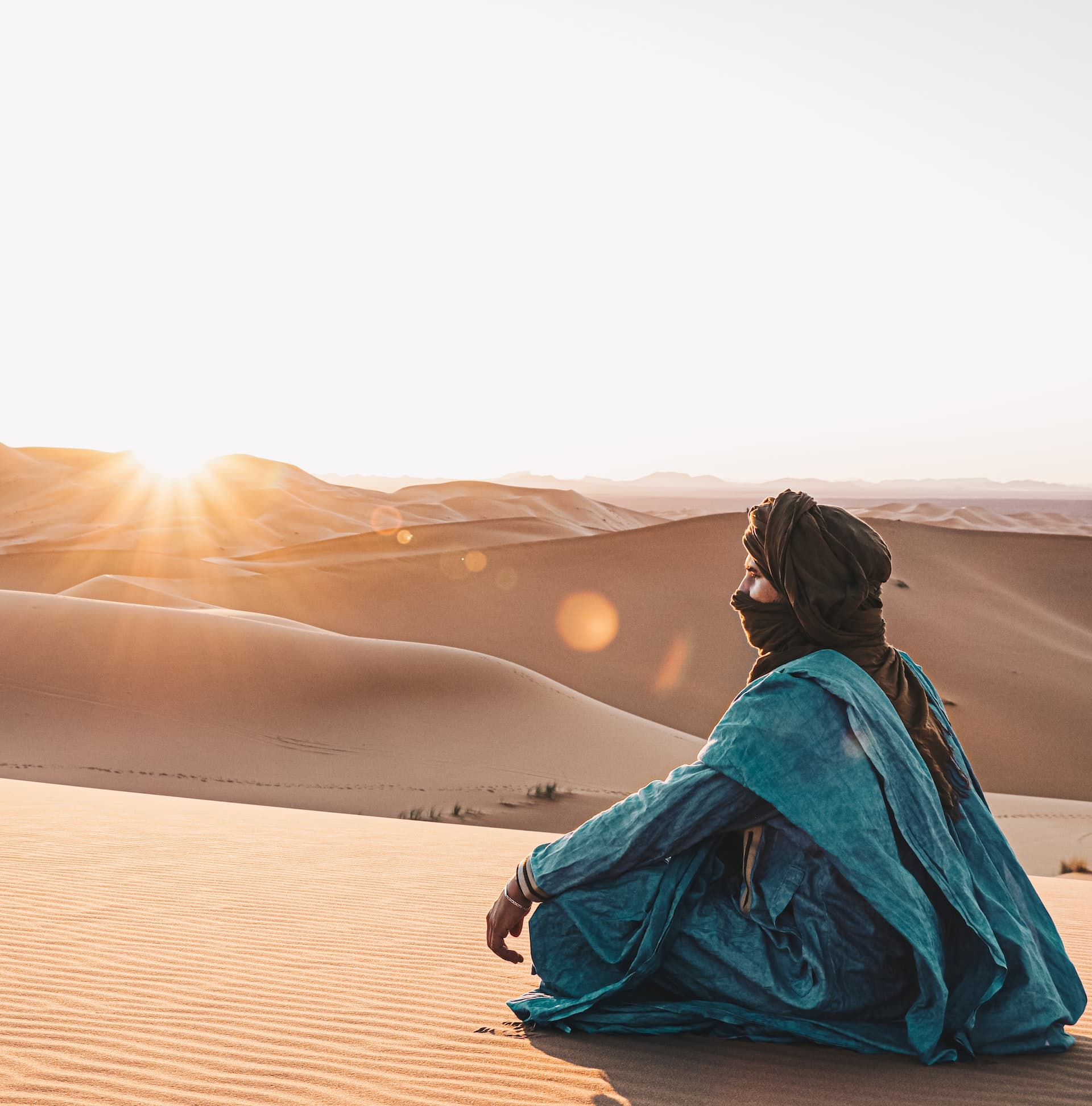 Some flights will take you from mainland Europe to Morocco as well as the United States to rabat or Marrakech.  If you are looking for a new adventure then Morocco is the perfect location for you because you will see new things about the country as well as its culture and diversity.  The country has unique cities, villages, beaches, deserts, and mountains.  It is definitely a place that you should consider visiting on your next holiday.  The food in the region is amazing and you are sure to have some of the best meals that you will find around the world.

The people in the country are friendly and you will get to know them as you traverse the country. The Barbary lions no longer move around the country. However, there is so much that you will do and enjoy while in Morocco.  As much as you might assume that Morocco is a destination without dangerous animals then you will be shocked because this is one of the locations where you will find the most dangerous creatures on the planet.  We are going to go through the animals that you are likely to encounter during your trip to Morocco. It is imperative that you are careful when exploring the different parts of the country.

The African garden wolf is one of the most iconic creatures that you are going to find in Morocco. This creature was identified as a wolf in the recent past and it is important that you keep your distance from them because they can be very dangerous. These animals were often confused with the golden jackals before they were well identified.

However, they are now identified as the golden wolf and they are closer to grey wolves than the jackals. They are very adaptive in nature and they can live in a wide array of habitats in Morocco.  Some of the regions where you are going to find the garden wolf include the Mediterranean, tropical, and arid lands of Morocco. They are also thriving in the mountains.

The garden wolf usually consumes rodents, hare, and lizards and they can also hunt larger prey such as wild boar, gazelles, and antelopes. Some cases have shown that these creatures often can be detrimental because they can attack domesticated animals such as goats and sheep.  This is the reason why farmers do not like them and they have become very aggressive. You must keep your distance from these animals because they can charge you in situations where they feel that they are being threatened.

The camel spider is an iconic creature that features in Moroccan lands. It is a spider that has a terrifying reputation because it can be a dangerous creature. The spider is also called a wind scorpion and it is neither a scorpion nor a spider.  There are stories and myths about this creature and you should look out when exploring different parts of the country for this legendary creature.

The camel spider usually grows around six inches and they are known to run at around 10 miles per hour.  They are usually very secretive and you will find them hiding in rocks and other places.  The camel spider has very powerful jaws and they usually pulverize the flesh of the victim and consume it. This can be a very painful experience. It is important that you stay away from these creatures.  Whether you are visiting Morocco for the first time or you are a returning visitor always take care.

The palm rat or black rat is a native to Morocco and it is having a reputation for biting hikers and campers. It is imperative that you watch out for these creatures because they can be very dangerous.  The bites might not be very painful. However, it is important to note that these rats usually carry a myriad of germs and disease-causing microorganisms and this can result in a very dangerous infection to your body. You should always take time to make the right decision on the places that you are going to spend your places.

This is essential because you can avoid areas that are of concern. Some of the diseases that are often carried by these rats include toxoplasmosis, leptospirosis, and other very fatal infections that can come from the rats. Always stay in a safe place because this will help you avoid them and their disease-causing bacteria. If you are going to go camping or hiking, then you must have the proper footwear and sleeping materials, as this will help you protect yourself from the bites from these rats.

The puff adder is one of the most dangerous snakes that you can encounter during your trip to Morocco. The incidences of snakebites in the country are very high and you should be careful when moving from one area to another. The snakes are roaming all over the country and you should watch out for them. During the summer months, these snakes come out and they often attack people in rural areas. It is essential to note that you could be part of a team of people traversing the country and when you do not know what to do then it could be a challenge because the snakes can bite you.  The puff adders can thrive in a wide array of environments and it is important to note that you will see them in different parts of Morocco during your visit.

These snakes usually lie still in residential areas and they can bite as soon as someone comes into contact with them. The venom strength of these snakes is very high and you should be careful when exploring the region. The bites can be fatal because the venom is known to cause paralysis of muscles and this will affect the breathing system causing death.  In a situation where you are bitten by a snake then you should seek immediate medical attention.

The horned viper is another creature that you should avoid during your trip to Morocco. These snakes are known for their appearance and they have two horns protruding from the head. They are usually with zigzag lines all over the body and you should be careful when moving around the country to avoid any interactions with them. They usually have a unique camouflage and they are doing extremely well in desert habitats.

The horned viper usually has a distinct way of showing you that it is about to bite, first, you will hear a hissing sound then it curls itself.  When walking in the desert then it is important that you take your time to review the surroundings to avoid the areas that are inhabited by the horned vipers.

The striped hyena is one of the most dangerous creatures that you are going to find in Morocco. These hyenas are usually thriving in the Atlas Mountains and they are very intelligent animals hence you should be careful about how you interact with them.  They are the most distinct hyenas in the world because of their stripes and unique body shape as well. The front legs of the striped hyena are longer than the back and this makes them walk in a manner that they are on a slope.  The hyenas are scavengers in nature and do not often kill their prey.

However, you should not rule the chances of this creature attacking you when they are hungry.  The hyenas are very intelligent creatures and they have a unique body shape with bushy mane and striped coats.  They usually carry disease-causing microbes and you should be careful when passing through the areas that are inhabited by these striped hyenas because they can be very dangerous.  However, if you are attacked by the hyenas then you should make an immediate visit to the clinic.

Wild boars are some of the animals that you should avoid during your trip to Morocco. They are usually similar to domesticated pigs.  However, these are known to have tusks and they tend to be darker in color. They usually do not like interacting with humans, however when food is scarce around their habitat then they are forced to get out of their comfort and seek food in human settlements. These wild boars are very aggressive, unpredictable, and intelligent and can attack you within a minute because they are often very ferocious. It is always important that you keep a proper distance from them as you explore Morocco because this helps you make the right decision and avoid injuries.

They have very strong muscles, sharp teeth, and tusks and can attack at any moment.  With the dwindling numbers of the apex predators, the wild boars have become many across Morocco and they are a nuisance. When they are nursing their young ones or when mating, they can be very dangerous and aggressive and you should stay away from them. However, in the event that you are attacked by these creatures then you should seek immediate medical attention.

This is one of the most exceptional spiders that you are going to find in the country. They are cartwheeling spiders and it might be very difficult for you to believe that there is such a creature until you see them.  This spider is usually pale brown and when it is threatened it runs away flipping from end over end in a gymnastic way you should be careful about these spiders because they can cause severe bites.

They are very precise with their movement and the précising in the stings as well.  This spider is endemic to Morocco and it has a venom that is known to cause the death of cells and tissues as well. When it is threatened, it usually releases venom, which might be fatal when people who are highly allergic come into contact with it. Some of the symptoms of the venom attack include irritation, bleeding, irregular heartbeats, and in some cases loss of consciousness. 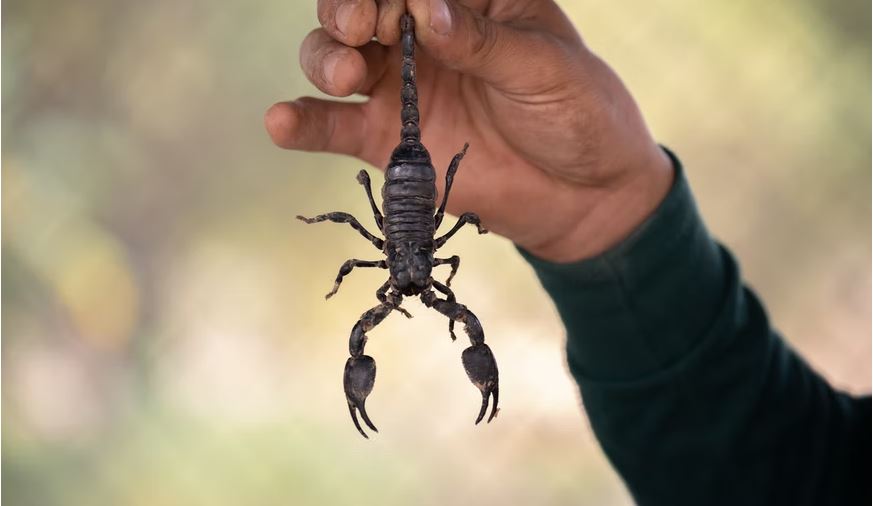 Morocco is a country that is diverse and rich in fauna and flora. There are over fifty species of scorpions in Morocco and you should be ready to interact with some of them during your trip. You must stay away from the areas that are infested with mosquitoes. When you do this, you will reduce the chances of attacks from these creatures. They are the most venomous species that you are going to find in the country.

The venom from the scorpion is enough to kill an adult and it is imperative that you should avoid the areas that are inhabited by them. Their sting is very painful and you will experience the most excruciating pain. Children and the elderly are at risk more because when the scorpion bites then you are sure that it might cause fatalities.  When traveling with the elderly or with children then you should know these places and avoid them so that you do not end up with fatalities or hospitalizations.