Few months ago I visited Strasbourg which is an amazingly beautiful city in France, so I thought that it would be nice to visit some more bigger French cities.

Dijon is actually a capital city of France region called Burgundy which is famous for it’s wines, gastronomic heritage and outstanding architecture. 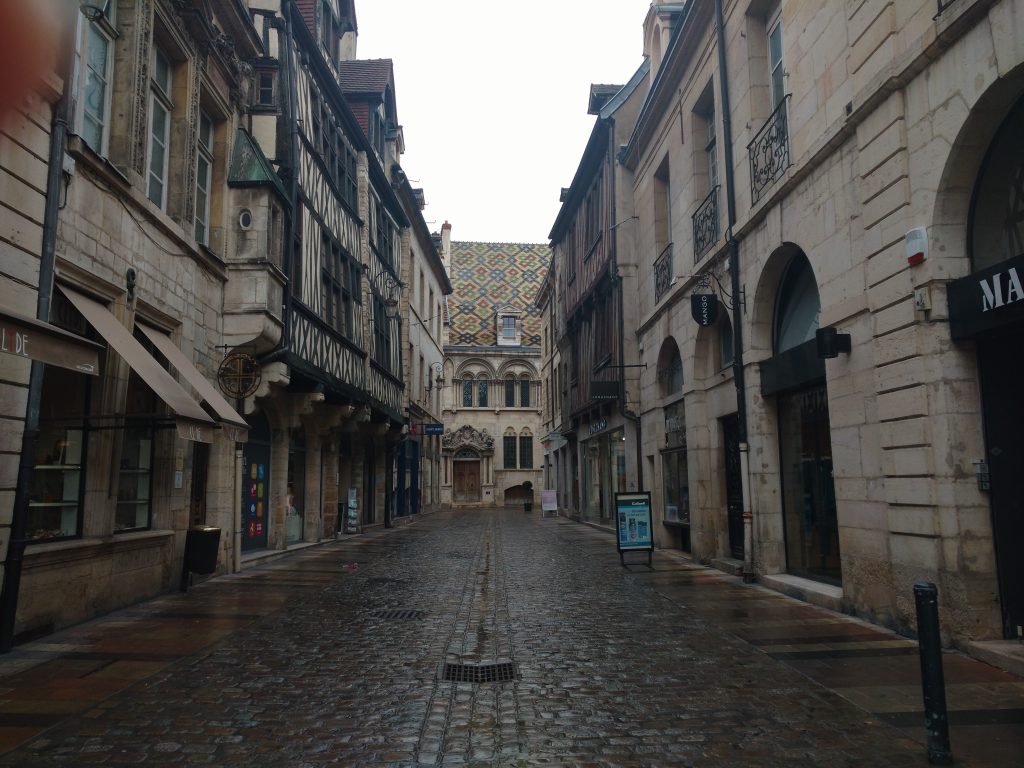 The city itself is not that big, the population is just over 150 000 people, so it is never too overcrowded.

What actually kind of ruined our exploration of Dijon was rain and it rained all the time we were there.

So to avoid any bad moods and getting wet, we decided to enjoy french cuisine in a local restaurant and it was the best decision we made that day.

At first glance it’s very very small, but very very cosy and french. It has those small tables with those quadratic tablecloths 🙂 It looks like from the old french movie somewhere in middle of France, in year 1950 🙂 Very nice, very cosy, very tidy, very friendly and to put it all into one word: french 🙂 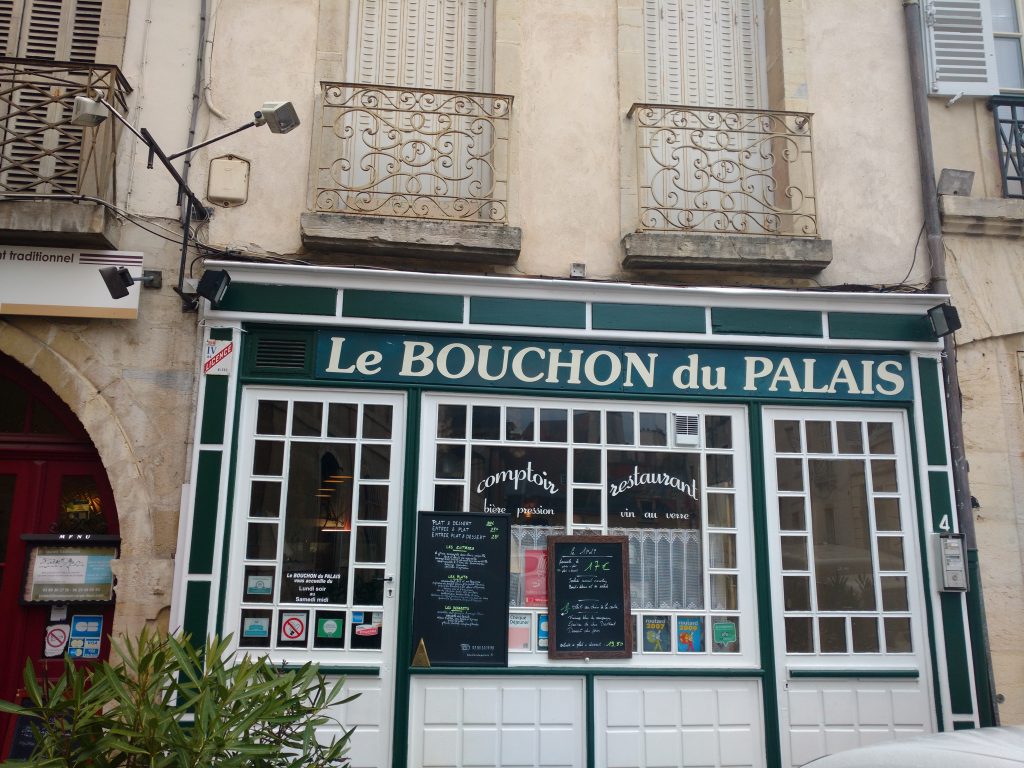 Le garcon, the waiter wasn’t very fluent in english, but I just love when person try their best to communicate in language they do not know that good. It’s always a good sign of good restaurant, when people try instead of giving up. They welcome instead of showing that they do not care about the tourist who maybe won’t come here again any time soon.

All the menu was in french, no english 🙂 So our waiter took the time to translate all the dishes which was very nice of him. Well, I do not know too much about french cuisine so we kind of picked what sounded the best for us.

For starters we chose 6 snails, 3 to each of us 😉 And it was very very very delicious! Not overcooked with a perfect mix of seasoning. I used those snails eating tools for the first time, but it wasn’t that difficult 🙂 I think the chinese sticks are much more difficult when you use it the first time. 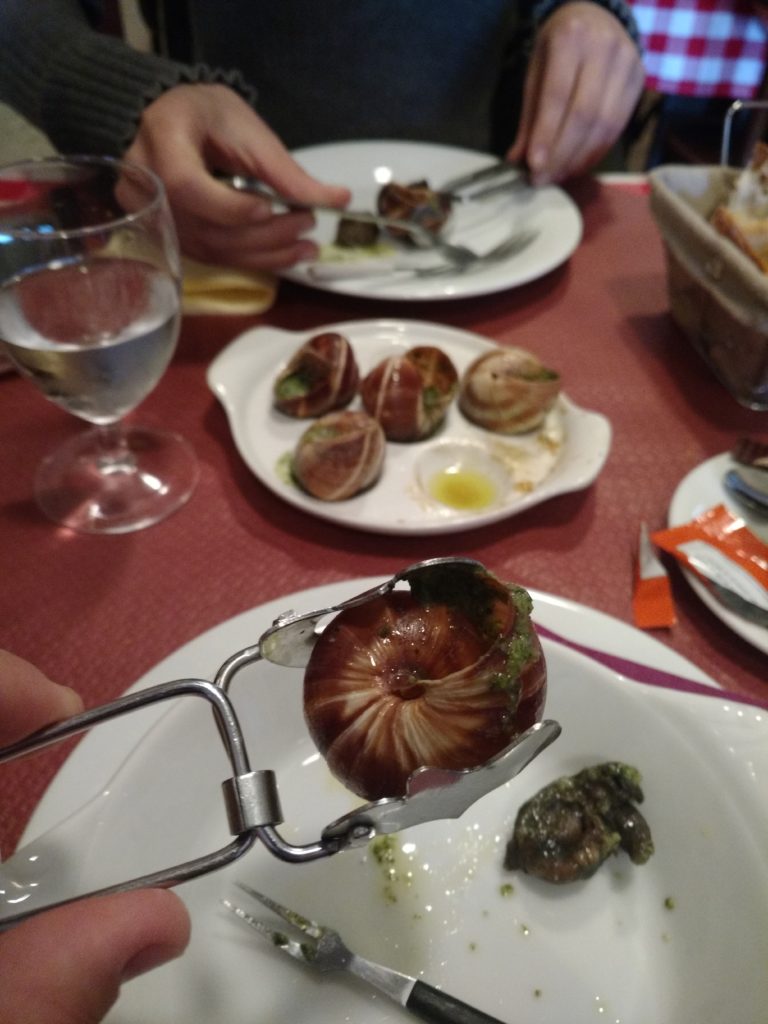 I have to mention as well, that the waiter brought us as much bread as we want, which is great as we were quite hungry before lunch 🙂

After snails we got our main dishes. My dish was called: Supreme de poulet facon Madame Gaston Gerard. Ok, to simplify it: it was a chicken dish. Ant it was aaaaaaamazing! Maybe the best chicken I had in my life 🙂 It was very well prepared and the sauce was phenomenal! 🙂 Bravo! Compliments to the chef! 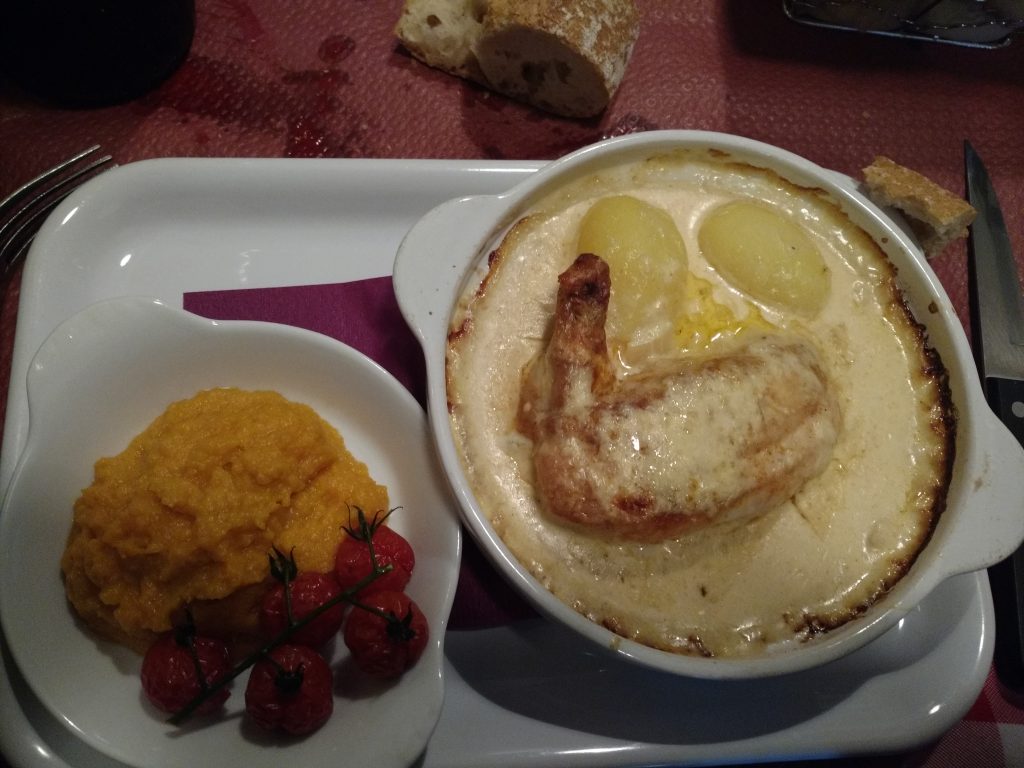 After the main dishes we ordered our desserts and this is where I made a small mistake: my dessert wasn’t actually a dessert, it was a white cheese with spices. It’s a nice dish, but it wasn’t sweet (as it is what I expect from dessert). After chicken it was just too much for me 🙂 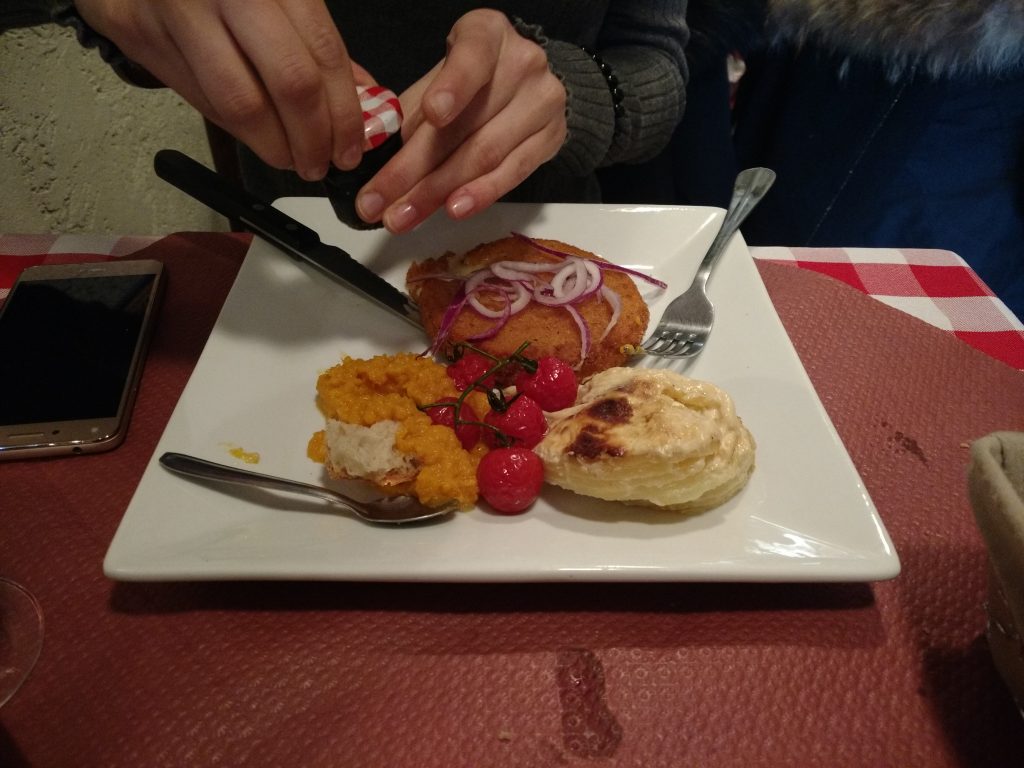 My girlfriend ordered creme brulee which was impressive as well. Sweet, fresh and light at the same time 🙂

To sum up, this restaurants gets 10 points out of ten 🙂 I love it!

The city itself I think have many things  to offer, but unfortunately we didn’t have a chance to do that:)

It has very nice squares, churches, old town, restaurants and many other things 🙂

If you happen to be close to Dijon, do not hesitate to visit it! 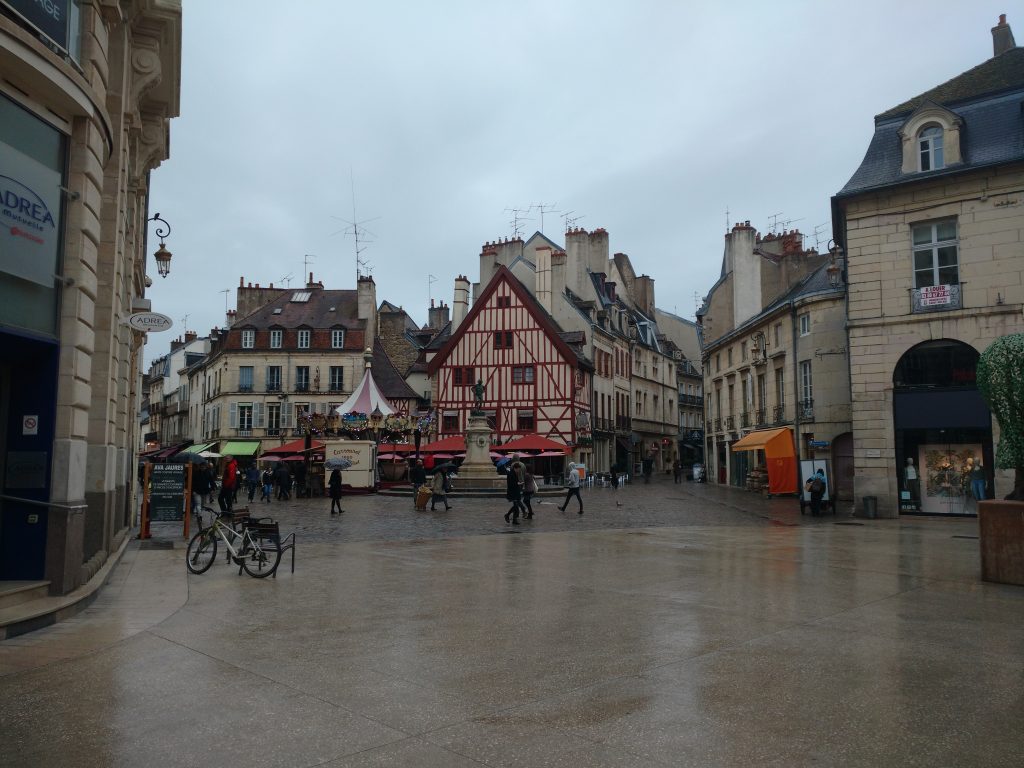