Ohio is a midwestern state in the United States of America and it is the 34th largest state in the country with a population of about 12 million people. The state has multiple water bodies around it and it is one of the most unique destinations in Midwest Europe. Ohio State gets its name from the popular Ohio river and it is one of the most industrialist states in America. The manufacturing sector in automotive production is largely in Ohio. There is a myriad of things that you can do and see in the state of Ohio. You can escape the city environment and explore the natural landscape in the region. You won’t be surprised to see many different animals including some dangerous ones in Ohio due to its diverse ecosystem. If you are looking for a cosmopolitan city then this is the right place that you should visit. There are popular cities in Ohio such as Dayton, Columbus, Cincinnati, and Cleveland.

You can also explore the natural world of Ohio by visiting the Amish country or visiting the amusement parks in the state. During the summer, spring, and fall seasons there is so much that you can enjoy in the outside environment. Some of the outdoor activities that you can enjoy include hiking, and fishing, among others. During the winter period, the state offers activities such as winter fishing and skating among other fun activities. Ohio guarantees you a fun and amazing experience during any season and you should not limit yourself to warmer months only. The bustling cities of Toledo, Cleveland, Columbus, and Cincinnati have so much to offer from galleries, museums, amusement parks, and outdoor creations among others. The cuisine in this region is unique and you can enjoy some of the tastiest meals both local and international cuisine. That aside, when visiting Ohio, it is critical that you know what to expect when exploring the state. Since nature and the surrounding is rich there is diverse fauna and flora and you should know what to expect. Here are some of the dangerous animals that you expect to find in Ohio. 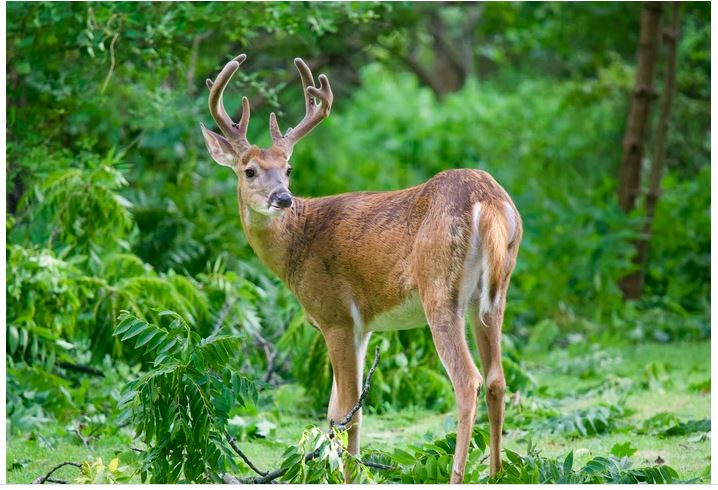 Many people might find this to be hilarious. However, this is not the case because deer are responsible for the death of 200 people annually in the United States. The white-tailed deer are known to thrive in Ohio and you should not be left behind when exploring the region because you can see them firsthand. However, always take care and follow the road signs, when you see areas where the animals are crossing you should drive slowly. The white-tailed deer is the official animal of the state of Ohio and you should watch out for these creatures.

The state of Ohio reports that there are over twenty thousand deer collisions with 800 fatal injuries and ten deaths annually. When the deer are looking for food or when the mating season is on, they rarely watch the road and they will jump from one region to another. When visiting Ohio, you should watch out for the deer and follow all road signs to prevent any injuries or death.

The eastern massasauga snake is known to grow up to 30 inches in length and it is among the smallest venomous snakes that are found in Chicago. This snake does not attack people. However, it is important to understand that they can be overly defensive in their habitat. Nevertheless, it is imperative to note that these snakes are very dangerous and they are found in wetland areas where they thrive perfectly. In many cases, they often live in the nature reserves and some poachers are still hunting the snake hence it has become one of the endangered species.

The snake usually feeds on small mammals, rodents, and other smaller creatures. The snake is known to be shy a will ambush the victim with a sudden attack. The toxin is very dangerous and will cause paralysis, lowered heart pressure, and necrosis. In a situation where you are bitten by this snake, you must seek immediate medical attention. 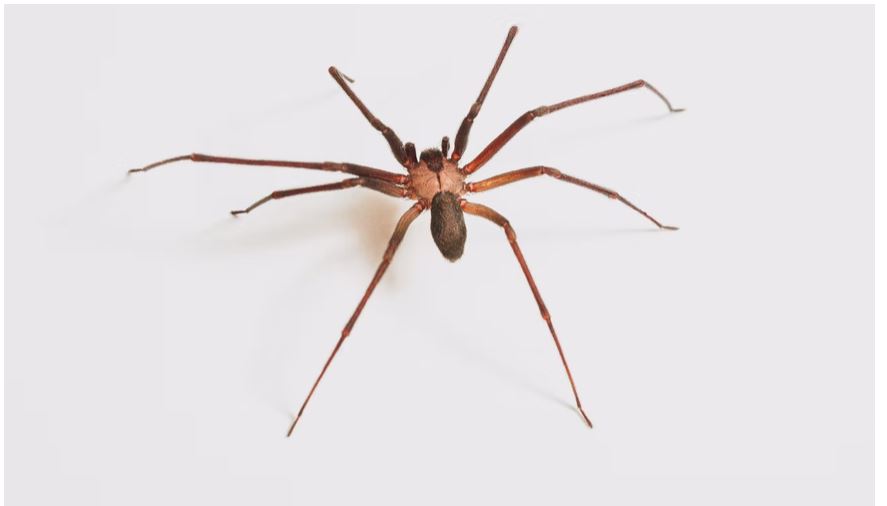 The recluse spiders are another species of spider that you should avoid when visiting Ohio. These spiders are characterized by violin-shaped bodies and they often grow from a quarter-inch to two inches. These spiders have six eyes and these eyes are arranged in two rows each of three eyes. The recluse spiders often prefer to live in dark areas and secluded places where they can build their nests and you will find them in woodpiles and around rocks. Unlike other spider species, the recluse spiders are known to leave their nests at night to hunt. The male species are the most active and they will often attack when they feel threatened. The bites from these spiders deliver a low dosage venom that will cause swelling, necrosis, and lesions among others. They can attack bare skin and when you are in the region you should be careful.

The brown recluse spider is a dangerous spider that can grow up to a quarter an inch and it is characterized by a brown color and a violin-shaped head. The spider is more rampant in the southeastern states and they are venomous spiders. There are cases in Ohio where these spiders have become a menace and hence the need to check out the area that you are going to stay in for such spiders. The sensitivity of the bite varies from one person to another and you must evaluate different areas before the visit. If you are highly allergic then you must take your time to evaluate different areas that you are going to stay in to prevent any bites or infections. 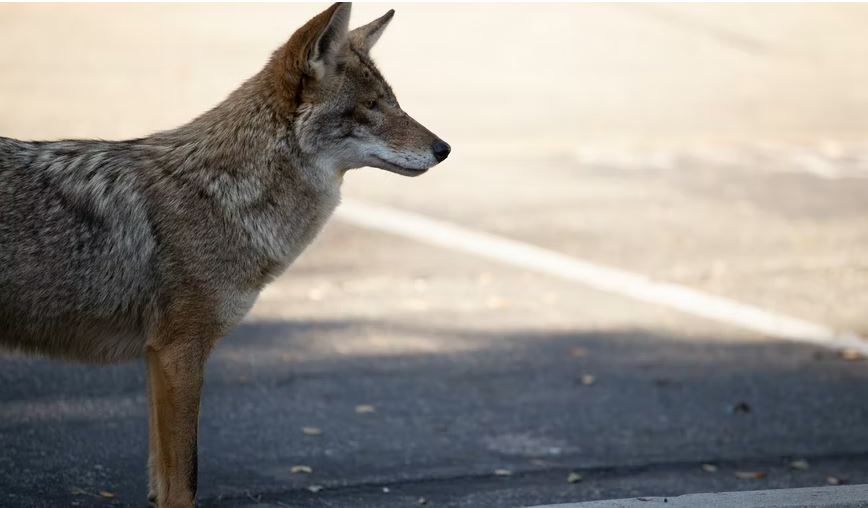 The coyotes are very versatile creatures and they are known to adapt to different climates and environments. According to recent data these creatures are there in the state of Ohio and in as much as they are associated with desert climates, they are thriving in the state of Ohio. The coyotes are popular in Ohio and they are very dangerous creatures because when they are hungry, they tend to attack people. Although cases of human attacks have not been documented it is critical to note that when these creatures are nursing their young ones or when they are hungry.

The northern copperhead is one of the most dangerous snakes that you can find in the midwestern states. Although this category of pit viper does not have a high toxin compound, you must be careful about what you are expecting. The northern copperhead can grow up to 3 feet in length and it is more common in Ohio. These snakes are usually nocturnal and they are very active during the day in fall and spring. They usually consume a wide array of small mammals, insects, rodents, and caterpillars. They are characterized by their ambush technique because they do not hunt their prey.

The northern copperhead usually ambushes its prey in a tight position and consumes them when defenseless. The northern copperhead will not slither away, rather it will use its unique camouflage to blend into the environment. In most cases, people are bitten for stepping on one of them because they are very good at camouflage. The CDC indicates that the northern copperhead is responsible for many snake bites in the midwestern states and the venom can be dangerous although not fatal. If you are bitten by this snake, you must visit your nearest clinic as fast as possible.

The snapping turtle is one of the dangerous creatures that you should avoid when visiting Ohio. They have very strong jaws and they snap at lightning speed. According to data, the bite from these turtles is strong enough to snap your fingers and tiny bones. The common snapper is the largest turtle and it can grow up to 18 inches and weigh 35 pounds. It is important to note that these creatures are very dangerous and they can grow up to eighty years. The males are larger than the females.

They are very aggressive against each other and other species. They stay of human beings as much as possible, however, they are dangerous that can cause bone breakage among others. They aggressively defend their territory and will attack when necessary. Although there are a few cases of snapping turtles injuring humans, these creatures should be treated as dangerous.

The kissing bug or what is commonly called triatomine is a native bug of Ohio. These kissing bugs are known to be in different areas of Ohio. These tiny creatures are usually tiny, the size of cockroaches and they usually feed on blood from larger animals. The triatomine got their name kissing bug because they like biting the humans and other creatures on the mouth or softer parts of the face.

The bites from the kissing bug are dangerous and they often cause swelling, difficulty breathing, and lowered blood pressure. It is imperative to note that the kissing bugs are carriers of Chagas disease and this can be fatal to some patients who are infected with it. 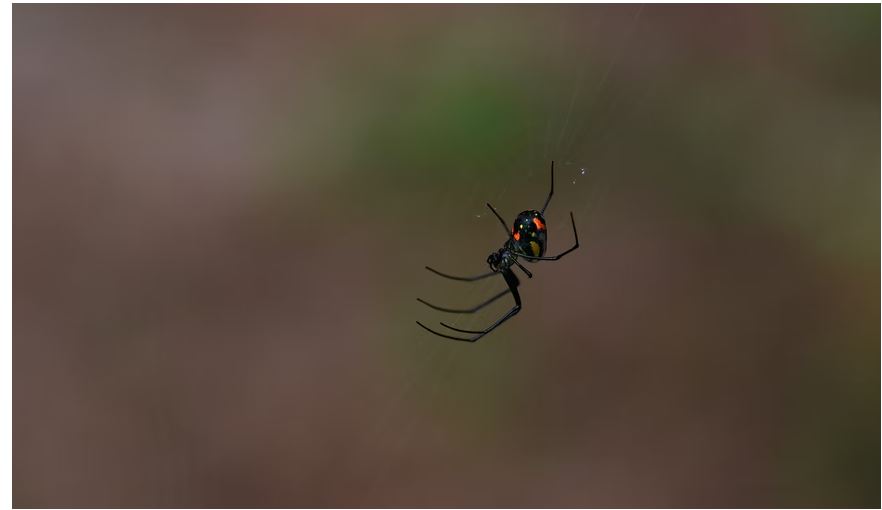 The black widow spiders are popular in Ohio, they are characterized by their hourglass marking and they are very dangerous spider species that you should stay away from when visiting the state. The black widow spiders are shy and will tend to hide most of the time. However, it is critical to note that they can be very dangerous whenever they feel provoked. They have a red hourglass on their belly and the female spiders are the most dangerous species of them all. You must avoid these creatures.

They thrive in abandoned buildings, crevices, barns, and wooden houses. The bite from this spider will feel like a small pinprick, however, it is very dangerous because once the venom is injected into your body it causes diaphragm paralysis, cramping, nausea, and vomiting among others. Some people who are highly allergic will experience difficulty in breathing and this can cause death in some cases. 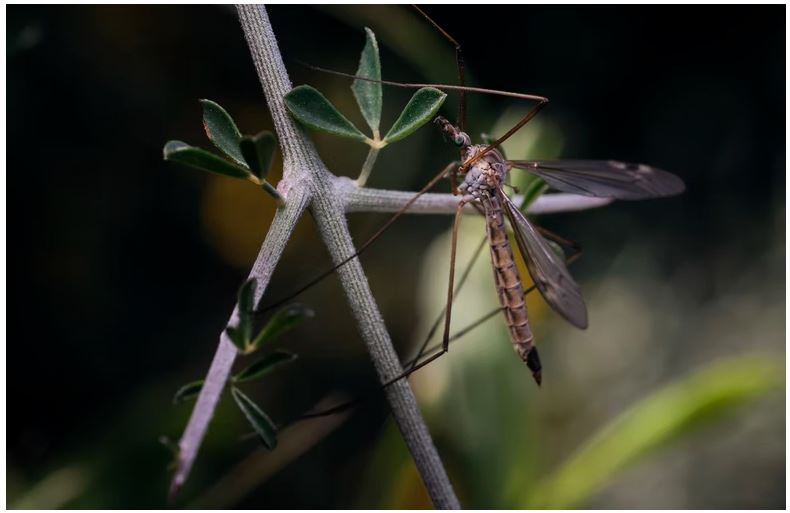 The mosquitos are, on the other hand, known to cause malaria, zika, dengue, and West Nile virus and they usually come with other conditions. It is important to understand that when you are traveling to these areas that are rich in waterbodies you should always carry mosquito repellant and bug spray.

The timber rattlesnake is the most venomous snake in the North American continent and you should avoid the snake whenever you are exploring Ohio. The timber rattlesnake is large and most of them grow up to a length of 6 feet you should watch it critically. The venom from this snake is classified as very lethal and when visiting the region, you should avoid it. These snakes have become endangered and they have become more aggressive because they want to attack anyone affecting their habitat.

Unlike its counterparts, the timber rattlesnake is known to inhabit areas where humans live and although they tend to avoid humans, you should be careful because it can attack you any time of the day. They usually rely on their specialized camouflage to deal with different prey because they avoid detection and attack immediately. If you are bitten by this snake, you should seek medical attention immediately because it may turn lethal.

In conclusion, the state of Ohio presents a unique opportunity for you to explore the natural environment and do fun activities. However, you should be careful when exploring, the areas and always take heed of the local health department and always ensure that you have a local guide who will guide you through some of the dangerous places.