Texas is a unique destination that many people from different parts of the world visit to explore the things and places you can visit. Texas is home to country music, amazing barbecue, football, ranching, among other renowned features. Texas should be among them when looking for a place to visit in the United States. Texas has a large area that animals inhabit, from the smallest, most significant to the largest in the country. There are different species of mammals, reptiles, bugs, and other creatures that inhabit the regions. The state has the fusion of zones that blends different climatic conditions hence a hub for different species to thrive. The expansive area of the coastline creates a subtropical movement of winds, making the nearby area have a hot and dry climate.

However, the Midwest winds sweep across the other region, bringing more rains hence a warm and humid climate. The hot and dry climate is favorable for bugs, reptiles, and dangerous mammals. It is important to note that when you are traversing the state, you can explore unique features only available here in Texas. Therefore, it is always recommended that you arm yourself with adequate knowledge about creatures and animals that can be very dangerous to you when visiting Texas. Here are some dangerous creatures that you should avoid when visiting Texas.

These microscopic creatures thrive in warm water and eat the human brain. When infected with the amoeba, they move to the brain via your nose, and they are very dangerous organisms. The amoeba is in the water, and when you use contaminated tap water to flush your nose, you get the bacteria.

Health experts recommend keeping your head dry when you are in the lake or stream where the temperatures are high or warm. In addition, it is recommended that you avoid warm water bodies. The cases for these brain-eating amoeba are very few.

These are also popularly known as panthers, mountain lions, or pumas. They are the most dangerous animals in Texas. They are very ferocious, and they are likely to attack you when you encounter them. These big cats are all over Texas, and when you visit the state, you should be careful about your interaction as you explore the area. They live in the bushlands, and many of them are carnivorous.

The cases of human attack are very few and rare in Texas. According to research, cougars are most likely to attack when they are nursing their young ones or starving. If a cougar attacks you, you must visit a hospital as soon as possible so that the doctors can look into your situation and give you the proper medications.

The cougar is most likely to attack when it is starving or a juvenile looking for new territory. Then, the cougar will attempt to bite the neck of its victim to subdue them. If you are unlucky enough to encounter an aggressive cougar, you should not play dead or stand still; instead, you should engage in direct eye contact, shout, and use sticks and rocks to frighten it away. 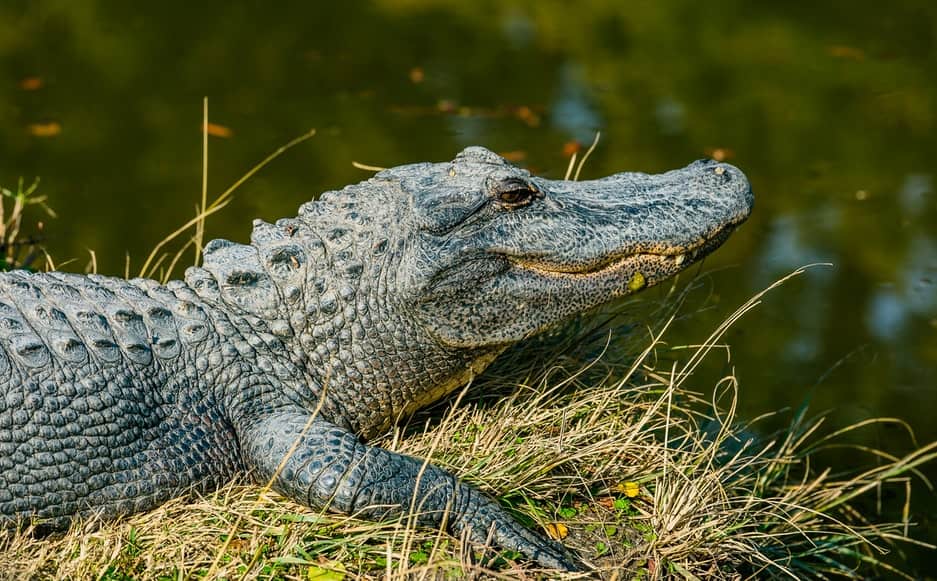 Texas is home to some of the biggest alligators in the country. The alligators are not as aggressive as their counterparts. On the other hand, the crocodiles are very aggressive, and they are likely to attack you when you encounter them. The alligators are good at camouflaging because they can make themselves disappear from the environment.

The alligators have very strong teeth, and their tail is also muscular and can easily attack the victim when they encounter them. The alligators do not attack humans, and there are very cases of this animal attacking people. However, you might visit a place and find them when they are nursing their young ones or hungry. During this period, they are likely to attack you. Always keep a safe distance from the gators’ habitat.

The Spanish explorers introduced the wild boars to the American continent who came to the country. During the 16th century, these hogs were usually domesticated, and since their consumption was lesser than the supply, the population of the feral hogs grew to a huge uncontrollable number. The hogs are usually very territorial, and when you are in their habitat, they will attack you aggressively.

It is essential to understand that you shouldn’t interfere with them when they are eating or with their young ones. They usually feel threatened, and they can injure you with their long hard tusks. The wild hogs are muscular, and they can grow to a height of 1.5 meters and with a weight of over 400 pounds. The hogs usually attack by charging, and if these wild boars attack you, you must seek medical attention immediately. They typically carry bacteria, germs, and other viruses because of their dirt and constant digging. 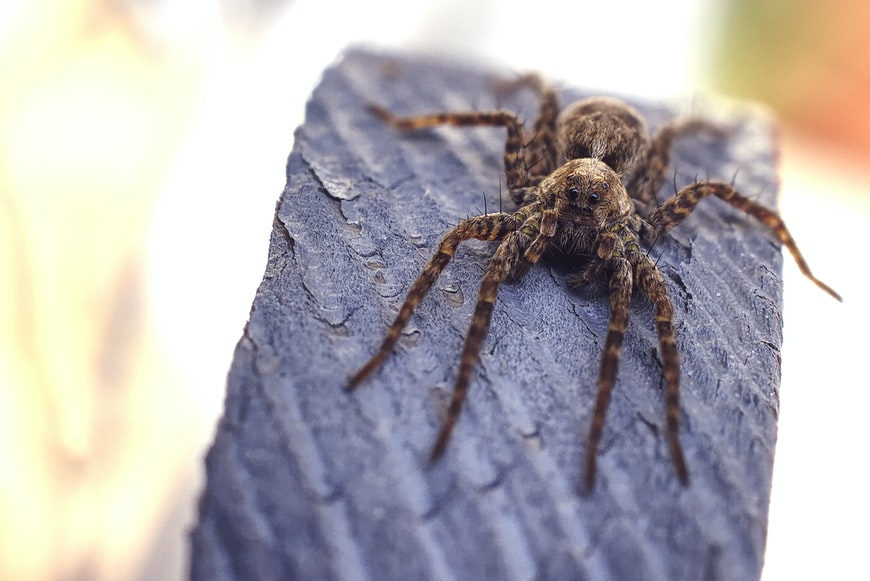 Texas has three spider species: brown recluse, tarantulas, and black widow spiders. The tarantulas found in Texas are usually very hairy and are about three inches long. You can find these creatures in the evening roaming around because this is the time that they are looking for food. The bite from a tarantula can be excruciating because they are often vicious and not lethal. On the other hand, the brown recluse is a dark and violin-style spider with venom on its system that when it stings you, you will feel a very sharp pain, difficulty breathing, and lowered blood pressure.

The venom usually causes cells to burst, which begins a necrotizing ulcer, leading to cell death. They form gangrene, and if you do not treat it immediately, it may turn out to be a permanent feature. The southern black widow spider in Texas is highly venomous, and you should avoid it. The black widow spider eats the male after mating, and their venom cause swelling of the area that it bit you, breathing difficulties, and lowered blood pressure. You should be careful in the areas you are exploring to avoid interactions with these spiders.

There are numerous species of scorpions around Texas, and these are usually small in size, measuring up to 2 inches. The scorpions usually have some venom in them. In as much as the venom is not lethal to human beings, the feeling of being stung by the scorpion is a horrible experience.

In most cases, the poison from the scorpion will cause an allergic reaction. Some of the features include rashes, swelling of the sting area, difficulty breathing, and a rise in body temperature. If you are stung by a scorpion, you can see a doctor immediately to give you antivenom medication. 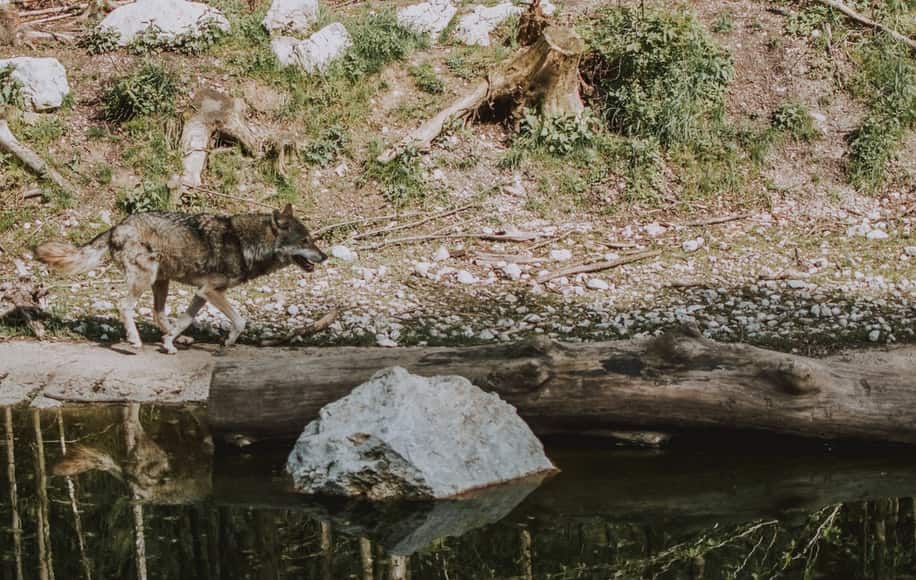 These are common around Texas, and they are a pack of wild dogs. These wild creatures are more of a threat to livestock than human beings. However, they do not fear humans, and if they are hungry, they might bite you. You must stay far from these creatures because a single bite can give you rabies and other diseases. 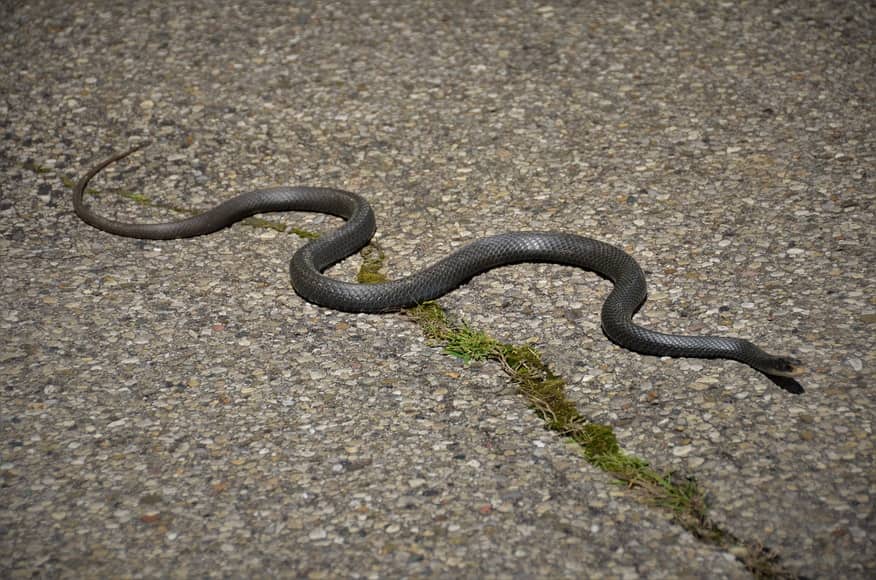 There are four main types of venomous snakes that you can find in Texas, including coral snakes, water moccasins, copperheads, and rattlesnakes. The rattlesnakes are the main contributors to snake bites in the United States, and the pit vipers characterized by triangle heads are the main snakes that bite and inject venom to the victims. Their fangs are precise, and when they bite, they deliver venom to the victim, which begins the process of cell lysis.

It is important to note that the effects of snake venom are fatal if they are not addressed immediately. On the other hand, the cottonmouth is more of an aquatic snake, it is brown, and it has a moniker on the mouth. Coral snakes are characterized by the colored bands that cover their bodies and depend on the sex of the snake. They change color from yellow, red to black. Venomous snakes are dangerous, and you should avoid them as much as you can during your trip.

The kissing bugs, popularly known as chinches, consume blood and often do this by biting. The bugs will bite you in the face around the mouth and eyes, and that is where the name originated. These kissing bugs are often infected with parasites and can cause infections in humans.

When they bite you, the bacteria in the bug will cause you to develop Chagas disease. Diagnosing this condition can be pretty challenging because the symptoms will take weeks to show. Chagas disease is characterized by an enlarged heart and intestinal problems. The disease may seem mild, but it is known to be fatal in some cases.

Texas is home to many stinging insects such as blister beetles, bees, and wasps. The most outstanding stinging insects are the fire ants. There are several species of these ants, and when visiting the state of Texas, you should be aware of how the ants operate. The red fire ants are the most dangerous and very aggressive. The fire ants will sting and bite you if they feel threatened or see that you are affecting their colony.

The sting from these ants is painful, and it causes a burning sensation on the area of the bite. If left untreated, the fire ants will leave bacteria on your skin, which often causes swelling and other infections. For many allergic people, this can be a problem because they will develop pustules and infected areas of skin which is often dangerous. It is important that if the fire ants’ bite or sting you, you can seek immediate medical help.

The nine-banded armadillos are very noisy when they are looking for insects and other foodstuffs. However, research has shown that over 25% of the nine-band armadillos often carry Hansen’s disease or leprosy. These armadillos usually acquire the microbes that cause leprosy, and they often transfer it to humans when they interact with them.

Any contact with armadillos will give you the microbe that will cause leprosy. There are fascinated by the armadillos and want to handle them or consume their flesh. It is critical to note that it is an insufficient exercise, and you will catch the microbe that causes diseases.

The stingrays are another group of animals you should watch on your trip to Texas. Different species of stingrays live in the Gulf of Mexico. The stingrays may not attack you without any provocation or if they feel that their habitat is being compromised. Instead, they stay in the waters, and when you are swimming, they might strike you with the tail and deliver venom that is known to cause allergic reactions, breathing difficulties, lowered blood pressure, among other conditions. When the stingray attacks them, many people feel severe pain before becoming too weak, which may lead to injuries or even death by drowning.

The whitetail deer may not be one of the animals you expect to attack you. However, according to reports in Texas, these deer can be very dangerous, especially if they are nursing their young ones. In addition, the male species may attack you when they feel that their territory is compromised or if they think that you are attacking them.

The mountain lions are famous in the Trans-Pecos region and some bushland areas in hill county. The state has reported very few cases of mountain lion attacks. However, recently the cases have been rising for people hiking and exploring nature in these areas. The lions often feel attacked when you get to their habitat, and they will charge at you. They have very strong teeth and muscles, and they might tear your flesh and break your limbs. If you encounter the lions, then it is critical that you back away or stay away from them.

In conclusion, Texas is a great location that you should visit during your tour to the United States. There is so much to do and see in Texas, and you can explore them while keeping safe from the dangerous animals in the area.