Greenland is gaining huge popularity in the recent past because people are looking for areas that they can explore. Despite the land being filled with a sheet of ice throughout the year, Greenland is a unique destination that you should explore in your lifetime. The country’s mountainous region is entirely filled with special features that you can explore. Besides, most of the areas in Greenland are characterized by the arid climate, and it is a unique location where you can check out some of the best features that this fantastic location has to offer. Therefore, when visiting Greenland, it is better that you have good information upfront to be aware of the challenges you are bound to experience during your trip.

Visiting Greenland is not a simple task because of the extreme climate that the country experienced throughout the year. However, this does not mean that Greenland does not have the best features that you are looking for in a tourist destination. Greenland is home to some marvelous fish, whales, birds, land animals, and others despite the climate. The ecosystem in Greenland is unique, and this presents a better opportunity for different animal species to thrive in the region. Greenland should be on top of your list when looking for the best place you can visit because people rarely visit it, and you can experience an uninterrupted ecosystem.

Over 70% of the land in Greenland is filled with ice throughout the year. It is important to note that Greenland has the largest national park globally, hence the right place where you can explore the different environments and enjoy some of the fantastic features that this arctic paradise offers.

Greenland is a perfect location where different animal species and some of these animals are docile. In contrast, others are very dangerous hence the need to be careful when visiting this destination. The national park is relatively accessible, and it is so vast that you have the chance to explore all the wild nature and get to under the different aspects of this country.

Since Greenland and Iceland share the same kind of weather and geography structures, you might want to check the dangerous in Iceland as well as the differences between Iceland and Greenland to get better ideas for your vacations.

This spider is usually tiny and is about 1 centimeter long. It is a thin-legged spider that is the largest in the country, and you should be careful when exploring the country because it can be dangerous. The venom from the spider can cause severe anaphylactic shock and swelling. There are usually found in the arid and semi-arid regions of Greenland.

It is important to note that Greenland has over seven thousand reindeer across the country. People brought the reindeer in the 18th century, and ever since, they have been multiplying and covering the landmass. These animals usually spend most of their time closer to dams, mounded hills, and rivers, and you may often assume that these animals are docile and timid, just as they are usually on Christmas cards. However, this is not the case, and you can experience one of the most severe injuries when you interact with the reindeers. Whenever they feel threatened, they will attack the victim and cause severe injuries with their horns.

It is important to note that the reindeer will avoid humans in most cases. However, it is important to avoid them or keep their distance because they turn violent, especially during mating. The males are highly volatile and will try and protect the herd of females. Therefore, you should keep your distance and watch these awesome animals. Their antlers are sharp, and they can cause severe damage.

This is one of the largest animals that can be found in Greenland. This is a very powerful animal with huge muscles, a short compact body with a huge head, short legs, and dark brown fur. The musk ox can weigh up to 500 kilograms, and it stands at 1.6 meters tall. Its horns curve downwards and outwards, which is the most dangerous feature of this creature. When they feel threatened and need to attack, they will attack you with the horns.

They are mostly found in the northeast of Greenland, and their population has been growing over the years. Therefore, if you encounter these animals, it is better that you take time to know them before approaching them. Take caution because you do not want to be injured by their dangerous horns.

This is one of the animals known to do a significant yearly migration from the Arctic and Antarctic circles. When visiting Greenland, you should always be careful to avoid injuries that they can cause. They spend most of their time on the arctic circle as their breeding grounds, and they can explore the region during the summer period. Since these terns usually hang around the coastal area, they can often pose significant danger if you are not careful.

The bird can be very protective of her young ones, and you should take your time to explore the areas but always take heed and precaution. They will strike the victim’s head, and if it is an area you are visiting, then it is better to avoid places that might have nests for these birds. The birds can hang around different places in the country, and you can take time to see their method of movement and how they behave in different environments. Always take care, and if they strike, you seek medical attention because their beaks can have germs and viruses.

The Greenland shark is one of the oldest animals living in Greenland, and according to scientific data, the animal is almost three hundred years in Greenland. The shark can grow up to 5 meters long and weigh up one ton. The female species of the shark are usually the largest. It is essential to know that when you are visiting Greenland, you should avoid these animal species because they can be very dangerous and cause severe harm to your body.

These sharks thrive in cold water, but you will find them in the northeastern waters. The meat that you can get from these sharks is usually poisonous, and it is often dried. In addition, they have needle-sharp teeth, making intense bites hence the need to avoid them.

Although the polar bear is not native to Greenland, these animals have been known to drift via icebergs, and they are usually enjoying better warm weather. They can be very aggressive during this period, and you should be careful because they can bite and injure you. These polar bears usually prefer lagoons where they can get huge numbers of fish to consume.

While there have been very few cases of polar bears killing people, you should not assume that they are not dangerous. When traveling to Greenland and neighboring Iceland, it is imperative to take care of and avoid areas with a vast number of polar bears. The polar bears are vicious, and they have very high strength hence can cause severe injuries or even death. 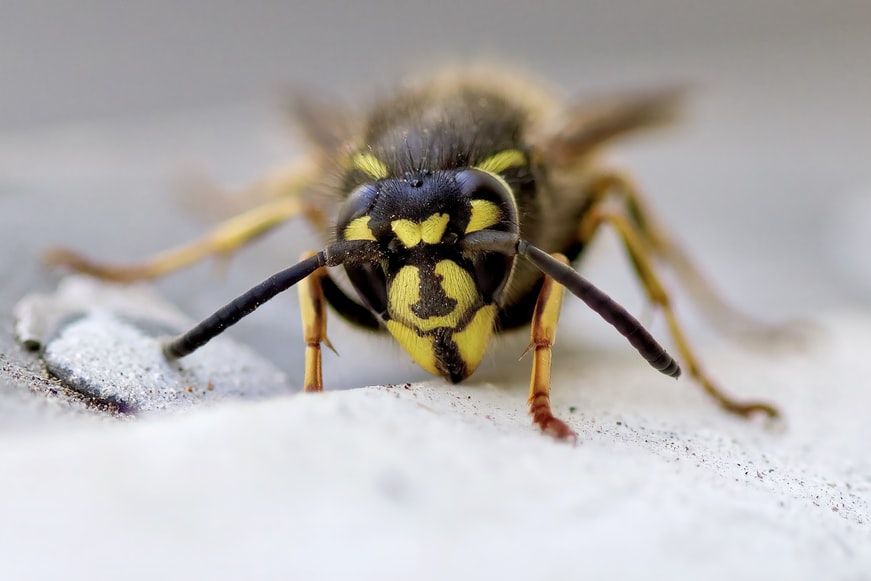 Many people tend to underestimate wasps. However, these creatures can be very dangerous and ruin your entire holiday experience. They were not in Greenland in the year before the island’s climate was severe and could not support the species. However, over time they have migrated into the country because of the changes in the environment. The wasps are known to cause severe injuries, and when they bite you, you will experience swelling, numbness, and anaphylactic shock.

It is important that when wasps bite you, you should visit your physician as soon as possible. It is important to avoid areas with a huge wasp population because there are people who are allergic to the sting, and when they are stung, they often have difficulty breathing, which can lead to fatal consequences such as death.

The seals are some of the common animals around Greenland. These animals are thriving on the banks of the ocean and sea. They are usually available, and you can see them anywhere on the coast, and you should take your time to explore the natural surrounding if you want to get the best of your trip to Greenland. You will see their heads peeking out of the waters, and they look very adorable. However, it is essential to note that despite their beautiful looks lies a very voracious animal that can attack very fast when they are provoked.

You should always stay away from these animals because they can be dangerous. They can become overly aggressive, especially if they feel that you are encroaching on their habitat. When a seal bites you, you must seek immediate medical attention. This is important because they can cause an infection called seal finger. They affect the bone marrow and joints. In addition, the seals have powerful interlocking teeth and sharp claws, and they can cause serious injuries.

This is not a dangerous animal per se because it is a small animal and mostly vegetarian. However, the artic hare is hairy, often found in most parts of Greenland. Furthermore, since the animal is usually docile, it is prey to many dangerous animal species found on the island. Therefore, you must be wary of the environment you are visiting when you spot them. 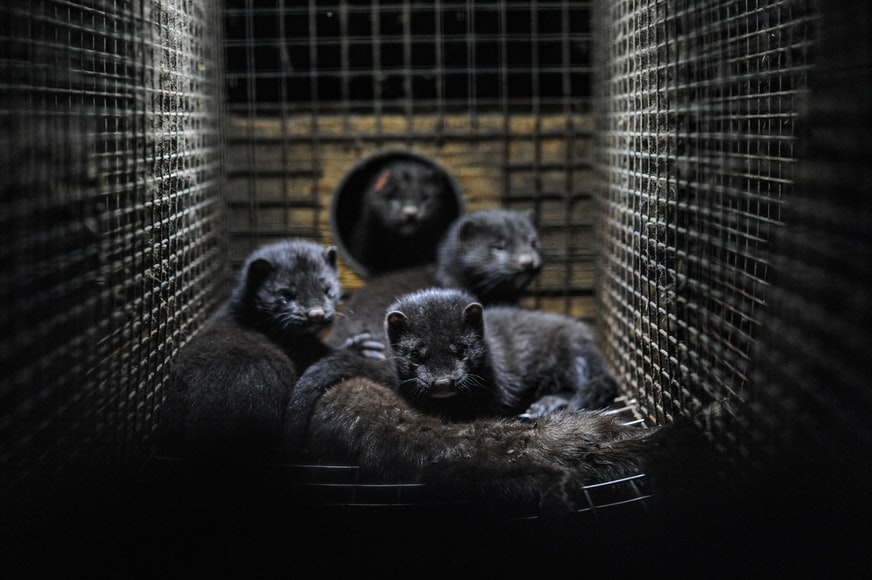 The mink or American minks were brought to Greenland in the 30s, and during this period, their coats were essential because they could help the people get warm clothes. However, some of the minks managed to escape during the domestication, and they went into the wild. Over the years, these animals have grown in numbers are now a threatening population across the island.

The minks usually like to hang around lakes, marshes, river banks. They are known to avoid humans, and attacks are rare. However, all animals have their survival instincts whenever they feel threatened. They are often vicious when their territory has encroached, and they will bite and scratch you. Therefore, it is better to avoid their breeding grounds and the areas they stay in.

The arctic fox is one of the native animals in Greenland and Iceland. They are adorable and cuddly. However, this is not the case because they can turn violent and dangerous. The arctic foxes are carriers of the arctic rabies virus; hence when they bite you, they are likely to infect you. When traveling to Greenland, it is recommended that you stay far away from these animals because you never know when they can turn violent and cause injuries.

Most of the foxes will hang around the fjords in the country because there are many birds in this area, and they thrive by consuming the birds and other small animals. Therefore, when visiting the areas infested with foxes, you should always keep your distance safe. You can use your local guide to help you access different places without the risk of running into the arctic foxes.

The sea around Greenland is home to some of the best whale species in the country. You will find over sixteen species of whales in the waters. During the summer, you will find the whales swimming in the waters as there is abundant food. Some whales have teeth, while others shave baleen, a tough keratin material that can chew food. The toothed whales are often dangerous when they are hungry. Therefore, you should be careful when exploring the waters during the summer period.

In conclusion, you should always be careful when you are exploring Greenland. This is a perfect location where you can check the best locations where you will see something that you can never see elsewhere.

What Are Most Dangerous Animals In North America ?
12 Best Things To Do In Paamiut Greenland You Must Try