Iceland is a unique destination, and you should be ready to check out the dangers you may face or experience during your trip. Some of the most common dangers apart from natural disasters such as volcanic eruptions, fissures, and unstable glaciers. Some animals pose a great risk to tourists traveling to the country.

We will delve into the dangerous animals in Iceland you may encounter during your trip and those that may pose a significant danger to your life. When you are visiting a foreign nation for a holiday or vacation, it is important that you take your time to read the safety information and research about the country before you begin your travel.

Here are some of the dangerous animals that you may encounter in Iceland.

Human settlement changed everything in Iceland. There were natural animals that were thriving before humans began settling in the country. Arctic foxes were the first animals that inhabited Iceland, they walked over the ice during the ice age, and they were left there after the ice began melting over ten thousand years ago. The arctic foxes are some of the most adaptive animals, and they began feeding on birds, eggs, berries, among other things that they could find around the country.

However, when humans began invading and settling in the country, these foxes were hunted for fur and protected livestock. There were fur farms, which made the hunting of the arctic foxes a significant threat to the development and growth of the foxes. As much as hunting reduced the population of the foxes, it did not diminish the number of foxes. They adapted to a new food, such as rodents and lambs; hence, the species survived.

There are two types of foxes the blue and white foxes. The blue foxes do not change coat but the white foxes’ change color based on the season. These arctic foxes are very dangerous because they can threaten your life when you are in a group. 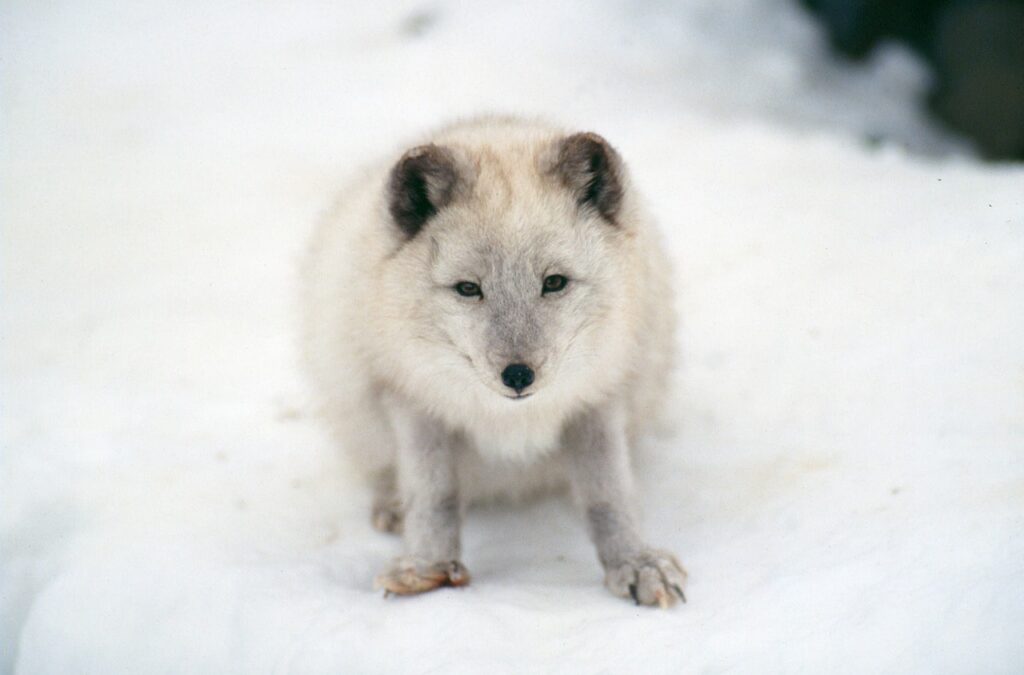 Many people tend to assume that birds are loving animals. However, the artic tern is one of the most dangerous animals when they find you close to their nests. These birds are often fiercely protective, and they will not hesitate then to peck your face, head, and body. They usually have the sharpest beaks, and you will not be comfortable at this level. Always be aware of your environment to avoid injuries.

While they may seem docile and loving animals, whales can be pretty dangerous in their natural environment, hence caring. Icelandic water is fed by the sub-arctic waters; therefore, it is a very fertile location. Many whales of different species usually throng this location, and they come to Iceland to mate and enjoy the available food. Iceland is the best location that you should visit because you can watch over twenty different whale species. The interaction between humans and whales can be good when the whales are in good spirits; however, they can be very dangerous in their natural habitat.

Many Icelander’s value whales because they were often washed ashore, and they could feed communities and supply oil that could light lanterns and candles throughout the winter period. Commercial whaling has been outlawed in Iceland, and you can only watch the whales in their natural environment. It is essential that if you are going whale watching, you should be aware of your environment so that the animals do not see you as a threat. When they feel threatened, they will attack. 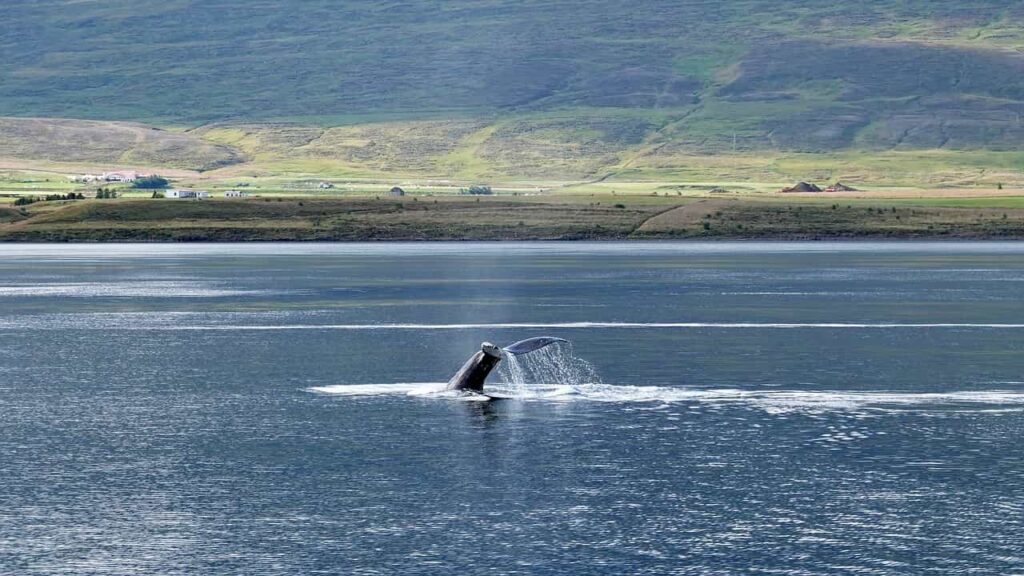 Seals usually come to Icelandic shores as a location where they bred and shed, and this has been the tradition over the year. The cold, fertile waters and uninhabited coast meant that the seals would come to Iceland regularly. The seals did not fear humans, and they continued inhabiting the Icelandic coast and growing in numbers. However, they were periodically hunted for fur, oil, and food their population began to diminish. This has made the seals wary and quite boisterous and dangerous when they are in large numbers and you are alone.

Two seal species are living in Iceland are the grey seal and harbor seal, and they live in the western fjords. Other whale species usually visit the country, including walruses, beards, harps, and hooded seals. Walruses had a large population in the country. However, over time the population has diminished because of excessive hunting.

In the early 20th century, Iceland imported minks for the sole purpose of producing far. However, as time went by, the minks’ population multiplied, and some escaped into the natural environment. They are not very popular because there are few of these animals in nature. Since they are natural animals, they tend to be protective of their environment. Therefore, you mustn’t interfere with them if you encounter them in their natural habitat. 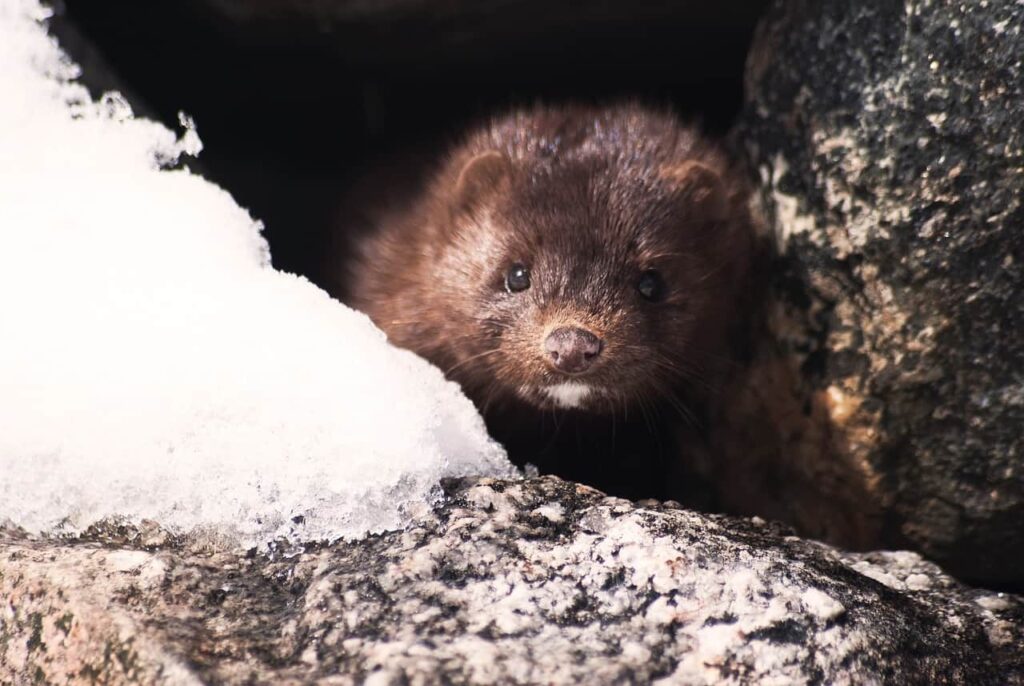 Many people tend to believe that there is a permanent population of polar bears in Iceland. However, this is not the case because they usually come from Greenland during the winter season, where they typically look for food and the icebergs melting. They travel hundreds of kilometers to Iceland. In most cases, when the polar bears are coming to Iceland, they are usually looking for food, and this poses a significant danger to people and animals.

Further reading: What are the main differences between Iceland and Greenland?

They are known to be excellent hunters, and they have sharp claws and teeth. The cost of capturing and relocating one polar bear is over seventy-five thousand euros. This is a significant figure, and Iceland has been killing the polar bears on the spot because they pose a substantial danger to animals and the people in the region. In the recent past, there have been several polar bears visiting the nation. If you are traveling to Iceland, you must check out polar bears because they can attack and injure you.

Iceland banned the domestication of dogs, and over the decades, there have been several parts where the keeping of dogs has been banned. Icelanders could only keep sheepdogs. However, several dog species are not acceptable in Iceland, including Dog Argentino, Pitbull Terrier, Fila Brasileiro, and Toso Inu. There have been cases of wild dogs also interfering with tourists. However, these cases have been few because the wild dogs were all eliminated.

These may not be animals, but we must include them because they are quite dangerous for any person. Before the 70s, there were no wasps in Iceland because the temperatures were too low for them to survive. However, as time went by, global warming has contributed to rising global temperatures, and there have been wasps migrating to Iceland. Wasps are quite dangerous, especially if they attack you in large numbers. 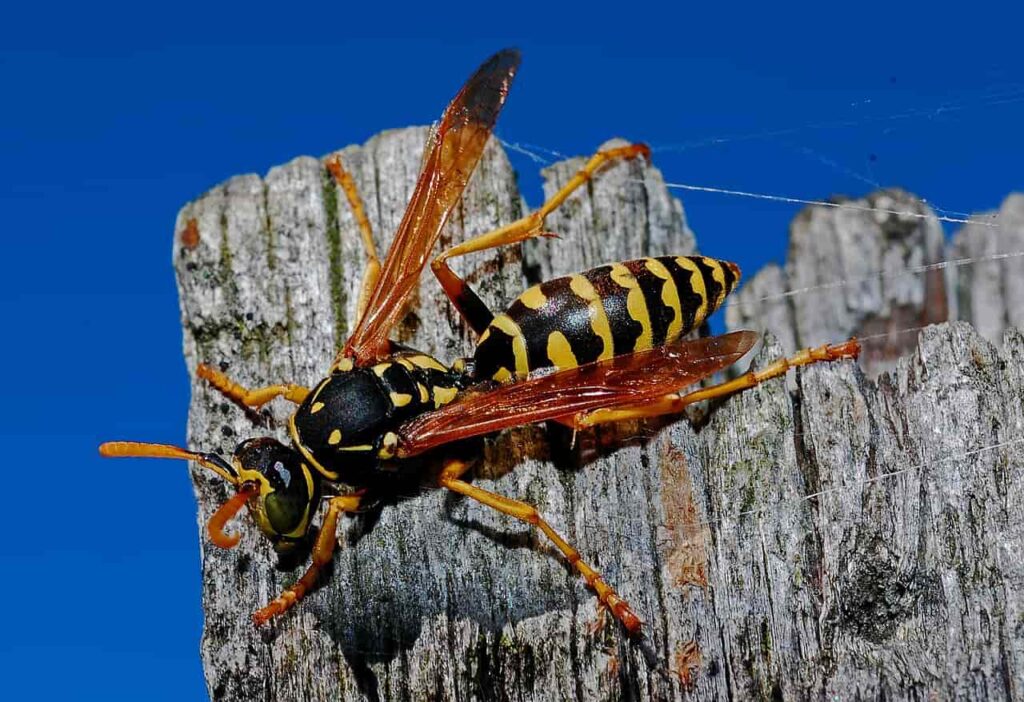 In a standard setting, reindeer are warm animals. They do not confront humans. However, they tend to be very dangerous during the autumn season, especially if they are in a herd. According to research, during the rutting season, it is recommended that you pass with the male reindeer and its harem at a far distance from a herd of females because they can tend to be very volatile. The rutting season usually begins from late September until November, and during this part of the year, males typically collect their own harems.

They will be very jealous of their females and will always defend them by acting very aggressively. Hence, when you visit the country during this period, it is better to stay away from a herd of reindeers because you never know when the battle will ensue. If you see a flock of female reindeers during this season, you recommend that you pass at a safe distance so that they do not see you as a threat. If you run into a male reindeer during their fight and chase you, it is better to run away as fast as possible and find a tree or a bush where they cannot fit their antlers.

If you really want to experience some wild animals in Iceland, get a guided tour, jump on a boat and get some whale watching experience. I have personally done it in Norway and I can honestly say: It is one of the lifetime experience. Whales are extremely huge animals calmly living in the seas of our world. You will be able to get pretty close to them and snatch as my pictures of them as you wish. The guides are experienced and you will be safe all tour long.

You will be able to jump on the boat in a very beautiful Iceland villages of Husavik (remember a movie about Eurovision with Will Ferrell?) or Akureyri and swim next to the places where whales hunt their food each day. The tours usually last about 3 hours. In some of the tours you can as well see very beautiful Puffin birds which are local to Iceland.

In conclusion, Iceland is bursting with wildlife animals’ lives, and although there are not as many as other parts of the world, they are always something that you need to look out for during your trip.