Paraguay is a country that is located in South America, it has fascinating nature wildlife, so what dangerous animals in Paraguay you can find?

It is a landlocked country and it is bordered by Argentina to the south, Bolivia to the northwest, and Brazil to the east and northeast.  The capital Asuncion is home to almost half of the population of the country and it is a pretty diverse location that you will be enchanted when you visit. Whether you want to enjoy fun activities in the outdoor environment or want to try the vibes of the city then Paraguay is the right place that you should visit. The people are friendly and charming and with Spanish is spoken widely across the country. The culture is influenced by Spanish cultures although you will find indigenous people with their unique cultures and traditions hence something that you can learn about the country. Although the country is landlocked, it has major ports on the Parana and Paraguay rivers, which all lead to the Atlantic Ocean via the Parana Paraguay waterway.

The country is divided into two geographic regions features the western region popularly called western Paraguay and the eastern region or region oriental. The terrain in this country mostly consists of wooded hills and grassy plains in the eastern part of the country and low marshy plains in the western part of Paraguay. There are Atlantic forests and wooded savanna across the country and the forest cover is quite significant.  The climate in the country is tropical to subtropical hence you are going to find diverse fauna and flora.

There are only two periods in the country with the wet and dry periods dividing the year in the country.  The lack of mountain ranges in the country means that cold winds from the Andes result in a rapid temperature decrease in the country.  However, the average daily temperature is about 28 degrees Celsius. Rainfall varies in the region depending on the season and the influence of winds from the amazon and Andes regions.  The country has ecological regions such as the Gran Chaco, which has forests, marshes and grasslands and the largest wetland in Pantanal as well as the Atlantic rainforest. These regions are critical in providing a home to different plant and animal species in the country. Here are some of the dangerous creatures that you should watch out for during your trip to Paraguay. 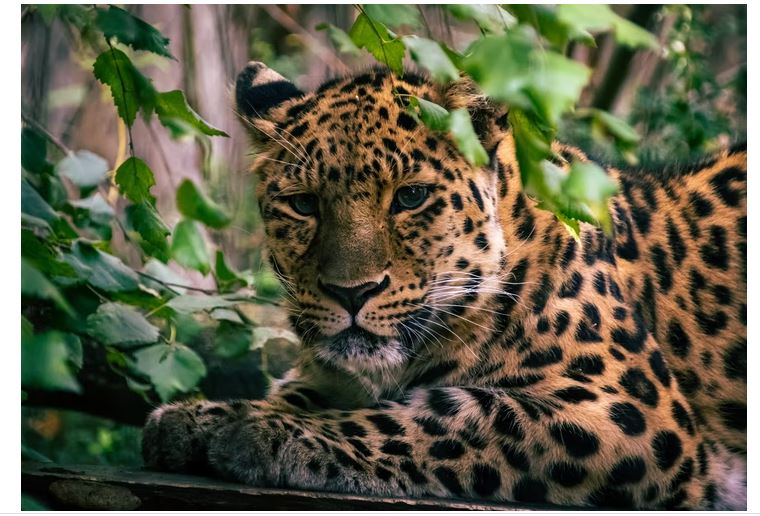 Some of them are lone rangers and do not fear living alone in the region. They usually consume deer, antelopes, and other smaller animals.  The jaguars usually grow up to 1.5 meters tall and weigh about 200 pounds. They are very agile and have sharp teeth, hence when they pounce on an animal it will take just a few minutes and they are completely finished.  Jaguars are known to be very territorial creatures hence when exploring this part of the country you should watch out for them because they can pose great danger. You must walk with a guide who is familiar with this region to avoid any kind of altercation that might result from exploring the tiger habitat. 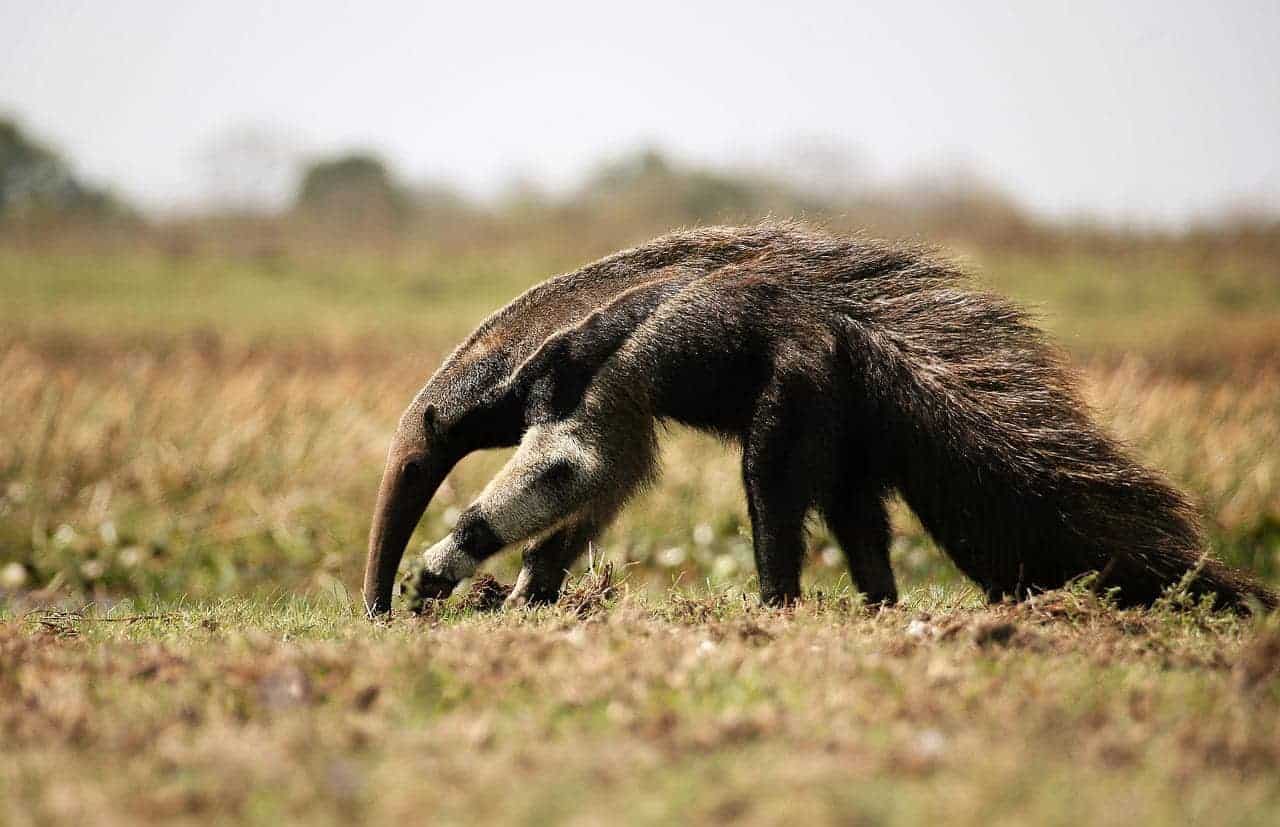 The giant anteater is another creature that you should watch out for during your travel to Paraguay.  They are listed as vulnerable creatures hence there is a high chance that they have been attacked and hunted in this region. It is the largest of all the anteaters that you are going to find in central and South America. It is imperative that you watch out for these creatures because they are very dangerous.

They have a long sticky tongue that is used for feeding on termites and ants.  While they might not have any teeth, they have exceptionally strong jaw and muscles and can attack whenever they are feeling threatened. When exploring different parts of Paraguay, you should always put your safety first and use a guide in places that seem dangerous.

The ocelots are some of the dangerous animals that you are going to find in Paraguay. These creatures are very dangerous in nature and you should watch out when visiting the region. They are known as the painted leopards and they are usually double the size of normal house cats. The ocelots are impeccable hunters with their exceptional vision. These creatures have short legs and tails and are characterized by a pink nose.  Their bodies are covered with fur, which has patterns that range from brown, orange, and even white coats.

They are usually nocturnal creatures and are territorial in nature. It is important that you are very careful when moving from one part to another in this region because they can attack you. They have sharp claws and teeth. They feed on iguanas, birds, crabs, rodents, fish, and rabbits among other things.  This means that on top of their sharp claws and teeth they carry a wide load of bacteria. You should avoid interfering with their habitat during your visit to the area. 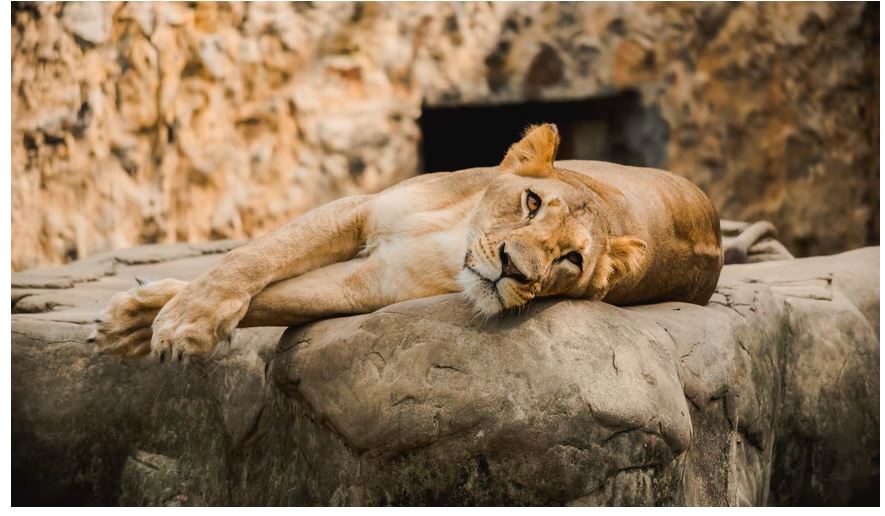 The pumas of Paraguay are close relatives of the jaguars that are in the forests of the country, they are characterized by their silvery to reddish brown colour, you will rarely see them because they are very elusive creatures, and depending on the location that you are visiting, their numbers have increased over time.  The pumas are known to live in a wide array of habitats from the prairies, swamps, deserts, and thick forests in Paraguay. They have very sharp claws, impeccable hunting skills and bright vision.

Their hind legs are large and muscularly enhanced hence when they are hunting, they can move at a very high pace.  Their running and jumping skills are exceptional hence can attack their prey with ease. They usually consume creatures from capybaras, pigs, hares, deer, elk, moose, and sheep.  These creatures are very dangerous and you should maintain a safe distance from them. 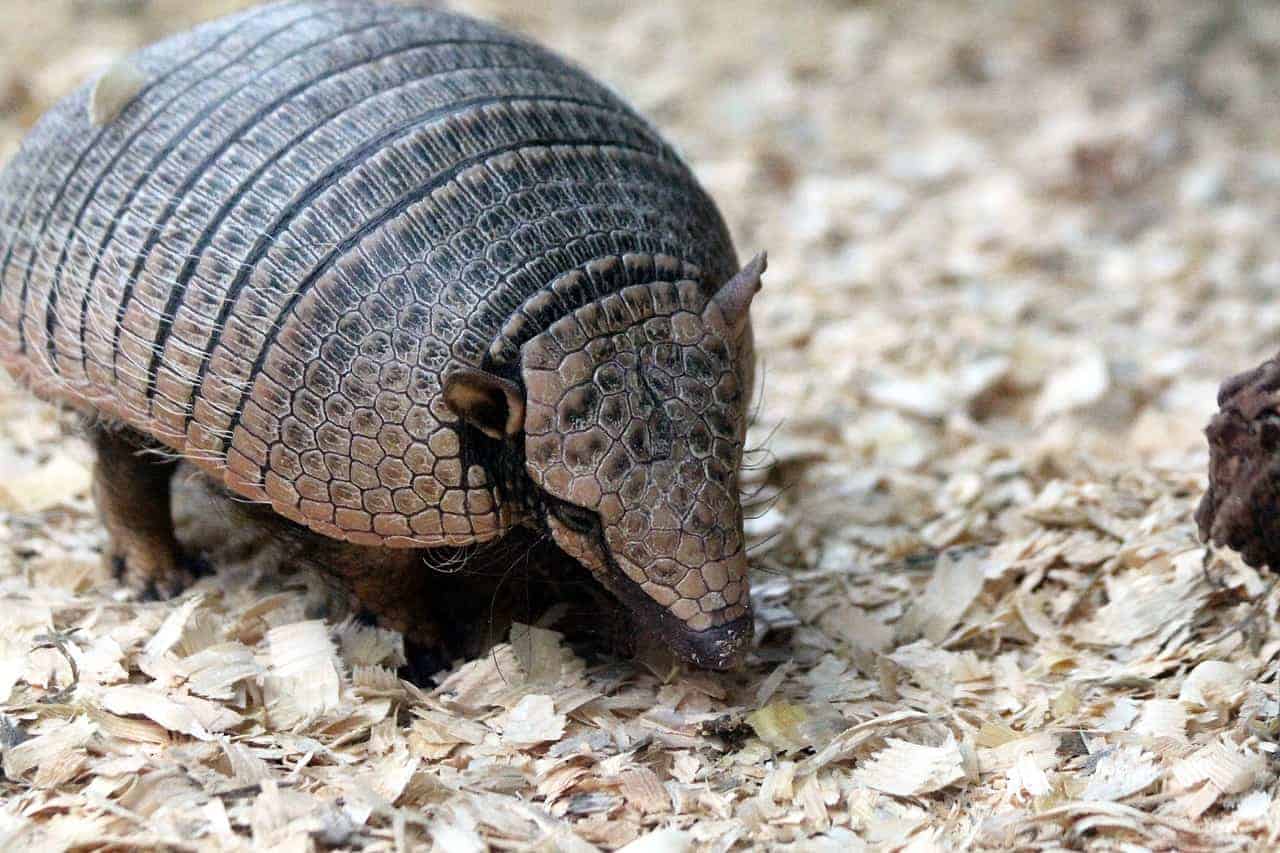 The giant armadillo is another creature that you are likely to encounter during your trip to Paraguay. these creatures are known to have impeccable claw which they use to attack anything that comes their way and their bodies are covered with tough scales that is hard to penetrate. These armadillos are usually less dangerous and will not attack you unless you provoke them.

They are mostly nocturnal creatures and you will find them moving from one part to another at night as they hunt for worms, spiders, and termites among other creatures that they usually consume.  The armadillos usually dig furrows where they like to stay and hide from their predators.  Although human attacks from the armadillos are rare, it is always important that you stay vigilant when exploring these parts of Paraguay.

Jaraca is a slender terrestrial venomous viper that is found in the grasslands of Paraguay. This snake is known to be very dangerous because it can attack you at any moment.  They like thriving in the tropical forests of Paraguay and with their fast movements, they can easily move from one location to another. You must watch out for these snakes because they are venomous. They have small fangs that are used to deliver the venom to the victim.  Depending on the region where you find them, they will likely hiss before attacking you.  Immediate medical attention is required if you want to survive the bites from this snake. 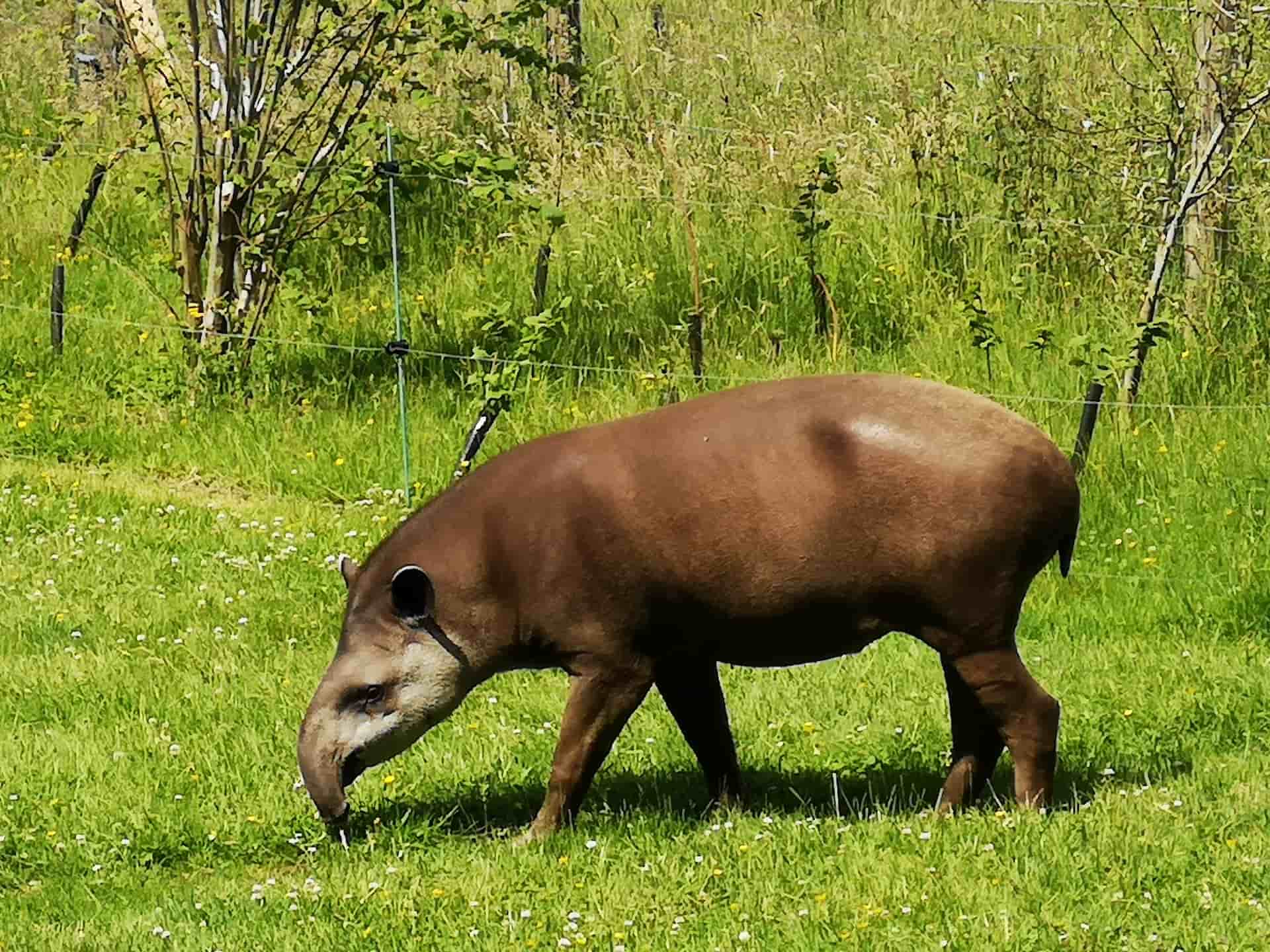 These are very large animals that are almost the size of a mule and they are similar to wild boars. You will find them in the dense forests of Paraguay and it is essential that you stay away from them because you do not know if they are going to attack you or not. They have long snouts, short legs, round bodies, and stubby tails. The tapirs are known to like to inhabit areas that are high in humidity.

You will find them in marshes, along rivers and other water bodies.  They are known to be herbivores in nature and will usually prefer to live in social groups. The sheer numbers can pose a major threat to your life because when they attack you, they are very dangerous.

This is one of the most dangerous creatures that you are going to find in Paraguay. They are one of the largest species of the new world monkeys and they can reach sizes of up to 6 feet tall and weigh over 300 pounds. They are very aggressive and their howl is known to reach over 1.2 miles.  They have become very dangerous because of the human activities that are taking place in Paraguay.  They are found in different parts of the country and you should watch out if you are going to explore the dense forests of Paraguay because this is where you are likely to encounter them.  Hunting and habitat degradation are the main causes of the reduction in the numbers of these monkeys. You should watch out for them whenever you are moving from one location to another in Paraguay.

The pampas fox is some of the animals that you will find thriving in the grasslands of Paraguay and you will find them moving from one part to another in this region.  The pampas fox usually lives in the hills, deserts, ridges, and dense grasslands of Paraguay.  These foxes are known for their iconic bodies, which have pale fur and brown marks on their legs and heads. They like a solitary life just like the jaguars and you should therefore avoid their habitat because they are territorial and will attack at any moment, and they feel endangered.

They are mostly nocturnal hence you will find them mostly active at night although some days you might find them roaming from one part to another of the country. They are impeccable hunters and you should watch out for them. The breeding season is from July through October and you should avoid their habitats during this period because they are overly aggressive and can attack you.

These are mostly called savannah dogs and you will find them in different parts of Paraguay.  They are characterized by their reddish-brown fur coat, short rounded snout, webbed feet, and a bushy tail.

These dogs are adapted to their habitat because of their webbed feet. You are going to find them moving around in different parts of the country.  they are very good swimmers and you will often find them living in the grasslands, forests and along the waterbodies in the country, these are diurnal animals and they are usual carnivores hence you will find them consuming birds, rodents, tapirs among others. It is essential that you stay away from these creatures because they can be very dangerous. 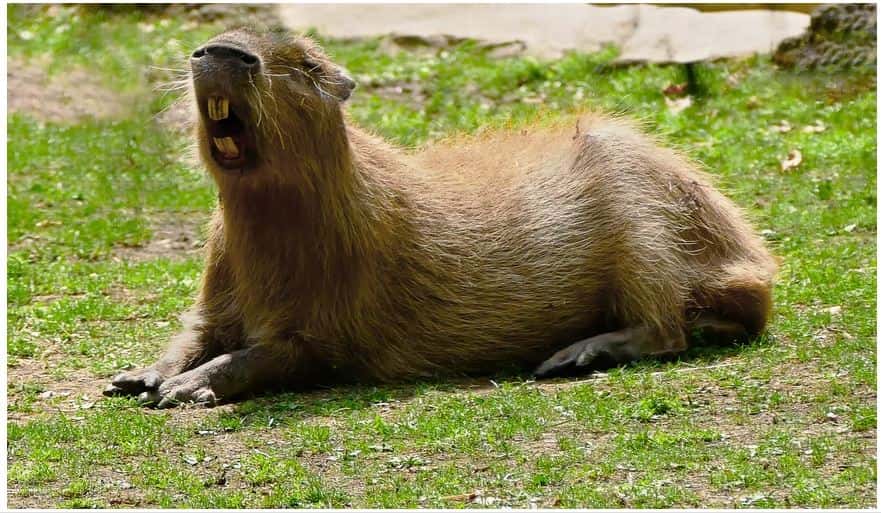 The capybaras are among the dangerous animals that you will find in Paraguay and you will find them thriving in the dense forests of the country. They are known to be exceptional in their habitat, which is mostly grasslands. They are the largest rodent in the world and they can reach the size of a normal dog. They have webbed feet and can move at very high speeds when in the grasslands.

Some of these creatures are known to weigh up to 150 pounds and hence can attack a human being of their huge size. They love places with high humidity and you will find them in marshes, estuaries, riverbanks, and along many waterbodies across the country. They are herbivores in nature consuming grains, grasses, plants, melons, and squash.  They are territorial creatures and are likely to attack you whenever they are feeling threatened.