Rwanda also popularly known as the land of the hills is a landlocked country that is situated in central Africa bordering Tanzania to the east, Burundi to the south, Uganda to the north, and the democratic republic of Congo to the west, in Rwanda you will find one of the most fascinating natures in the world, so what dangerous animals in Rwanda you can meet?

The country is one of the most diverse locations on the planet because of the prevailing climatic condition. The diverse environment is critical for promoting a wide array of species to thrive in the natural environment. The geography of the country comprises lakes, mountains, savanna, and undulating mountains. These are perfect environments for different species to thrive. Rwanda has a subtropical climate and this means that it receives a high amount of rainfall and which leads to the growth of a wide variety of plant species.  There is a huge number of animals in the country and the three major national parks are home to some of the unique animals in Africa. The volcanoes of Rwanda form one of the best locations where the mountain gorillas thrive. 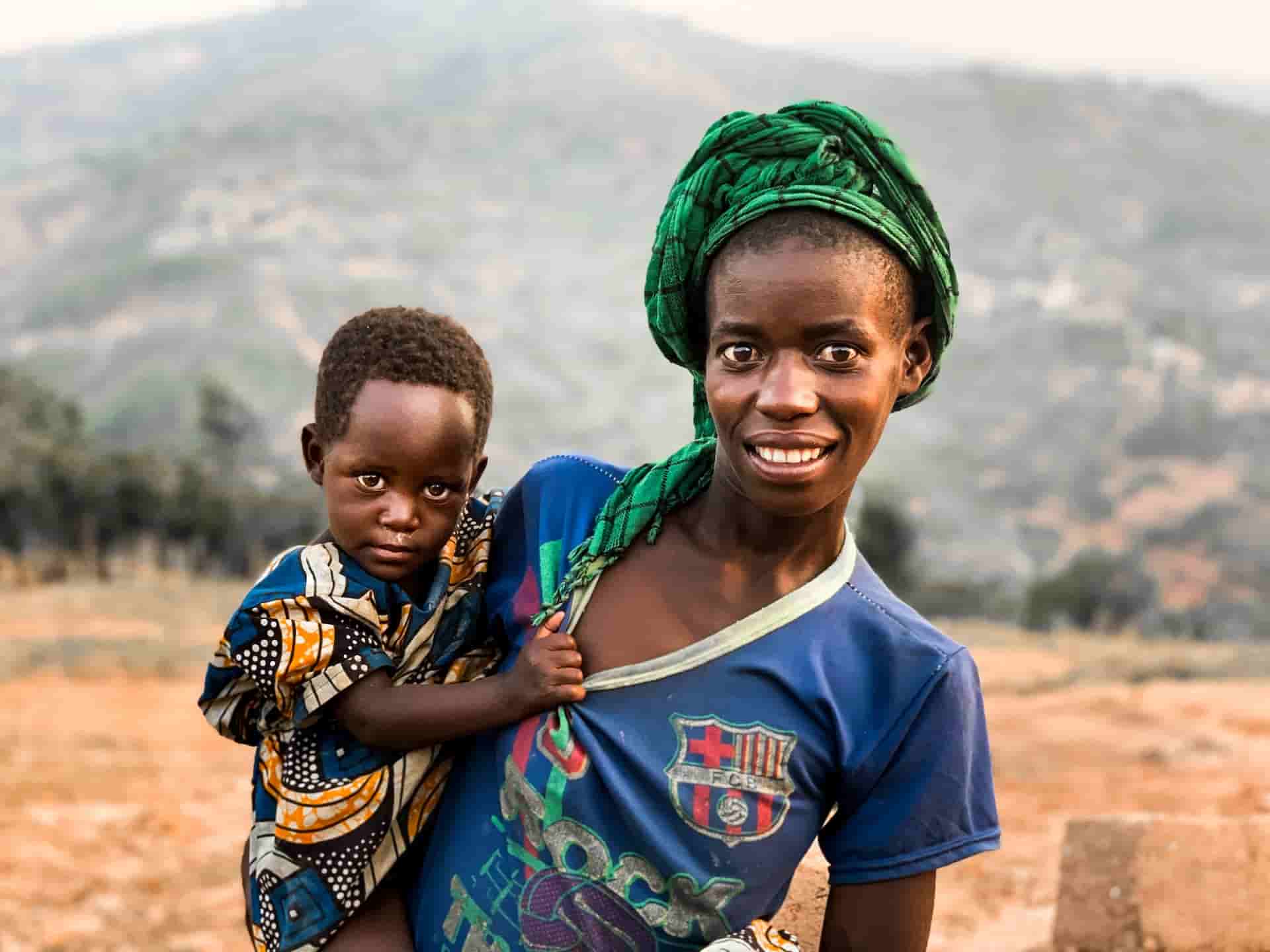 Tourism is one of the main industries in Rwanda and you should make it a destination for your next visit.  There is safety in the country and the people are friendly. When you visit Rwanda, you are going to meet different communities all working together and happy to welcome visitors. The pristine environment is maintained by the government in conjunction with other agencies and this has ensured that you get the best treatment on your visit.  The Akagera national park is where you see a huge number of animal species in the region.

There are over four hundred bird species in the park and you will also encounter a huge number of hippos in the region.  There are leopards, lions, hyenas, and giraffes among other exceptional creatures that you are going to find in the region. The Nyungwe forest park is the biggest protected rainforest in Africa here you will encounter chimpanzees and you can check out the volcanoes park in the region, which is a place of tranquility, and complete rejuvenation.

What Is the Best Time to Visit Rwanda?

The best time that you can visit Rwanda will depend on your schedule because the country welcomes visitors throughout the year. There is no winter in this part of the world and you are bound to enjoy some sunshine for most parts of the year. However, if you want to enjoy the most then it is better for you to visit during the dry season this is from June through September this is when the wildlife is thriving and the numbers have increased immensely. Although you might experience some rain it is the best time to check out the natural habitat.

The other dry season is from December through February, Rwanda is at a high elevation hence it enjoys a cooler climate than other equatorial countries.

Whether you are an outdoor person or you want to enjoy city life, Rwanda has everything to offer and you can have fun in the capital Kigali or the country checking out the wildlife. You are sure that you will have an amazing safari when you visit Rwanda. Here are some of the dangerous animals that you might encounter during your trip to Rwanda. 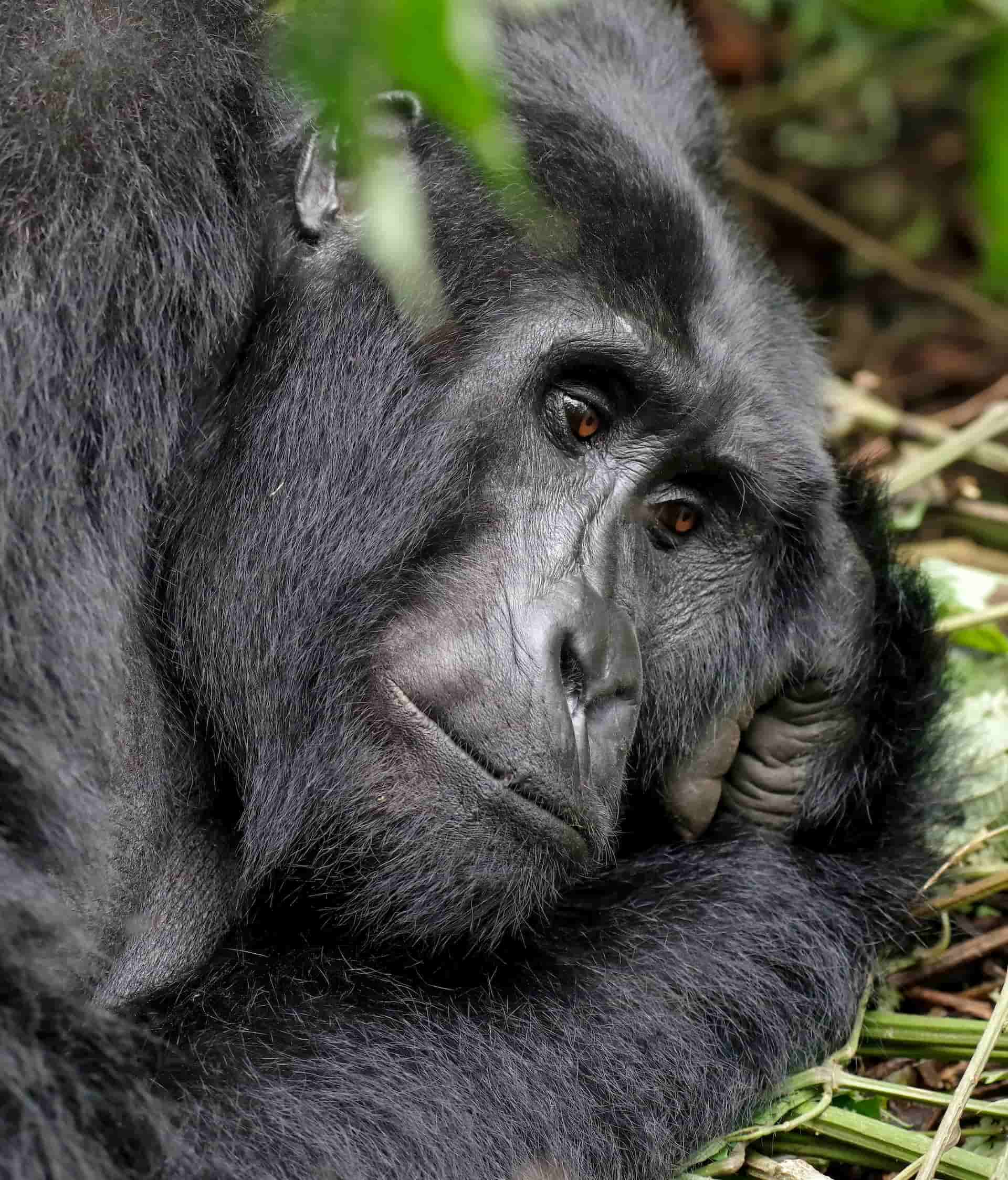 This is one of the iconic animals that is associated with Rwanda. The gorillas are thriving high up in the volcanic mountains and the deep rainforests of Rwanda. The country is home to a majority of the eastern gorillas and they are classified into mountain and Grauer gorillas. A third of the world’s mountain gorilla population is in Rwanda.  The volcano national park is home to these creatures.

They are listed as endangered species hence the efforts to protect their habitat.  These gorillas usually are known to have long arms, large heads, and broad chests and are covered with black fur on their bodies. A male gorilla can weigh up to 450 pounds and they are ferocious especially when food is scarce or when they are with their family. The gorillas can attack you if they feel threatened. You should stay away and not feed them because they might grab anything that you have and run away with it. In the process hurting you. Although human attacks are rare you should not provoke these creatures.

The snake has a black mouth hence the name and it can move at about 20 kph being the fastest it can attack its prey as soon as possible.  You must take your time to find the best places and avoid snakes at all costs.

The wild dogs are another creature that you should avoid during your trip to Rwanda. These creatures are the carrier of very dangerous bacteria and rabies as well. The dogs are thriving because the forests are back and there is so much food for them from small rabbits and antelopes among others. The population of these dogs had diminished and there was a movement to reinvigorate it hence the sudden increase in the number of wild dogs in the country.

Since humans have been fighting with these dogs for years because they eat their livestock, the dogs have become very ferocious and aggressive and it is critical that when you visit the region you avoid the areas that the dogs inhabit. You should not threaten or scare them. 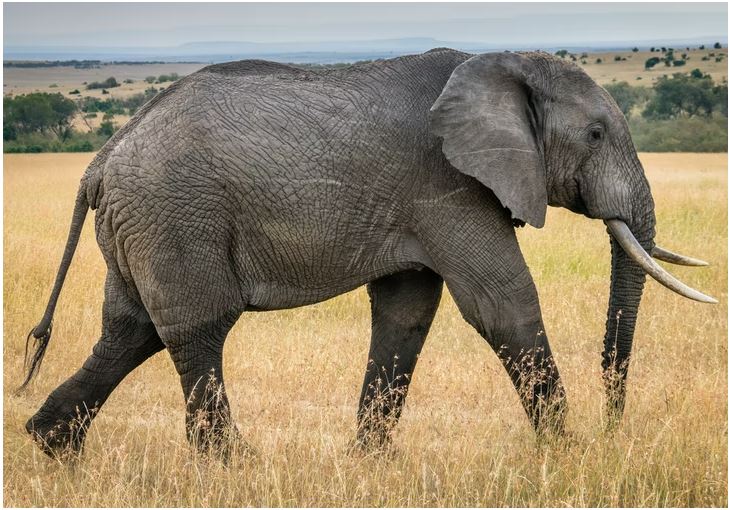 Perhaps one of the most dangerous creatures that you are going to encounter on your trip to Africa and especially Rwanda is the elephant.  There are over a hundred elephants in Rwanda and these ginormous creatures are roaming in the wild. African elephants are very huge and are territorial in nature hence you should not interfere with their habitat.

The African savanna is found in Rwanda and this is the largest terrestrial animal in the world. A male savanna elephant can grow up to 13 feet tall and weigh up to 10.5 tons.  They have trunks that are highly sensitive and they are very ferocious because there have been poachers who have endangered these animals. You will see the elephant’s eating twigs and other plants from a distance during your visit. Avoid provoking them and you will have the best experience watching these animals closely.

These are native to Africa and they are known to roam around Rwanda and other East African countries. There are numerous antelope species in Rwanda and you should explore the awesome country. The roan antelopes are enjoying the Rwandese savanna while other species are in the national park.

The numbers of antelopes in Rwanda have continued to increase and since they are also fighting for space it has become very dangerous even for people because many of these antelope usually have young ones and when this happens, they are very aggressive and protective. When visiting the region, you should avoid the areas where the antelopes are grazing and maintain some distance to avoid any altercation that might occur. The male antelopes are very aggressive as well and when they are fighting for partners the fight is so serious that some even die.

Giraffes are the most beautiful creatures roaming the wild nature of Rwanda. However, these animals remain wild and you should not confuse them to be docile. The giraffes can attack especially if they feel that their territory is being affected.

They also have very dangerous horns and long necks. Besides, the giraffes are known to have a very tough kick and it might cause fatalities if they kick you. Luckily the giraffes in Rwanda are of low population hence the risk of attacks is lowered.  However, whenever you are passing the areas that are inhabited by the giraffes then it is important that you maintain a safe distance to avoid any attack that might occur.

Rwanda is home to lions and the number is increasing after the government intervention in preventing poaching and encouraging people to avoid interfering with the lions. Lion is territorial creatures and you should not mess up with them because they can cause severe injuries. The lions have very sharp claws and teeth and they do not need to feel threatened to attack.

They are dangerous and you should watch them from afar so as to avoid any chance of injuries or attack.  However, in the event that you are attacked then you should seek immediate medical attention.

This is another sub-species of the African antelope and they are usually found thriving in the savannas, semi-arid, and floodplains of sub-Saharan Africa.  The topis species are found in different countries such as Burundi, Rwanda, Kenya, the democratic republic of Congo, Tanzania, and Uganda.  The males usually establish a territory and they defend this area with their might.

They usually have very sharp horns and they are well-built creatures. They can attack any animal or intruder that is going into their habitat.  The dominant male occupies the middle territory while the weak ones occupy the peripheries. You do not want a blow from a coward topis. This can be disastrous because these creatures can be very dangerous with their horns.

The aardvark is a nocturnal creature that is known for burrowing and it is native to Africa. They are usually similar to pigs but they are not in other parts. They usually dig huge holes and they stay there. They can be found in different countries in Africa such as South Africa, Zimbabwe, and Rwanda.  They usually consume ants, insects, small rodents, and other creatures. They do not like the sun hence they are mostly nocturnal creatures and will hide in their burrows during the day before appearing at the night to look for food. Since they are nocturnal, they are very aggressive and they can attack you whenever they feel threatened.  They have major predators such as lions, hyenas, wild dogs, and leopards. 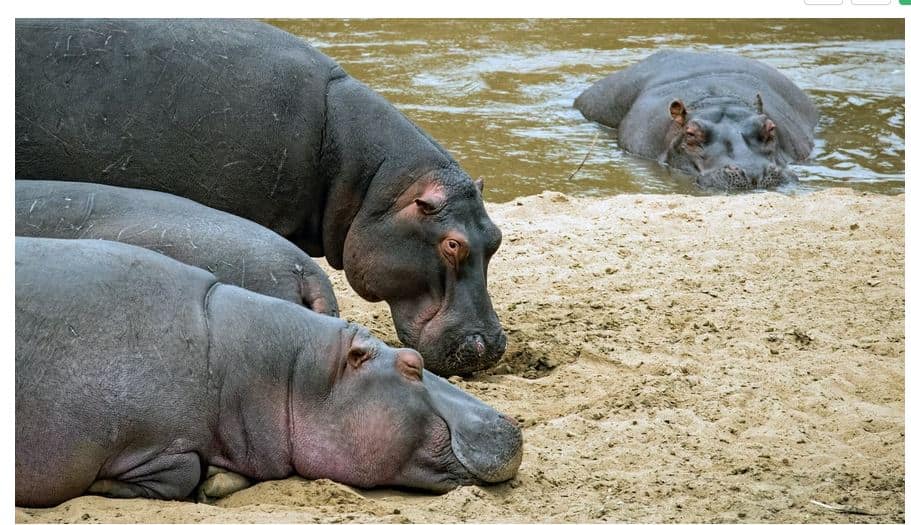 The hippos are some of the humongous creatures that you are going to find in Africa. The Rwandese hippos are known to thrive in the wetland around the country. The hippos find the swamps, rivers, and lakes as a good location for their swim and habitat.

The hippos are very huge animals and can weigh over 2500 pounds. They are herbivores in nature; however, they are territorial as well hence whenever they feel that someone is interfering with their habitat, they become aggressive and wild. They can trample or crush you to death with their sharp teeth. They are semi-aquatic creatures and will spend their day in the waters before coming out to graze around the rivers and swamps.

This is a different type of monkey that is characterized by its white and black fur. They are usually native to western, central, and eastern Africa. They are more or less similar to the colobus monkeys. You will find them in different countries such as Cameroon, Kenya, Rwanda, Nigeria, Chad, and Tanzania.  These monkeys usually prefer to live in forests near rivers and swamps because they enjoy the fruits and trees near these areas.  Human activities have contributed to making these monkeys very aggressive.

They are well adapted to their setting and they can fight back whenever they feel threatened. It is imperative to understand that you should never threaten these monkeys or throw anything at them because they will throw items, twigs, stones, and anything that they can find at you. If you are alone, they might attack you hence the need to keep some distance while watching or taking photographs.

In conclusion, Rwanda offers tranquility, diversity, and all the aspects that you are looking for in the best tourist destination. Always put your safety first and move to areas where you are sure of your own safety.