Switzerland is one of the top tourist destinations in Europe. The country has a wide array of habitats and this has promoted the growth of a vast fauna and flora. You must take your time to admire the nature and diversity across the country during your visit. Even though the landmass might be small, and there are some harmless animals, there are other dangerous animals in Switzerland that you should avoid when traversing the country.

Whether you want to enjoy your holiday along the beaches or you want to go hiking in the vast wilderness, Switzerland guarantees you some of the best experiences that you can have during your vacation. When it comes to wild creatures, there are some predatory birds, crawling creatures, and other powerful mammals that would be quite dangerous. It is imperative that before you visit a destination you are aware of the features that you are likely to encounter during your visit. Here are some of the dangerous animals and creatures that you are bound to find in the region. 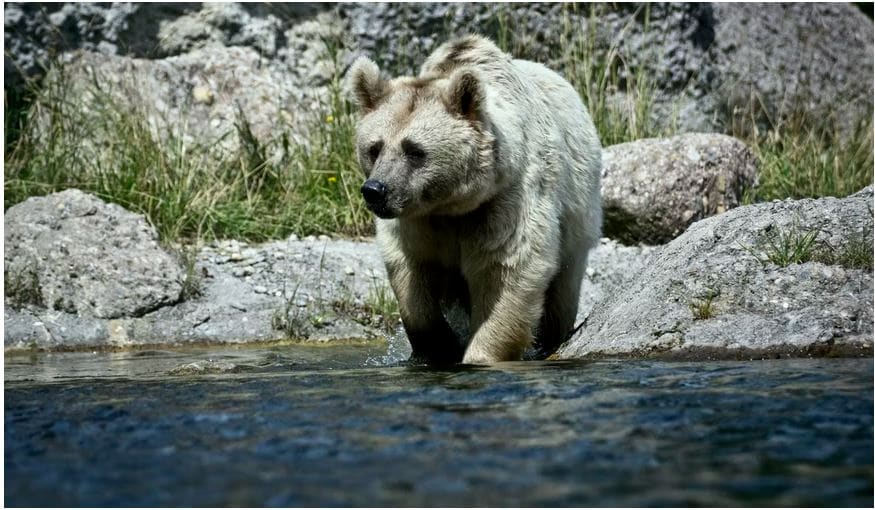 Brown bears are some of the dangerous creatures that are beginning to rise in numbers in the country. In 1904 the last bear in Switzerland was shot dead, however, there have been cases of the animals roaming in the countryside. It could be they are from neighboring countries and they are looking for food. One of the brown bears was killed by a train in 2016 and they continue to migrate to the country from Italy (see: Dangerous animals in Italy) towards Switzerland. Brown bears are dangerous and they can attack you.

Wild boars are some of the creatures that are very dangerous and you will find them roaming in different parts of the country. The wild boars are mostly thriving in the Rhone valley, the Jurassic mountains, and the lowlands of Switzerland. If you are going on an adventure in these places, then you are likely to encounter them. These animals do not just attack, however, they are very dangerous because they tend to be very territorial and whenever they feel that their space is being attacked then they will fight back. They usually have huge tusks and sharp teeth which are used to burrow and clear vegetation when looking for food. However, during attacks, they are known to be the most dangerous species that you can find because they will their tusks to attack the victim.

These animals are known to grow up to 1.2 meters tall and can weigh over 200 pounds. Besides, they are also very good runners and can attain a speed of 30 miles per hour hence they can chase you if they want to during the attack. When charging they can easily knock you down and damage your vital organs using the tusks. You must keep your distance from these animals especially when they are nursing their young ones or when they are mating. However, if you are attacked then seek immediate medical attention. 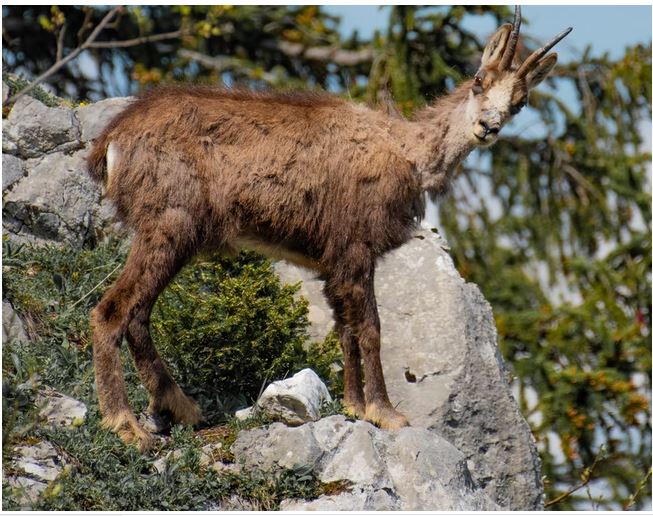 If you are looking for fun outdoor activities and you are going to the Swiss alps, then you are likely to encounter the chamois. This is a rock climbing creature that is known to enjoy moving up and down the alps moving from one rock to another. They are very fast and you should be ready to spot them during your trip to the region.

As much as it may seem fun to go explore the areas where these creatures are thriving, it is always a bad idea because they are filled with dirt, pathogens, and other disease-causing microorganisms. If you come into contact with their droppings or urine, then you are likely to catch bacterial diseases. It is always critical that you keep your distance from these creatures. 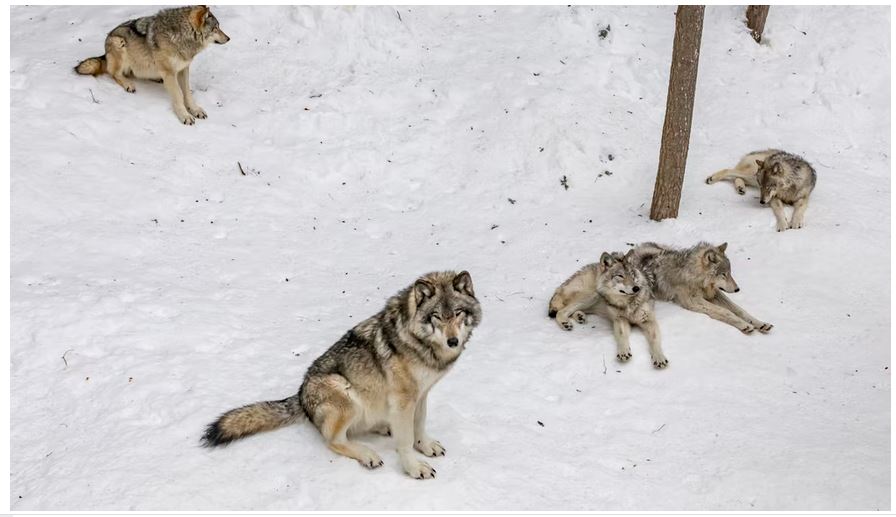 Wolves are known to thrive in most parts of Europe (see: Dangerous animals in Europe) and they are very aggressive creatures that you should know how to handle. The wolves in Switzerland are often found in the countryside and it is imperative that when exploring the rural parts of Switzerland that you avoid areas that are inhabited by the wolves. Even with the small number of wolves in the country, you should always be careful because they are very dangerous creatures and can cause severe harm.

The wolves are characterized by sharp teeth and they have strong jaws which means that they are ready to attack. They usually hunt in packs and this even makes it dangerous because they can surround and attack you immediately. You must keep your distance from these animals and if you are attacked by them then you should seek immediate medical attention. It is important to note that these wolves at times mistake the humans for prey hence the need to be very careful.

The bearded vulture is one of the most iconic creatures that you are going to see in the country. There have been numerous reports indicating that the vultures have been attacking humans across Switzerland. While some of the data might be true others have not been substantiated. Nevertheless, there are creatures that you are going to find in the country that can cause severe injuries and damage to your system. Whether you are traveling to this location for the first time or you are a returning visitor, you should avoid the bearded vulture.

Conservationists released the vultures to the Swiss mountains a couple of decades ago and there is a high chance that you will see them there. Many people hiking the mountains do not understand the danger that these creatures pose. They are very dangerous and you should stay away from them. One of the main dangers that you are going to experience is if you disturb their habitat because they are going to attack you. Humans are too big to be picked by the eagles, however, the sharp talons and the muscles they have will ensure that they have pierced your vital organs. Since the population is increasing so do the chances of attack.

Perhaps one of the most dangerous snakes that you are likely to encounter during your trip to Switzerland is the European viper. These snakes are known to thrive in the wild and they may tend to cause minimal harm to humans, however, when the venom delivered is of a higher dose then it will cause severe organ damage and even failure. You should avoid the European viper because it is a very venomous snake and it is rare to spot them because they are very good at camouflaging. When they are in their natural habitat, you will find them basking in the sun and you will not know that there is a snake in the grass.

The most important thing that you should do during your hike is to ensure that you wear protective gear. When you step on them they will bite you immediately and the bite usually causes symptoms such as inflammation, burning sensation, itching, redness, and allergic reactions. You must seek immediate medical attention because if the venom delivered is in high amounts then it could result in fatalities. These vipers are known to thrive in the sunny mountainous parts of Switzerland and you should watch out during your hiking in Switzerland. 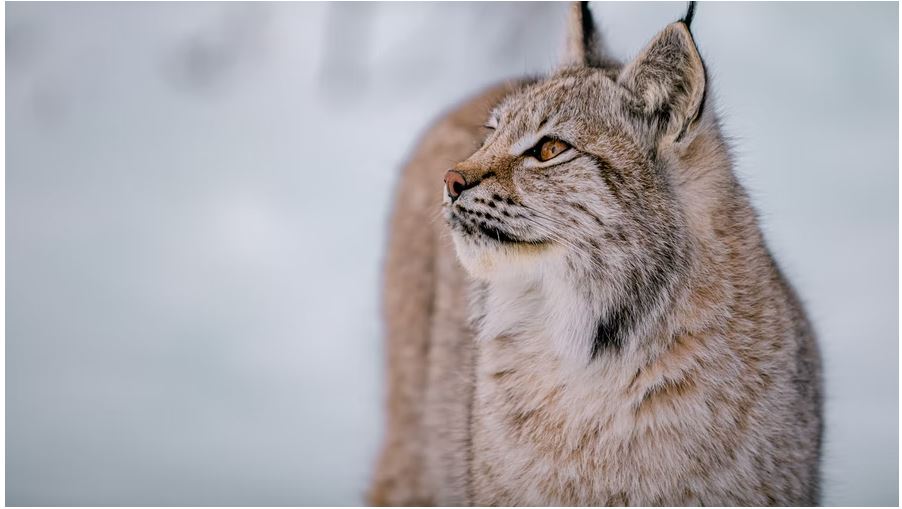 One of the most dangerous creatures that you are going to find around the country is the lynx. The lynx is found in the grasslands of Switzerland and it is similar to the domesticated cat. This is a wild cat and you must keep your distance because wild animals will always have their wild side. They tend to be shy but when you encroach on their territories then they are going to attack you. These creatures are not looking for someone to cuddle or stroke them in as much as they may seem very pretty.

You should avoid them because you might not know if they are nursing their young ones or if they are sensing danger around. They are usually territorial and will attack you in a matter of seconds. They do not attack humans when not provoked. However, if you try to corner the lynx then it is going to attack you viciously. They are easily spotted during the summer period and you should watch them from a distance when exploring the majestic land of Switzerland. 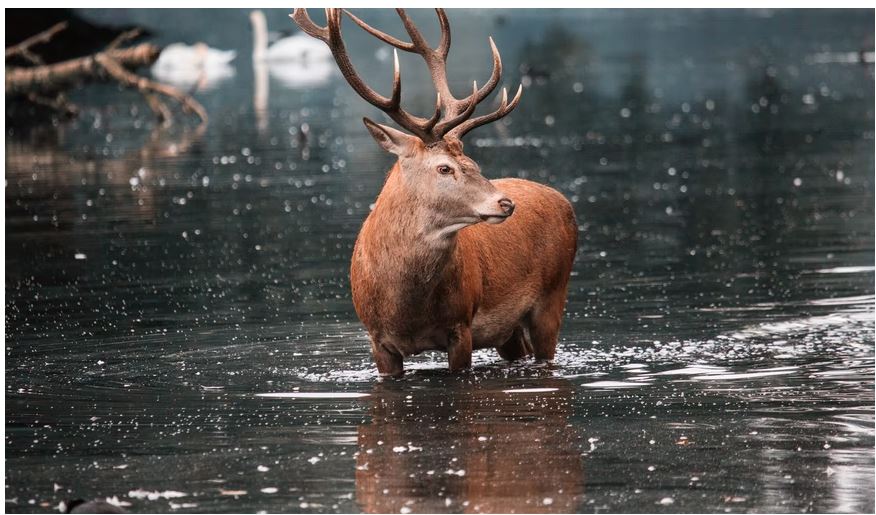 The red deer is among the most dangerous animals in Switzerland. You should not underestimate these innocent-looking creatures because they can cause severe damage to your vital organs and cause even death. As much as they are not very prolific predators they can be very dangerous because they have very sharp horns or antlers and they can be aggressive when trying to show dominance over the females. You must avoid the areas where these animals inhabit because during mating season or when they are nursing a young one then they are likely to attack you.

There is a high chance that it could charge at you during their peak mating season and you should avoid the trails that are heading to where these deer inhabit. If you chose to drive during your trip in Switzerland, then you must keep your eyes on the road because they are also known to cause accidents by stepping on the road. The best way that you can enjoy your vacation in Switzerland is if you can keep some distance from these animals.

They are in large numbers around the Upper Val de Bagnes Nature Reserve and this is one area where you are going to find them thriving. You must take your time to look at them from a distance because they would otherwise attack you unannounced. They have long horns and these are very dangerous. If you are attacked, then you should seek immediate medical attention.

The golden eagle is one of the dangerous creatures that you will encounter during your vacation in Switzerland. Ideally, you should not be scared of the golden eagles because of the small number in Switzerland. These creatures usually consume rabbits and grouse and it is important to note that they inhabit high mountainous places in the region. The eagles are carnivorous and you will only find them in the high skies looking for flesh. When they have consumed all the smaller animals then they can go for the larger ones.

They usually have very good vision and their claws are very strong which in turn could cause very serious injuries to the vital organs if they are going to attack you. Although humans are too large for the eagles, this should not bring comfort because when they are starving they are bound to attack. If you have toddlers, then they can attack them. Their talons are very big and they can use them to snatch any material that you could be having. You mustn’t disturb their nest because they ferociously attack you. In a situation where you are attacked by the eagles then you should seek immediate medical attention. They also carry all sorts of bacteria and pathogens.

In conclusion, Switzerland is an awesome travel destination and you should add it to your bucket list if you have never visited it. There is so much more to explore in the country and always keep safe during your travel.