Taiwan is a country in east Asia it is at the intersection of south China and east China sea and it is situated in the northwestern part of the Pacific, Taiwan has fascinating nature and wildlife, so what dangerous animals in Taiwan you can find?

The country borders Japan to the northeast and the Philippines to the south.  It is still under China and it is made up of 168 islands that are spread all over the south China sea.  The main island is called Formosa and it has an area of about 13800 square miles. a major part of the islands is covered by mountain ranges and valleys.  Taiwan is a highly urbanized location and the capital Taipei has Keelung and a new Taipei city making the metropolis in Taiwan.  There are other major cities across Taiwan and the country has a population of about 24 million people meaning it is among the most densely populated locations in the world. 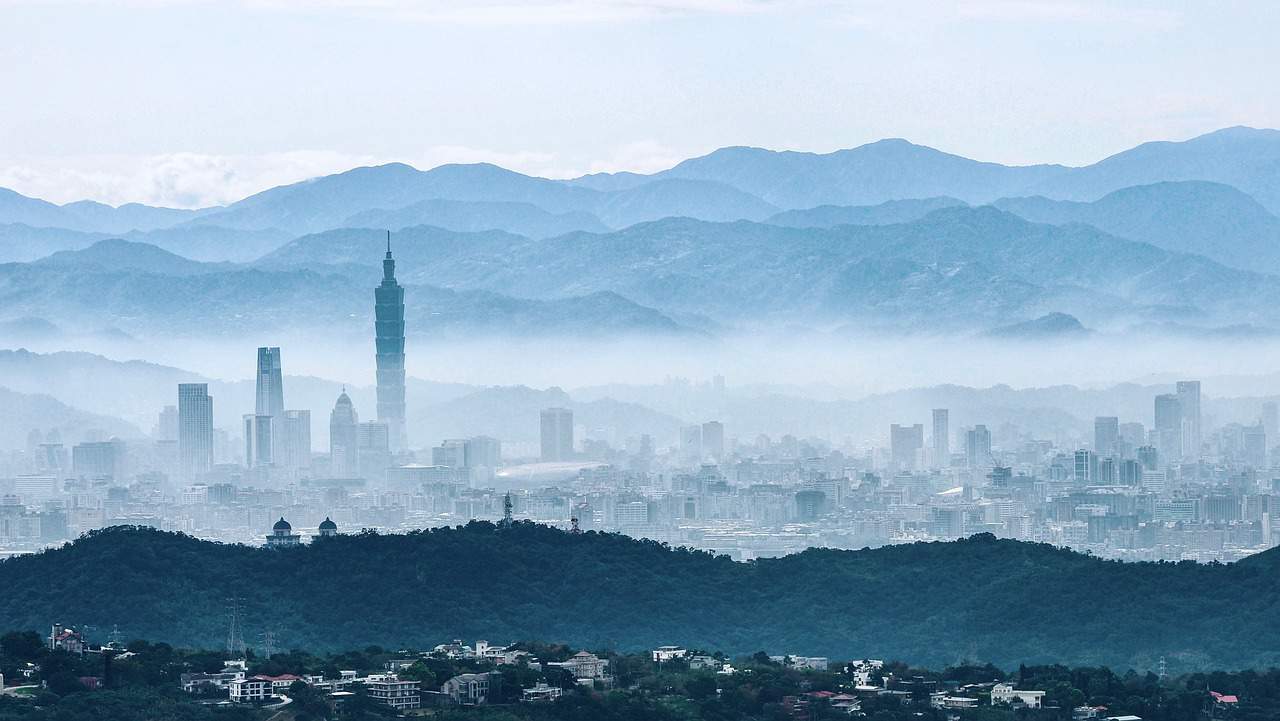 The region has been inhabited for over twenty-five thousand years now and the indigenous people settled in the region about six thousand years ago.   The main island of Taiwan is on a tilted fault block and it is made up of five rugged mountains and ranges that are on the east coast.  The tectonic plates that are within the boundaries of the plate are still very active and the island usually experiences numerous earthquakes.

Taiwan is made up of four terrestrial regions, the evergreen forests of the south China sea islands, monsoon rainforests, and the Taiwan subtropical evergreen forests.  The eastern mountains of the country are home to a wide array of very dangerous species.  Since this region is heavily forested there is a myriad of species in the region and the northern lowlands as well which promotes the growth and an increase in the number of the species.  Taiwan lies in the tropic of cancer and the climate in this region is marine tropical.

The northern parts and the center often experience subtropical climates.  The monsoon rains of the east Asian region usually occur from May through June and the entire island usually experiences hot and humid weather during the summer period. there are chances of typhoons during the months of august through September and the climate in this region continues to change from time to time with temperatures rising by 2 degrees Celsius in the last century.

Taiwan is one of the most unique destinations that you are going to find in the world. The location is ideal for various activities such as snorkeling, and scuba diving among other fun activities.   Whether you are visiting the area for the first time or are a regular visitor, you are sure to have something to do while in this region.  The Japanese-era mansions, temples, and villages with immense traditions among other features are some of the most outstanding features of Taiwan. the forests are unique because they are filled with diversity and there is always something you will find interesting in this region. Whether you want to enjoy the outdoor environment or want some city vibe then Taipei is your place to be. Taiwan is rich in wildlife species and here are some of the dangerous animals that you might encounter during your trip to the region.

The Chinese bird spider as it is popularly known is one of the most dangerous creatures that you are going to encounter during your trip to Taiwan. this creature is known to be the most venomous spider species in China and it is not what you would like to see during your exploration trip to different parts of the island. It is one of the most hypersensitive tarantulas that you are going to find in the region. These spiders usually have a very unique technique of capturing their prey by surprise. When they sting the victim, they usually cause immense pain and this poison is known to immobilize the prey.

The Chinese bird spider usually consumes small rodents, insects, and other creatures and it is found in different parts of the island.  When you are exploring the outdoor environment, it is important that you avoid this spider because it is known to cause severe allergic reactions and fatalities in some cases. When it injects venom into you it will cause intense sharp pain, swelling, loss of consciousness, organ failure, and eventually death. You should seek immediate medical attention when attacked by this spider. 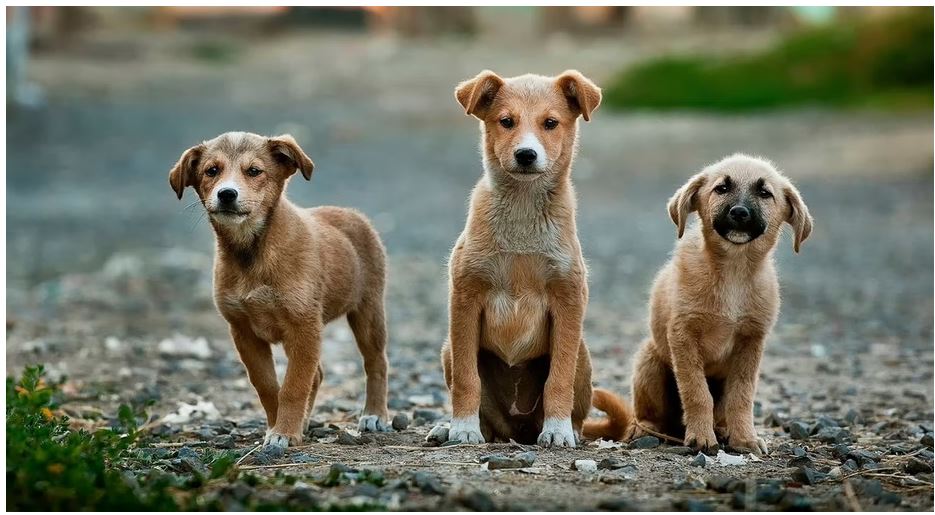 This is one of the creatures that you might not expect during your trip to Taiwan. however, they are prominent in this region and the number currently stands at over sixteen thousand. These stray dogs are dangerous because they are carriers of rabies.

Rabies is known to cause about 300 deaths annually in Taiwan.  infected dogs usually pass rabies to people by biting, since they are usually starving then they are likely to attack you when you are traversing the country.  It is important to note that these creatures might seem sweet, however, they are very dangerous and they might be tempted to bite you or attack you for food. However, in the event that you are bitten by a stray dog then you should seek immediate medical attention.

Perhaps this is one of the most dangerous creatures that you will find in the region is the Chinese cobra. This is one creature that is widespread in Taiwan, China, Laos, and Vietnam. A bite from this snake is very dangerous because the venom is known to cause intense swelling, blisters, and necrosis, and this cause a locked jaw, organ failure, and eventually death when not addressed immediately.

It is important to note that these cobras are considered an endangered species and chances of interacting with them can be slim. However, you should not rule out their dangerous nature because you will be surprised how these creatures can be at any moment.

The Taiwanese black bear is found in the dense forests of Taiwan and it is one of the species that you are going to find in the region. These bears are omnivores; however, they are very territorial and they will attack you when you visit the area.  The Asian black bear is known to have a distinctive white patch on the chest and they have very unique ears.

These are very unique bears that you can find in the world and during your trip to the region, you should take some time and explore the areas that these bears inhabit. These bears are an endangered species and it is important to understand that they have become more aggressive because many people in the region have been hunting them for their medicinal purposes.

However, these bears have very sharp teeth and claws and it is imperative to note that they can cause severe attacks when they find you in their habitat.

The chinse tigers are some of the dangerous creatures that you are going to encounter during your trip to Taiwan. these tigers are very dangerous because they are endangered species. You will find them in the zoo in the capital.

They are endangered species and they are protected by the government and there are few members in south China. You should keep a safe distance from these species because they can be very dangerous. They have very sharp teeth and very strong muscles and can attack within a matter of seconds.

This is the largest and most aggressive species of the centipedes. These species are known to thrive in the jungles of Taiwan and they got their name from the color of their head. These centipedes can grow up to 30 centimeters long and this is dependent on the location.  Some of the symptoms that you are going to experience when stung by the centipede include general body weakness, fever, intense pain in the bite area, and severe swelling among others.

It is imperative to understand that you should seek immediate medical attention because the venom from these centipedes is very dangerous and it can cause fatalities at any moment.  According to data from east Asia, one girl died in the Philippines after a bite from this redhead centipede.

Even the event that it might not cause fatalities, they usually cause permanent organ failure.  You must stay away from the areas that are highly inhabited by these creatures.

This is another species of snake that you are going to find in the region. These species are found in different parts of Southeast Asia including Thailand, Laos Taiwan, Hong Kong, Myanmar, and Chinese provinces.  The many-banded krait is a very dangerous creature because the venom from this snake will kill you in a matter of minutes.

According to recent data, a dose of venom from one bite of this snake is enough to kill more than twelve people.  It is considered the most dangerous snake in the world and you should ensure that you avoid them during your trip to Southeast Asia. It is very easy to identify this snake because of its color. They are usually generally darker and they have about 30 white- or cream-colored bands on their body. A single bite from this snake is enough to cause fatalities.  If you are in the region and you are bitten by a snake that matches the description then you should seek immediate medical attention. 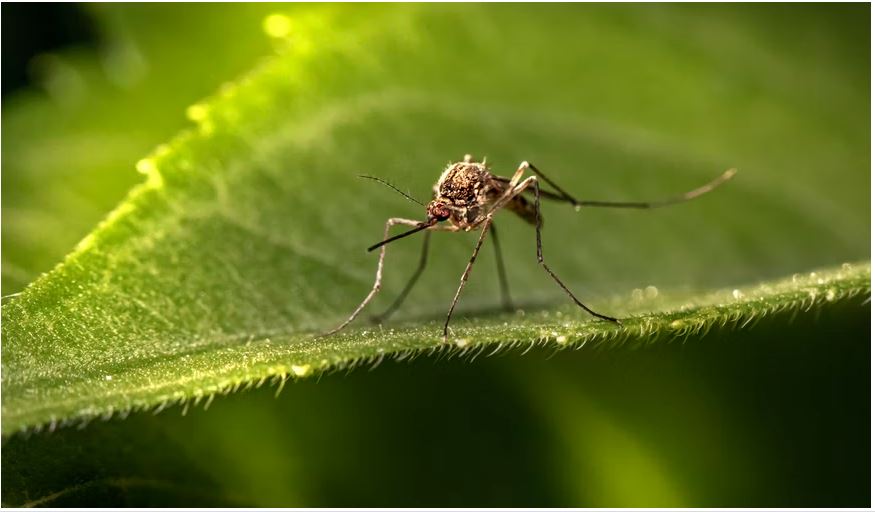 Although these are some of the tiniest creatures on the planet, they pose the highest risk, especially in hot and humid regions such as Taiwan.  the female anopheles’ mosquito is the most known type of mosquito because of its ability to cause malaria. However, these are not the only dangerous mosquitoes alone, even male mosquitoes usually carry bacteria, viruses, and other pathogens that can cause chikungunya, Nile fever, and zika virus among other deadly infections. It is important that if you are going to explore the different parts of Taiwan then you should always utilize insect repellant.

There is mosquito-induced encephalitis which is very dangerous in east Asia and it results in convulsions, disorientation, tremors, headache, and eventually death. Always sleep under a mosquito net and have your yellow vaccine fever before traveling to this region. However, if you are bitten by mosquitoes then you should seek antimalarial tablets and immediate medical attention.

This is another dangerous creature that you should avoid at all costs because they are known for its high level of venom.  They are also called the bamboo viper. This snake is native to Yunnan China, however, they are found in other places such as Laos, Myanmar, Thailand, and Taiwan. the Chinese green tree viper is known to release venom that is hemotoxic.

This means that when it is delivered to your system it is going to cause severe organ failure and death if it is not treated immediately.  It is imperative that if you are going to explore the different parts of the island then you should be wary of this tree snake.

The Asian giant hornet is one of the creatures that you are going to find in Taiwan. it is one of the most dangerous species that you can find in this region.  The giant hornet is known to deliver a high amount of toxin and by far they are the largest and deadliest species of the wasp family. A single sting from the hornet will feel like someone is piercing you with hot nails.

These creatures usually grow up to half a centimeter long and they vary in color from orange to red with black or brown stripes on their abdomen. These hornets usually like the dense forests of Taiwan and the mountainous parts of the region. According to recent data from China and Taiwan the giant hornet was responsible for 41 deaths in the region.  If you are stung by these hornets then it is important that you seek immediate medical attention.