China is a huge country and it is one of the most populous countries in the world with a population of about 1.4 billion. The country is diverse and there are so many places that you can visit and activities that you can do. Since China is the third-largest country by landmass on earth, you will not be spending your time in the busy streets of Chinese cities. However, you can take your time to explore what real China has to offer in the open spaces where you interact with nature to understand the dynamics of this unique country and observe different wild animals including some dangerous ones. When planning to visit China you have a wide array of activities to do such as visiting major museums, cities, and national parks among others.

Since the Chinese landmass is so huge the fauna and flora are these countries are also huge and diverse. It is imperative to note that China has seas and oceans on its borders and hence the creatures that you are likely to see in China cannot be found elsewhere. When people think of China the forbidden city, Tiananmen square, and the great wall of China are some of the things that come to mind. However, there is so much more than you can explore in China. China attracts over fifty million people annually and this is the fourth most visited country in the world. Since China is blessed with waterbodies and landmass there are dangerous creatures that you are likely to encounter during your trip. Here are some of the dangerous animals in China.

This may not come as a highlight on the list of the most dangerous creatures because many people tend to overlook it. However, this is a very dangerous spider that is found in rural China. They can grow up to 30 centimeters long and since China covers a large landmass, various climatic conditions thrive in these areas. These spiders are not left behind either, they thrive in warm climates and you are likely to find them in banana leaves.

These venomous spiders have a very dangerous bite that can result in nausea, vomiting, swelling of limbs, and in some cases, it may be fatal and cause death. When exploring China, you should be careful about the places that you are staying in, always confirm spider eradication.

The many-banded krait is a highly toxic snake that is found in southern and central China. They are from the same family as the Indian krait and these snakes are very dangerous and you should treat them as a very dangerous threat to your life. They are endangered species in China because local people have been hunting them and using their venom as medication and other things in the holistic medicine realm. Since the declaration that these are endangered species the many-banded karait has become very dangerous and volatile because they are protecting themselves and their territory. These snakes are characterized by black and white bands that move down their bodies and they are usually around a meter long.

They thrive in different environments such as suburbs, woodlands, grasslands, and paddy fields. It is critical to note that when you are bitten by the many-band krait you will not experience the symptoms immediately, however, when they appear they are dangerous and fatal. You should seek immediate medical attention if you think that you have been bitten by this snake and your physician can verify.

The Asian hornet is a popular hornet species that is very dangerous and it is popularly known as the murder hornet in the United States. The hornet delivers toxic venom through a sting and this sting is by far the most dangerous thing that can happen to you when visiting mainland China and the islands. These hornets are ranked as the deadliest in the wasp family. They are usually 4 to 5 centimeters long and they have some shades of orange, brown on their heads with orange stripes that run on their abdomen.

The Asian giant hornet thrives in the mountainous regions of China and they can be found in other areas of the Asian continent. The hornet stings with a six-millimeter stinger which is very lethal and according to data, the hornet caused the death of 43 people in south China. One sting will land you in hospital, however, multiple stings may result in death.

These tigers are very dangerous and since they are endangered species, they can attack very fast and kill you. The South China tiger used to thrive in the thick mountainous forests, however, due to poaching this animal has been restricted to zoos. Bites from tigers can be very deep and they can even break your bones. It is important that in case you get them in the wild you stay as far as possible.

The Asian black bears are popularly found in the northeastern part of China and they are omnivores unlike what many people tend to think. These bears usually feed on small mammals, seeds, nuts, and fish among others. It is also important to know that they can kill bigger animals such as wild boars and consume them. The variety of diets does not reflect in their size because the Asian black bears are smaller when compared to their American counterparts that weigh up to 500 pounds. They have a popular white patch on the chest and they are very round with a sturdy structure.

The black bears are among the most dangerous animals in China and you should be careful when you are exploring this environment because they are endangered species hence are aggressive and will fight back to keep their habitat. Poachers in China are still hunting them and using them for medicine. However, with their sharp claws and teeth, these creatures are very dangerous. They usually attack without notice and if you are exploring the areas that are inhabited by these bears then you need to be very careful. Seek immediate medical attention if you are injured during the attack.

The Chinese Cobra is one of the most venomous snakes that is found in mainland China and some of the islands as well. This cobra is known to thrive on almost all the terrains and when visiting rural China, you should be careful about these cobras. It is critical to note that they mostly thrive in dense Chinese forests and when visiting China, you might encounter these creatures in the rice fields and this is where it becomes dangerous. China is known to have huge rice paddy fields and it is where these cobras seek comfort and relaxation.

You will know that you have encountered a cobra when you see the hood shape on their head. It is important that when you see a cobra with the hood display you should run and move away. These cobras have adapted to the environment and they can throw their venom several meters away. Some of the symptoms of cobra spit or bite include fever, general body weakness, swelling, loss of balance, and loss of muscle function. You must seek immediate medical attention when you encounter this, always stay in safe areas.

The Chinese red-headed centipede is another creature that you should avoid by all means. This species is known by different names such as giant centipede or jungle centipedes. When they sting you, you will feel severe pain, lose muscle control, fever, joint weakness, and it may cause anaphylactic shock. If you are severely allergic, then you must seek immediate medical attention because the venom may be fatal. The spiders are characterized by the redhead and brown body and they usually grow up to 20 centimeters long.

Many snake species are characterized by the distinctive bright green color and these snakes are usually less than a meter long. They have a lighter green color on their belly and in some cases, you might see white colors. The Chinese green tree viper is a nocturnal creature and they are very active at night during the day they usually hide in crevices among other areas. The main diet for these snakes includes frogs and lizards.

In most cases, these snakes do not attack when they are not provoked. However, when you interfere with their habitat or provoke them then they are likely to attack you. They usually have very long fangs that are used to deliver venom and although the venom may not be lethal it can lead to paralysis and organ necrosis. Seek immediate medical help if you are bitten by this snake. The common areas that these snakes thrive in include near streams, ponds, and waterbodies.

These bird spiders are a group of spiders from the tarantulas and they are mostly found in the southern part of China and the island of Hainan. These spiders are known to enjoy their tropical climate and they have legs that are 20 centimeters long. hence when you are visiting you should be wary of your environment because even when they are at a far distance these spiders can attack you with their legs.

The diet of these spiders is usually insects and small animals; however, they do not consume birds. They are very dangerous and the venom from this snake is sure to send you to an early grave. They usually do not attack when they are not provoked. You must leave these creatures alone when you are exploring mainland China and the island of Hainan. The lethal dose of this venom is not yet known, however with a single sting these spiders can cause severe illnesses and eventually death. 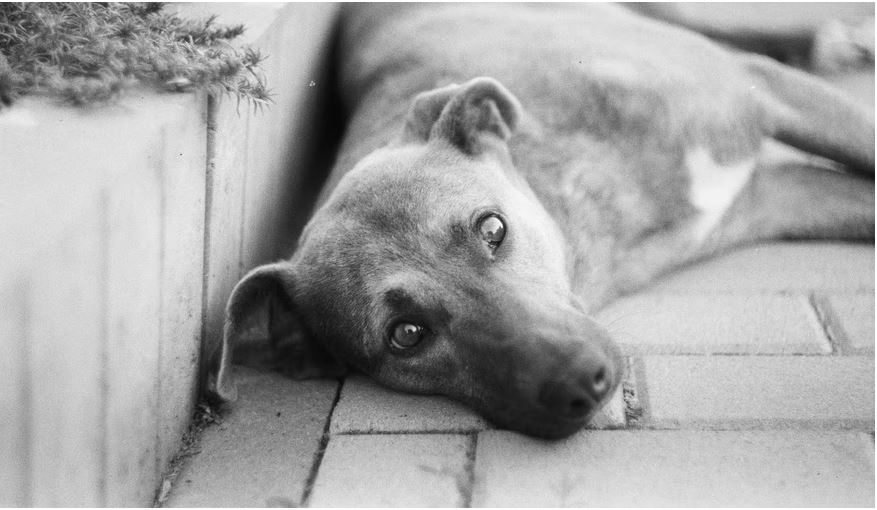 These are some of the dangerous animals because they usually eat a lot of things that you are not sure if and when they bite you, they are likely to infect you with rabies. According to reports in China, the number of people who died of rabies in 2019 was 300 and this was rabies mostly from the street dogs that pass from the dog through biting. The number of homeless dogs in China has risen in the past and this means that stray dogs have become many. it is important that when you are walking on the streets of China, you should keep a safe distance from any dog. You will not know which dog has rabies.

The Asian tiger mosquitoes might not rank as the deadliest animals for many people because of their size. However, when it comes to the number of people that these mosquitoes have killed you will be surprised. These mosquitoes are tiny creatures but they are very lethal because they carry protozoan diseases. The mosquitos usually pass the disease to humans by biting them. The Asian tiger mosquitos were originally from southeast Asia before they came to the Chinese mainland. These mosquitos are agents of zika virus, dengue fever, West Nile virus, and malaria. It is important that when you are visiting these areas always carry a mosquito repellant.

In conclusion, China is a huge country and there is so much more you can explore apart from the popular things to do. You should always be careful when traveling through China because you can never know the kind of animals you are likely to encounter. Taking precautions is the most important step and when you follow your guide’s rules, you will enjoy your trip to China.