Hawaii is one of the most visited island destinations in America and you can find very interesting wildlife in Hawaii.  The island is unique because of the waters that surround it and it is the only state that is an archipelago.  137 volcanic islands cover over 2400 kilometers and this makeup up the Polynesian region as well the coastline of Hawaii is the longest at 1210 kilometers long hence you are assured of some of the top beaches and pristine white sandy beaches.

There are uninhabited islands in the northwestern part of Hawaii and these areas are protected. If you are looking for the perfect tourist destination then Hawaii is the best place for you to visit because you are guaranteed the best experience.

You will leave the islands feeling fresh, rejuvenated, and reinvigorated.  The innovativeness, charming, kind, and welcoming nature of the Hawaiian people will make your holiday worth remembering. Whether you want the urban vibe or you want to explore the deep forests in Hawaii, you are at liberty to get everything that the islands present to you. The capital Honolulu is home to a majority of the population and here you are going to get the island vibe plus all the modern amenities that you can enjoy during your trip.

When it comes to hospitality, Hawaii is one of the top destinations that will guarantee you the best experience because with the best island resorts, hotels, and cottages among other features you will enjoy the best accommodation on the islands. 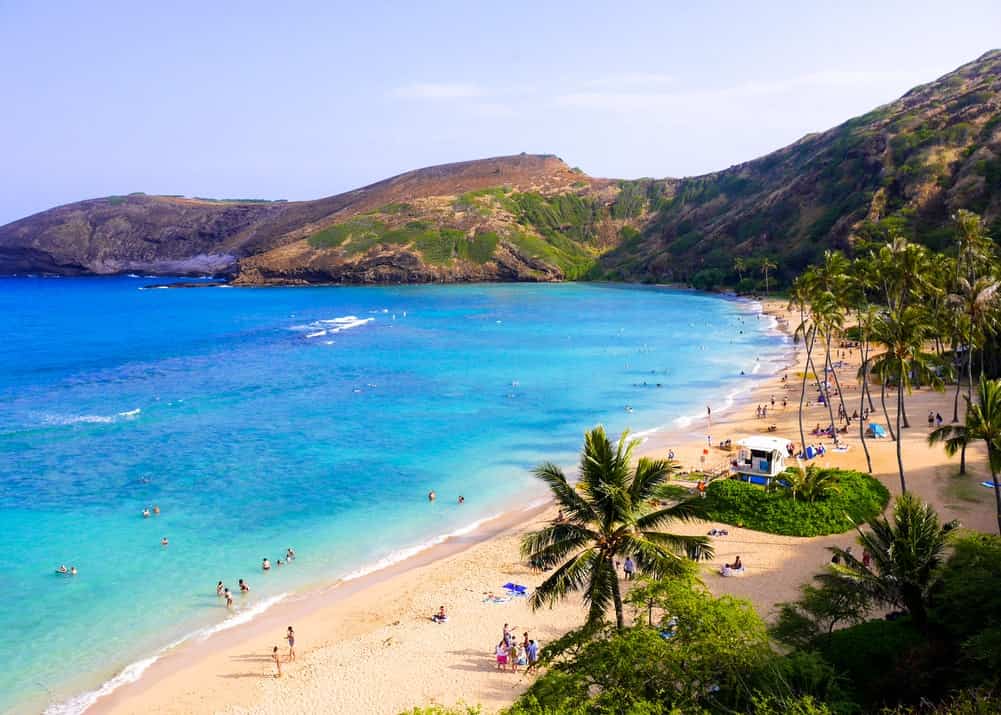 The population is multicultural and multilingual and with their charming and friendly nature, you are sure that you will enjoy your vacation in the region.  The fun activities that you are going to experience during your visit to Hawaii are one of a kind ranging from volcano explorers, surfing, kiting, deep sea diving, and hula dancers among other memorable activities that you will enjoy during your trip. The beauty of the pacific waters, pristine white sandy beaches, dense vegetation, and urban vibe among other features are some of the alluring features of Hawaii.

However, there are other frightening things that you should be wary of during your visit.  When you are aware of the dangerous creatures and the less dangerous then you will enjoy your trip to the islands. Here are some of the wildlife that you are likely to encounter in Hawaii.  The lush landscapes and scenic vistas make a perfect place for this wildlife to thrive.

The history, culture, diversity, dining, shopping, sports, and other recreational activities are some of the highlights that make Hawaii the best holiday destination.  The beautiful beaches and the amazing people will ensure that you have a time of your life when you visit these islands. Here are some of the wildlife that you might encounter during your trip. 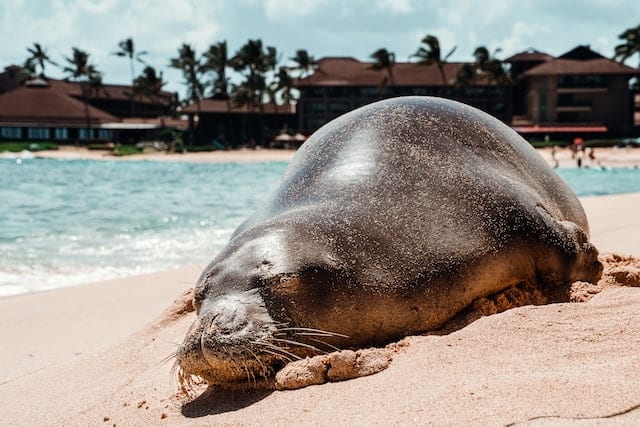 Are they cute and adorable? Yes, they are!

They usually like basking in the sun along the beaches and if you are in the protected areas where these creatures inhabit then it is imperative that you always keep a safe distance to ensure that you do not disturb them. The puppies of these seals are highly vulnerable and it is important to understand that when visiting these areas and you encounter the puppies then you should give them space.  Besides, they are susceptible to canine pathogens hence you should not visit their habitat with pets. These islands are also home to the northern elephant seal, which has an elongated proboscis. 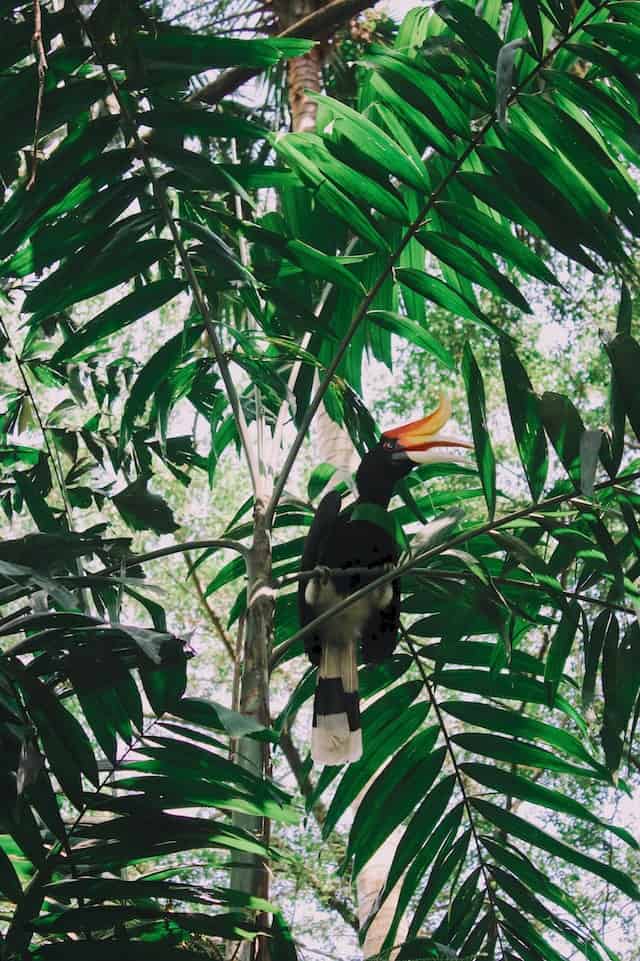 Some of the beautiful birds that you will encounter in Hawaii include the hornbills. The hornbills are known to roam the lands of Hawaii. They had been staying in a zoo on the islands.

However, some escaped, and ever since they have been on the loose in the wild regions of the islands. They are considered as vulnerable to extinction and the government in the state has put measures in place to protect them.

These are some of the most dangerous wildlife that you will find in Hawaii, they are mostly found in the forested regions of the islands. Ideally, Hawaii prides itself on a snake-free environment, however, these snakes are found from time to time and they were imported over the years to train the dogs to hunt any future snakes. However, some have escaped and reproduced in the wild hence you are likely to find them on the island. 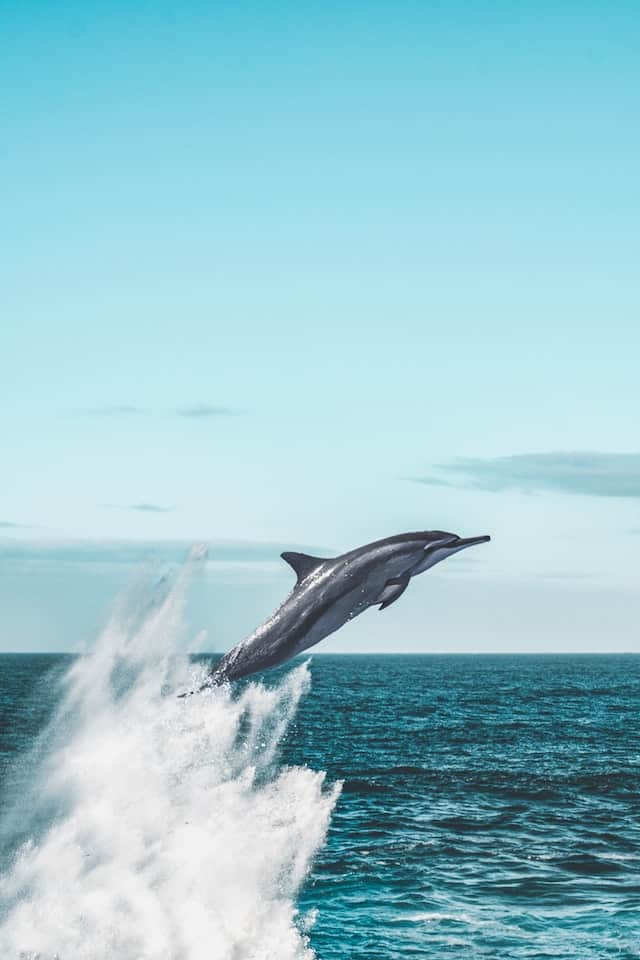 Perhaps this is one of the creatures that you are likely to encounter during your trip to Hawaii. The bats are the surviving endemic mammals of Hawaii.  Earlier people believed that this creature was a normal bat. However, after research, it was identified as a Hawaiian hoary bat.  The bat weighs around 18 grams and the females are known to be bigger than the males.  Their bodies usually resemble a half taro leaf and they are nocturnal creatures. They are endangered species hence when you encounter them you should keep some distance to avoid disrupting their habitat.

This is one of the most beautiful and fascinating creatures that you are likely to encounter during your trip to Hawaii. They are often found in the waters of Hawaii.  These creatures are endangered species and it is important that you have everything in place to avoid endangering or causing discomfort to these creatures. They are often found swimming in the corals in deep sea waters.

They are highly mobile creatures and you will find them in one place after a short period they move to a totally different location.  These turtles have been under threat because they are targeted for their decorative shells. They are classified as critically endangered species and you should take your time to explore the different directions without interfering with their habitat.

The Indian mongoose is one creature that you will find in Hawaii and it is not native to the region. This was introduced to the islands of Hawaii in the 1800s and ever since the numbers of these animals have been growing.  The population of the mongoose was meant to control the number of rats in the sugar plantation. It is imperative to know that the population of these mongooses grew rapidly and currently they occupy nearly all parts of Hawaii. They resemble weasels and they grow to a length of about 26 inches long with a long tail and brown body.

The Mongoose is a huge predator of the endemic birds of Hawaii and it is considered a mistake because a large number introduced to the region has caused the extinction of some bird species that were endemic to the region. 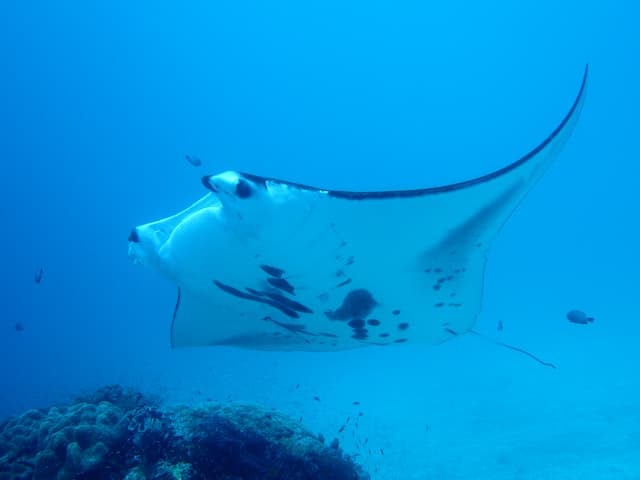 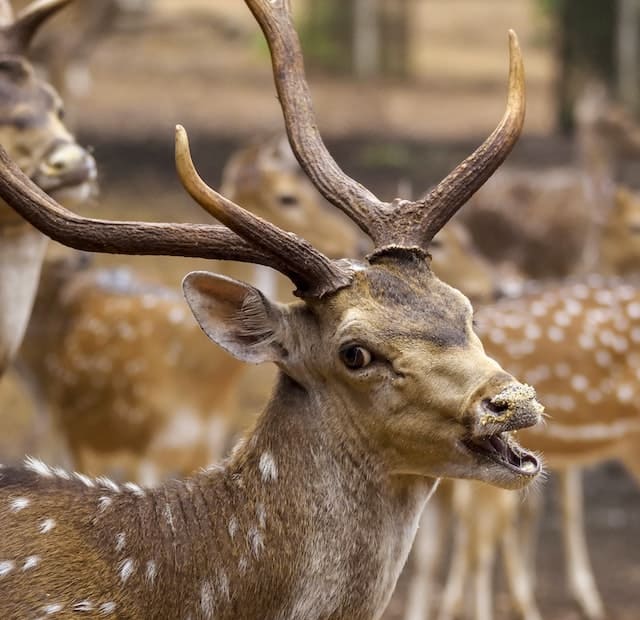 This is another animal that you are going to encounter during your trip to Hawaii. It is an iconic creature and you are bound to see it in different parts of the country. They usually like to inhabit the dense forests and grasslands in the region. It is important to understand that these animals are not native to Hawaii they were introduced in the 1800s and the number of these creatures grew over time.  You are likely to find them in the forests of Hawaii if you are going to explore the region. 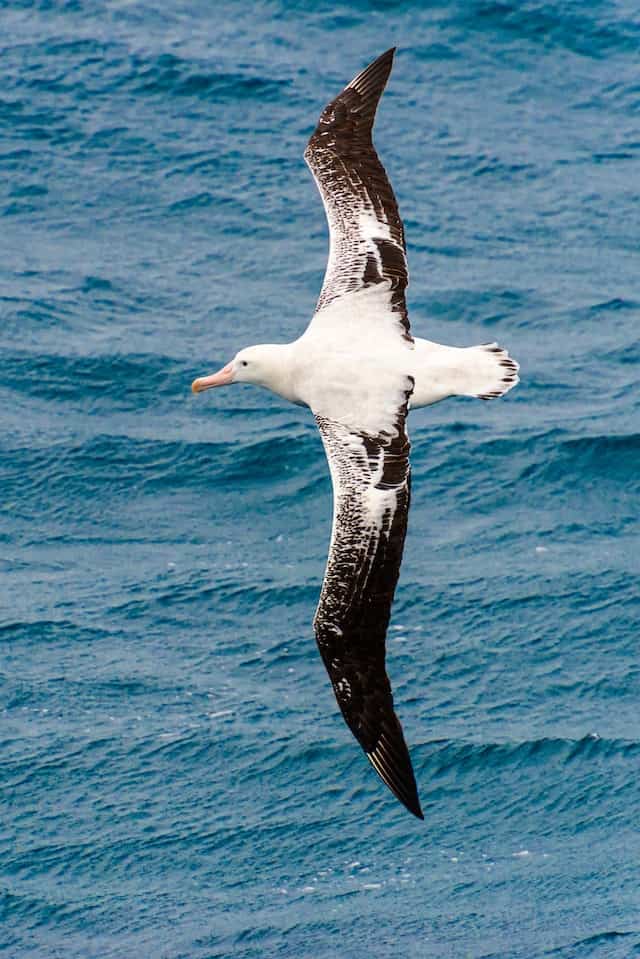 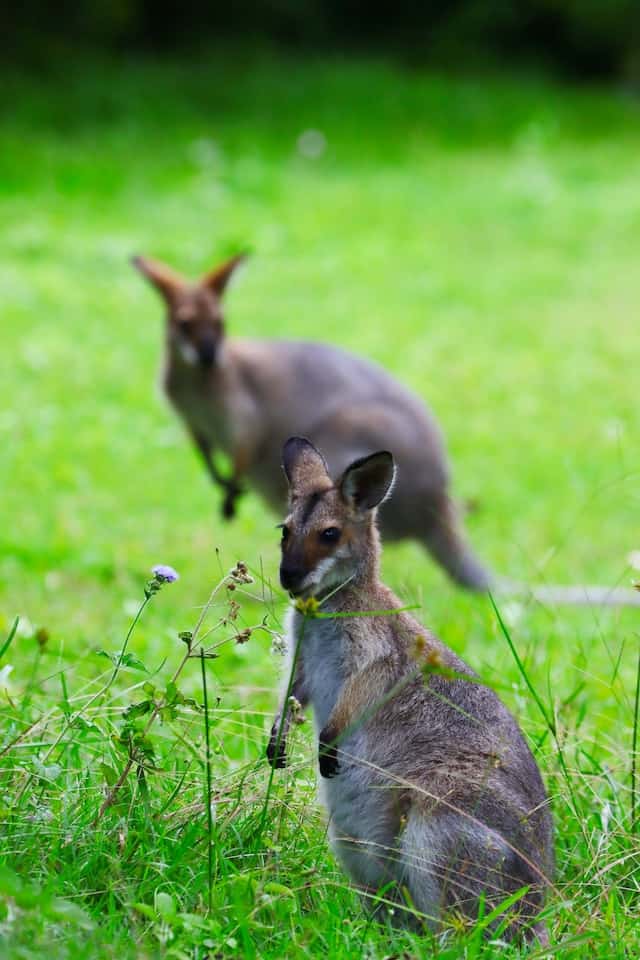 The feral wallabies are midsized macropods and they are usually found in Papua New Guinea and Australia. However, Hawaii is home to some of these exceptional creatures. They were introduced to Hawaii in 1916 as part of the diversification of the zoo in the country. However, some escaped after the population grew and they bred in the wild this increased their population. Currently, the number of wallabies has increased immensely and you will find them in different parts of Hawaii. You will find them on the main island of the Oahu Valley. 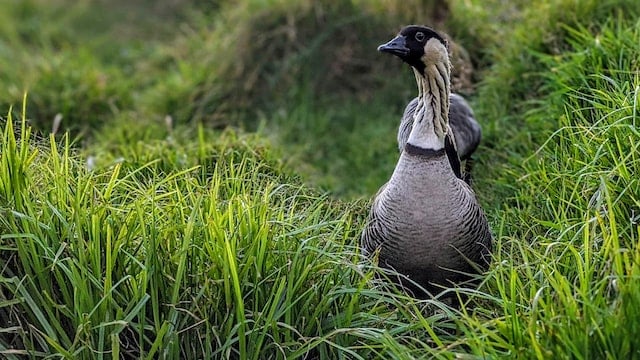 This is one of the most iconic creatures that you are going to find in the region. The Hawaiian geese are one of the creatures that are declared the state bird of Hawaii and it is found in the islands of Oahu, Molokai, Maui, and Kauai islands.

These species of birds have evolved over the years and ever since they are about 41 centimeters tall.  They are usually seen flying from one region to another and they are herbivorous in nature. They usually feed on plants such as flowers, fruits, and seeds among other creatures.

These are some of the creatures that you are likely to encounter during your trip to Hawaii. They are often considered an invasive species in the islands and it is imperative that you take your time to avoid the areas that these chameleons inhabit because they tend to be odd looking and could scare you. However, if you are an outdoor person then you will find them in the forests and the jungles of Hawaii. 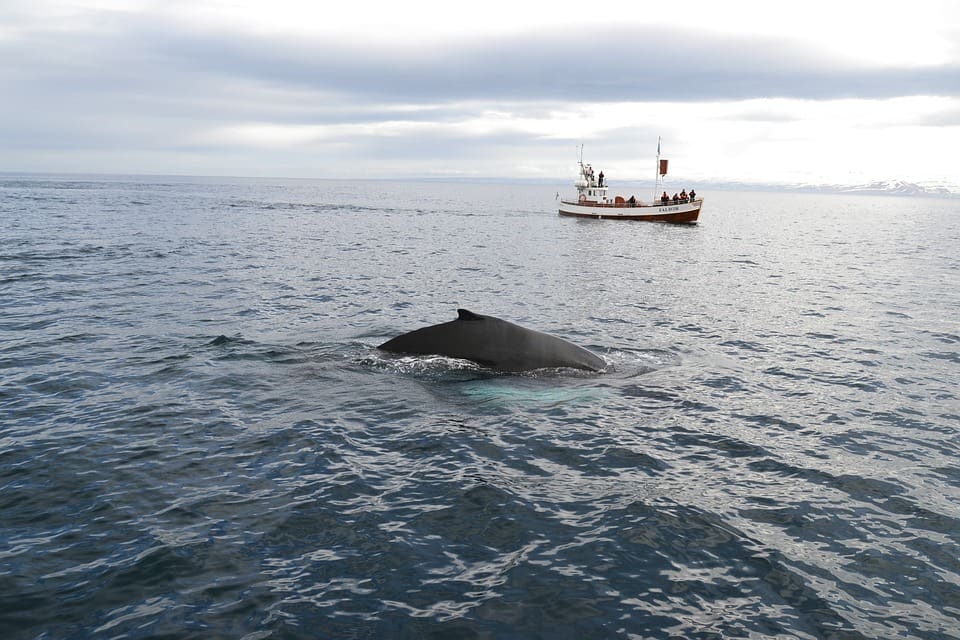 The pacific waters are the perfect environment for these creatures to inhabit. A majority of these creatures usually move from Hawaii to Alaska or either way during the winter period. The mating humpback whales usually migrate from the colder regions to Hawaii to give birth to their calves.  Dolphins are known to seek refuge in the waters of Hawaii and this is a particular location that allows the dolphins to grow in number and embrace the shallow bays of Hawaii. The bays of Hawaii serve as mating grounds for the whales and it is an ideal location for these creatures to thrive. If you are traveling to Hawaii for your vacation, it is important that you maintain some distance from the habitat of these creatures. 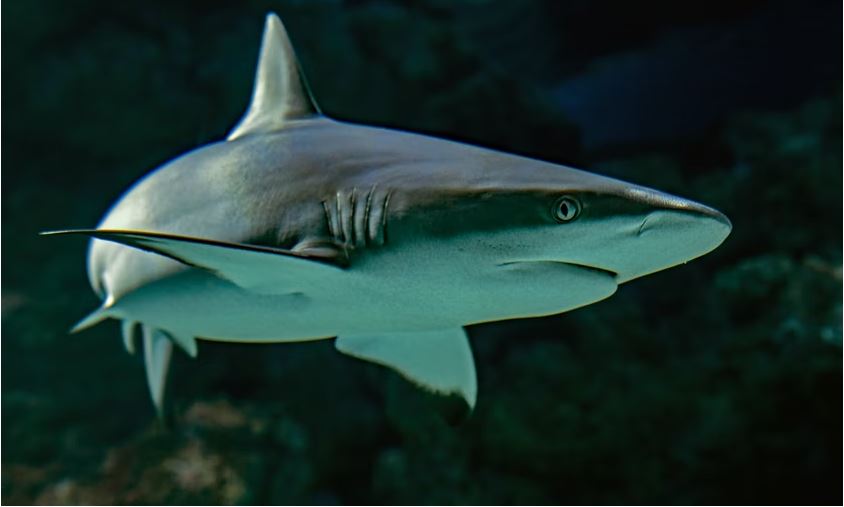 The waters of Hawaii are an ideal location for different species of sharks. You will find the sharks thriving in the waters of the island. It is important that you keep a safe distance that will ensure that you are safe. Some of the sharks are very dangerous and can attack at any moment. Some of the shark species that you are going to find in the region include hammerhead, bull, and tiger head sharks. Some tours will give you a moment to interact with these creatures firsthand and it can be a very intense moment.

FAQ about wildlife in Hawaii

What is the deadliest animal in Hawaii?

Are there bears in Hawaii?

No, Hawaii has no bears or other big predators on land.

Are there alligators in Hawaii?

No, alligators are not native to Hawaii.

Are there wild monkeys in Hawaii?

No, Hawaii has no native monkeys on land.

Are there hippos in Hawaii?

No, Hawaii has no hippos on land.

Hawaii is definitely one of the most interesting and fascinating locations not only in the USA but in the whole world.

It has not only one of the best beaches, hotels, and woods but wildlife as well.

In Hawaii you can find many amazing animals from chameleons to sharks, from Nene birds to Hornbills.

Dangerous Animals in Hawaii You Should Avoid
Poisonous Snails In Hawaii

animals in hawaii wildlife in Hawaii