South America is one of the most famous tourist destinations across the globe. The continent is home to some of the most amazing beaches, coastal waters, rainforests, desserts, and other climatic conditions. The South American continent is where some of the world’s dangerous creatures live and you should avoid these animals. Taking a visit to South America will give you a different perspective on how the world has evolved over the years and how the creatures continue to thrive in the deep rainforests. The amazon forest is located in South America and when you visit this region you will encounter the powerful green anaconda, highly venomous colored frogs, jaguars, and electric eels among other scary creatures.

The swamps and jungles of South America are very dangerous places to visit because the animals that are thriving in these environments are quite dangerous as well. Peru has some of the wildest and most exquisite ecosystems, brazil dominates with the amazon forests while Argentina has its significant share of dessert and thermophilic creatures. The nation of Peru has over 64% of the total landmass covered by the Amazon forest as well as the Andes mountains. This country has the most unique ecosystems in the region and you should visit this area once in your lifetime. It is integral to note that some of the creatures can be very dangerous. When we talk about South America many people tend to assume that were are talking about deadly snakes. However, there is so much more to this fascinating continent. The northeastern part of the continent is dominated by the amazon forests while the southern path is dominated by desserts. Many of the animals that you will find here are unique to the climatic conditions and the environment of South America. Here are the most dangerous animals in South America.

The list of dangerous animals could not be complete without mentioning the Amazonian giant centipede. This is a very dangerous creature that administers venom to the victim through the forcipules. It is important to understand that this centipede can grow up to 30 centimeters long and they are very good predators. They can attack even larger animals than themselves hence they are very dangerous. They usually consume bats among others. The forcipules deliver a dangerous venom. When the centipede stings you are likely to go into a cardiac arrest.

The lancehead is a category of snakes that are the main cause of snake bites in South America. The environment allows these vipers to thrive and since they are found also in residential areas these snakes can be very dangerous. When visiting any destination, you must understand the animals and the dangers that you are likely to encounter on your trip. When you have adequate information, you can make informed choices.

The lancehead has a very dangerous neurotoxin that usually enters the bloodstream and it causes lowered blood pressure, difficulty breathing, paralysis, and in some cases death. The hemotoxin is known to break down body tissues and this may lead to organ failure. The venom is very painful and in most cases, the victim will require limb amputations. They are also known to affect the kidneys hence the major cause of death. 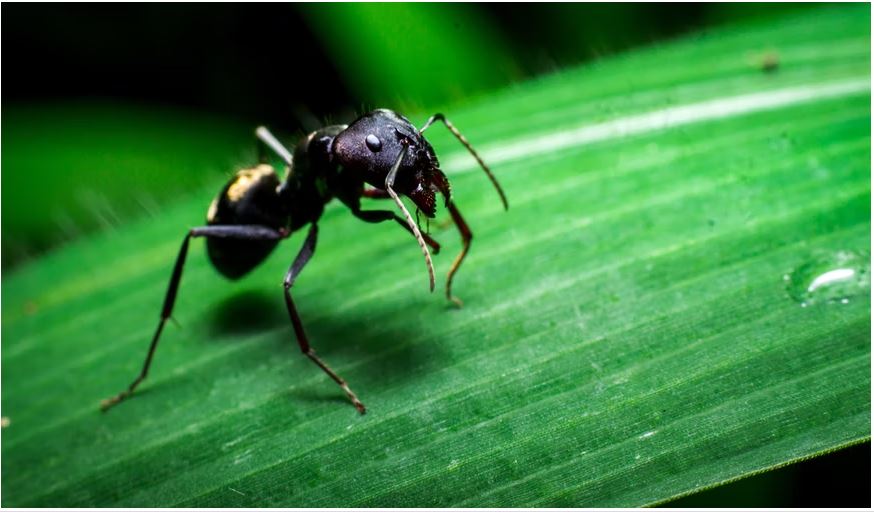 The tropical climate is an ideal location for the bullet ants to thrive. You might assume that these tiny creatures are harmless, however, this is to your peril because the bullet ants are just as the name suggests. A sting from these ants is equivalent to a bullet passing through your flesh. The sting from the insect will last more than a day if you do not seek immediate medical attention.

It is important to understand that these creatures are quite dangerous. The sting from the bullet ants can be very fatal to people who are highly allergic to venoms. If you are stung by bullet ants, you must visit the nearest hospital or consult with your physician.

The green anaconda is the largest snake that is known to man and it can weigh up to 550 pounds and grow up to 30 feet long. It is important to note that this snake is nonvenomous. However, they have a very unique muscular structure that often allows them to kill their prey by squeezing it and letting it run out of air before slowly eating them. Their jaws are very strong and they have ligaments hence can swallow a whole goat in one sitting.

The green anacondas are known to thrive in marshy swamplands and streams as they wait for prey that is big enough for their meals. Human attacks have been very few, however, you must take utmost care when exploring these areas because the creatures can be quite dangerous. 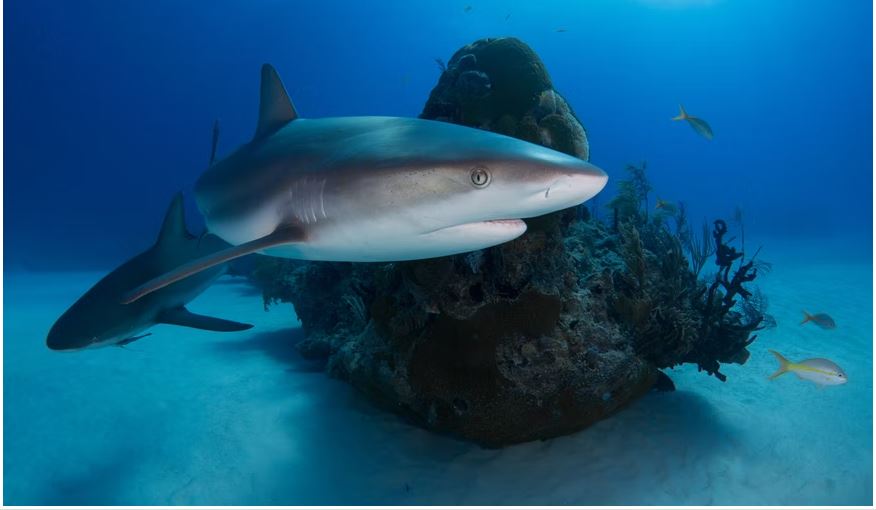 A third of the shark attacks that occur on the shark-infested coastline is usually over a half hence they are very dangerous. When swimming in the ocean you should have someone familiar with the waters to guide you to the perfect place where you can swim safely. However, if you are attacked by sharks then you should visit a hospital immediately.

If you like swimming in the dark, then you are likely to encounter unwelcomed visitors. The black caiman is a very dangerous creature that you should avoid at all costs. These creatures are known to inhabit the South American continent and they are dangerous predators. They can grow up to 20 feet long and they are known to attack any mammal that comes in their path. Since they are predators they feed on a wide array of creatures from birds, turtles, fish, and other creatures.

They usually come out at night to look for food, therefore you should avoid night trips in areas where these black caimans inhabit. They are well camouflaged because of their color; however, you should be very careful when exploring the South American continent. Cases of human attacks are few, but this should not negate the fact that these creatures are dangerous.

If you fear arachnids, then this is the right information for you. The Brazilian wandering spider is one of the dangerous creatures that you will find on the South American continent (see in Dangerous animals in Brazil and Dangerous animals in Venezuela for more information). They carry a very unique and dangerous venom that with one sting they can kill an adult person. These spiders are characterized by many hairs and brown color and they usually grow up to 2 inches long and the legs may grow up to six inches.

This is a different spider species because it does not build a web to catch its prey they often roam during the night and will attack the animals that it can reach. It is very aggressive and you should be careful when moving from one place to another because these creatures can kill you in an instant.

The giant otter is the largest member of the carnivorous mustelid family and these creatures are very dangerous because they can even attack something that is beyond their weight. They can grow up to 5.5 feet tall and can weigh up to 70 pounds. They have very powerful jaws and teeth that can pierce through bones and muscles very fast. They operate as a group and hence when they plan to attack you everything changes because you will be dealing with multiple threats.

You must avoid areas that are prone to these otters and since they are fast, intelligent, and aggressive they are usually very dangerous. A large part of the otter’s diet is made up of fish, however, when the food is inadequate, they tend to be aggressive and will attack anything that comes their way. There are two cases of human attacks by the giant otters and it is critical that you avoid areas where these creatures are thriving.

The piranhas are some of the most dangerous animals that you can find on the South American continent. These creatures have razor-sharp teeth that are known to slice through flesh and muscles and it is important that when you are going for a swim in the south American waters, you should know the environment well to avoid attacks from the piranhas.

According to studies they can strip to the bone an adult male in one minute. the piranhas usually smell blood from long distances and they are very dangerous because once they do smell blood they swim in groups. The piranhas are very dangerous creatures and you should avoid the areas that these animals are inhabiting. When swimming swim in places that are safe and avoid trying new places. In case of any attack visit a hospital immediately.

The kissing bug is among the dangerous animals in South America. The kissing bug got its name from the fact that they like biting people and animals on the face or softer areas of the face and eyes. When they bite the venom that is transferred to the victim is quite dangerous because they usually cause Chagas disease. The bugs can grow up to around an inch and they are carriers of various infections hence the need to avoid these creatures.

Chagas disease is a protozoan disease that causes over seven thousand deaths annually. Besides the infection usually jumps to acute conditions and this may be fatal for someone who had existing illnesses. Over a third of the people who are infected with Chagas disease end up developing neurological and cardiac problems. 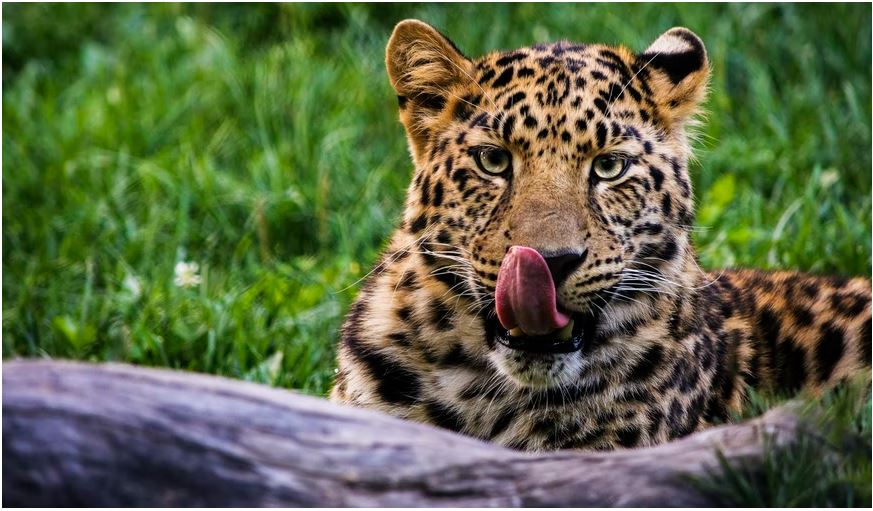 The Jaguars are the largest cats in South America and these are usually located in the basin of the amazon forests. They are very lethal animals because they are equipped with very strong claws and teeth that can deal with their prey within minutes. The jaguars of South America are lethal because they are wild and very aggressive. An adult jaguar will weigh anything from 200 to 300 pounds and they can run up to 50 miles an hour. These animals are very dangerous and you should avoid the areas where they inhabit.

They usually hide in the mountains and the rainforests and hunt at night, however, if you provoke them, they are likely to attack you immediately. They are very good climbers and when they chase you, do not lie to yourself that you will climb a tree they will devour you. These cats are very good swimmers too and as much as the jaguars enjoy deer, and rabbits among other creatures when there is a food shortage, they are likely to attack you. Human poachers have made these animals excessively dangerous and volatile and hence can attack at any moment. 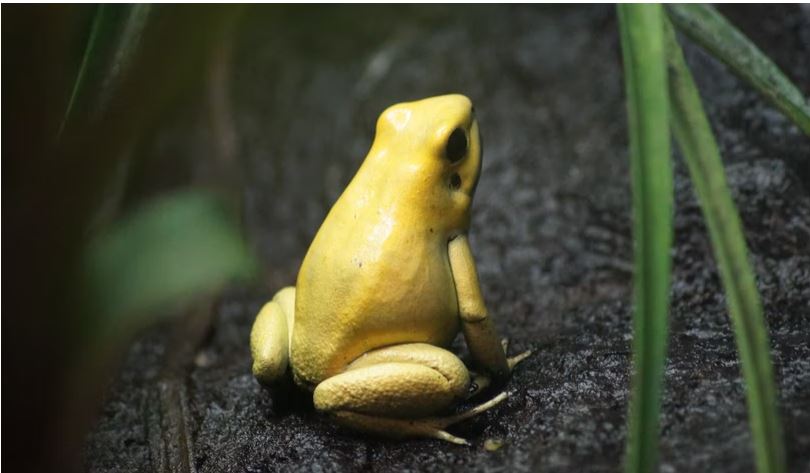 This is a popular frog that has been known because of the shiny colors and the bright nature it lights up the environment it inhabits. However, the bright colors should not fool you because these frogs are the most dangerous creatures that you can find on the continent. Venom from the golden poison dart frog is enough to kill ten adult men. These frogs are tiny and they usually grow up to a maximum length of two inches.

They are often characterized by their bright yellow color and it is important to note that these colors are usually adaptation characteristics to scare away predators. The local people have been using the venom from the frog to poison the tips of their arrows and hence the name. The population of this frog is dwindling and it is important to understand that the country of Brazil has made them endangered species. The poison from the frog will automatically kill you.

In conclusion, South America is a rich continent and you should explore this region now that you have all the information about the dangerous creatures there. Always take care and enjoy your trip.