The Amazon rainforest is one of the most popular forests in the world because of its diverse fauna and flora. The amazon forest covers nine countries in South America and the river basin has one of the largest biodiversity in the region. Half of the world’s living plant species are in the Amazon rainforest and the wildlife is amazing. Many tourists flock to the Amazon rainforest to explore the unique rivers and the creatures in the region. The views from the sky and around the forests are out of this world. The incredible wildlife in the region is exquisite and you will see creatures that you have never seen before. You get the chance to see creatures firsthand and up close. These animals usually present a very dangerous threat and if you are not careful, they might ruin your trip experience.

There is so much that people are discovering every year about the Amazon rainforest. The forest represents over half of the remaining forests in the world. Since it is a tropical rainforest, it has unique plants and animals and you can learn more about the country when you make a point of visiting the region. The area is a truly remarkable place that you should visit when planning to explore tropical forests. Before you choose to take visit the Amazon, it is important to check out the environment and check out the peaceful environment that it offers. There are over two million square miles of uninterrupted forest and it is the largest tropical forest on earth. The Amazon is home to over 400 amphibian species, 430 mammalian species, 300 fish species, and over two million types of insects. Visiting the Amazon is one of the top destinations for many people and when planning to do the exploration, you should check out the following dangerous animals.

The green anaconda is a snake species that thrives in the Amazon rainforest and it can grow up to 9 meters long and weigh 500 pounds. They are the largest nonvenomous snakes that are found in the amazon forests. These snakes usually thrive in river streams, marshes, and swamps. Their life is mostly spent submerged in the water and they can breathe using the nostrils that are found on the head.

These snakes are dangerous because despite their nonvenomous nature they can constrict the victim. The round muscular body is very critical in killing the prey and the snake usually rounds up the victim and crushes it by constriction. They are not man-eaters in nature; however, you should not hang around the areas where these creatures thrive because you might find them when they are very hungry and they will be tempted to kill you.

If you are bitten by mosquitoes, you must visit a hospital or talk with your physician to give you medication against the local diseases caused by the mosquito. Yellow fever is a common disease caused by the mosquitos found in this region. Many tourists visiting the amazon forests are required to have a yellow vaccine fever. Always carry a mosquito repellant if you are visiting this region because it will help you prevent bites from the mosquitos.

The Amazonian giant centipede is a creature that has become a common dangerous animal in the region. This Peruvian giant centipede with yellow legs is the largest known centipede in the world and it can grow up to 30 centimeters long. The centipede consumes a wide array of small animals and you should be careful when visiting this destination because you can avoid a sting from the dangerous creature. The centipede has forcipules that are known to deliver venom to the victim before the venom kills it.

The Amazonian giant centipede has a highly toxic venom that when it is injected into your system it will cause paralysis, difficulty breathing, lowered blood pressure and it can cause death. According to data from Brazil it was noted that a four-year-old child died of the centipede sting. This means that when the dosage of the venom is high it could cause death. When visiting Amazon, you should always be careful and understand your environment to prevent any problem that may occur.

The poison dart frog is by far the deadliest creature that you can find in the Amazon rainforest. The Amazon rainforest is rich in rivers, streams, swamps, lakes, and marshes. Depending on the region that you are visiting, you are likely to encounter these frogs. You must avoid these frogs because they are highly venomous and will cause even death. The dart frogs have different colors depending on the environment that they are living in currently. You will find some with red, blue, green, gold, and copper colors. Of all the poison dart frogs that are found in the Amazon Forest, the most dangerous species is the golden poison dart frog. The poison from this frog can kill up to ten adult people.

The brilliant color is a warning to the predators and you should stay away from these creatures. When the venom from the poison dart frogs encounters your skin, it pierces through the skin and eats away the cell. It is a very dangerous species that can cause nausea, death, paralysis, and heart failure among others. The frogs are dangerous and you should look out for these species when visiting the Amazon rainforest. If by bad luck the frog darts poison on you then you should visit a medical center immediately.

The Brazilian wandering spiders are the most dangerous arachnid that you will find in the Amazon Forest. The spiders get the name the wandering spider because they often come out at night and they crawl around looking for food. During the day these spiders are known to hide under the banana leaves and some live in basements and crevices. You must check the house where you are staying to ensure there are no spiders.

These spiders are often tiny in size and you might find it difficult to identify them. according to data 14 people have died from bites from these spiders in Brazil. The venom from the spider is known to cause extreme inflammation, extreme pain, respiratory paralysis, and in severe cases death. If you are bitten by a spider, you must visit a hospital immediately.

The black caiman is the largest alligator and it is a massive predator that thrives in shallow rivers, lakes, and seasonally flooded savanna in the Amazon basin. The caiman is a predator therefore you should be careful when you are dealing with this creature. You must watch the places that you are visiting to prevent any injury that you may get from the creature.

The black caiman is not selective when it comes to attacks, when they feel that they are being attacked or their habitat is under threat they attack with their sharp teeth and strong muscles. The attacks from the caiman are often fatal because of their strength and sharp teeth.

Among the cats in the Amazon forest, the jaguar is the third-largest creature and it is a carnivore that is adapted to killing and devouring prey. When visiting the jungles, you should avoid the areas that are inhabited by the jaguars. There are over 87 species of jaguars in the Amazon Forest and although they do not prey on humans, they can kill people when you explore their habitat or when they are hungry.

The jaguars are often popular in central and southern America and it is important to check out the areas where you are visiting a location you should be careful of because these cats can attack you. 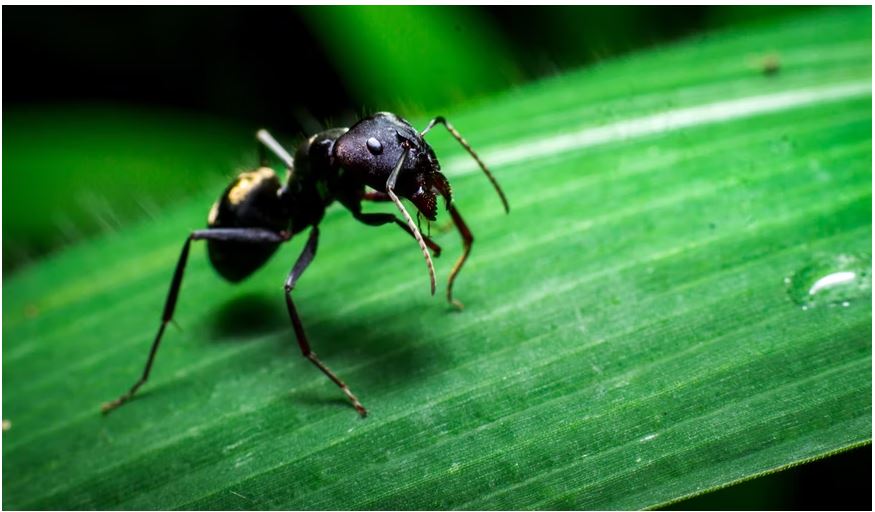 The bullet ants get their name from the dangerous sting that these ants will deliver to the victim. These are some of the common creatures on the amazon. The Amazon rainforest is a tropical rainforest and you should be careful because you will these creatures will sting you and it may be fatal. The bullet ants can trigger an excruciating pain in the area that they have bitten and according to people who have been bitten the sting is as painful as being shot by a bullet.

The pain from the bullet ants usually lasts for a long and you should avoid them. When bitten by the ants you should visit your nearest clinic for a painkiller because the pain can last for over 24 hours.

One of the most dangerous creatures is the electric eel. These creatures are docked in the Amazon river and they can deliver a high electric shock that will leave you paralyzed. The fish has three organs in its abdominal region and these organs can generate electricity that can stun the prey to paralysis before consuming them. Although the cases of human attacks are rare in this region, you should be careful because such shock may cause paralysis and in some cases damage to organs.

According to reports in Amazon rainforest, the eel is capable of stinging humans and causing them to drown even in shallow water. There are cases where the eels delivered shock that is strong enough to kill a horse.

The piranhas are some of the most dangerous and scary creatures that you can find in the Amazon Forest. The piranhas are characterized by razor-sharp teeth and powerful jaws that can consume the creature. Many people tend to assume that these creatures feed on humans, however, their main diet is seeds, algae, crustaceans, mollusks, insects, and other fishes.

An attack from these piranhas is usually rare, however, it should not be overlooked. They usually work in groups and if they want to attack you, they will shred your flesh within minutes and can cause death. During the dry season when food is scarce these fishes are very dangerous and you should avoid them as much as you can because they can attack even humans.

The lancehead pit viper is a dangerous and venomous pit viper that is common in the Amazonian forests. These vipers are usually dangerous because they can deliver venom to the victim through their sharp fangs. The lancehead vipers are found in Venezuela, Colombia, and amazon in Brazil. They can grow up to a length of 1.5 meters and they are known to have very unique stripes on their bodies. Since these creatures have stripes, they can quickly camouflage to the environment and you will not know that they are existing in this region. You must check out your environment when visiting the region.

The snake can deliver venom that will cause paralysis, heart failure, and organ failure among other severe problems. 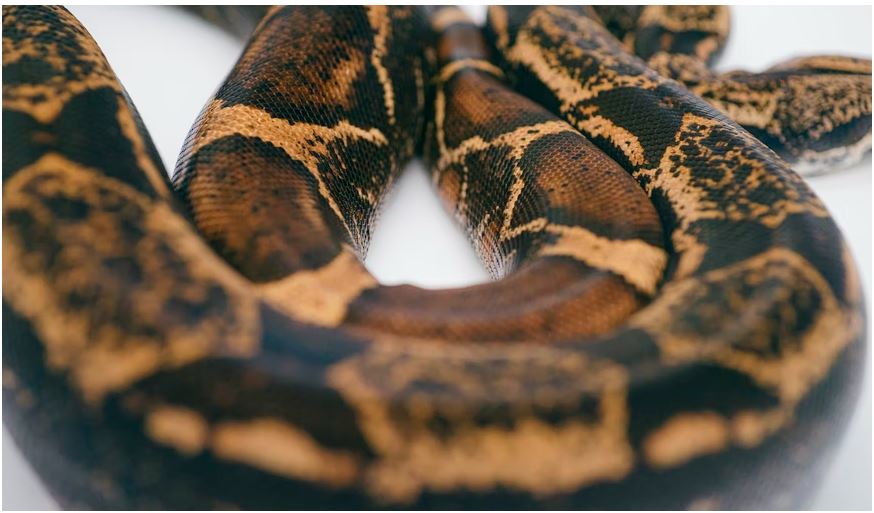 The boa constrictors are among the largest snakes that are found on the planet. It is imperative to note that these snakes are very dangerous and you should be careful when exploring the amazon forests because they can kill through constriction. The snakes usually consume smaller animals such as rabbits and deer among others. However, during the dry season, they become aggressive and can attack anything in their sight for food.

In conclusion, the Amazon Forest is an amazing environment that you should visit and explore. During your visit, you should take your time to explore everything that the region has to offer. However, always be careful and know the dangerous creatures that are living in this dense forest.

dangerous animals in the Amazon