Vietnam is one of the most popular tourist destinations in South Asia. The country comprises jungles, rainforests, sparkling seas, exceptional beaches, and great culture and diversity. When looking for a holiday destination in Southeast Asia, Vietnam should be on top of your list because this fantastic country is famous for its pristine beaches, tropical forests, rivers, bustling cities, and outstanding cuisine.   This country’s people are friendly and ready to help you get the best of the country. Whether you are visiting Vietnam for the first time or you are a returning visitor, then this is the perfect destination for your tropical vacation.

The capital is bustling with life and entertainment, and you can enjoy drinks, dance, and have fun at the available clubs and resorts. The people are friendly, and you will enjoy your time because they will guide you to the places where you need help. English is spoken widely in the country, and you are less likely to experience any language barrier during your trip to the country. The lifestyle of the local people is fantastic, and you will learn something new during your trip to the region. Since the country experiences a tropical climate, then there are a lot of creatures and animals that are thriving in this region.

Here are the most dangerous animals in Vietnam:

This is one of the vipers found in the highlands and mountains of Vietnam. It is critical to note that the snake is hazardous because it has the most dangerous venom. They can grow up to a meter in length and are dark purple. The head is triangular, and scales are going in a regular pattern across its body. It is an elusive creature, and you should avoid the areas where it is thriving because it can cause death because of the venom that it delivers to the victims.

The giant centipede is often found in forests and other hidden places where they like to explore. This centipede is also called the Chinese redheaded centipede and it is a jungle centipede that grows up to 8 inches long, and it has over twenty segments on the body. The centipedes have very dangerous venom delivered via the claws that it has. They are very aggressive, and you will find them moving from one location to another.

The centipede’s venom is known to cause paralysis, failure of organs, tissues, and necrosis. The venom delivered to the victim will cause the cells to eat away and decay, which is one of the main things that makes the centipede very dangerous. When exploring the forested parts of Vietnam, you should be ready and careful where you are passing because they can attack you. If you are stung by the centipede, you should seek immediate medical attention.

The redheaded krait is a venomous snake found in the Southeast Asian rainforests. You should be careful when traversing these lands because the snakes thrive in the warm tropical climate. There are hundreds of species of the kraits; however, this is characterized by a glowing scarlet head, and it is known to be semi-aquatic, which means it thrives on land and in the waters. This snake is known to succeed in the Southeast Asian peninsula and northern parts of Thailand to the Vietnamese islands on the South China Sea.

It is important to note that you are less likely to encounter them during your trip because they like to hide. However, if you meet them, you must ensure that the place you are staying is safe. The neurotoxin from this krait is very dangerous because it causes the prey to be paralyzed by shutting down the respiratory organs, which will cause death by asphyxiation. Some of the symptoms of the bites from the krait include bilateral ptosis, nausea, hyperactive salivation, and eventually death. Seek immediate medical attention if this snake bites you.

The white-lipped viper is one of the most dangerous vipers you will find in Vietnam and South East Asia as a whole. These are some of the most dangerous snakes you will encounter during your trip. The snake likes enjoying its habitat in the bushland and the bamboo forest areas. Since Vietnam has an abundance of these forests, the snakes are in huge numbers. The lands along the Mekong River make a perfect environment where these snakes thrive, and if you explore the Mekong River, you should watch out for the snakes in the region.

Since the area is dark, it can be pretty tricky to spot a snake hence the need to take utmost care during your exploration of the region. The tropical rainforests are thick, the white lips characterize the viper, and you should not get close to them because it will bite you. The snake is usually aggressive and will take a short time. The venom from the snake usually has procoagulant features, which causes blistering, intense pain, and local swelling. You must seek immediate medical attention in case the snake bites you. 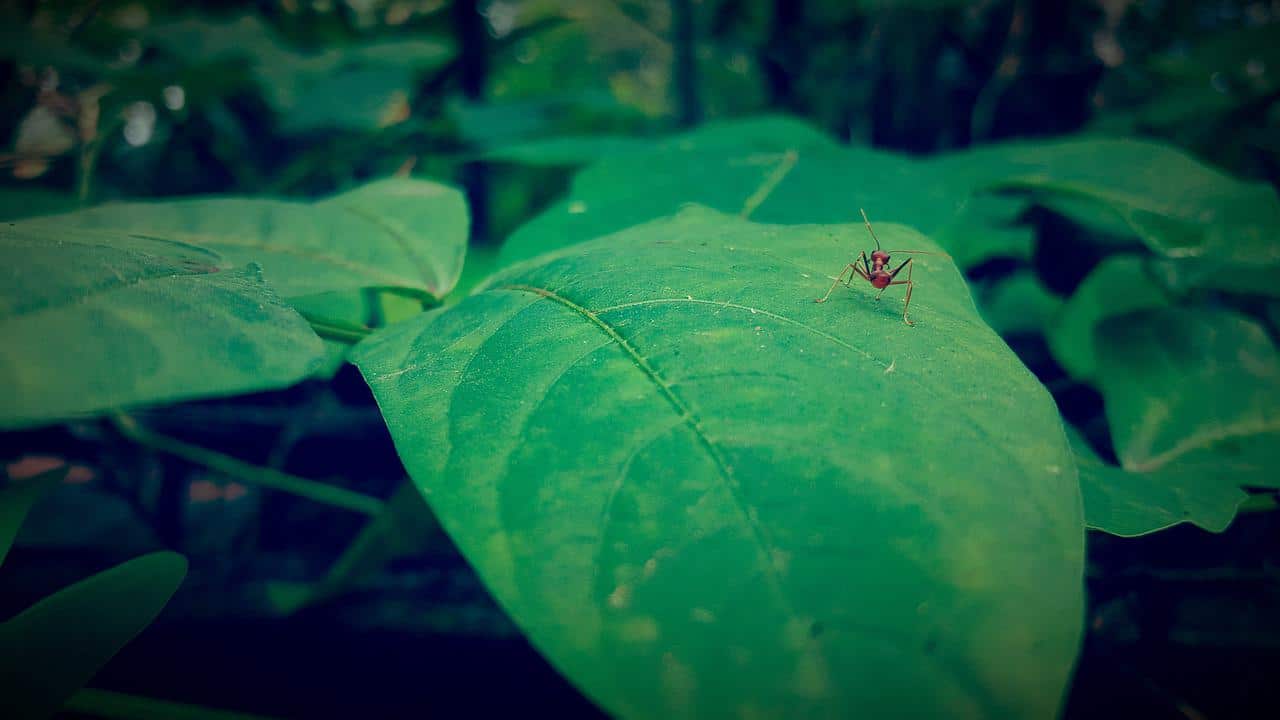 The weaver ants are some of the most famous creatures in Vietnam. These ants are usually found in forests and trees. The weaver ants are known to attack in swarms, and it is essential that when you are traversing the country, you should be careful in the places that you are stepping on because one step in a wrong place will result in the ants coming out in large numbers and they will bite you ferociously.

They have very sharp claws, which can cut through the skin and cause severe bleeding. It is important to note that these ants are closer to the fire ants that are popular in North America. They have a very dangerous bite, and the edge usually causes skin irritation, swelling, discomfort, and excruciating pain. You should seek immediate medical attention if the ants bite you.

Bats are some of the dangerous creatures that you will find in Vietnam. The bats are flying rodents known to thrive in the streets and tree canopies. They usually thrive at night. You must be watchful of the environment you are staying in to ensure that there are no bats in the areas. The bats are around the Mekong River waterways and the Vietnam cave system. Bats have become dangerous creatures because they are carriers of some hazardous bacteria and viruses hence the need to ensure that you are kept safe.

The bats have been known to be the origin of the coronavirus experienced in the recent past. The bat-borne viruses are some of the effects of having bats around. There are numerous bat species in Vietnam and you should be careful about the region that you are visiting because they could be thriving in these parts of the world.

This is one of the most dangerous creatures you will likely encounter during your Vietnam trip. The crocodile is a massive animal with sharp, dagger-like teeth. When exploring the country’s wetlands, you should be aware of these creatures because they are very dangerous. They have potent muscles; sharp teeth, and are agile in the water. It is one of the giant reptiles that is thriving in Vietnamese waters.

You will find it in wetlands, and muddy banks among other areas. They usually grow big and can weigh up to 1000 pounds hence with this humongous size and predatory skills; you should be careful because it can crash your bones and eat you. The crocodile is known to tear flesh and bone into tiny pieces within a matter of seconds. When traversing the country and exploring the Mekong River delta you should be watchful about these creatures. However, in a situation where a crocodile attacks you then you should seek immediate medical attention.

The gaur is an endangered water buffalo that is thriving in Vietnam. The buffalo is very dangerous, and you should watch out during your trip to the country. There have been human activities that have threatened the population of these creatures. Farming, deforestation, urban development, and poaching are some of the activities that have resulted in a diminishing number of the gaur in Vietnam.

These big mammals were thriving in south East Asia and the Indian subcontinent, however, the number has continued to reduce drastically. The local government has put in measures to improve the population of these beasts in the recent past and there is a continued effort to improve the number. Poaching and other human activities were prevalent; the animals became more dangerous and can attack people. They have thick horns and can run at you at high speeds.

Vietnam is a warm country and it is imperative that you are sure that you have insect repellant when you are traveling to this destination. When you have the insect repellant, it is easier because you can apply it to your skin to avoid bites and irritations. Mosquitoes are often overlooked yet very dangerous creatures that cause dangerous diseases such as malaria, chikungunya, zika virus, and Nile viruses among other deadly diseases.

Vietnam’s climate is tropical and subtropical hence they thrive in such areas. When visiting the country you should ensure that you are sleeping under a mosquito net and that you have been vaccinated against yellow fever and even malaria recently. Some of the symptoms that you might exhibit after mosquito bites include fever, nausea, vomiting, backache, chills, jaundice, and unending headaches. You must seek immediate medical attention if mosquitoes bite you.

King cobra is one of the snakes you will likely find all over the East Asian region. The snake is known to thrive in the rainforests of Vietnam, Myanmar, Indonesia, and Borneo. It is one of the most dangerous creatures you are likely to encounter in this region and you should be careful when moving from one location to another in Vietnam. They are perfect for exploring the forest areas and they usually consume small rodents and snakes.

These snakes are agile and do not like surprises; they will attack you within seconds whenever they feel threatened. The venom that the cobra delivers is dangerous because it is known to cause paralysis. The vital organs in the body are disabled, leading to coma and eventually death. You must seek urgent medical attention when bitten by this snake. Over 30% of cobra bites usually end up in fatalities and it is important that you avoid them. 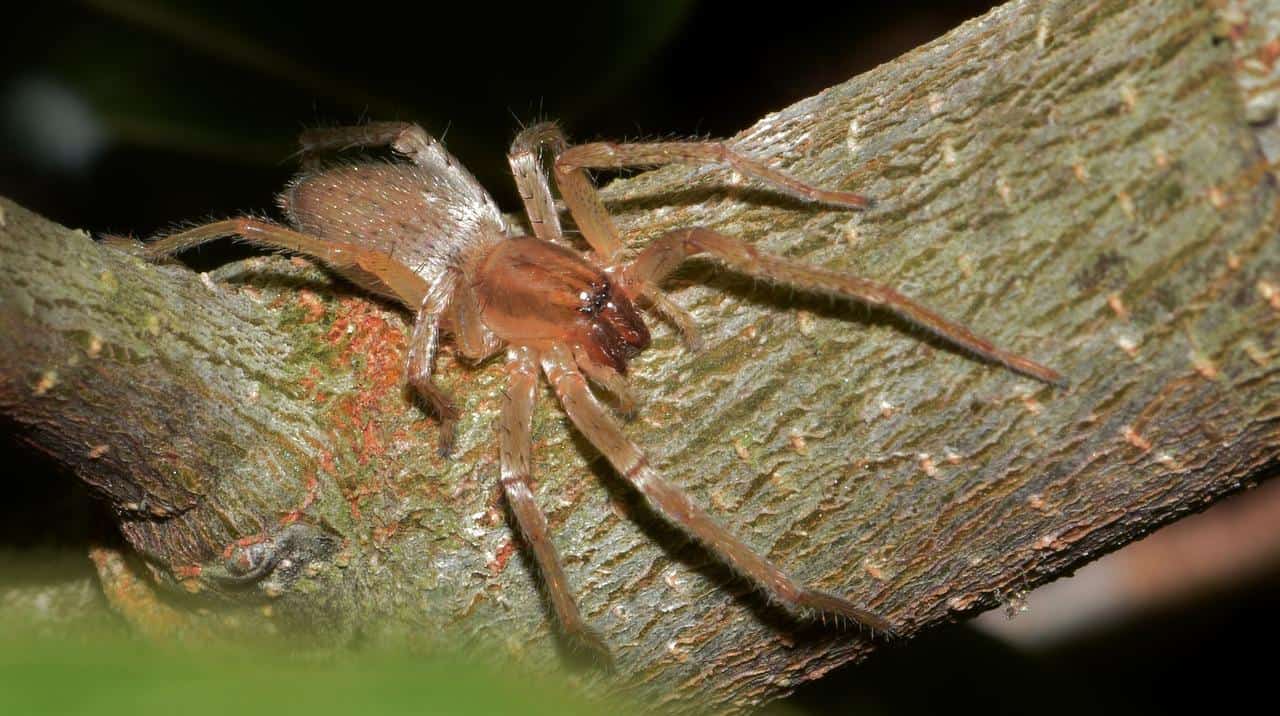 This is one of the most dangerous creatures in Vietnam. The spider is known to thrive in forests and other dark areas. It usually has a nasty bite. These creatures thrive in Indochina, and they are known to move around, especially at night when hunting for food. The yellow sac differentiates it from other spiders, and you should be careful when exploring the country. They usually have fangs, which are used for piercing through the victim’s skin.

Once it has penetrated the skin, it will deliver the venom. This venom is dangerous because it causes local necrosis, leading to tissue death and eventually organ failure. The cases that have been recorded of these spiders have been few. However, you should not take it for granted and go messing around. You should always be careful when dealing with spiders.

In conclusion, Vietnam is one of the best tourist destinations and you can enjoy amazing sunshine in the tropical climate as you explore the different parts of the country. It is a unique place and you will also get to understand the local culture and cuisine.