Switzerland is a country that sits in central Europe, and it borders Italy, Germany, France, and Austria. There are many stereotypes about Switzerland and Swiss people, but do you know what is Switzerland known for? Okay, let’s start with basic information.

Switzerland has a population of about 8 million people, and life expectancy and the quality of life is relatively high compared to other countries in Europe. It’s funny that Switzerland has four main spoken languages, including Romansch, Italian, German, and French, so better prepare yourself.

Whenever someone mentions Switzerland, the first thing that comes to mind is the pristine snow-capped mountains and the luxurious landscapes that enrich the country. The ancient architecture, 16th-century fountains, and medieval city clocks are some of Switzerland’s extraordinary attractions, apart from natural wonders.

Let’s find out the most popular things Switzerland is known for. 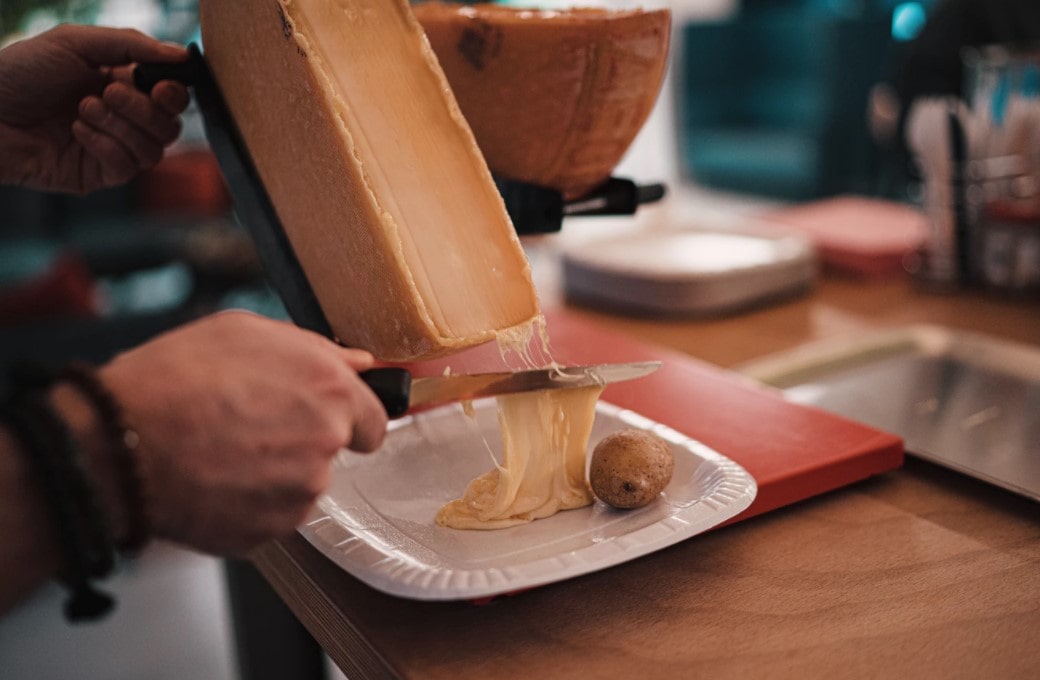 Switzerland is famous for its exceptional cheese made from milk from cows that often feed in the alps’ green grass. The selection of cheese is so rich that you can choose between 450 different types of cheese made from goat, sheep, and cow’s milk.

If you’re not sure which cheese to get, the best option is to buy a ‘cheese wheel’ where you can sample a few famous variations. For cheese lovers, head over to Gruyere as it’s a world-renowned cheese destination.

You may book the “Panoramic Cheese Tour to Gruyere with Cheese Fondue”, you’ll be rolling green landscape and the peaks of the Fribourg Pre-Alps on the so-called Panoramic Bus. The end of the tour will be that you will indulge in a Typical Swiss Fondue in a truly authentic Swiss Chalet. You can book the tour here: Swiss Cheese Tour.

There are numerous fancy places in Switzerland that you can visit by taking a train from the sleepy town of Zermatt, Zurich, and the alps. One of the main routes is the Bernina Express, which runs across Switzerland’s most scenic routes. The glacier express remains one of the most fantastic train rides in the world. It is a popular tourist attraction on its own. 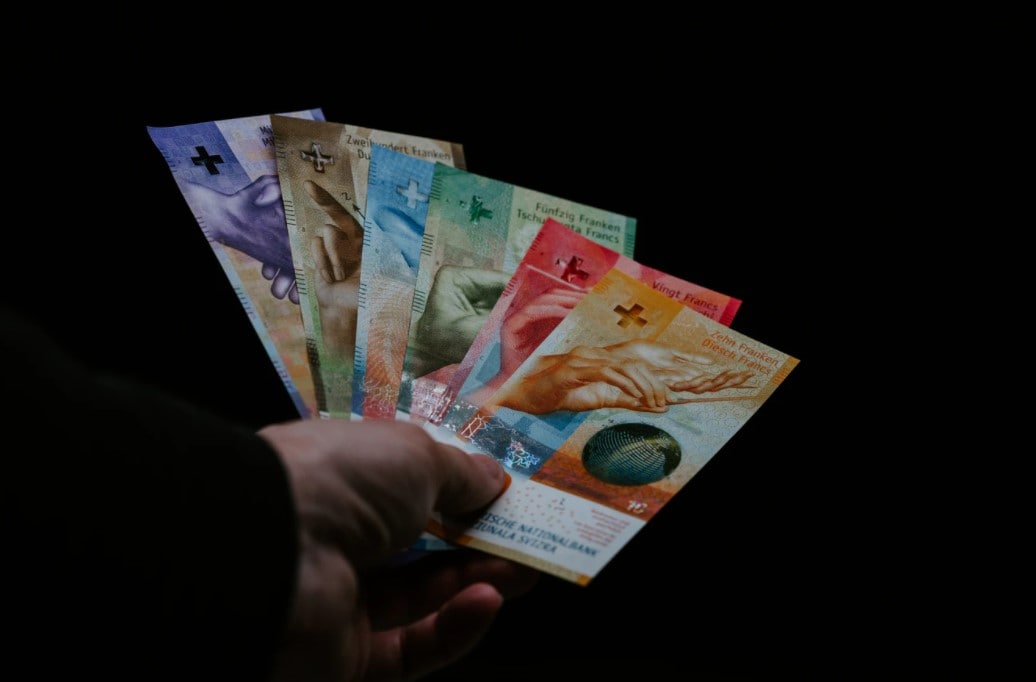 The Swiss are known for their exceptional adherence to a high level of confidentiality regarding banking. Foreigners can keep their money with their valuables in vaults without the need to worry that someone might interfere with them. The identity of the customer is kept a secret, and privacy is held with the utmost care. The country’s financial institutions are well developed, and you can get the best financial advice and investment ideas.

One of Switzerland’s most outstanding features is that they have stringent foreign policy rules and regulations, and they will follow them to the latter. Switzerland does not interfere with the activities of other states. The policy is always designed to ensure that the Swiss are aware of external security and promote peace and prosperity without affecting their relationship with countries across the globe.

Oh, also it’s worth mentioning that Switzerland features one of the purest democratic countries which has one of the lowest corruption levels. If you’re a cannabis lover, then you’ll have fun in Switzerland as cannabis is almost legal in Switzerland thanks to democracy. You can buy products in grocery stores such as Lidl. 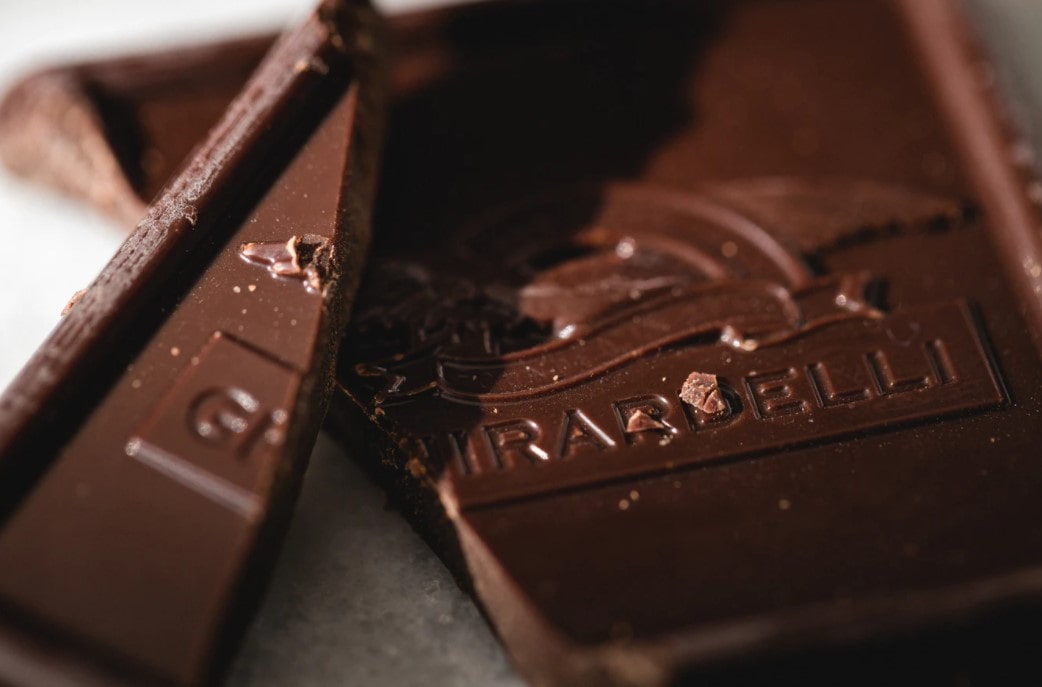 Swiss chocolate remains to be one of the most loved chocolates across the world. The country has perfected the art of making chocolates, and when you sample a bar of chocolate from this country, you are sure that you will only be dealing with the best chocolates.

The rich history of making chocolates dates back to the 17th century, and it is often manufactured from cream and pure milk, which ensures that the taste is unforgettable. There are numerous chocolate companies in Switzerland, and you are sure that you will only get high-quality chocolate here.

Switzerland is not only famous for its watches, but they are also known for their exceptional punctuality. As much as many people may have this stereotyped for the Swiss people, it is quite a character they uphold, and they take pride in it. If you are planning to go for a meeting with a Swiss person, then be at the said venue on time or in time and never late than five minutes. Any person that goes to a meeting late is often considered rude, and people might judge you differently.

In case you’re planning to do business in Switzerland, be sure to learn about business etiquette on time.

Switzerland is a popular location in Europe, and it is quite noted as one of the melting pots of diversity. The ratio of foreigners to locals is high. It shows that the country has embraced diversity and value visitors, making it unique compared to other countries worldwide. Swiss are known to speak over four languages, so you will not be left out as long as you are speaking one of the popular languages across the globe. You can experience this diversity through food, culture, and the festivals held in the country. 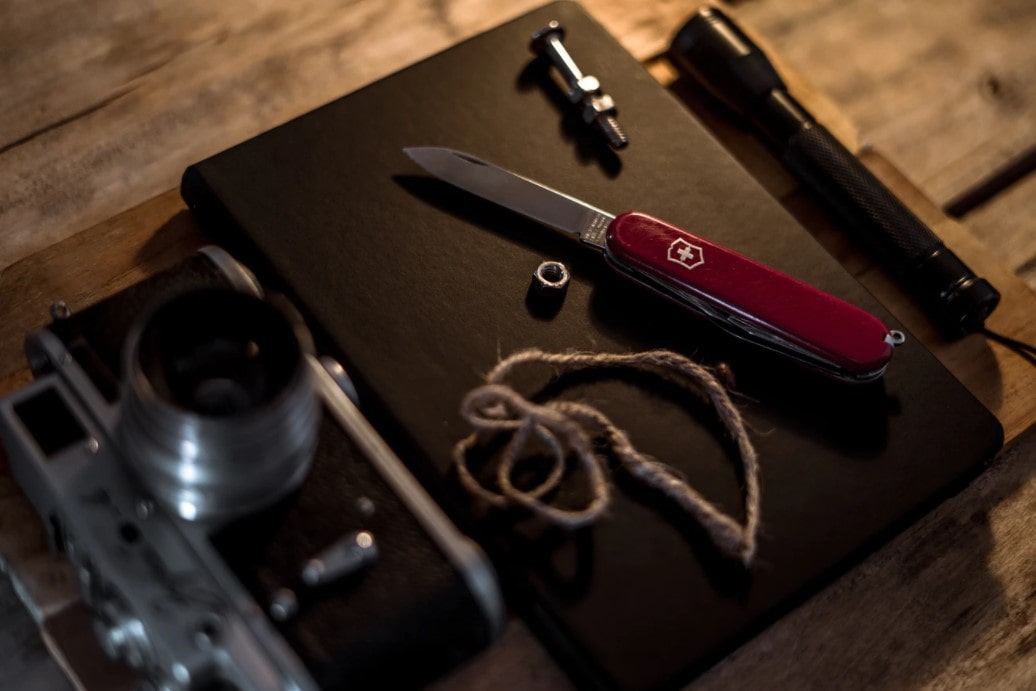 The knives were manufactured in the 20th century, and since then, people worldwide religiously use them because of their multifunctionality.

The name originates from WW2 as the soldiers had these knives as their aid kit. They could use it as a weapon, cutlery, tool, silverware, and much more.

If you are more interested in Swiss knives, you can visit the Swiss Knife valley on the bikes while getting the most exclusive views of the area and learn more: Swiss knife valley bike tour.

If there is a country across the world that is often associated with high-quality watches, it is Switzerland. These watches are characterized by finesse, quality, and luxury. Some of the standard watches that have won different awards include Longines, TAG Heuer, and Hublot. Making the watches is unbeatable, and the watches’ accuracy has made them famous across the world. But have one thing in mind – you’re going to pay for renowned quality.

What was the biggest misconception you’ve had about Switzerland before experiencing the country, its people, and culture? Share your thoughts below.