Food is an essential aspect of everyday life, and we need it to survive. When you travel from one location to another, you will notice that the food experience in this destination is what you will remember most. Many people will choose a travel destination based on their food interests. The national food in the country is a country’s culinary, and to a great extent, it is the identity of the people in this nation. However, not all countries have an official national dish.

The French are known for their culinary skills and exceptional cuisine, and you can embrace the fantastic French foods. The French have developed a long history of food presentation, cooking as well as tasting. Dining areas in France have an elegant look that brings that ambiance and exquisite look to make your dining experience memorable.

Why do French value food so much?

The French spend more time than any other group of people in the world. In France, dining is not just dining. The presentation, the experience, and the tasting of the food should be exceptional. The time that it takes to prepare meals in France is quite intriguing. The appearance of the meals is presented in a flattering and colorful way that is appealing to the eyes. The taste of the meals will make your taste buds feel alive again. The French chefs will prepare and learn more about the meals before presenting them to the customer. The artwork that is put into the different meals is beyond exceptional.

Further reading: Souvenirs from France to get

Exploring the preparation styles and dishes can be a complete trip for you as you will experience something different. The French have perfected their pastries, and some of them are a global phenomenon. The difference in the food served in France is a turn a drip from one way to another. The French have perfected the art of using nearly anything to make their meals as long as it comes out elegant and tasty. The dishes will range from regular or common to exotic and strange cuisine. It is widely known that the French represent quality cuisine, and this is why their food is usually unique and will linger in your memories for years. Here are some of the weird French foods. 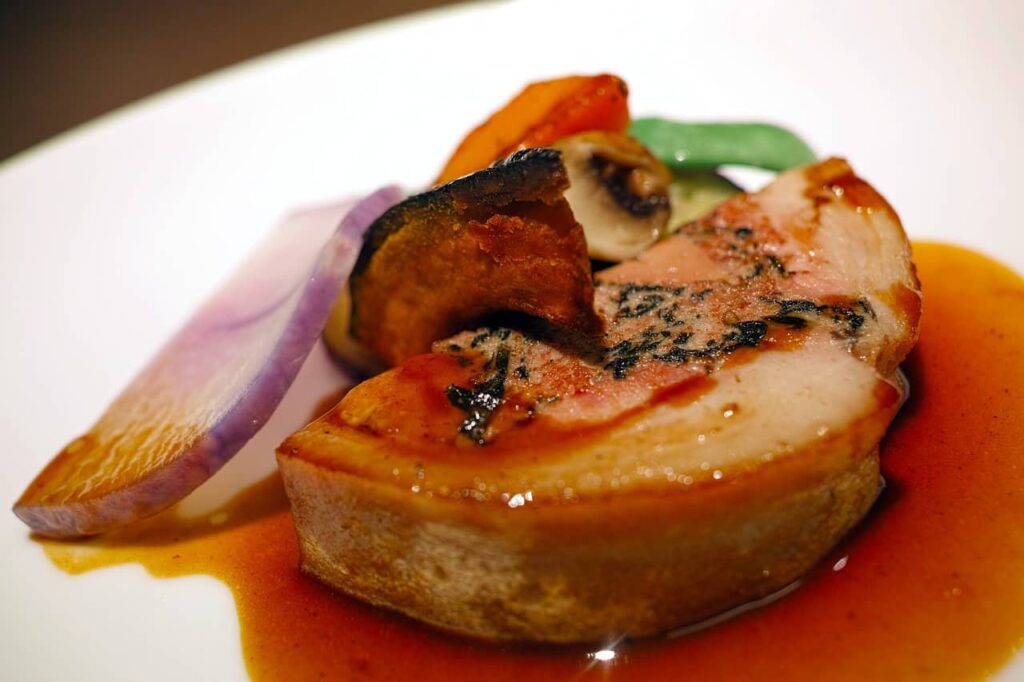 This is a famous French delicacy that many people across the globe will find weird. However, you first need to understand how it is made before you judge it. The geese and ducks are feed with large amounts of grains before exsanguination.

During this period or process commonly called gavage, the birds will engorge their livers as it is an automated response to migrate, and they need it for survival. The livers of these birds often engorge more than ten times the original size, and when this happens, the birds are then slaughtered. The livers are then cooked and served with a buttery pate or toast.

This is one of the meals I find repulsive because of the idea of amphibians and microbes. However, this is not the case in France, the frog legs are quite a delicacy in this part of the world, and you have to embrace the culture if you want to explore the cuisine. However, it is essential to note that there is a distinct difference between frogs and toads.

Further reading: Did you know Paris is famous for this?

The toads often have high levels of microbes, unlike their counterparts. Like the snails, the legs are peeled before they are fried in butter, and add garlic and parsley. After that, you can enjoy your crunchy-tasting frog legs.

This, in my opinion, ranks up high there with the frog legs in terms of weirdness. It is one of the stereotypical meals that are a rubbery treat that many people tend to try. According to renowned chefs, the best snails originate from burgundy, and their preparation is usually complicated.

Before the escargots are cooked, they are prewashed and put in cleansing herbs before they are boiled. The boiled escargots are then cooked in butter with parsley and garlic. This process usually takes around 72 hours hence the high price of the escargots. 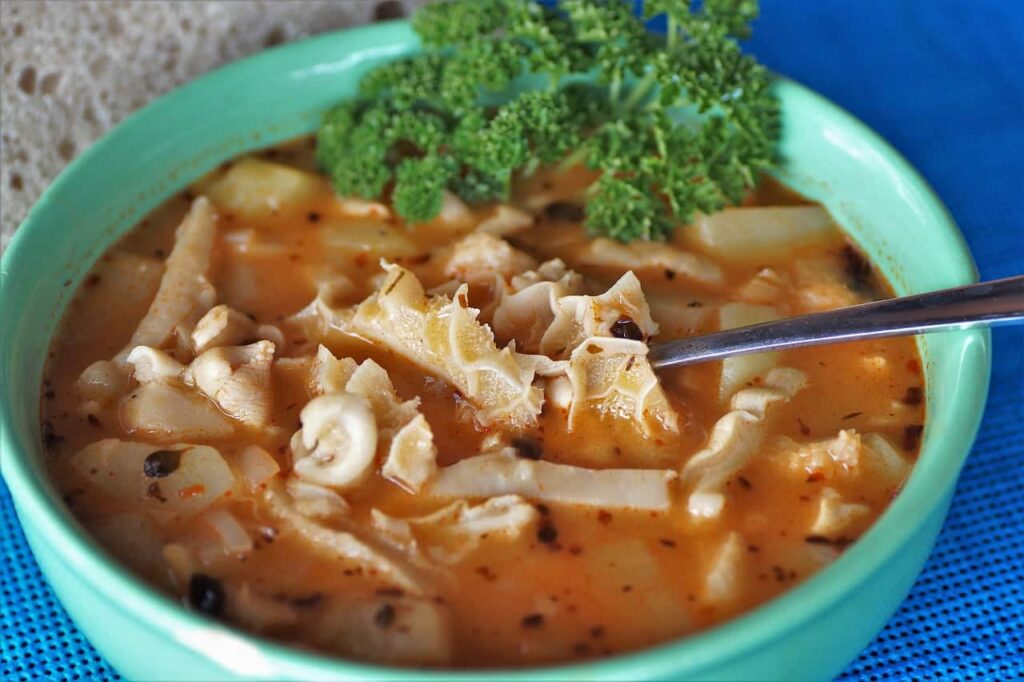 According to nutritionists, tripe has no nutritional value; however, it is a highly rated food in France and is often cooked with many herbs and white wine. Many people may feel that the tripe does not value nutritionally.

However, the high collagen content can add roughages to the diet. There are many places in France where you can get your trip cooked based on your taste and preference.

This is simply sheep testicles leave alone the fancy name. For the French, the cuisine does not just end on everyday items. They feature all items of the mammalian anatomy. In the region of Périgord, they have their recipe for this meal, the bag of, what do we say, balls are peeled and soaked in super cold water for hours.

This process is then followed by the slicing before they are grilled with parsley, local white wine, and lemon. Outrageously, the result is quite impressive as they are tender, sweet and you will find yourself ordering more.

As this may seem weird, it is simply a calf’s head, and it is a favorite for the former French president Jacque Chirac. This meal is often a regional specialty, although, now you will find them in many French restaurants in Paris. The head or brain is flashed out before it is carved and flash dried.

There is a popular recipe that serves it with gribiche sauce, and this is made through the blending of hard-boiled eggs with rapeseed oil and mustard. It is touted to promote healthy bones; skin is a perfect meal for people suffering from arthritis.

When we include cheese in one of the weird French food, it may seem outrageous. However, for cheese lovers, you will understand that this is not your regular cheese. The epoisses cheese is made in a specific location, and it is composed of soft cow milk.

Raw milk, in this case, is used, and they wash the cheese in salt and local brandy. The combination of salt and brandy gives the epoisses cheese a powerful smell. It is soft, delicious, and highly smelly. Not all people can withstand this cheese.

This is the animal tongue served in tiny strips. The French chefs have different cooking foods and accentuating everything to make it edible and taste good.

They cut the animal tongue into little soft pieces, and you will not know that you are eating an animal tongue. For many people, it can be psychologically impossible to consume something that you are tasting with.

As you might have known, the French love their spicy food and healthy tasting. This is a coarse-grained sausage that is often made from chitterlings or intestines, pork, seasonings, onions, wine, and pepper.

The smell from these sausages can be too much for some people, which is not popular with women. It is a typical delicacy in Lyon.

This is the sea urchin, and they are known to live in groups. The sea urchins are classified as echinoderms, and they are similar to starfish. They have no shell. The round-shaped invertebrate has spikes on their bodies, and these are for protection.

Most of the delicacy is thrown away as people eat a tiny part of it. The iodine levels in the sea urchins are very high, and you can feel the flavor as you consume it.

The common name for Gésiers in France is giblets, and it is made from different parts of geese, chickens, ducks, and chicken. The poultry usually has gizzards which is the muscularized part of the stomach. It is imperative to note that many people across the world do not consider this as a delicacy.

However, it is a common phenomenon in France, and they are adequately cleaned before they are boiled or cooked. They can either be cooked alone or be cooked with other chicken components such as the neck, the head, wingtips, and feet. This conglomerate usually appears in salads.

The name may seem fancy, and even the French chefs have these great euphemisms for the weird foods they serve. This is popularly called sweetbread, and in a real sense, is it a calf’s pancreas.

The pancreas is prepared by searing in butter and flour before adding it to chopped mushrooms. You will be giving a glass of burgundy wine to wash it down.

This is a different type of cheese because the color evolution is quite exceptional. You will first begin with light yellow as it moves to beige before finally turning to brown.

The brie noir is known to take over a year and a half to mature and the crumbly texture, as well as its earthy flavor, can be a turn-on or a turn-off to some people.

In conclusion, you can try as many French foods as possible, look and explore the French cuisine and learn more about their dining experience.