The state of Florida is one of the most visited places in the United States of America. The state boasts amazing beaches, a wide array of fauna and flora, fun things to do, friendly and charming people as well as a vibrant nightlife. When looking for a holiday destination then Florida should be on top of your list because you should explore the region in your lifetime. Florida is often considered the sunshine state in America and many people flock to the area to explore the amazing features that it offers. The nature of Florida is blessed with different species, including some dangerous animals, and you will not only enjoy the exquisite beaches but you will also have a chance to see some of the best wildlife in America.

During your tour in the state of Florida, you must know the area that you are visiting or exploring. When you are aware of your location then you reduce the chances of animal attack or experiencing challenges during your visit. Some of the animals that are found in Florida are nearly extinct because of human encroachment and the state is doing all it can to protect these animals. The coastal shores, marshy wetlands, and the dense forests of the southern state of Florida are home to exotic species, fish, animals, and other creatures that are dangerous to human beings. The animals in the state are familiar with the self-defense tools that are often used by people across the state and they will attack you if they feel that you are encroaching on their habitat or you are threatening their young ones. Some of the dangerous animals are massive beasts while others are tiny creatures such as mosquitoes.

The state of Florida is rich in a diversity of animals that can be very dangerous to your life and when visiting you should be aware of your environment. You will see massive animals from bears to wild boars. The Everglades and the landlocked parts of the state are some of the areas that house these dangerous animals. Here are some of the animals that you may find in Florida.

The Florida black bear is one of the creatures that you are likely to encounter in Florida. They are among the group of endangered species hence the government is tracking their movement. They are usually found in woodland and the forests around Florida. These majestic creatures are the largest animals that you will find in the region. They are often killed by cars on the roads when they come out to look for food.

It is important to note that these are very dangerous animals because when they encounter you in their habitat, they will attack you. They have very sharp claws and teeth and they can cause severe damage to you. They are ferocious hence you should not stay and wait for them to attack you always stay at a safe distance. In a situation where you are attacked by the bears, you must see a physician immediately because they often have bacteria and other viruses that can cause diseases to you.

You might have not seen this type of spider before, when you visit Florida, you will find them in the bushes and even in cabins. These spiders are very dangerous because they have a lethal venom that when they inject into your body you will experience difficulties in breathing, vomiting, and lowered heart pressure among other features.

The brown recluse spider has a very sharp sting that it will use to deliver the poison to the victim. Venom is known to dissolve flesh and this can cause other diseases associated with bacteria and viruses. The spiders usually stay in dark areas and around corners hence the need to be careful when choosing a place that you are going to stay in during your vacation.

Sharks are some of the species that are known to attack human beings on beaches and coasts. If you are visiting Florida and you want to go for a swim in the ocean, then you must choose a place that does not have spiders. Surfers are the most common victims of shark attacks. The sharks have razor-sharp teeth and when they bite, they will cut through your limbs and flesh. There are many cases reported annually in Florida of sharks attacking people.

It is therefore critical that you take your time to know the place that you are visiting and what you expect. Some of the common sharks in Florida waters include hammerhead sharks, nurse sharks, lemon sharks, and white dull sharks. Although some of these species are hard to find they are still very lethal. In case you are attacked by a shark visit a clinic immediately.

The southern black widow is a species of spider that has a very weird ritual hence the name widow. The female spider will mate with the male and thereafter eat it hence the widow in the name. These spiders are known to have a very high level of toxin that when they inject into the victim causes paralysis, difficulties breathing, and cell lysis among other problems.

The spider is characterized by the hourglass shape and red spots that are on the body. The male species do not have the red hourglass shape but may have red spots. These spiders usually thrive in rock piles, woodlands, garages, and basements among other hidden places. In case you are bitten or stung by a spider then you should visit a doctor immediately. You can avoid them by wearing gloves when walking or moving in areas where they are living.

There are over fifty snake species that are found in Florida and out of these species about six are venomous snakes and they can cause death when they bite you. The dangerous snakes that you can find in Florida include moccasins, southern copperheads, eastern coral snakes, timber rattlesnakes, and eastern diamondbacks. These snakes usually thrive in woodland areas where there is huge vegetation. When you are exploring the region, you must avoid areas that may have these snakes.

These venomous snakes usually have fangs that when they bite, inject the victim with the venom. Snake venom is dangerous because it causes the heart and the muscles to stop working. When this happens, it may cause death and other fatalities. Some pythons are kept by people in Florida and during storms and hurricanes, they may get loose and find you in nature. Florida registers many cases of snake bites and when you are visiting the state you must take precautions. Always understand the nature of the snakes and avoid their habitat.

The wild boars are in the family of the regular domestic pigs and they were brought to the state by the Spanish people who visited the area in the 16th century. These animals are very intelligent they can weigh around 300 pounds and they tend to be very aggressive. When you encounter feral hogs, you must stay at a safe distance because it may cause serious injuries. Since the state has been managing the wild boar’s population, these creatures feel that they are being cornered and hence very aggressive.

The wild boars are omnivores and can consume virtually anything and when visiting the area, you should stay far from the boars. These creatures also carry a wide array of diseases from bacteria such as anthrax, and tuberculosis among others. When attacked by wild boars you must seek immediate medical attention to give you the right antibiotics. 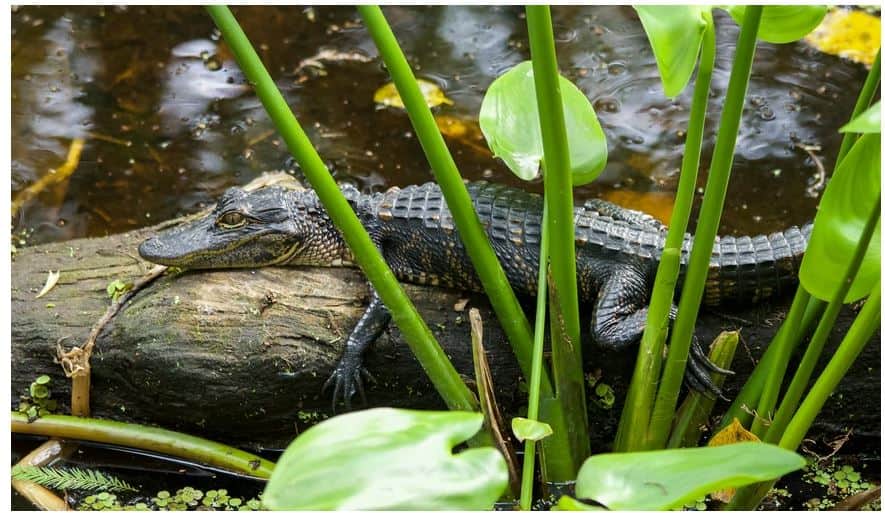 Florida is not left behind when it comes to the number of alligators that are living in the state. The alligators are reptiles that are characterized by strong and huge teeth as well as muscular bodies. They are very good swimmers and as much as they may swim away when approached they may be very volatile at times. When you find a mother alligator with young ones or a hungry one, they are likely to attack you.

These gators should not be confused with crocodiles because they might look the same but they are different species. Crocodiles are found in the southernmost part of Florida while alligators are found all over the state. You must take your time to know the place that you are visiting. when you are attacked by an alligator you should visit a hospital immediately.

Generally, some fishes are not harmful to human beings in Florida. However, species such as marlin and barracuda are known to be dangerous because they attack swimmers. The attacks are usually rare but you must check the water before you go swimming. The barracuda and the marlin usually confuse the swimmer’s shiny things and may attack you without knowing.

Since some of the fish grow up to more than a foot in the ocean and are very agile, they can make deep cuts on your flesh and this will cause bleeding and loss of consciousness. Despite many people assuming that fishes do not attack people the species have proven people otherwise and when visiting Florida, you should swim in areas that are not infested with the marlins and barracuda. 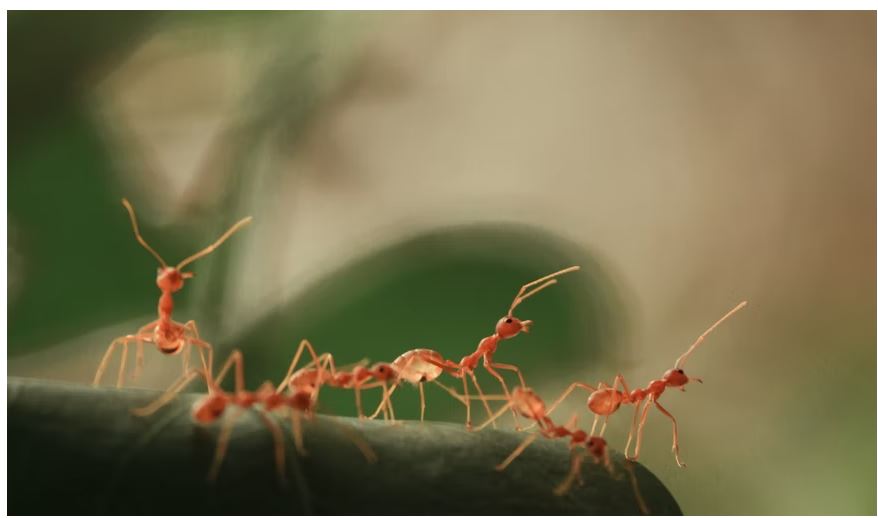 Fire ants are some of the dangerous animals that you will find in Florida because they have very dangerous venom that they usually inject into the victim once they sting. The fire ants sting you the area is swollen and it creates a lump that is infected with bacteria. When you scrub the area, the wound becomes bigger and infected and it is something that you should be careful of when visiting Florida. You must always have your guard on.

For many people the reaction to allergens such as the venom that is injected by the spider is dangerous because it may cause lowered blood pressure, increase. Fire ants usually thrive in woodland areas and moist places. You must check out the area that you are visiting for these ants. The fire ants usually exhibit symptoms after the second day and you should take heed when visiting these areas. If you are stung by these ants, you should visit a clinic immediately for medication to prevent bacterial infection. 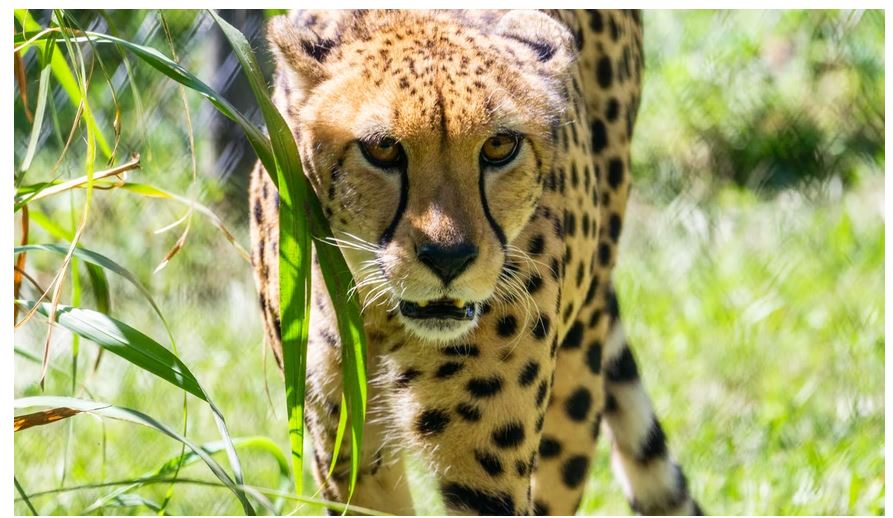 The Florida panthers are subspecies of the cougar that is the animal for the state of Florida. These are natural predators and they thrive in the abundant swamplands in Florida. It is one of the endangered species hence the state is protecting them. The animals usually feel encroached and they will tend to attack because they do not want people in their habitat.

The Florida panthers are highly territorial animals and they usually attack whenever someone encroaches on their area. They thrive in the thick forests and you can see them when visiting Florida. They usually consume deer and raccoons. They have been no cases of panther attacks in Florida; however, it is always better to stay safe.

Many species of jellyfish are found in Florida and when visiting the location, you need to know that they have stings that can be very venomous to humans. The sting from the jellyfish will cause severe pain in the area affected with symptoms such as blurred vision, loss of muscle control, and difficulty breathing among others. The pain is intense and in some severe cases where the person is highly allergic, it may lead to death.

A common species that are dangerous to swimmers is the box jellyfish. this jellyfish has venom in the system and will use the harpoon method to deliver the venom. The venom causes paralysis of the nervous and cardiac systems. Regardless of the size of the jellyfish, you should avoid their areas.

In conclusion, Florida is rich in diversity of fauna and flora and you should visit the state one of these days and enjoy the parties and the natural habitat as well.

9 Fresno Hiking Trails You Should Explore
Dangerous Animals In Illinois