Madagascar or what is officially known as the Republic of Madagascar is an island country that is located on the Indian Ocean off the coast of Mozambique. The country is the second-largest in terms of area and this is essential because it boosts its fauna and flora and it is an ideal location that you should visit on your next trip. The country is made up of the main island and other peripheral islands, which join to form a big country. It is imperative to note that it is one of the most ideal destinations that you should visit. The island is thought to have split from the Indian subcontinent about a hundred million years ago and the native plants and animals on this island evolved differently making them unique to this environment. It is important to note that 90% of the wildlife in Madagascar is from Madagascar.

There is so much that you can learn when you visit this island country because the fauna and flora in this country are amazing. Since the majority of the animals and wildlife are endemic then you will find that there are very few dangerous animals on the island. However, you should not assume that now that a majority of the animals are endemic you loosen your guard. You should always try to explore the different areas of the country with precaution because you never know what you might encounter. Here are some of the top animals that you should avoid on your next visit to Madagascar.

The Indian coast is rich in venomous serpents and you should check out if you want to check out these creatures when outdoors on the island. The most common serpents include yellow-bellied sea snakes and hook-nosed sea snakes. They might seem non-aggressive but you must avoid them because they might cause severe pain when they attack you and hence the need to be careful. The sea snakes are very venomous and when they bite their venom causes paralysis, organ failure, difficulty breathing, and swelling. The sea snakes are common in different parts of the planet because they are often carried from one region to another by ocean currents. you should have your guide show you the safe areas that you can explore if you do not know them. 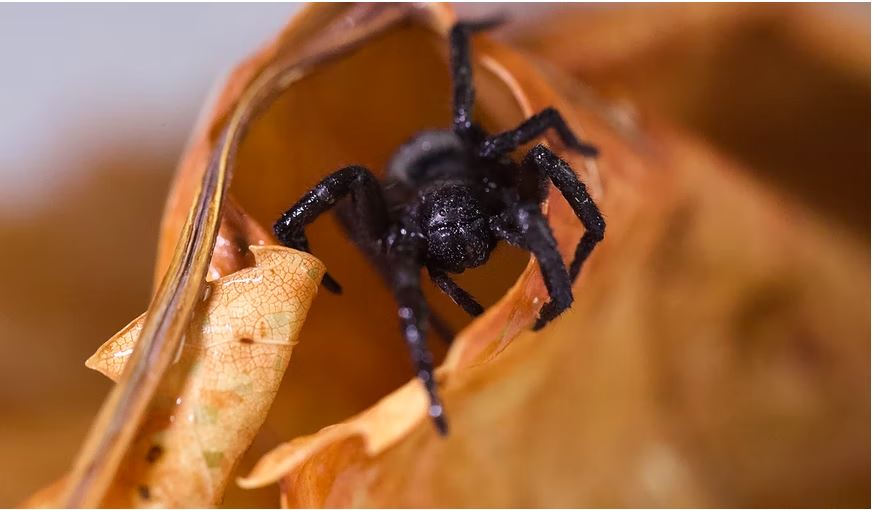 The Malagasy black widow spider is another creature that you should avoid because it is known to create very dangerous bites and severe injuries. The venom that is expunged by the spider is known to cause paralysis of the affected area and the limbs as well hence the need to avoid it as much as you can. The toxin is usually neurotoxin and it leads to vomiting, chills, shivers, and nausea. If the venom sting or bite is not attended to immediately then there is a high chance that it can be fatal. You must always stay safe and check all your surroundings for any changes or the thriving of these creatures.

The black widow spider is a very dangerous creature and you should avoid it when exploring the country in a situation where this spider stings you then you should seek immediate medical attention. When you seek help from the clinic then you must indicate that you were bitten or stung by the spider that way the antivenom will be administered immediately.

Fossa is one of the creatures that you will only find in Madagascar. The carnivorous predator is as big as a medium-sized dog and it is characterized by an athletic body, retractable claws, long tail, and razor-sharp teeth. The fossa is native to the forests of Madagascar. If you are an outdoor enthusiast, then you should take time to review your status because some of these places require proper guidance to avoid an altercation with different animals and creatures. They grow up to six feet tall and they spend most of their time in trees and ground.

It is imperative to understand that the fossa can attack anything that comes it’s way hence the need to avoid the creature at all causes. They are often known to walk at night and evening or when it is dark. In a situation where the creature attacks you then you should seek immediate medical attention. 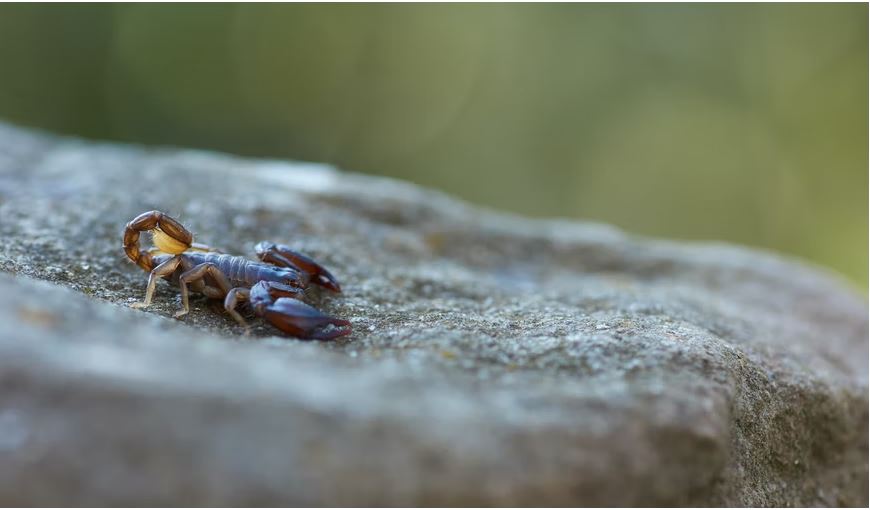 There are over sixty species of scorpions in Madagascar and you must take care when exploring the country because these creatures are very dangerous. The scorpions are prevalent in arid and semi-arid regions of the country and this is mostly the southwestern and southern part of the island. They are usually common in the morning and evening and hence you should wear proper hiking boots when exploring the area. This way you avoid the chances of it stinging you.

The native scorpions of the island have been around and they are known to have venom that can paralyze an adult person. If you are looking for a place where you can relax and unwind then you must check out the area for scorpions. The sting is usually painful and the venom when injected into the body will cause severe swelling of the organs and in some cases, it may cause paralysis. It is integral to note that you should avoid a situation where they attack you in large numbers because when this happens it can lead to paralysis and organ failure.

The Malagasy fruit bat is one of the endangered bats and it is known to thrive in the drier parts of the island in the western region. This bat grows up to 20 centimeters long and can weigh 300 grams as an adult. They usually consume eucalyptus sap and these are dangerous creatures because the tribes in the region have been hunting them for meat for years and ever since they have become very aggressive and they can attack you when not expected.

Although they cannot have a very dangerous venom or attack they carry a huge array of viruses and bacteria. So, whenever they scratch you the viruses and bacteria are deposited into your body and when this happens it is likely to cause infections and very dangerous diseases. Animal to human viral diseases have been very lethal in the past such as Ebola, SARS, and recently Coronavirus.

Pelican spider is another spider that is something you might think does not exist. However, it does and it is thriving on the island. They are mostly called assassin spiders and they derive their name from the venom that they can inject into the victim to cause paralysis and in some cases death. When you see these spiders then you should run away and stay in a safe place as much as you can. They have double bent necks which are elongated and this looks like a pelican beak.

The spider is a cannibal and they often consume other members of the species. They are very dangerous to humans because the poison that they emit is very lethal and at high doses, it might cause paralysis and even organ failure. 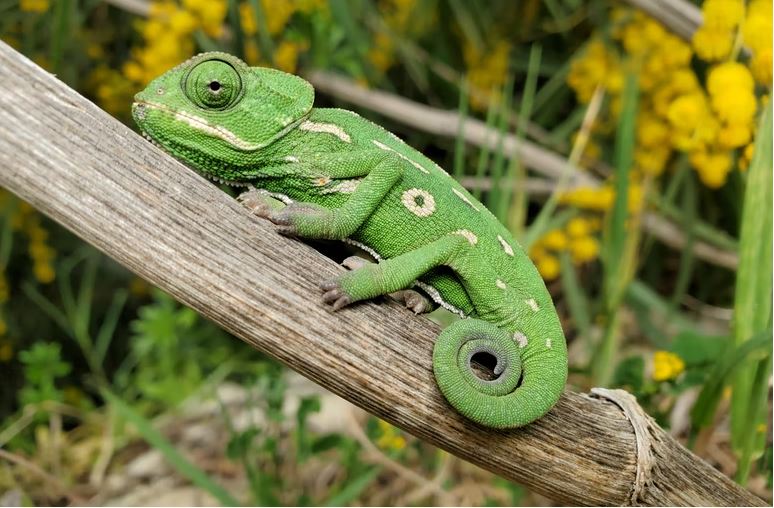 The Malagasy chameleon is one of the most dangerous creatures because they thrive in the arid and semi-arid climate of the country. When they are there in the natural environment they can tend to be very lethal and can attack with immediate effect. The chameleon has a very dangerous poison that when it passes to humans it can cause harm by causing skin paralysis and even cell lysis. You should look for places that you should avoid places where these chameleons are thriving.

Satanic Leaf Tailed Gecko is as dangerous as the name suggests because it is one of the most dangerous creatures that you should avoid at all costs. The gecko is known to bite humans when it is handled or provoked and the bites usually result in severe swelling and infections. You must stay away from these creatures as much as possible because you want to enjoy your holiday experience.

These bizarre lizards are known to blend in everywhere they are staying and the tail looks like a leaf hence the name. the curious grin, spikey head, red-colored eyes, and body that camouflages to every environment gave it the name satanic gecko. They are animals that you are less likely to encounter while exploring the island. However, if the gecko attacks you then you should seek immediate medical attention.

The Nile crocodiles are some of the most dangerous creatures that you can find in the region. These are very large African mammals that are very dangerous and you should never find yourself in the area that they inhabit because they are ferocious. These crocodiles are known to inhabit the east African rift valley through Kenya and out in the west to the Atlantic coast. Most of these creatures are predators in nature and they can be very dangerous especially when they are hungry. The current crocodiles found in Madagascar are called Malagasy crocodiles and these are known to thrive on shorelines and wetlands and the coasts in mangrove forests.

The Nile crocodiles have a biting force of over five thousand pounds hence with this strength and sharp teeth you are sure that if the creature attacks you will be defaced and crashed. You must avoid areas where the crocodiles thrive and always try to stay safe. Human attacks have been rare, but you must stay safe to avoid any unprecedented attack that may occur. However, if these crocodiles attack you then it is critical that you seek immediate medical attention.

The hissing cockroach is an endemic insect that is very creepy. They have very furry legs and huge antennae and they can move from one direction to another with ease. You must stay away from these creatures because they carry bacteria and all sorts of germs that can cause infections and diseases. These cockroaches do not pose a great threat to humans, however, bacteria and viruses are the main contributors to disease hence the need to avoid them. 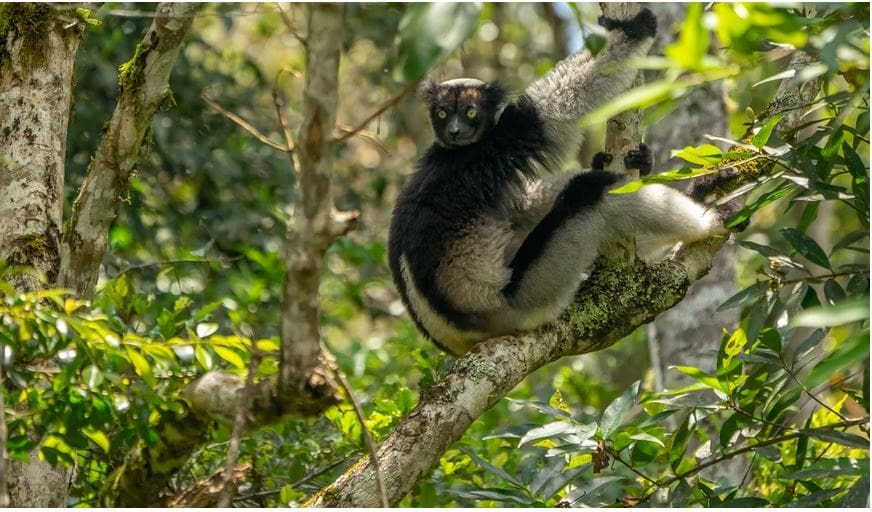 The indris are some of the creatures that are similar to humans and it is important that you stay away from them. They have an upright posture and they have round beady eyes with defined mouths. These creatures are often grouped as part of the lemur family and they can grow up to four feet tall.

These creatures often thrive in treetops and they often screech or cry in the jungles and their sound can be heard hundreds of kilometers away. They have a very sharp noise that is similar to that of a siren and you can be shocked if it does this before you. They are very aggressive to humans and hence the need to avoid them when you are exploring Madagascar. Whenever they feel threatened they are likely to attack. You must stay away from these creatures as much as you can.

In conclusion, Madagascar is the perfect destination that you should visit in Africa. The island is rich in fauna and flora. The people of the island are friendly and charming as well and they will guide you when moving from one place to another. The country is dynamic and you get to feel the ancient climatic conditions coupled with the modernity of the capital city and sunshine on the best beaches around the island.