The Dominican Republic is one of the most visited Caribbean countries. This island is ideal for your summer and winter activities because it is warm throughout the year. The Dominican Republic is a perfect island destination that you should visit. The island is one of the most visited nations because of its diversity, the natural serene environment, unspoiled white sandy beaches, and tranquil natural forests. Thanks to its diversity, there are many animals you can see while traveling here, and some of them can be seen as dangerous animals in Dominican Republic.

It shares the Hispaniola island with Haiti and it is the second-largest nation in the Antilles. A majority of the people in this country are in the capital Santo Domingo and this is the capital city. If you are visiting for your first time, then you will realize that the most spoken language is Spanish and English.

This island is rich because the Tainos people are the first ones who first inhabited the area. Over the years the Dominican Republic has grown to be a popular tourist destination. With the Spanish, English, and French influence you are sure that when you visit the Dominican Republic you are going to have a time of your life. The beaches are excellent and there are other places that you can enjoy visiting in the nation as well. According to the local culture, they often believe that there are no poisonous creatures on the island. However, this is not true because there are dangerous animals that you should avoid when visiting the region. When visiting the Dominican Republic, you should have adequate knowledge that is going to guide you on how to check the different parts of the island.

Why visit the Dominican Republic? 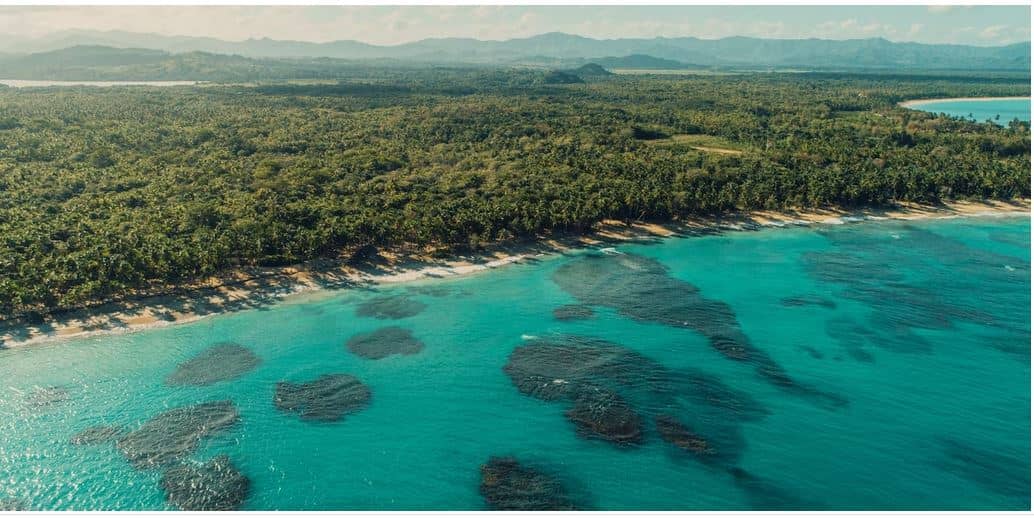 Dangerous animals you can see in Dominican Republic 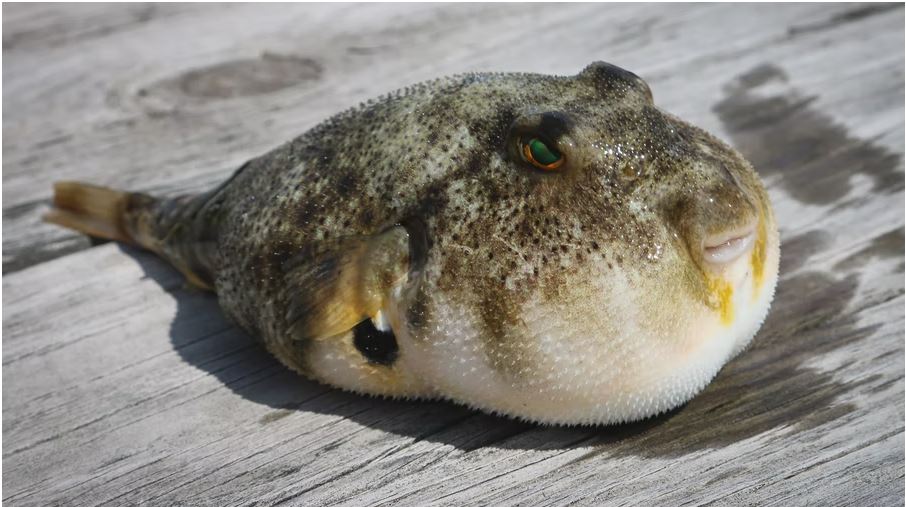 The putter fish or blowfish is a fish species that is known to inflate when it feels that you are encroaching or threatening it. it is most common in the subtropical and the tropical waters of the world. it has one of the highly potent toxins that affect the central nervous system and it is a single blowfish that can kill thirty people in one sting. It is imperative that you avoid areas that are inhabited by these fishes.

The Pempén Maco or what is popularly known as the cane toad is a creature that is thriving in the Dominican Republic and it was introduced to this location from central America. They have glands behind their eyes and these usually secrete a very dangerous toxin that when it comes into contact with your skin is going to cause organ failure and necrosis. These are lethal creatures that you should avoid. Some of the side effects of the toxin include cell death, difficulty breathing, and a myriad of other side effects. 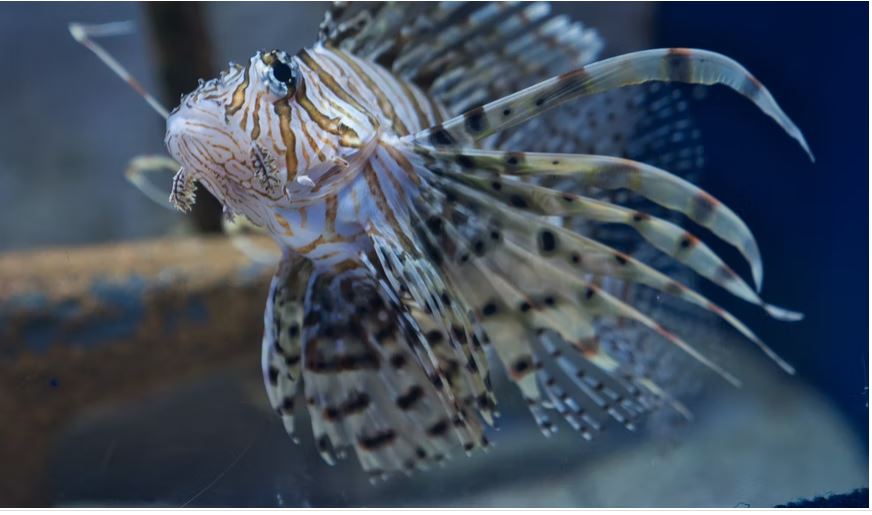 This is one of the creatures that people often find colorful and amazing, however, they can be very dangerous if you are not careful. This type of fish is also considered as a dangerous animal in Jamaica. You should avoid the areas where these creatures are thriving because they can cause severe harm. They are often nocturnal and they are not aggressive, however, if you go poking at them or interfering with their habitat then they are likely to attack you.

Some of the side effects that can result from the sting from the lionfish include fever, heart failure, respiratory failure, excruciating pain, and death if the venom injected is of a higher dosage or if the victim is highly allergic. If the lionfish attacks you, then you should seek immediate medical attention. 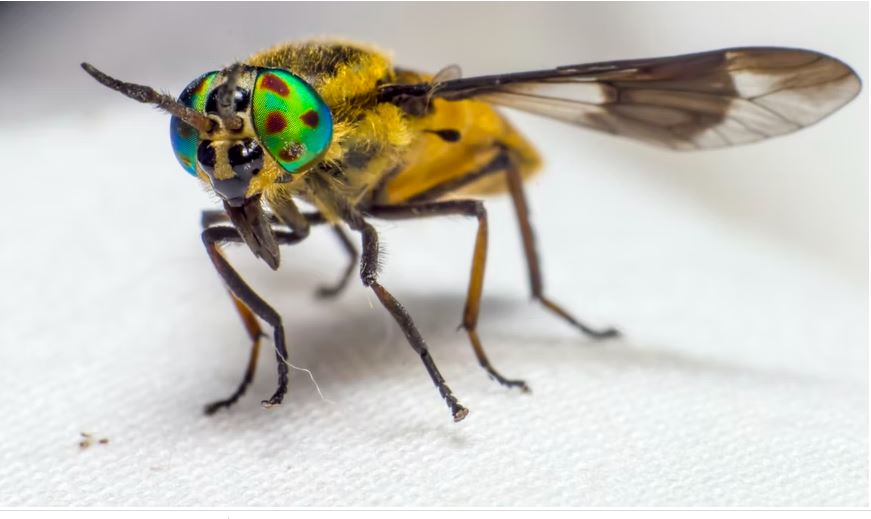 Horse wasp can be found in many countries. You can even see this animal in Iceland. This might seem to be a little thing. However, the pain that you are going to experience when it stings you is something different. According to the pain index from 1 to 4 with 1 being the lowest pain, the horse wasp delivers a whole 4. It is important that you avoid areas where these creatures thrive because with this you will also avoid chances of them stinging you.

They are usually defensive and when they see that you are interfering with their habitat then they will attack you. These wasps can sting continuously unlike other regular wasps or bees. The common side effects include swelling, difficulty breathing, loss of consciousness, and feeling of tiredness. Their venom can cause fatalities, especially to people who are highly allergic to different substances.

This is one of the most iconic creatures that you are going to find on the island. It is critical that you avoid some of the areas where these creatures thrive because they can attack you. The venomous platypus has venomous spurs and toxic saliva. The Solenodon on the other hand can inject a very dangerous poison and cause a severe shock attack to the victim. They have hollow teeth that are similar to those in snakes.

When they feel threatened or you are in their habitat they will stick out the hollow component before dishing out the venom and causing severe injuries. The venom might not cause death but it is very painful that you will never enjoy your time on the island. If you are stung by the Solenodon then you should avoid the areas that these creatures inhabit.

The giant tarantula is one of the iconic creatures that you are going to find in the Caribbean and the Dominican Republic as well. These creatures are very dangerous because they have very poisonous fangs and they usually use them for hunting. Whenever they feel threatened or you are invading their habitat then they are likely to attack. Once they feel that they are under attack they will attack and inject venom to your body and this venom is dangerous because it causes cells to break down and paralysis of tissues. Although they are docile they are very dangerous creatures and you should avoid them during your trip to the island.

This is the brown recluse spider and it is one of the most dangerous spiders that you will find on the island. They are often distributed on the island and they have venom that is cytotoxic which means that it can destroy cells. When the toxin destroys the cells this will lead to organ failure and it is bound to cause death. According to data the venom from the brown recluse spider is fifteen times more potent than that of the cobra hence it can kill.

The higher penetration capacity of the venom means that the spider can cause death when it stings the victims. It is imperative that you should look at the places that you are staying or exploring on the island because these spiders are very dangerous. They usually like to hide in dark places hence it is always good to confirm with your hotel that the area has been swept clean. Always shake your shoes before wearing them.

There is a wide array of scorpions that you are going to find on the island and essentially you should avoid interacting with them because they can be very dangerous. As you may know, scorpion is also the famous dangerous animals in Dubai and some other countries in Africa. These scorpions usually thrive under logs, stones, and litter as well as hidden areas of the house. They usually have a fang or a tail end which they use to attack the prey or the victim when they feel that they are being attacked. If scorpions attack you, then it is integral that you seek immediate medical advice.

The thorn stripe is a stingray fish that is thriving in the subtropical waters of the Caribbean and the Atlantic Ocean. They are usually buried in the sand or low water and they have their spine or stinger in their tail which would then attack you unknowingly. They are usually motionless and you might confuse that they are not active. However, they are very dangerous creatures and they can use the sting for self-defense.

When they sting the wound is usually deep and you will experience burning sensations as well as swelling of the affected area. The sting usually causes extreme pain and the poison can have its effects lasting for more than six hours hence the need to check your surroundings before relaxing in different areas. If this creature attacks you, then you should seek immediate medical attention.

This is another spider that is very dangerous and you should avoid it while exploring the island. These spiders have glands that usually produce a toxin that is highly potent and dangerous. It is a dangerous venom because it causes organ failure. some of the symptoms of a black widow spider attack include respiratory difficulty, muscle cramps, elevated blood pressure, headache, vomiting, nausea, seizures, and death.

It is imperative that you stay away from areas that these black widow spiders inhabit because you want to avoid the dangers that come with them. They thrive in different environments from the grassland, under rocks, trees, and in dark corners of the house. If the spider stings you, then you should seek immediate medical attention.

The centipede is a chilopod that is found in most parts of the country and there are over three thousand species of the centipedes worldwide. These are carnivorous creatures and are known to sting very badly. They usually have pincer fangs which can reach up to 25 centimeters long. When the centipedes sting they usually cause redness, swelling, and severe allergies on the victim. It is imperative that you should avoid this creature at all costs. They are found in the desert part of the country and they often thrive in tree stumps, logs, under rocks, and in dark places. If you are exploring some parts of the island that has dark vegetation, then it is likely to cause pain to you because it will attack you.

One of the most dangerous animals that you should fear when exploring the Dominican Republic is the jellyfish. These creatures often thrive in the waters of the Caribbean and the Atlantic Ocean. Therefore, you will see this beautiful but also dangerous creature in Cuba or Puerto Rico. They are also very famous animal in Hawaii. They are Cassiopeia is often called inverted jellyfish because of their features. They are usually thriving in mangroves and shallow waters. Since they are creatures that usually hide, you will only feel a very sharp pain like you have been pierced with a hot knife that is what the sting from the jellyfish feels like.

This is an endemic creature that you will only find on the island they usually grow up to 2 meters long and they have similar features to the cobra. It is important that these snakes are usually scared of people. However, when they feel cornered then they are bound to attack. They have fangs that can be used to inject venom to an unsuspecting victim. They are usually at the back of the jaw and they are secondary hence not used more often. When they attack you they will inject the venom into your system and this venom is dangerous because it can cause secondary infections. Although they are rarely seen, you should be careful when traversing the island.

In conclusion, the Dominican Republic promises to deliver the Caribbean vibe that you are looking for in a destination. You can enjoy a wide array of activities and things to see, however, it is always critical that you put your safety first.

Dangerous Animals in The Dominican Republic