Furka Pass in Switzerland is maybe the most known mountain pass in the whole Swiss Alps country. You wonder why? Because James Bond was here!

It is a pretty dangerous place to have a car chase and shooting action, but he made it safe. So let’s find out how to get there!

It is as well one of the highest mountain passes in Switzerland sitting at 2429 meters altitude which gives you a thrilling alpine drive which you are going to love. It is one of the most popular places in Switzerland and you should really take time to visit it.

Where is Furka Pass?

It is actually in one of my favourite parts in Switzerland, because it’s very close to Andermatt (lovely Swiss town), is situated in Uri canton, close to Obergoms and very close to three more amazing mountain passes: Grimsel Pass, Gotthard Pass and Oberalp Pass. If you want to have an ultimate mountain passes trip in the Swiss Alps, this is a place to go.

If we are talking about bigger cities/train stations next to Furka Pass, so that would be my before mentioned Andermatt. There are no trains going up there, so you will have to use the bus.

The buses are leaving from Andermatt train/bus station and it would take you around 40 minutes to get up there. Be aware that buses do not go that often to the top (even though it’s a very popular destination), so you must plan ahead and consider carefully how will you get down from there (I highly suggest hiking if you have time).

Check all the timetables here: Swiss public transport connections. In the first window put Andermatt (or other place you are in now) and in the second one: Furka Passhöhe.

The most easy and comfortable to reach it is by car. The road is an iconic Swiss serpentine. It turns and turns, it goes up and up. Quite many turns, but it is very fun. Don’t go too fast, as there will be many cars coming down as well, so don’t take all the turn space. Driving the Furka pass is a pleasure.

Some distances from bigger cities:

The closer you get to your final destination, the more majestic are the mountains, so the all way up to Furka Pass is very picturesque.

Do not be surprised once you are going up the Furka Pass to see many old style cars as it is a pretty popular activity in Switzerland. Jump in into old Mercedes, Aston Martin, Alfa Romeo or other Auto brand and go up to the Swiss Alps. it looks pretty sweet!

As well, going up in the mountain passes on the motorcycles is massively popular in Switzerland. You are going to see group after group of cyclists. Mostly they are very careful, so don’t worry about them, they shouldn’t cause any driving problems.

One fact – Furka pass elevation is 2429 m. Pretty high I would say. Don’t you think?

If the pass is open, it’s usually very safe there: the road is very clean (sometimes the melted ice or snow goes on the road, but no worries), mostly dry, no snow or ice on it. It may happen that it will start to snow once you are there, so be careful if that happens.

Now, one thing which can always run a mountain pass experience is FOG. I personally have no problem with rain or snow, but fog can kill all the good vibes. Once it’s foggy, you probably won’t see anything. It can even be pretty dangerous or very unnerving to drive. Once I couldn’t even see the car in front or see parking spots which were like 3 meters in front, so if you go down (especially down), fog is a very unpleasant weather condition.

Always check weather conditions on Google before you go there and be safe. If it’s foggy or heavily raining all day, better plan the visit for another day.

One very good you can do before visiting Furka Pass – is to take a look at webcams of Furka Pass. There are webcams placed in different parts of Furka Pass – so you will get a pretty good picture of what is happening there at particular time.

You can find the webcams of Furka Pass right here: Furka Pass webcam.

If you don’t want to take a bus or go there by car, you can always us your legs. Now, as a starting point you can choose Andermatt or Gletsch.

Gletsch is situated in a pretty cool place: it is in the middle of the road between Grimsel Pass and Furka Pass. So, starting from there, you can actually reach both of these passes, which is amazing.

Now, let’s talk numbers: Furka Pass, as told before, is at 2429 m altitude, Gletsch is at 1757, so you have to go up less than 700m in altitude, which is really not that hard. It can be pretty steep in some places, but very manageable.

Andermatt is sitting lower, at 1447 m altitude, so you almost have to gain 1000 m elevation. But if you are in Andermatt and want to hike to Furka Pass, I highly recommend taking a train to Realp (it’s just 15min train ride, would cost around 3 CHF) and start from there. Realp is a bit higher than 1500 m and the whole hike from Realp to Furka Pass would take around 3-4 hours depending on your physical abilities and weather conditions.

The whole hike (from both destinations (Gletsch and Realp)) is always facing back massive mountain valleys so the views are stunning. You are going to love it.

I think that Hotel Belvedere is the most iconic place on Furka Pass. It looks amazing as it is the most famous Furka Pass hotel. The hotel was built back in 1892 and now stays closed, but still, I would say that it is one of the most beautiful locations for a hotel in whole Swiss Alps. I am pretty sure that even more pictures are taken of this hotel, rather than the whole Furka Pass, just have a look, it’s really really nice. The hotel is sitting at 2300 m altitude.

If you ever come here, there’s a parking lot just next to it, so you can stop and take as many pictures as you want, as well, the parking lot faces the valley which you just crossed (if you came from Gletsch direction).

In the parking lot there is a small restaurant (rather food take away), a very cozy souvenirs shop and an entry to a glacier. Yes, to a real glacier.

As sad as it is, global warming is taking a toll on this glacier, but it’s still there and hopefully will be for a long time.

Once you cross the souvenir shop, you can by a ticket in the end of it (now price is 9 CHF), always check the current price here: Eisgrotte price, and just get into the visiting site (there is a path inside the ice). Take pictures of a glacier and share it! #savetheglaciers 🙂 The glacier is Rhone Glacier and just have a look at Wikipedia’s images of how it looked 100 years ago and how it looks now: Rhone Glacier. I don’t know about real numbers, but it lost like a looot of it’s size. It looked amazing in 1900s and it was all the way down to Gletsch, now it is just on the top, next to the Belvedere Hotel.

In the place where Belvedere Hotel is, it’s not the highest point of this mountain pass, you must go further and actually on the top of Furka Pass you are facing the Andermatt direction valley and in the bottom you can see the Reuss river going down. The top of it is not that popular like Belvedere Hotel, but the views are still pretty stunning. Stop there, take your time, relax, breath in the Swiss Alps weather.

If you want the ultimate Furka Pass experience, you can take an actual steam train in this mountain pass. It looks like from the old movies! It is too cute.

It works mostly just in summer (as the train track must be completely clean) and the season is open from Mid June till mid September.

I have never tried it myself, but I always saw those tracks running in the Furka Pass and I always wondered who can go up there, and the answer is: A steam train 🙂 Isn’t that amazing? To check all the opening times and prices, please go here: Furka Pass steam train experience.

Despite the amazing views to majestic valleys and mountains, one more thing made this mountain pass extremely popular and that is 007. James Bond movie called Goldfinger which was made back in 1964 had a car chase/shooting action scenes situated in the mountain pass. It is actually amazing to see it and how much it has changed (especially the road and buildings around it). This scene was so popular that it made the pass the number one mountain pass in Switzerland and it’s really worth visiting it. Have a look at this James Bond video below:

You will for sure not going to regret visiting this mountain pass.

I really recommend going there by car, so you can enjoy as long as you want, hike around, visit the glacier, take pictures of Hotel Belvedere and just enjoy the mountains. Appreciate it. Appreciate the nature around it.

If you have any questions about the topic, let me know, I will do my best to help you.

Pin it for later 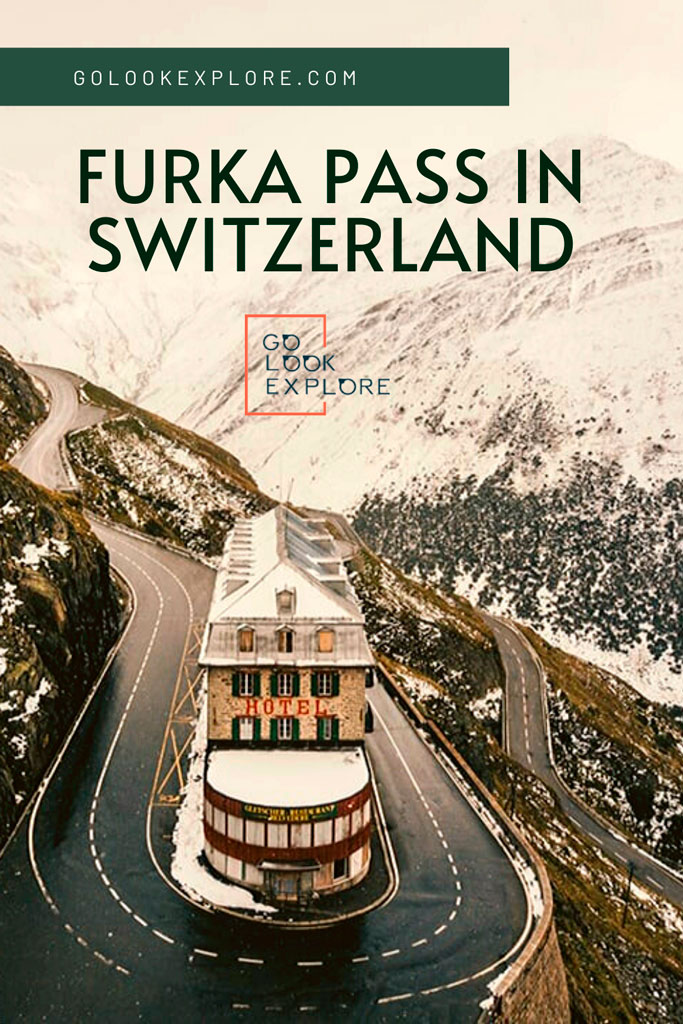 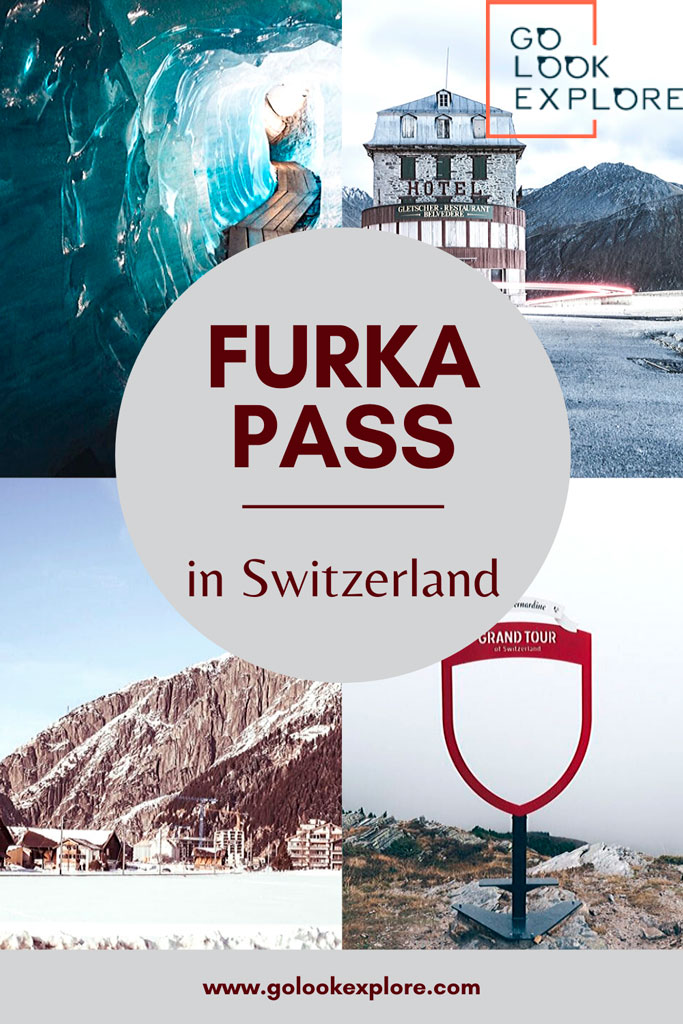 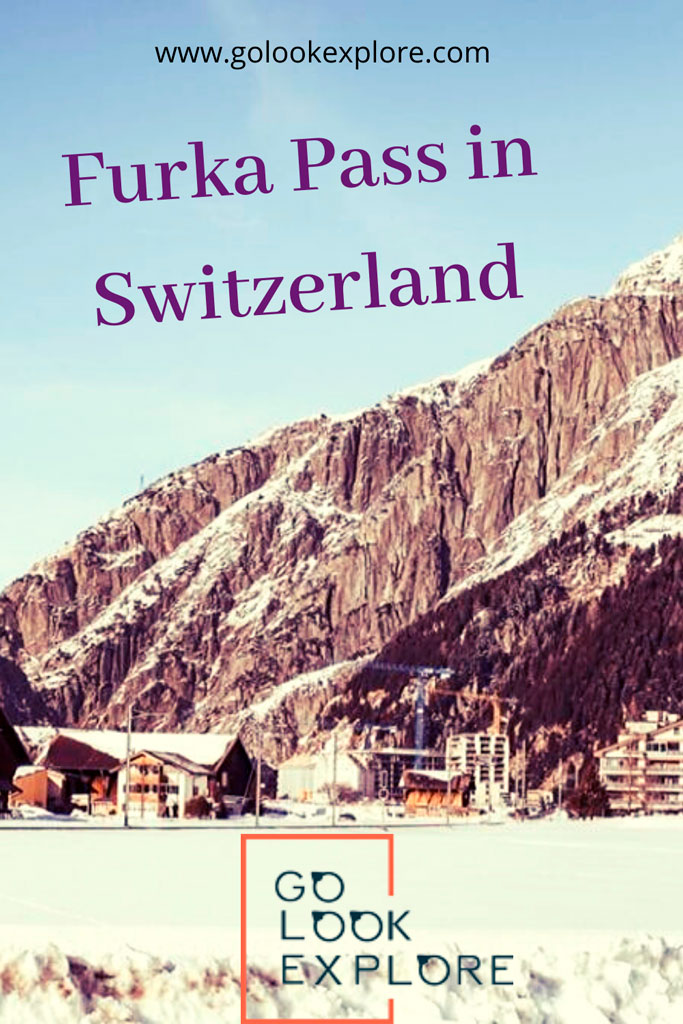 7 Family-Friendly Things to Do in Park Ela, Switzerland
10 Must-See Christmas Markets in Switzerland