Lithuania is a country in eastern Europe, and it is the largest and most populous among the Baltic states. The neighbors to this country are Poland, Latvia, Belarus, and Russia. The country has an area coverage of 65300 kilometers square and slightly smaller in size when compared to Greece. The country is characterized by mixed forest areas, several lakes, sandy beaches, and wetlands. The population of this country is around 2.8 million people, and Vilnius is the capital city. Lithuania has been under Soviet rule, and it is only in 1990 when it became independent.

Lithuania is one of the most visited locations in eastern Europe because of the various unique features and the culture and diversity of the local population. Since the independence, the country has embraced modernity and allowed integration of the western European institution. Traveling to the country will give you a totally different perspective, and you will see how unique Lithuania is compared to its counterparts. Nature, serene lakes, cozy little towns, spa resorts, tasty local cuisine, and friendly local people attract many people to Lithuania.

The position of Lithuania is interesting politically and geographically. Historically the country has been described as a Baltic state, and it was a satellite state of the soviet. However, before you plan your travel, you should have some information about the country and learn some Lithuania fun facts.

They have high internet speeds

One of Lithuania’s most notable features is that they have one of the fastest internet speeds in the world. The broadband internet in Lithuania can reach a download speed of up to 30Mbps. You will find that there are numerous free WIFI spots around major cities in the country.

Therefore, when you visit this fantastic destination, you do not have to worry about being bored because you can easily access the internet. You are not restricted to your hotel, where you can take your laptop around the city and work anywhere you can find the hotspots.

The language spoken in Lithuania is the oldest in the world 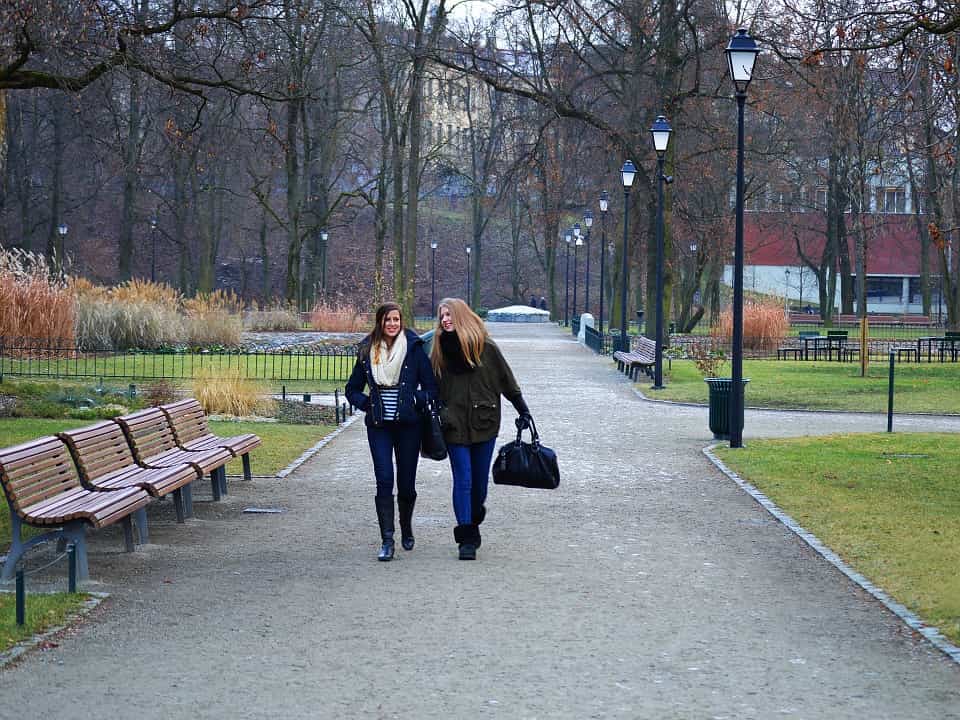 Many people may know that Slavic, Celtic, German, Greek, and Latin are the oldest languages in the world. However, the Lithuanian language is ranked as the most ancient of all of them. The language is characterized as an Indo-European language and the language spoken today is similar to the olden Sanskrit.

One of the longest words in the Lithuanian language is “nebeprisikiškiakopūsteliaujantiesiems”. This is a very long word with thirty-seven letters, and the rough meaning is a group of people who used to go to the forest to pick grass for the rabbits. However, such activities are no longer available in Lithuania; hence the word is rarely used.

Lithuania is a land of nature

According to recent statistics from the department of natural resources, forests cover over a third of the total landmass in Lithuania. Most of the national parks and reserves are protected areas; hence they have unique fauna and flora that you can see.

Some of the ancient mammals still exist in reserve because of the level of protection that the government has put in place. The stork is the national bird, and the population of this bird in the country is quite huge. Lithuania is home to the oldest oak tree in Europe, and this oak tree is called Stelmuze Oak, according to reports, it is over 1500 years old, and it is 23 meters high. 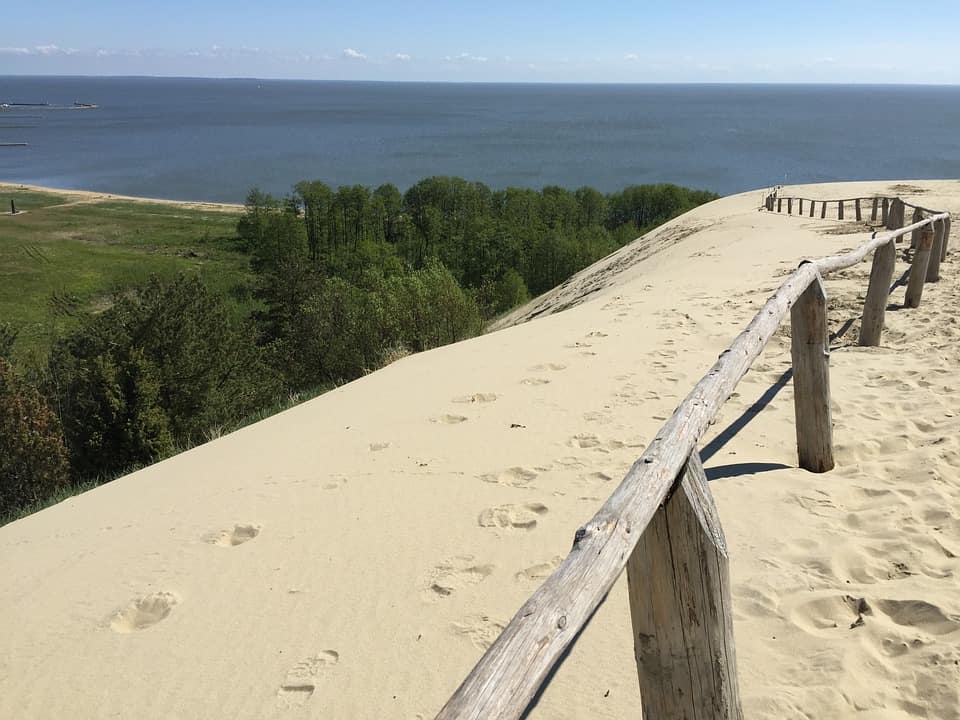 Besides, Lithuania has the largest moving sand dunes in Europe, and it is why many people flock to the region for the natural beauty.

They advertise tourism as a sexy activity

In the recent past, Lithuania put out some of the most exciting tourism advertisements. They promote their tourism by making it sexy, the country capitalizes on the beauty of the Lithuanian women, and their promotions are pretty appealing.

In the recent past, the Lithuanian capital advertised itself as the G-spot of Europe. They had a slogan indicating that it is the only place where you will find it unique. 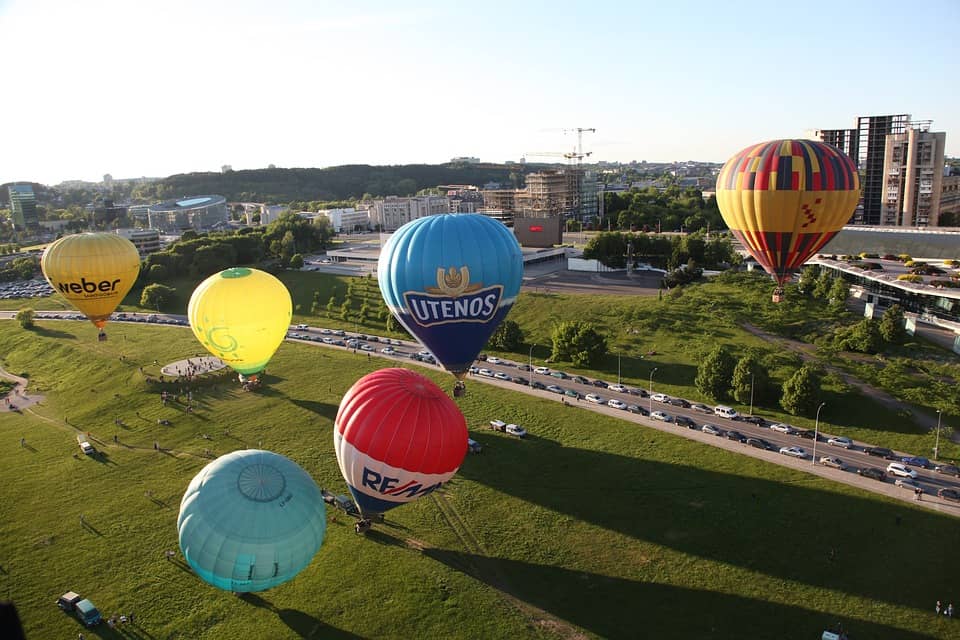 The locals love the hot air balloons and even have named the national dish Cepilin, a meatball-sized dumpling mixed with cheese and potatoes.

As a country with long history and traditions on the quirky side, you can expect that the Lithuanians have remarkable ways of celebrating their holidays. They have exciting twists to typical holidays such as Easter and St. Patrick’s Day. Velykų Bobute, a mythical creature, brings the eggs to the children during the Easter holidays.

In case you’d like to learn how is Easter celebrated in Austria, here is our guide.

Bunnies usually have to decorate the eggs, but the mythical creature does the delivery by itself. St. Patrick’s sees the Vilnia river dyed green while maintaining its cleanliness. The tradition is unique as the water changes color to green, and they enjoy the themed parties.

Lithuania is home to the oldest tree in Europe

Lithuania is a rich and diverse nation, and one of the main treasures is the conservation of natural resources. The Stelmuze Oak is one of the most revered tree species, and it is located in Lithuania. This tree is over 1500 years old, and it is 13 meters in diameter and 25 meters tall.

In the year 1960, it was declared a national monument, and the government has put in measures to protect the natural resources and these three species. The tree acts as a symbol of a national treasure, and many Lithuanians embrace environmental conservation by looking at how much the government has gone into protecting such species.

Geographically, Lithuania is the center of Europe

Many people assume that since Lithuania is located in Baltics, it is a peripheral nation in the European continent. However, this is not the case. Recent cartographic studies show that Lithuania is the center of Europe.

When the map is drawn to scale, the center of Europe is Purnuskes, which is a village in Lithuania. 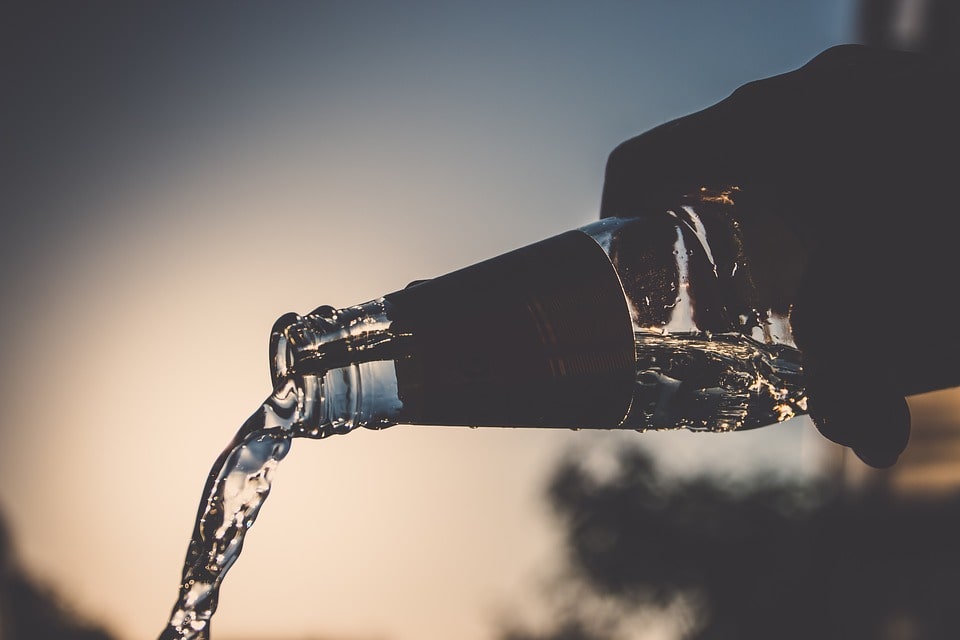 Although the locals tend to enjoy a fresh and crispy bottle of beer, vodka from corn was first discovered in Lithuania. The local beer in the country is praised worldwide for its unique taste and exceptional taste and uniqueness. The Lithuanian beer won gold, silver, and bronze in the world beer awards.

The top breweries in the country have perfected their art, and this is seen globally. Through these beer-making processes, they discovered how vodka can be made from the fermentation of cornflour with yeast.

Lithuania has a national perfume

The Baltic state is one of the most visited tourist destinations, and the women in this tiny nation are known to maintain high levels of beauty and fashion. The country does not disappoint either because they are at the forefront in the production of perfumes.

Read more: 10 amazing things to do in Lithuania

There is a national perfume called ‘The Scent of Lithuania’. The scent was first released a decade ago, and it gained traction among the beauty and fashion industry. This perfume is characterized by raspberry, wildflowers, ginger, musk scents, and sandalwood, which adds a fresh and sweet touch to the final product.

A few years ago, the country had diversified and released two other fragrances.

Basketball is the second religion

Basketball is one of the most famous sports in the country, and the majority of the population is into the sport, and the numbers are closer to those who are religious.

The sport became famous in the country during the soviet oppression, and the locals saw it as a way of fighting for independence. Since the struggle for freedom, many Lithuanian players had perfected the art, and they have even sent many players abroad to the NBA in the united states.

Some of the notable names include Domantas Sabonis, Jonas Valanciunas, Arvydas Sabonis, and Šarūnas Marčiulionis.

This may sound a little weird at first, but when you understand why this dance is revered, you will realize why Lithuania is rich in culture and diversity. The traditional folk dance is performed once every four years, and it incorporates dancers from all over the country.

Every dancer is expected to follow the choreographic instructions to form a substantial well-organized human chain with rapidly changing shapes. This type of dancing makes it one of the most unique experiences in the country.

According to a UNESCO report, it is listed as one of the Intangible Cultural Heritage in UNESCO. Make time and visit the country during the dance and watch aerial videos of the fantastic crowd dancing in style.

In summary, Lithuania is a top tourist destination, and multiple features make this country unique. Take time to explore the local culture as well as enjoy the activities that the citizens do.