Iceland is a popular destination because of its culture and diversity. It is an incredible place to live in as it is beautiful, welcoming, and safe. The living standards in this country are pretty high, and you are sure that you will have a comfortable life when you move to Iceland. The local people in Iceland are open, friendly, and they are welcoming. Many of the locals speak English; therefore, you will not find a hard time settling in the country if you are coming from an English-speaking country.

Iceland’s capital city is Reykjavik, and it is a fantastic city with bustling urban centers and a gentle pace of life, unlike other European cities. The economic situation in Iceland has dramatically improved since the financial crisis of 2008. It is the most desirable country to live in as the standard of life is good as well. Many people are visiting Iceland and because of the uniqueness of the country and the welcoming nature of the people. In the last decade, Iceland has become a significant hub in Europe for adventure, travel, and culture. With many people visiting the country regularly, it is natural that many people want to live in Iceland.

Iceland has many foreigners who have moved into the country, and according to those who have settled there, they do not regret the decision of moving to Iceland. Since the government is committed to being accepting, open, and diverse, this gives room for people to develop themselves and grow individually and collectively. The population in Iceland is about three hundred and fifty thousand, and there is a communal culture observed. The country’s natural beauty is compared to nothing else, and your stay will be excellent as there are natural features that you can enjoy and explore. It is important to note that before you decide to move to Iceland, you should conduct thorough research to help you deal with any situation that may come. 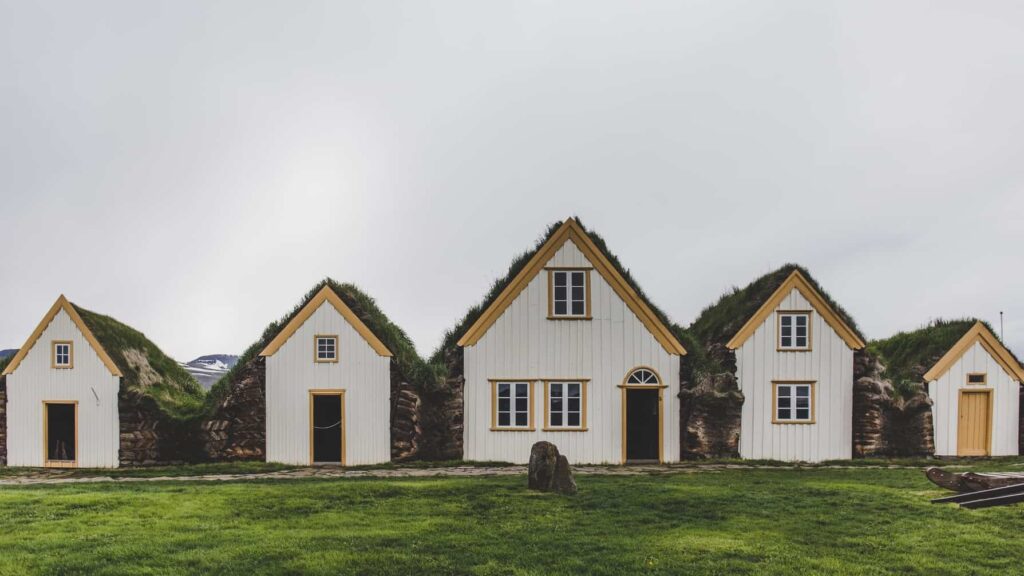 However, you should not be deterred because you can find a good house in the capital depending on your taste and preferences. There are multiple estates in the capital where you can find a house to live in. All you need to understand is that it takes determination, patience, and time and within a short period, you will find a place to live. The rent for a 900 square foot flat ranges from 160,000 to 210,000 ISK.

Although these figures might seem a little high, the cost of utilities is relatively low because the primary source of energy is geothermal hence making your rent more manageable. The cost of living is reflected in the national salaries thereby you will have a comfortable life. You should get a signed contract before renting a house in Iceland.

According to recent statistics, the employment rate in Iceland stands at 99%. This is due to comprehensive efforts by the government and the private sector to support and grow different industries. There is a high level of education and a revolutionized economy, thereby allowing people to get more jobs in other sectors. It is important to note that Iceland is a country of scientists, gourmet chefs, financiers, construction workers, artisans, teachers, and medics.

If you want to move to Iceland, it would be better to search for a job before moving to the country. This way, you will be ready when you arrive to handle any arising matter regarding finances. There are so many people from across the world who are working in Iceland, and you should explore the opportunities of working here as well. You can reach out to English-speaking companies to make your work easier. The most important aspect of working is that you should continue to develop your skills in your area of expertise.

Iceland has one of the biggest average salaries not only in Europe but all around the world. At the moment in 2022, the average salary is around 3000 euros, but if you work in IT or other technological industries, your salary can get even higher.

People in Iceland can really earn good salaries and have a great lifestyle on the island. With an average salary you will easily be able to rent an apartment, have a car, travel around and enjoy the local restaurants from time to time.

The Icelandic Krona is the currency used in Iceland, and the notes come in 500, 1000, 5000, and 10,000 denominations. Here you can use your debit or credit card as well to purchase different items.

You must understand that the cost of living in this country can be relatively high; therefore, you have to keep up. The cost of living here is around 50% than that in the united states. You should be well prepared if you are planning to go and live in Iceland.

Family plays a very strong role in Iceland’s life and usually, it is very understandable by employers that you need to pick up your children, you have a doctor’s appointment or there’s an important school meeting.

Iceland has 40 hour work week, but the majority of workplaces are very flexible and not strict. 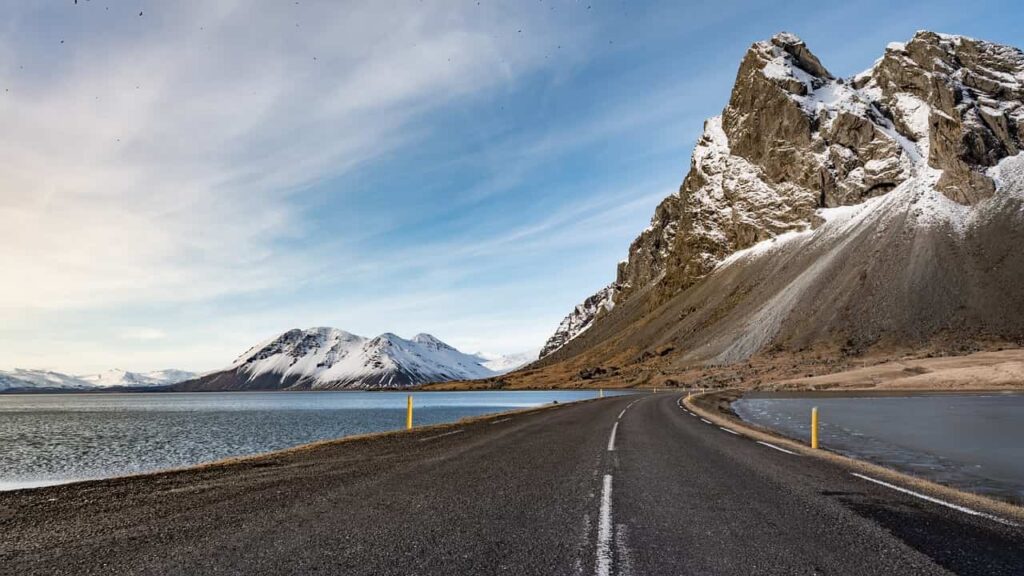 One of the most distinctive aspects of the country is the temperate climate that is experienced in Iceland. Here you will enjoy warm and sunny days during the summer period. However, it is essential to note that the weather can be pretty volatile at times. You can wake up to a crisp morning, then after a few hours, there are horizontal winds and blizzards.

There are no intermediate seasons of spring and autumn. The Icelanders know long winters and long summers. You can see the midnight sun, and the temperatures vary from 1 degree Celsius to 9 degrees Celsius during the summer period.

If you are planning to live in Iceland, then you must know the local language. The language is spoken widely, and you can learn it quickly. Since the country began experiencing Christianization from 1000AD, the language has adopted various words from Norwegian, Danish, Latin, and French.

The written language has not changed much; therefore, you can read ancient books and understand the modern Icelandic language. English is spoken widely, and it is taught as the second language in school and people in Iceland speak English very good, so if in the beginning you struggle with Icelandic – do not worry, people speak English in the local communities, shops, gyms, post offices and so on.

Iceland has one of the most unique healthcare systems, and you are sure that you will be healthy and sound when living in the country. If you have a European insurance card, then you are covered in this country. The health insurance in the country is usually covered by the state, and the citizens will contribute to the services fees and taxes.

There are six major hospitals in the country, and you can visit the hospitals for excellent care. There is an emergency number that you can call if you need healthcare services. Air ambulances are often used since the country is vast, and it provides a quick response.

The education in Iceland cannot be compared to anywhere else in the world. Their education system is well organized and top-notch. The academic reputation of this country is exceptional, and the government supports the education system. The country’s children are required to attend school regardless of residential location, sex, religion, or status. A considerable number of schools in Iceland are run by the government through the ministry of education.

English is taught in school as a second language, and you can explore as well many education opportunities in the tertiary institutions in the country. Swimming is a mandatory lesson in the country. If you want an international school, then you can check those that are available in Reykjavik.

When it comes to safety, Iceland has some of the best security agencies across the globe. Violent crimes are a rare occurrence in the country. Iceland is the third country in the world where you are least likely to get murdered. This is true because the security situation is well enhanced, and the citizens are cooperative as well.

However, it is essential to understand that if you are new in the country, ensure that you keep your valuables safe. Do not tempt pickpockets in crowded areas. 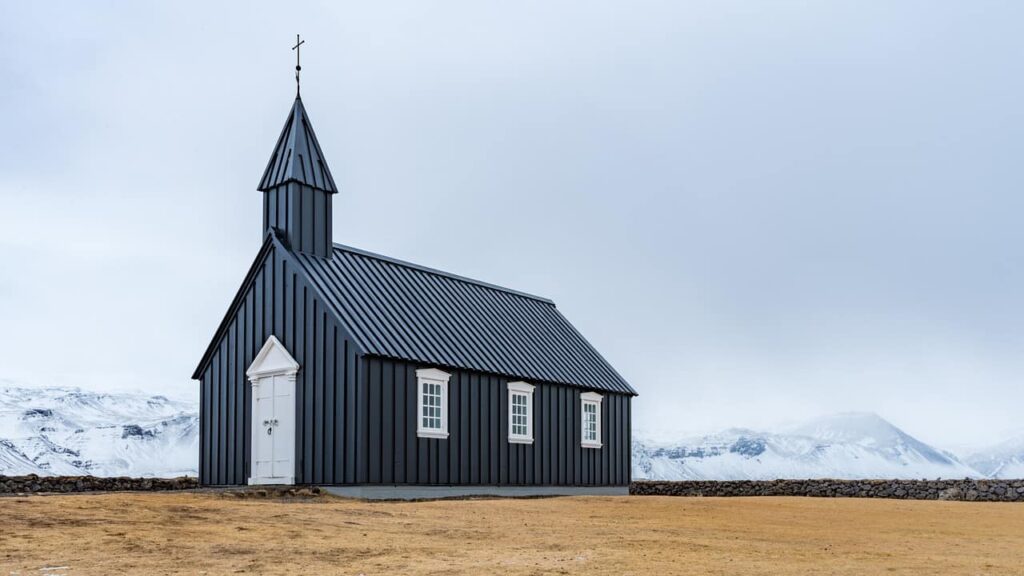 Iceland is a relatively high religious country, and there over forty religious groups. Over 80% of the population are Lutheran, and the rest of the population belongs to Roman Catholicism. The country was Christianized from 1000AD, and this reshaped the country’s culture.

Judaism and Islam are also religions that are practiced in the country. This country promotes religious freedoms, and you can explore the fantastic features that they have therein.

Iceland is a large country, and the terrain tends to be mountainous, mainly from the dried lava and rocks. You will need to purchase a car if you are living in the country. A four-wheel-drive vehicle is a right choice because of the terrain and the gravel that tends to affect the roads when the lava cools down. The transport system is well managed, and the buses are top-notch with proper maintenance.

There is no question about it – Iceland has one of the most exceptional nature landscapes in Europe if not the whole world. It is an island with sleeping volcanoes, black beaches, puffins, the biggest glacier in Europe, countless hiking trails in Iceland, Lagunas and much more.

No matter where you live in Iceland – you can escape to wild nature in minutes. Even if you live in the center of Reykjavik, you will need just few minutes by car to get to the wild nature. If you are in Akureyri – beautiful nature is always insight.

As mentioned before, Iceland has one of the lowest crime rates in Europe and is a very safe country. You have to keep in mind that Iceland’s population is just a bit higher than 300 000, so everybody knows everybody. That is maybe not the case in Reykjavik, but definitely in the smaller cities.

Iceland is the leader in the world in renewable energy as they use geothermic power to heat their houses and produce electricity. Electric cars number is as well rapidly growing and soon Iceland will be completely free from any other energy resources such as oil.

Iceland has one of the highest ratings amongst men and women equality at work place: salaries of women and men are as close as it gets in the world.

LGBT rights are as well very strong in Iceland and you just have to remember Jóhanna Sigurðardóttir, the world’s first openly gay prime minister in modern politics.

In conclusion, Iceland is a unique country, and you can live in an advanced country with proper structures. If you plan to go and live there, then you should do your research and find a perfect spot where you will live in.

Reykjavik is a bustling capital city with a huge harbor and airport next to it, but you can find many more fascinating little places to live: Akureyri, Akranes, Selfoss and so on. If you are looking for a place where nature is really exceptional, people are friendly, social security is strong, nights are long and winter is like in the best Hollywood movies – Iceland is a place to move and live.