There are numerous Christmas traditions in Switzerland that you can be part of and enjoy your time to the fullest. The swiss are exceptional when it comes to Christmas, you will realize it is Christmas even without being told. The streets will be full of Christmas decorations and lights. There are some universal aspects such as fairy lights and tree lights, but there are also other unique traditions localized to each canton.

One very fast tip: if you want to feel the Christmas spirit and feel like in a north pole – I highly recommend visiting some of the most charming villages in Switzerland at Christmas time. You won’t regret it. 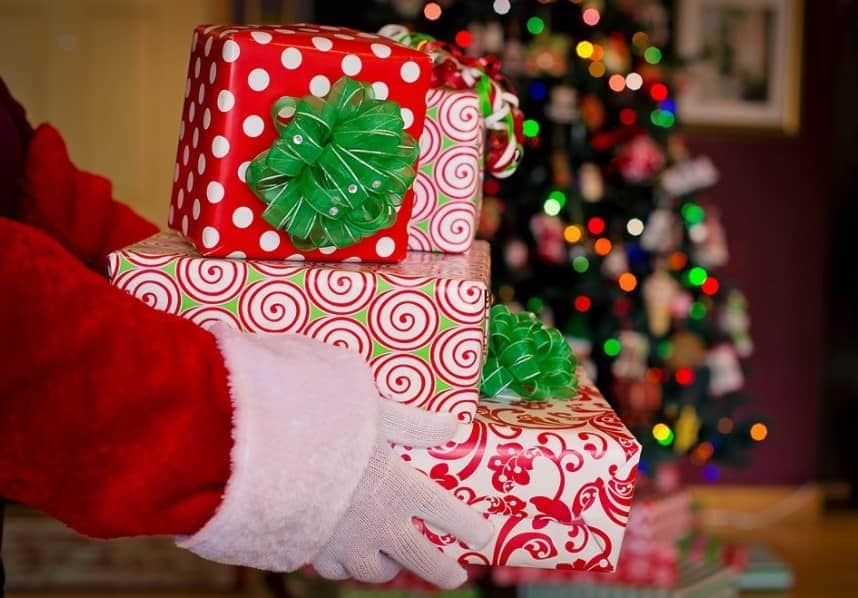 This is the swiss Santa Claus and unlike other places across the world where Santa will visit on the 24th of December. The swiss Santa usually visits on December 6th, and he does not bring gifts as we are used to in other places in the world. However, the swiss Santa will bring you a huge bag filled with mandarins, peanuts, and chocolates for everyone. In Switzerland, Santa Claus will visit and knock each home where he is invited, he will share all his goodies, usually carried by a donkey, with the hosts.

He will then read a report on how each one has performed or behaved in the last year. If there are areas of improvement, Santa will mention, and those children who excelled will be given huge treats.

One of the most common traditions in Switzerland during Christmas is the tradition of baking cookies. You will get almost every family baking several batches of cookies and traditional desserts. There are different types of cookies that you will get in Switzerland from Brunsli, Mailänderli, Zimtsterne, and Chräbbeli, to mention a few. These are usually baked and given away in neatly arranged cookie bags.

Just like the Christmas calendar the advent windows are usually used to count the days to Christmas eve. This tradition is usually very common in villages and smaller towns of Switzerland and a neighborhood, you will find one family or another decorating their windows with the Christmas theme for each day until Christmas eve. During this period the windows are publicly revealed on the allocated day and the windows say closed to allow the light to shape something.

Every evening from day one until the 24th, each window is open at a set time, and people are invited to gather in front of the house to see how it opens and the picture that is revealed. During this period, Christmas carols usually accompany the unveiling of the image depicted by the window. Once the windows are open, they will stay lit until Christmas eve. 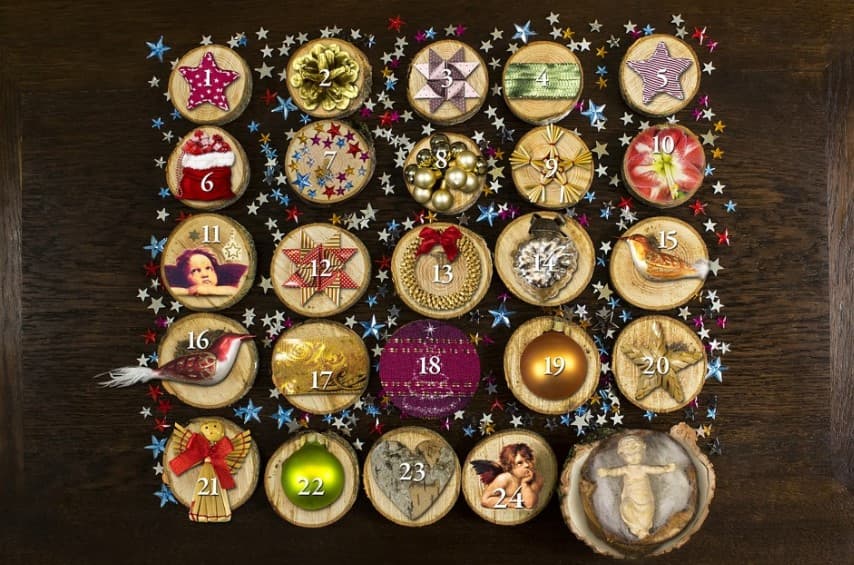 Like many parts of Europe and the world, the Swiss people enjoy numerous traditions and have fun counting the days until Christmas eve. The counting is usually done using the Christmas calendar, and it counts days from 1st December to 24th December.

You can get store-bought or homemade Christmas calendar in most swiss homes, and it is always a fun way to count down the days until Christmas eve.

The Swiss people are known to be a traditionalist, and they will count the days from the 1st until the 24th of December, where there will be a big celebration. The decoration is usually done by placing a circular wreath made of four large candles and fir branches.

The first candle is lit each Sunday four weeks before Christmas week.

According to the local traditions, Santa Claus will visit on December 6th. During this period, he will not bring presents but chocolates, peanuts, and mandarins, and these presents will be distributed according to the kids’ behaviors during that year.

Children who were good during the year will recite poems to Santa. 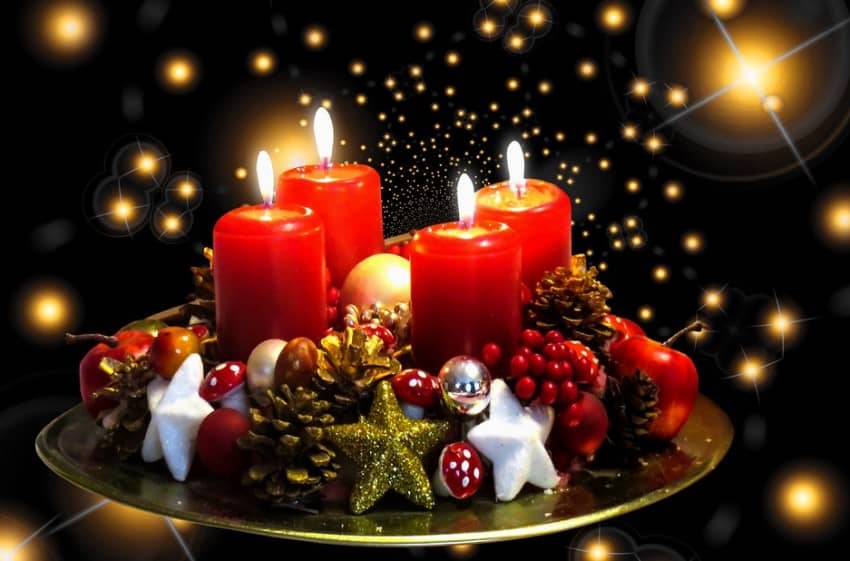 One of Switzerland’s most popular traditions is candle dipping year as early as late November, you will find many stalls set up for this event. People can make their own candles in the stalls by dipping wicks in tubs of hot molten wax. The wax usually comes in different colors and this is critical as it aids in giving the kids a chance to make their own candles and enjoy the activity.

Besides, it is an activity that brings people together. You can embrace the culture and tradition, and people have the opportunity to get the best of the tradition and enjoy a fun-filled activity. Weight and proceeds of the event usually pay the finished candles are usually donated to charity.

On Christmas eve, this day is celebrated across Switzerland according to each village or valley’s traditions. Most of the country’s celebrations are often associated with religious beliefs. The community will celebrate them according to their way of thinking and the religious beliefs in the area. Don’t forget to stroll around colorful Christmas markets around Christmas eve for the ultimate experience. You can find traditional food and drinks that’ll keep you warm.

A freshly cut tree is decorated and kept hidden until the dinner of 24th where it is revealed and many families will light the tree and this makes it a common and memorable way of celebrating Christmas.

As the evening breaks on the 5th of December, the whips and sound bells will fill the crisp winter night in the small villages of Switzerland. During this period the people will begin to enjoy what is called chasing Claus or waiting for Christmas day to arrive.

Traditionally men and boys will form groups and wear black or red hats with white shepherd’s shirts and carry bells which they ring as they go around the area.

Switzerland is probably the best place to celebrate Christmas as they embrace it really hard in the best possible way. Each city is full of decorations and they have massive Christmas markets. These markets are famous all around the world because they build the whole Christmas villages with restaurants and many other attractions. In a Christmas market, you can not only enjoy hot wine or chocolate but many other local specialties.

Visit as many Christmas markets as you can, visit train stations (Zürich main train station always have amazing Christmas tree), skiing resorts and other places. Christmas is literally on another level in Switzerland.