Greece is one of the most visited destinations in Europe. The Greek beaches, architecture, cuisine, and civilization are some highlights that people often visit to learn about Greece. The country’s history is exceptional, and you will need a proper time before you can familiarize yourself with the country. There are a plethora of white sandy beaches that you can enjoy during your visit. However, there are also certain dangers you have to be aware of. Specifically, there are quite a few dangerous animals in Greece and here is the list of the most common you will encounter during your trip. 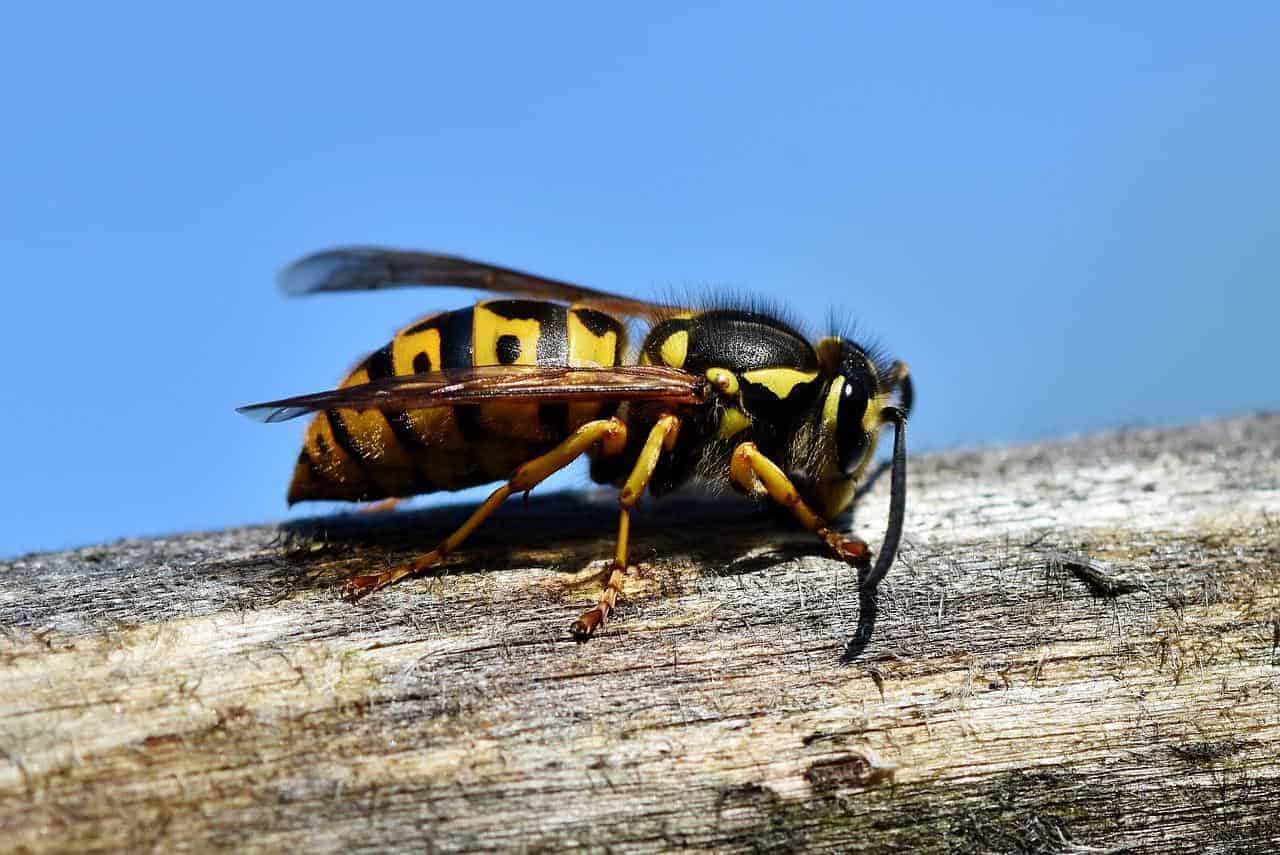 These insects will cause severe damage to your body because their bites often deliver a huge amount of venom and can cause dangerous effects on the body. There are plenty of bees in Greece and you will find them during the autumn period on flowers around the country.

These bees are usually aggressive and will sting you even when they are not provoked. Beestings usually result in swelling, pain, fever, and allergic reactions. On the other hand, the wasps are the worse version of the sting because they have an excruciating sting when they attack you. The hornets are the worst because their venom is like fire on your body. If you are stung by these creatures, you should seek immediate medical attention. 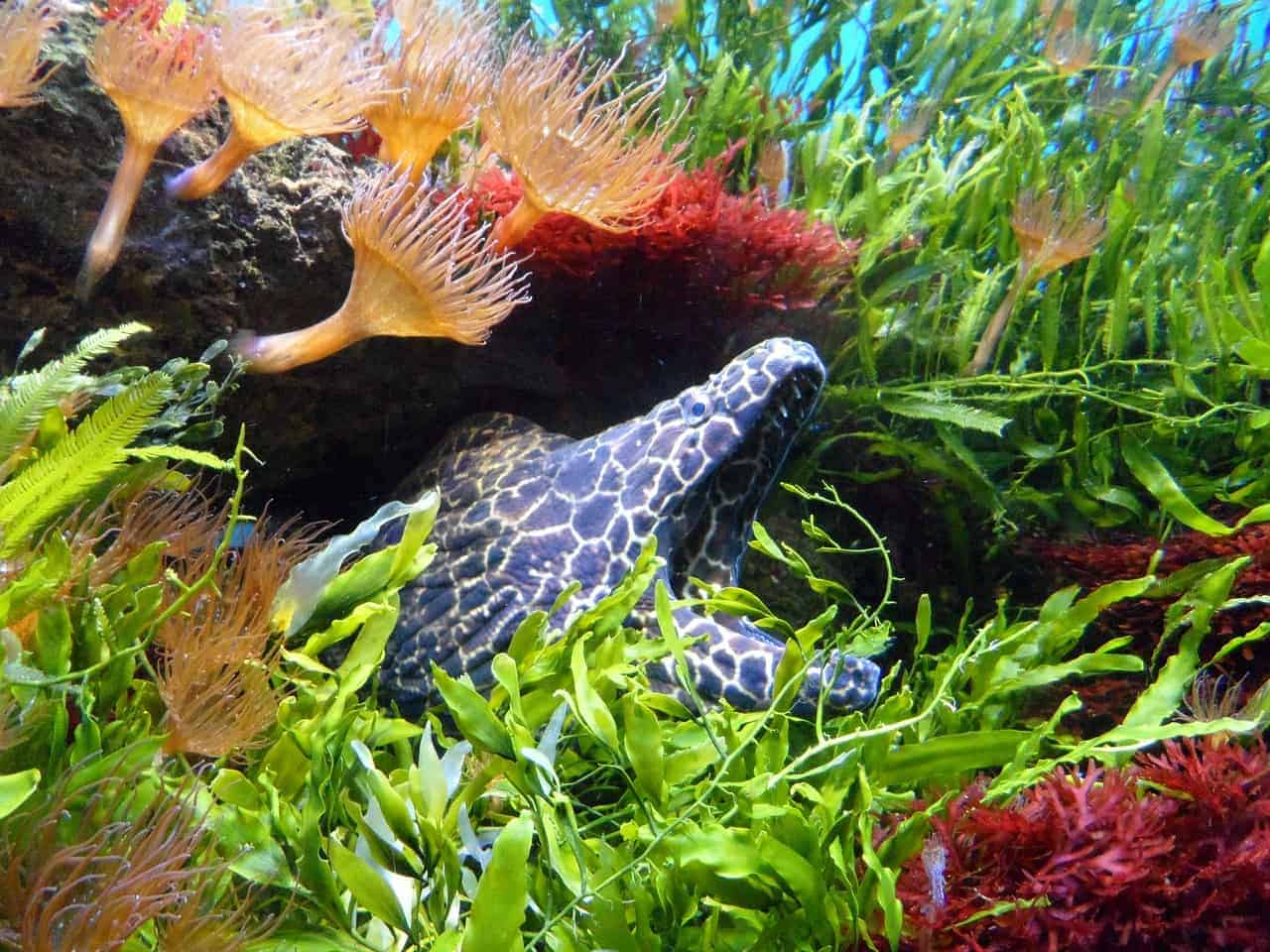 Greece has a fantastic coastline and one of the places where the Greek border interacts with the waters is the Mediterranean shores. The moray eels thrive off the coast of the Greek islands and there are other places where you are likely to encounter them in the Ionian and Aegean region. You should be careful if you are planning to enjoy some water activities and sports because these areas are very critical and the eels inhabit the area.

The creatures are characterized by their slipper nature and perfect camouflaging techniques, and since they hide well, there is a high chance that they might unknowingly attack you. The bites from the moray eels are very painful and the creature will release toxins into your body this will cause blood-clotting, pain in the affected area, hallucinations, and difficulty breathing among other severe conditions that could lead to death if the situation is not dealt with immediately. If a snake bites you, then you should seek immediate medical attention because it can be one of the most dangerous phenomena.

The Ohia snakes are known to be the most dangerous in Greece and you should ensure that you are staying in an environment that does not have these snakes. These snakes are commonly called horned vipers and they might not be fatal because their venom is known to cause cell damage and eventually tissue damage. The bites from these snakes may not result in death for adults however for young children it can be fatal because it can affect the muscular system and this will result in heart muscle stopping and difficulty breathing.

Some of the symptoms of the Ohia snakebite include swelling of the affected area, difficulty breathing, numbness, headaches, and severe fever.   These snakes are aggressive in nature, they are known to have a very good camouflaging technique and you will find them in the grasslands. Since they often camouflage well, you are likely to step on them, which is when the biting occurs. You should wear proper hiking shoes if you are going to explore different parts of Greece. If the snakes attack you, then you should seek immediate medical attention. 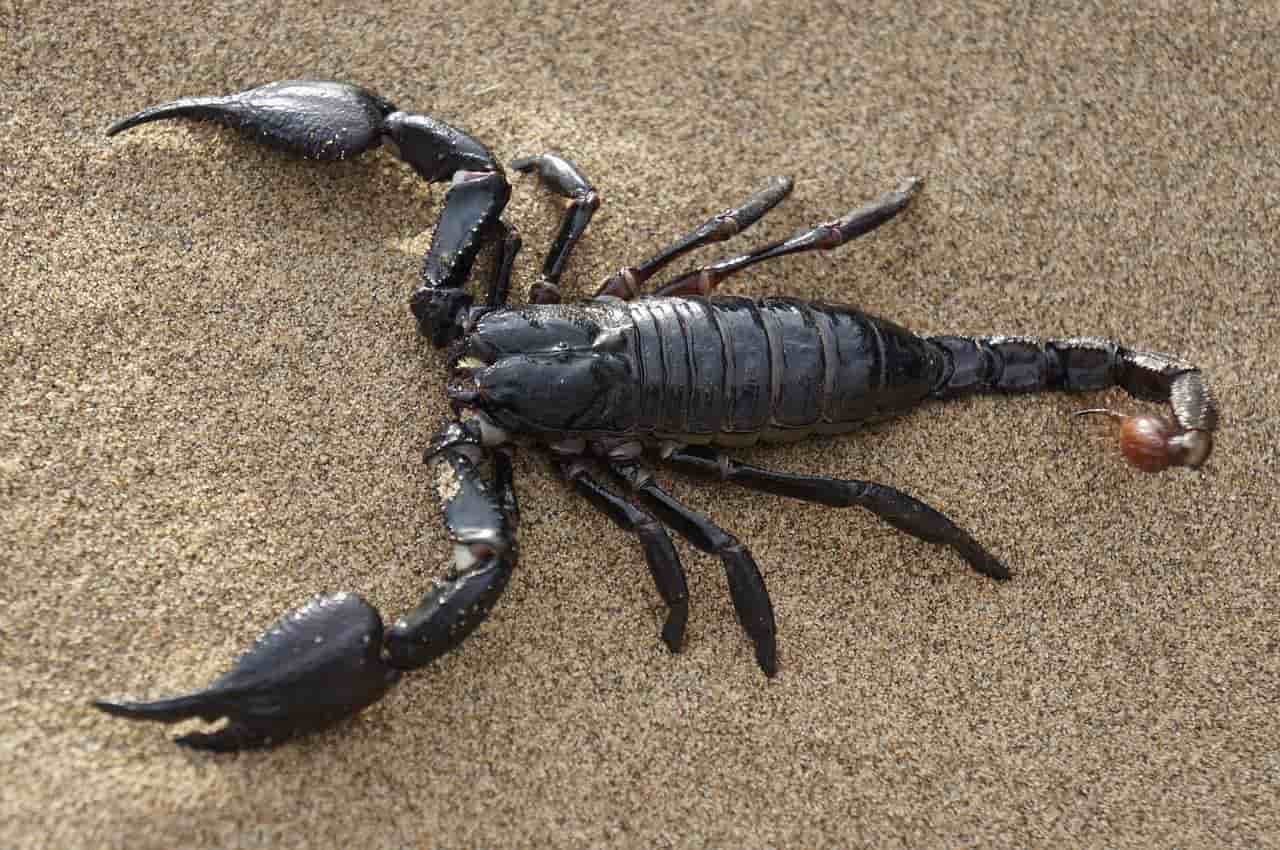 Scorpions are some of the most common creatures that you will find in Greece. Whether you are going to explore the capital, Athens or you are going to explore the Greek islands. It is important that you should avoid these creatures at all costs because they are venomous and can cause death. If you love the outdoor environment, then you should ensure that the areas that you are exploring do not have arachnids because scorpions are known to sting and they can cause severe effects for people who are highly allergic to their venom.

Further reading: Find out the most dangerous snakes in Greece

Some of the side effects of the venom from the scorpions include inflammation, excruciating pain, swelling, and difficulty breathing. If you want to reduce the chances of being stuck by scorpions, you should ensure that the area you are exploring is scorpion-free. When leaving your hotel, you should check your bags and shoes because they like to hide in dark areas. In a situation where a scorpion attacks you then you should seek immediate medical attention.

There are different places where you are going to encounter a myriad of creatures and one of them is ticks. There are so many ticks in the Greek grasslands and you should be sure to avoid such areas. If you want to go hiking in central Greek or other places, you should be sure to check out the area because there could be a thriving area.

The forest in Greece is a major habitat for these ticks and they are tiny creatures that are either brown or black depending on the habitat. These ticks usually attach to the host where they suck blood and they suck until they are full before detaching. When the ticks detach they fall on the grass where they lay eggs and they mature to become more ticks.

The ticks are carriers of dangerous bacteria and microorganisms known to cause Lyme’s disease. If you are exploring the Greek islands and the mainland, then you should be wary of these tiny creatures.

Brown bears are some of the most endangered species in Europe and there used to be a large population in the past. However, civilization and the use of different places for other activities have changed the areas that these bears inhabited. There are slightly over 150 brown bears in Greece and if you are exploring the Rodopis Mountains then you are likely to encounter them.

The existence of brown bears in Greece has been largely affected by the practice of so many people hunting them for fur. However, if you want to check out these creatures, then you should have a guide who will take you to the mountain ranges where they are known to thrive.

There is no aquatic creature you should avoid like the Portuguese man o war because it is known to cause dangerous attacks on humans. This creature has been known to sting people from different parts of the world and you should take ultimate care if you are trying to explore some of the Greek waters because you might encounter it.

They will leave red long marks on the body and the wounds are often infected with bacteria, which can turn ugly and if not treated could lead to amputation. If you are stung by the Portuguese man o war, you should wash the area with seawater to relieve the pain. Immediate medical attention is mandatory if you do not want the wounds to develop into something serious. Some of the venom symptoms from the Portuguese man o war include burning sensations, allergic reactions, swelling, and breathing difficulties among other dangers. 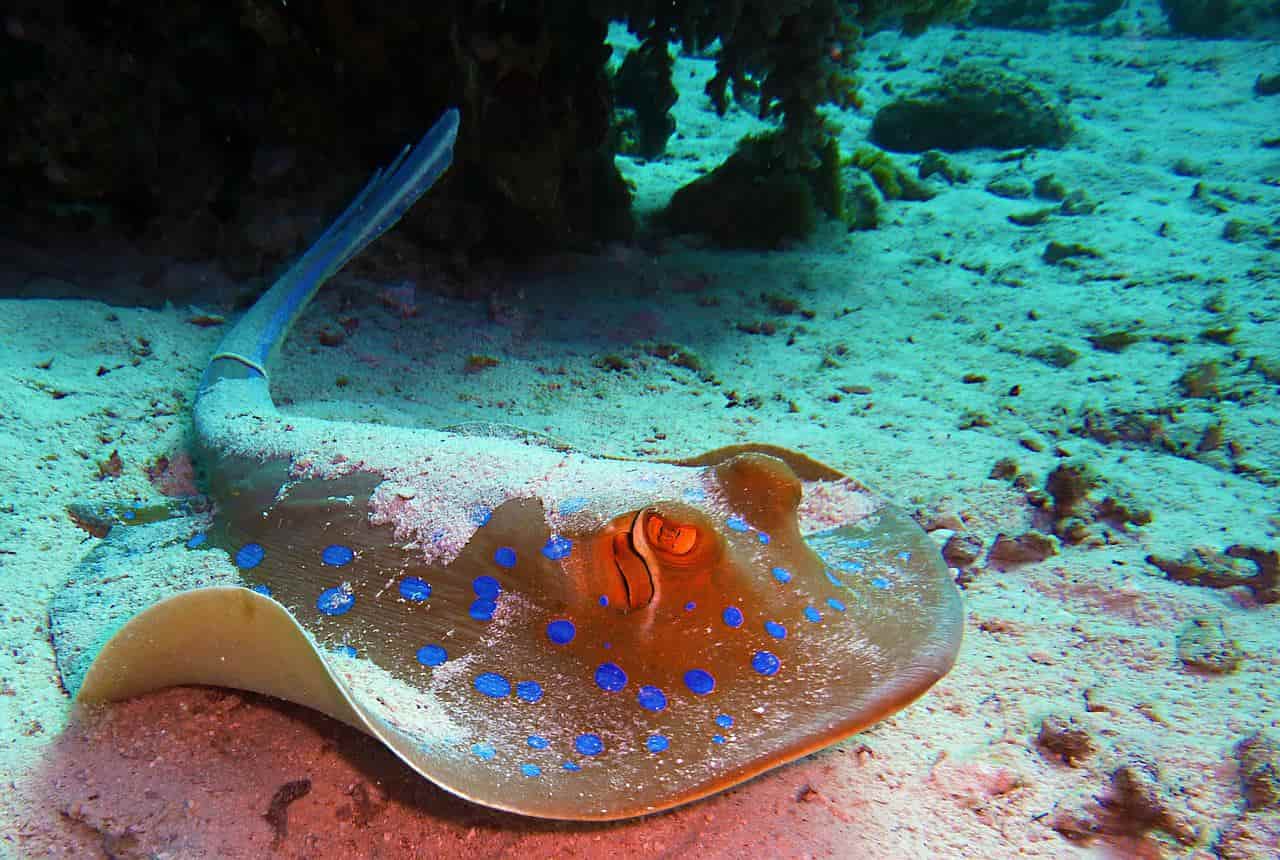 The stingrays are some of the most dangerous creatures you will encounter during your trip to Greece. The stingrays usually thrive in the Mediterranean Sea and may not be aggressive towards humans. However, if they feel that their habitat is being attacked, they are likely to strike back. If you swim in the waters, you must avoid provoking these creatures because they can attack you immediately. The attack causes excruciating pain and the barbed tails ensure that the most venom is delivered to the victim fully.

Further reading: Guess what’s the most dangerous animal in Europe?

Since these stingrays have razor-sharp fangs, they will inflict dangerous wounds on your body and you should stay away from the areas they like exploring. Some of the venom symptoms from the stingrays include diarrhea, vomiting, muscle pain, inflammation, and excruciating pain, among other dangerous side effects. If you are going to explore the Greek sea and oceans, then you should ensure that you are doing it in an environment that will not because you harm. If the wounds are left untreated, they could lead to amputation. If the stingrays attack you, then you should seek immediate medical attention.

The leopard snake is among the dangerous creatures you will see during your trip to Greece. There are different snakes that you are going to encounter in the Greek islands of Crete. This snake is very colorful and the amazing colors might fool you to think that it is a harmless creature. However, you should watch out for them because they are dangerous even if they are not venomous. It can nip or deliver a sharp rattle, which can cause injuries to your soft tissues.

There are different types of sharks that you are likely to find in Greece, and you are not limited to the normal species found in normal places. The sharks are predatory and you must be cautious because you do not want to deal with major injuries caused by the beasts of the oceans. Although shark attacks are rare, you should not gamble with your safety. Always be on the lookout.

In conclusion, Greece guarantees to deliver one of the best experiences to you when you visit the country and the islands at large. You will have a time of your life when you explore the different parts of the country.

What Are Different Types of Snakes in Greece?
11 Best Places For Snorkeling in Santorini