The polar bears are some of the animal species that are known to be threatened by any change in climatic conditions. When the season changes, these polar bears move from one location to another with the hope of finding food. In this context, they glide on the icebergs and ice floes to move from Greenland to Iceland. Some reports indicate a sighting of several polar bears in the western part of the country in Hraun and at the Thverárfjall Mountain.

The polar bears have usually protected animals in Iceland because they are few endangered. However, human safety is a major priority to the ministry in this country. They have made sure that there is legislation that protects the animals’ rights and the population.

Why Are Polar Bears Protected?

According to scientists in Iceland, polar bears are animal species that will decline by 30% in the next two decades. The movement of these animals from Greenland to Iceland is also posing risks to residents of Iceland, and according to the ministry in the country, these animals pose a dangerous risk to the kids.

The processes that are going on in the northern hemisphere have contributed immensely to the movement of the animals from one location to another. Recent research shows that the bears usually contact oil spills, among other hazardous chemicals in the sea, and this risks their lives. The oils also reduce the insulating properties of the animal fur, increasing the chances of the bears dying of cold or diseases from skin exposure to elements.

Further reading: These are the main differences between Iceland and Greenland

In the last decade, many gases and oil companies have been moving to the Arctic Circle, which has caused significant changes in the climate in this region. The polar bears are shifting from this location because the climate is not conducive to their lives in such an area. There has been an increase in human polar bear contact in the recent past, and the scarcity of food in Greenland and the changes in the ecosystem have forced the bears to move. Some of the polar bear species, which are not native to Iceland, have become frequent visitors to the country, causing fear and panic.

How Do They Reach Iceland?

At the turn of the 20th century, numerous polar bears have been spotted in the northern and western parts of Iceland. The species that have been seen in the country are usually ice-dependent, and you will not find them elsewhere apart from Greenland. Since these bears depend heavily on the ice for food, any changes in the texture or the composition cause a significant imbalance, resulting in the migration of the polar bears to Iceland. Essentially the polar bears are usually do not move from their original habitat. However, when there is a major food scarcity is then they choose to move.

The government of Iceland has put in place measures that will ensure that the spotted bears are handled carefully instead of the regular killing. The main plan in this aspect is to capture the bears and shipping or airlifting these animals back to Greenland. Another technique that the Icelandic government is trying to employ is to put these stray bears in a zoo before they are shipped back to their natural habitat. According to the local leaders, the primary priority should be placed on protecting the animal’s life. The ministry indicated that the killing of a bear should only occur when the bear is a threat to the livestock or human population.

In the past century, many more people have become conscious about animal protection, and there have been numerous lobby groups that are protecting wildlife. Iceland killed four bears in eight years, and this caught the attention of international animal protection groups. The Icelandic government has been looking for alternative solutions to this problem. The development of a strategic way of handling the animals while protecting the environment is crucial if any development is to be established in the country.

The polar bears have become a significant problem to the people of Iceland. The leading cause of this issue is mainly climatic change and not necessarily that the bears are inhabitants of this country. The regular visits by polar bears to Iceland have raised concern by the locals on dealing with the bears. The polar ice cap has been melting at a rampant rate, and this is causing the bears to move with the floating icebergs are they head to Iceland from Greenland. Polar bears are usually very wild animals, and it is imperative that you check out these animals and how they operate because they can be pretty dangerous.

The last time a polar bear was spotted in Iceland was a few years ago, and this was a mature female bear that was killed as a result of posing a great danger to the country’s residents. It is illegal to kill polar bears in Iceland. However, the ministry allows it if the bears are becoming a threat to the people or livestock. In April, the Atlantic puffins are major visitors to Iceland, and these attract polar bears. Iceland does not have a wide array of animals; however, the few in the country are amazing to marvel at since they have unique characteristics. 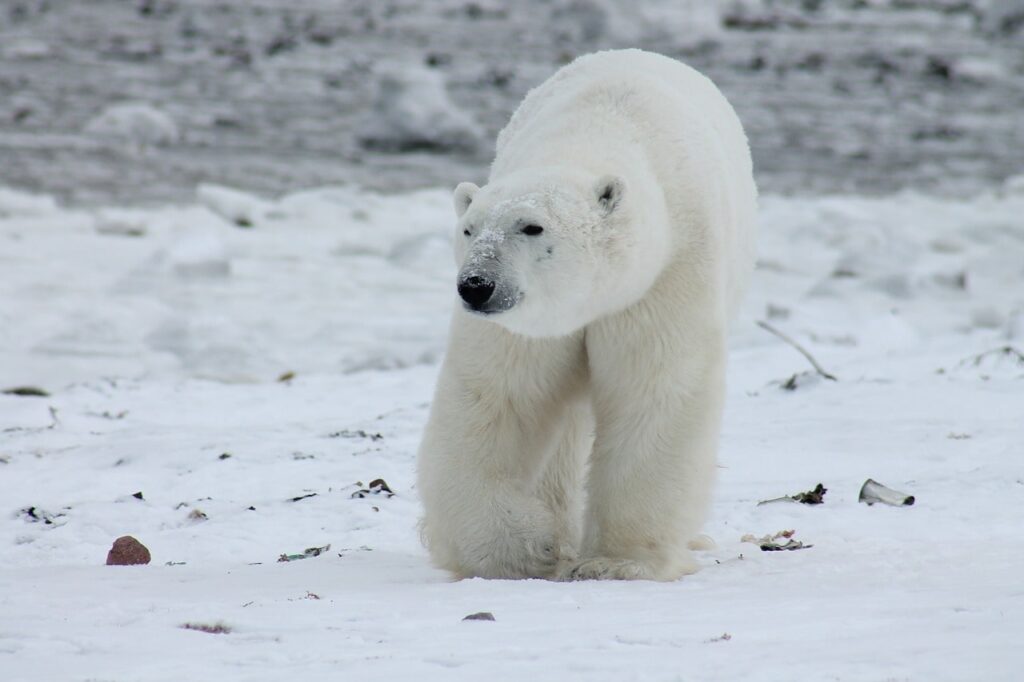 One of the major contributors to the high number of bears visiting Iceland is the puffins. The puffins usually fly out of the sea to Iceland during the summer period. These birds are looking for the best feeds and explore what the warm weather has to offer. The puffins usually arrive in April through September, and these typically attract the polar bears. According to recent data from the ministry, about ten million puffins usually come from Greenland to Iceland annually. The puffins typically come to Iceland to breed, and with their colorful beaks, you are sure that you will have the time of your life in this location.

What are the best seasons to visit Iceland? Here are our complete guides:

The polar bears spend most of their time in the Arctic, and some come to Iceland during the summertime. The puffins usually stay from April through September and sometimes October. During this period, there is a high chance that you may encounter polar bears. In addition, the polar bears usually come to Iceland for food and to breed as well. The polar bears are also attracted by the large number of puffins flocking Iceland; hence they see this as an opportunity to feed and breed.

There is also a considerable number of fish during the summer period, which attracts the polar bears.

How Do Polar Bears Move from Greenland To Iceland?

These distances continue to grow longer because of global warming and the melting of ice caps in different locations of Greenland. The common region that you might see polar bears is in the Westfjords in Iceland. The polar bears usually come into the country, and you will find them from time to time in different parts of the country.

In conclusion, polar bears naturally fear humans. However, you should not gamble with your safety by getting closer to these bears. Do not run away or make sudden movements, as it will freak the polar bears. Always stay safe when touring these polar bear-prone areas, and be aware of your environment.