Israel is a country that is located in the western part of Asia. It is on the northern shore of the Mediterranean Sea a southern of the Mediterranean Sea. The country borders Lebanon, Syria, Jordan, Egypt, Palestinian territories, and the Gaza strip to the east. It is a country that boasts of rich fauna and flora, which not only brings the magnificent natural sightseeing, but also diverse wild creatures including some dangerous animals in Israel. with the changes in the systems and modernization of agriculture this country has moved to be one of the best in terms of food production and other sectors. There is so much that you can see and explore during your trip to the country. It is not all about the wars in the middle east, there are places where you are going to learn so much about Israel, the religious significance, and the ancient history of the nation.

Despite the tiny size, Israel has a wide array of geographic features ranging from the mountain ranges of Galilee, the coastal plain on the Mediterranean Sea, the rich Jezreel valley, and the mountain ranges of Carmel and Golan in the northern part o the country. Most parts of the country lie on the Jordan rift valley which is part of the great rift valley. The country has four terrestrial ecoregions and each is filled with unique fauna and flora. The climate in this region usually varies depending on the prevailing season.

During the winter period, the coastal parts of the region such as Haifa and Tel Aviv usually experience cool and rainy winters with very hot summers. The mountainous regions of the country receive very wild climatic conditions where it is very cold during winter and very hot during the summer period. With the scarcity of water, the country has developed water-saving techniques and this has ensured that you have a rich diversity of fauna and flora in the country. 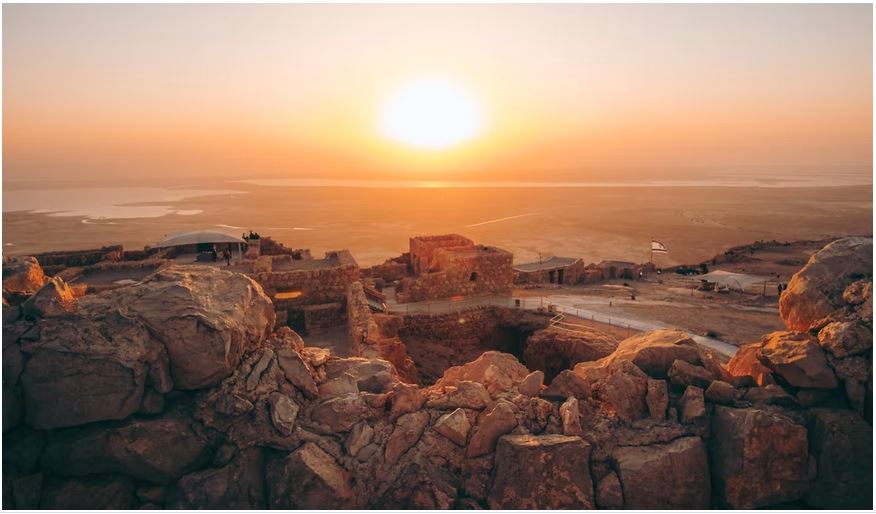 Israel is one of the countries that many people are longing to visit at least once in their lifetime. It presents an opportunity for you to see things firsthand. The country is home to some historical and iconic cities such as Tel Aviv and Jerusalem. There are modern and ancient archeological sites that present you with beautiful and amazing locations that you should explore during your trip.

In the northern parts of the country, you will find the desert and some vegetation in other parts of the country and this is where wildlife and other creatures thriving in nature have been inhabiting for years. There are over 400 natural reserves that ensure that the Israeli beauty is maintained and you can watch over five hundred animal species in the country. There is so much that you can learn during your visit to Israel. However, with this comes dangerous creatures that are thriving in the natural habitat.

The wild boars are some of the creatures that you are going to encounter in Israel. They are often thriving in the wild region of the country and it is imperative to note that they are usually docile and they do not attack people unless they are provoked. They usually have very tough and long tusks and sharp teeth as well. These creatures can grow up to 1.2 meters tall and weigh up to 300 pounds. The sheer size and tusks coupled with their wild nature can result in serious injuries if you are not careful. You should always keep some distance from them especially if you are going to explore their habitat. They are omnivores and you will find them eating grass and other creatures in the region.

The wild boars are in Golan and the environs and they use the coarse bristles to camouflage from the predators. It is one of the main reasons why they are still thriving in the area. The boars are dirty creatures and when they attack you, they are likely to transfer germs and bacteria to you and cause serious infections.

The caracal is one of the creatures that you are going to find in the Negev desert. It is one of the most exceptional places that you are going to encounter during your trip to Israel. They are usually nocturnal creatures hence if you are exploring the area during the day then you might miss them. However, at night they come out and this is when you will see them firsthand moving from one region to another. They are also called gazelle cats or Persian lynx because of their appearance. These creatures the caracals that you are going to find in the region are usually characterized by their reddish sandy coat and in some cases, you are going to spot some of the black caracals in the region. These caracals are known to hunt and prey on smaller creatures such as rabbits. They are known to follow solitary creatures and usually thrive at night. They are cunning and some of the most exceptional hunters that you can find on the planet. They are known to be territorial as well and will attack you if they feel that you are interfering with their habitat. They have very sharp teeth and claws and they are likely to attack you when you visit the region. You must keep your distance from the creatures around the region because they can be very dangerous.

During the breeding season, you should not even get nearer them because they become fierce and there is a lot of biting and scratching. Since they can be carriers of very dangerous diseases, it is better that you avoid the area. However, if you are bitten by the caracal then you should seek immediate medical attention. 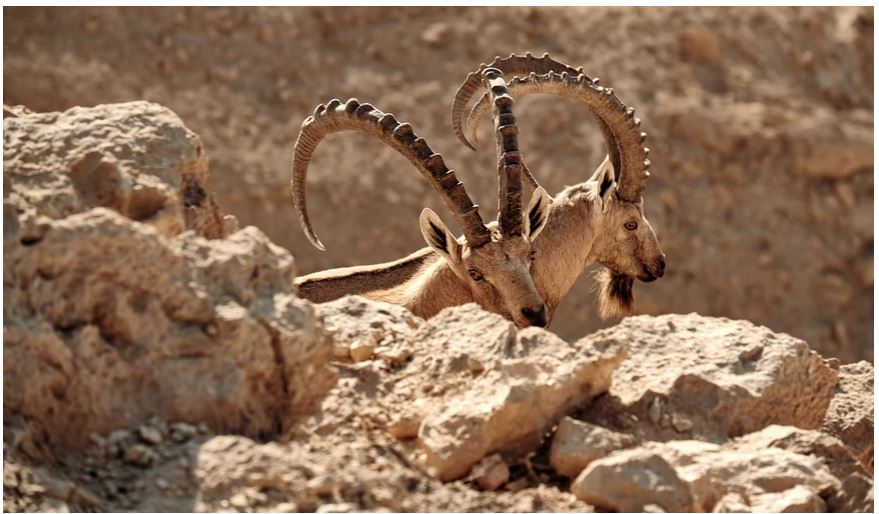 The Nubian ibex is a native creature that you are going to find in the mountainous regions of Israel. It is one of the creatures with long antlers and these antlers usually twist backward and are very sharp. They are the only ibex species that are capable of surviving the harsh climate of the arid and semi-arid areas. These ibexes prefer to inhabit the rocky and mountainous regions of the country. They have incredible agility and they can climb up and come down quickly on cliffs. Besides, they usually live on the edges and their movement is incredible.

In the past century, the number of these creatures has been diminishing, however, with the increase in conservation measures, the Israeli government through the desert wildlife program has enhanced the growth of these species. The Nubian ibex is usually very dangerous during the mating period and when they are nursing their babies. During this period, you should keep some distance because they are very agile, ferocious, and angry. They are likely to attack you with sharp antlers and this might lead to damage to vital organs of your body. 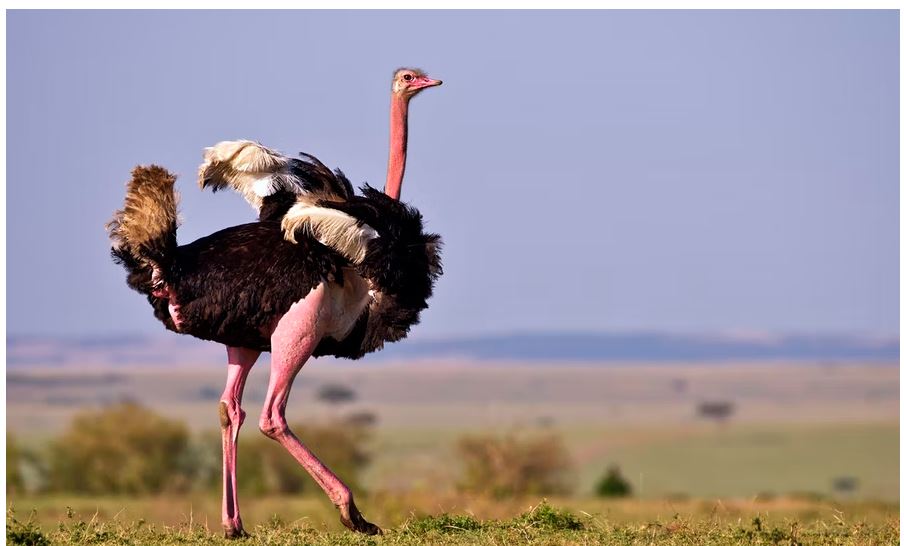 This is one of the heaviest birds that you will find on the planet. You must be sure of the location that you are visiting because without this you will end up meeting the ostriches and the experience will not be the same. The red-necked ostrich has some of the biggest eyes of any animal that you will find on the planet. They usually have two toes on each foot. During the mating period, you are going to encounter some of the weird dances that you have ever seen on the planet. the males usually dance to impress the females that they want to mate with. You will find these ostriches at the desert wildlife program and ostrich farms. They used to thrive in the Negev desert but this is not the case anymore.

During your trip when you encounter the ostriches then you should keep some distance because it is one of the most dangerous creatures that you will find in the region. They can run at 30 miles per hour and their beak is very sharp and strong and when they hit you it can cause severe injuries or even death. 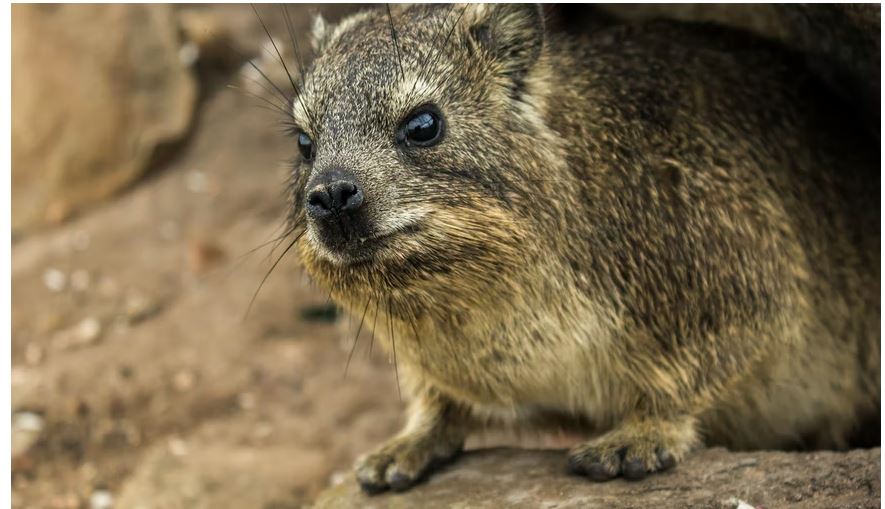 The hyrax is one of the most dangerous creatures that you are going to encounter during your trip to Israel and the environs. They are known to be very agile and they can easily climb up and down the cliffs and they can move from one point to another on the steepest cliffs and slopes. The hyraxes can move from one location to the most dangerous locations and you can be surprised that you see them out of nowhere. The hyrax is usually thriving from one location to another, and you will find them in the springs around the region.

The nature and reserve authority in Israel has been on the move to improve the population of hyraxes in the country. You must find a perfect spot where you can see them. They are usually very elusive creatures and during the mating season, they are very dangerous. They are likely to attack anyone on their path. It is seen as the symbol of the tough desert and during your trip, you should have the best experience. The hyraxes in the Negev desert are the only hyraxes that you are going to find in Israel. they are highly social creatures and they often run in numbers hence the need to avoid them when nursing young ones. 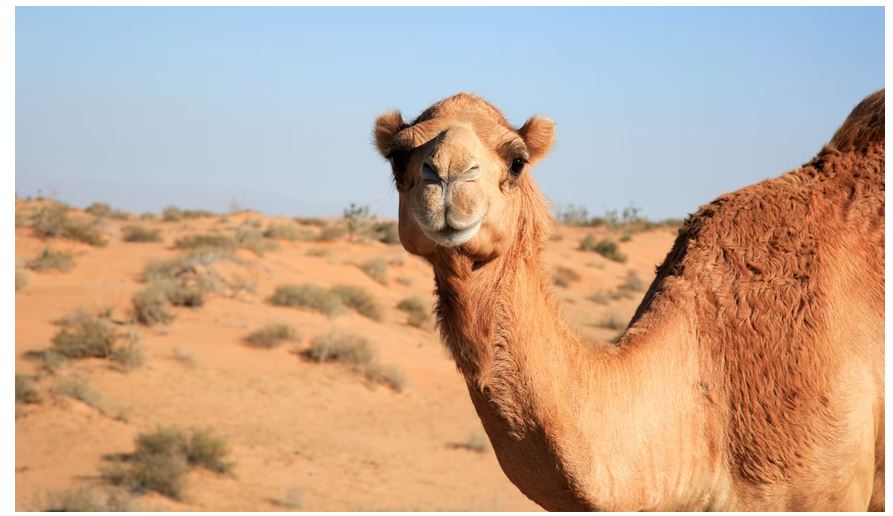 You will find most the camels in the desert region of Israel and you must explore the area to know the culture of the people in the area. These camels are usually docile and do not attack people. However, there are cases when can trample on you or when they are uncomfortable, they can kick. These are just a few cases but you should watch out if you are going to explore camel riding in the region.

The Israeli gazelles are often thriving in the natural habitat that you will find in the region. You must check the area from a distance because this will help you make the right decision. You are going to find them in the oases in Ein Gedi and other parts of Israel. They are often characterized by the light reddish-brown color and some have even dark brown colors because of the dust that is thriving in the deserts. The gazelle is a symbol of grace in spiritual Israel and you are likely to find them in the region. The beauty of a gazelle is used to be characterized in the bible. They are also used as a measure of speed.

The gazelles in the country you are likely to find in most parts of the country. There are two main species that you are going to find in the Negev desert and Dorcas’s gazelles. During the mating season, you are likely to find them in the region. They usually like feeding on the acacia trees. When they nursing their young ones then you should avoid them because they are ferocious and easily attack.

In conclusion, Israel presents you with the right tourist destination in the middle east and western Asia where you can explore ancient history, and modern civilization and know more about the local people.