Christmas is a huge occasion, and it is celebrated across the world as a memory of the birth of Jesus Christ. The celebration is usually associated with many feasts and parties across the globe, and Iceland is not left behind either. Christmas is a time for friends and family to come together and enjoy the period as they go over the things they have done throughout the year. It is also a period where you get to give and receive presents from family and friends. The day has been celebrated for hundreds of years now, and although there is no specific date in the bible, December 25th was chosen as the best day to celebrate the birth of Christ.

Iceland experiences the darkest period in December, and during Christmas, you can see the lights all over the city. There is a massive blanket of snow that you will see around, and this is the best time to enjoy some games in the snow. You will see the northern lights shining high up in the sky, and the pink, white, green, and purple streaks will dominate the sky during December. It is a fascinating time to enjoy your stay in Iceland, and you can see all the natural surroundings turn into something different. The further north you go, the higher the chance of having a super white Christmas.

What you need to know about Christmas in Iceland

It is essential to understand that Christmas in Iceland lasts for over three weeks, 26 days. The Christmas period begins on November 11th and ends on January 6th the following year. This season usually starts upon the sight of the first Yule lad, and this is 13 days before Christmas eve, and the period ends when the last one leaves, which is usually the twelfth night. The capital Reykjavik is generally bustling with many activities, and you should not be left behind. Enjoy and explore all the activities done by the locals. It is an excellent time to look into their celebration style and understand the culture and diversity.

There are endless adventures and Christmas lights, and people often begin their decoration as early as October. This is usually encouraged by the longer nights. Therefore, people make these lights to allow them to see the environment as well. In Iceland, by the time it is December, you will see all kinds of lights lighting the compound of people’s houses and the streets. It is quite a phenomenon to experience Christmas in this country.

What are the Christmas traditions in Iceland?

Every country has different styles of celebrating Christmas. Almost the entire population of Iceland celebrates the Christmas holiday. By the end of November, you can begin to hear Christmas carols playing on the radio. You must join the culture and embrace the diversity so that you can soak in the real Christmas feeling and the activities leading to it.

This is when the church year begins for many of the churches in the western world, and this is the same concept in Iceland. The advent begins on the fourth Sunday before Christmas day, and it is usually the day closer to November 30th, and this period ends on the eve of Christmas.

Further reading: How hard is it to learn the Icelandic language?

The advent period is marked in Iceland by Christmas decoration, and this features an advent wreath with four candles. People will light a candle every Sunday, and this will last until the eve of Christmas. Many Icelanders often begin decorating their houses on the first day of advent. 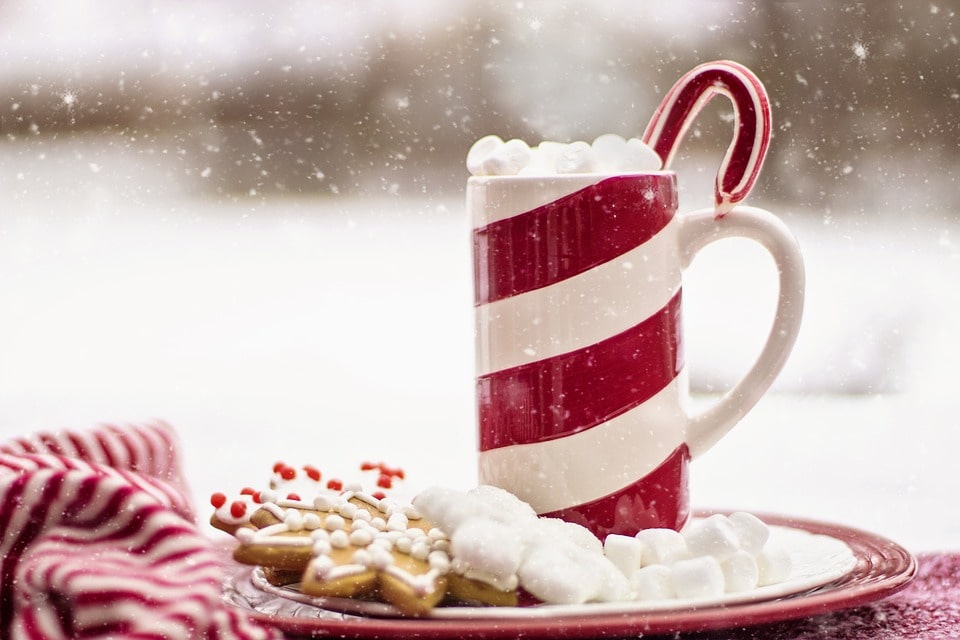 During the Christmas period, the children get time to enjoy chocolate to their fullest. The chocolates are usually available around the country, and you can take time to explore this culture. This tradition is often coupled with an adventurous television series that runs throughout December until Christmas Eve.

There is nothing as Christmassy as the snowflake bread or what the locals call Laufabrauð. This is a unique bread eaten during the Christmas period and originated from the northern parts of the country. However, currently, it is consumed worldwide, and it is made of fragile flat cakes decorated in different patterns before deep frying.

You can purchase this bread from major bakeries or have a local make it at their home. It is usually done to represent the family values, and it is a perfect opportunity for you to bond with the locals as you explore their cuisine.

Further reading: How is life in Iceland?

These shoes are often used to hold presents from Santa Claus. If the children are well behaved, they will receive candy, among other gifts. However, if they are not, their shoes will have rotting potatoes.

One of the best ways to spend your time in Iceland during Christmas is to sample their products. Beginning from the last week of November as you head to Christmas day. Christmas buffets are a common phenomenon, and it is a perfect place that you should visit during the Christmas period.

You will find some of the best dishes around the country during this period, ranging from roast pork, smoked puffing, herring, reindeer pate, turkey, smoked salmon, among others. Many firms in the capital will also embrace the Christmas spirit by organizing various buffets for people around their firms for people to enjoy.

This is December 23rd, and it is a day on which a central Icelandic saint lost his life. Concerning the major, there are various aspects that you should consider. One of the rules is that you should not consume heavy meals, so skata is often consumed. Skate is fermented fish. On this day, many Icelanders also decorate their houses and put up a Christmas tree in their homes. 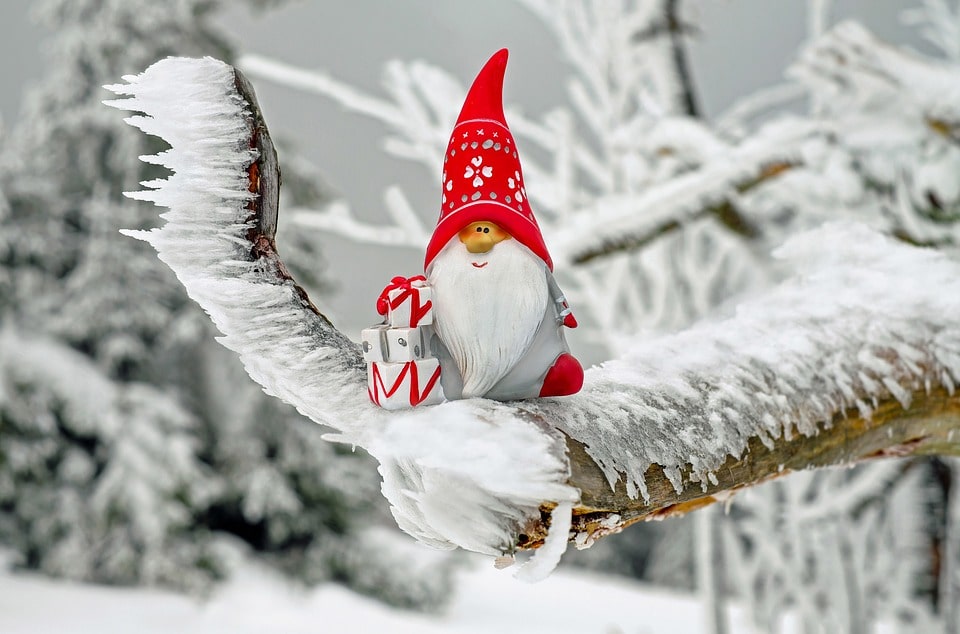 On the eve of Christmas, you will find a few shops open, however, after midday many people move to their houses to prepare their meals. One of the popular meals prepared is rice porridge dessert, which is served with whipped cream. People often enjoy the dessert while playing a game where you are supposed to look for an almond. Whoever finds the almond will be given a present that was bought during the day.

On December 25th, the Icelandic population has a relaxed morning, and they drink coffee, eat leftovers, and watch cartoons on television. Christmas day is the day for meeting different family members who have been away from you for a while. The people often evaluate their annual progress and tend to have fun with their relatives.

The served dinner is usually composed of boiled potatoes and smoked lamb, a sauce based on milk, sugar, flour, butter, and the boiled potatoes. All the stores are often closed on this day; therefore, if you plan something different, you should buy your items on Christmas eve or before that.

On December 26th, the Icelanders often associate this day with resting and just chilling with family and friends. If you would like to explore the city or go to the movies, this is the right day. The 24th and 25th are not associated with heavy partying. However, on 26th, you can loosen up and explore the nightlife in different locations in the city. 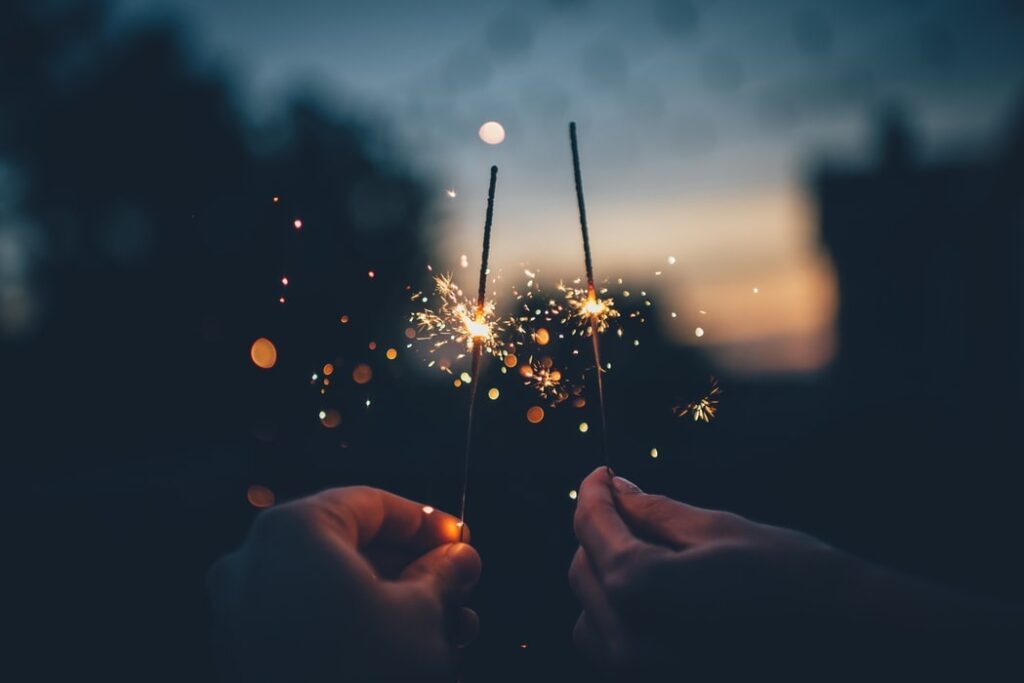 On new year’s eve, people will assemble and light bonfires that are often celebratory of the ending of the year and a reminder to the people that the partying period is over and they should get ready to go to work. You will find bonfires and fireworks almost everywhere in the city.

Christmas in Iceland does not end until you are on the sixth day of the coming year. This is the thirteenth night of Christmas eve, and it is often associated with different traditions. There are myths and folklore that indicate that the cows talk and the seals will change their appearance into human form. It marks the end of Christmas and the decorations as well, you can remove the Christmas tree, and the last bonfire is lit.

In summary, it is an exciting experience to be in Iceland during Christmas. There are so many activities that you can do in the country to make your stay awesome. The essence of the program or the different marked days is to allow you to plan adequately. You should let loose and allow yourself to immerse into the culture of the Icelandic population.