There have been numerous debates on the legalization of weed in Austria. Austria has complex laws regarding the sale, use, possession, and growth of marijuana in the country. The sale and supply of weed are punishable. However, if it is for personal use, you can use it without any problem. Besides, the citizens are allowed to grow a small number of plants for their recreational use.

If you are looking to enjoy the herb while in beautiful Austria, be sure to continue reading to stay on the safe side.

Marijuana laws in Austria are dictated by the narcotic substance act, which was put in place in 1999. However, since the year 2016, marijuana has been decriminalized, and you can use a minimum of 20 grams. If you are found in possession of any other drug, you could be put into prison, charged fines, or both.

There are alternative solutions to a person who is found to have an amount that exceeds personal use. Some authorities will send the offenders direct to health facilities, and you should finish your term in the health facility before you are released.

Traveling to Iceland anytime soon and curious about weed status in that beautiful country? Don’t worry! Here is our complete guide.

However, if someone is caught with an amount that exceeds personal use, they often think that they have any intention of selling them; hence they are sent to prison. The laws in the country are there to guide people on how to handle different issues regarding the trafficking of drugs and their use. 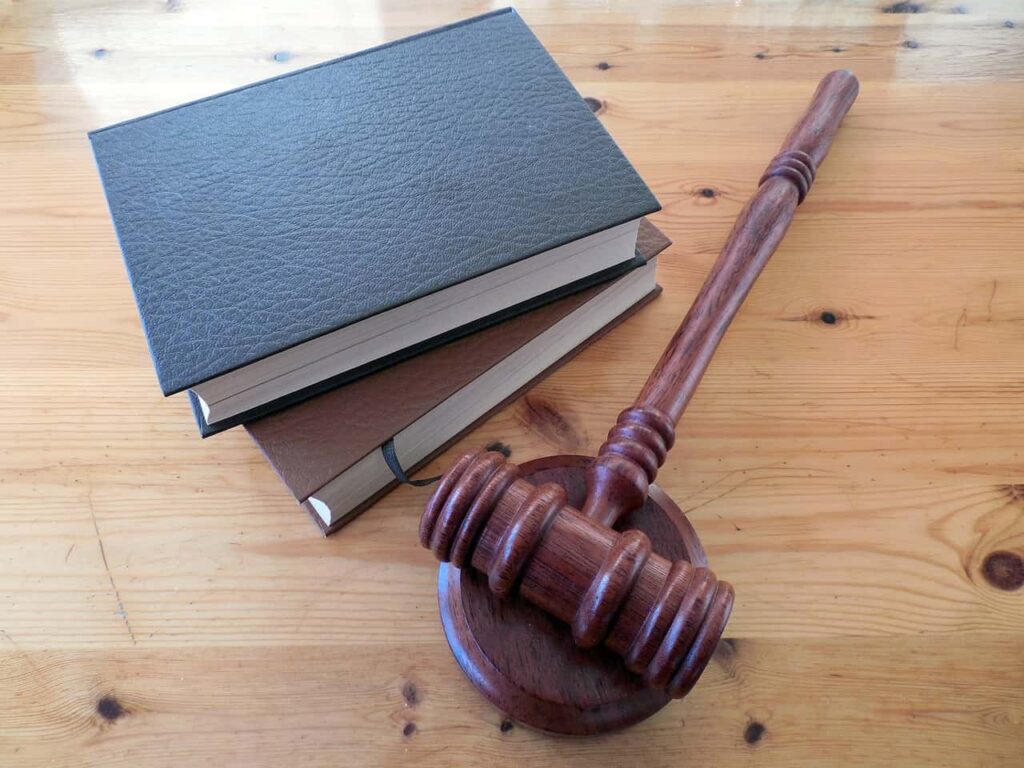 Selling of Cannabis in Austria

It is important to note that the supply and sale of marijuana is a severe offense, and it is punishable by imprisonment and fines. An individual who is found to own marijuana above the recommended amount of personal use is sent to prison for five years. Large quantities are often measured to be over 20 grams of tetrahydrocannabinol.

Austria has come a long way in terms of the laws that govern the growth and sale of marijuana. In 2008, they amended their narcotic acts to be in tandem with European Union legislation. The amended law indicates that it is permitted to grow marijuana to extract active substances used for medicinal purposes.

This new legislation meant that people could grow hemp that contained a maximum of 0.3% tetrahydrocannabinol. However, the plants can be produced only to the level of flowering because, at this time, the levels of THC are still low.

The growth of marijuana in the country has increased since the amendment of the law was passed, and there is a surge in the growth of marijuana across the country. However, this law does not define the emergence of seed heads, or flowers are evidence of intent to manufacture weed for sale. In addition, the law indicated that it is prohibited for people to harvest plants that have clearly formed heads and flowers because it represents the production of an addictive substance. Addictive substances are not allowed under the law.

The Legality of Weed in Austria

There is so much uncertainty in Austria about the CBD laws that have been enacted or the laws that are in place. The current government revised the rules, and this made it different from that of the European Union. However, it is still sold as an aromatherapeutic product.

There is a grey area in the law on the production, sale, and use of marijuana. However, it is integral that you check out the current regulations to avoid any problems with the law in the country. 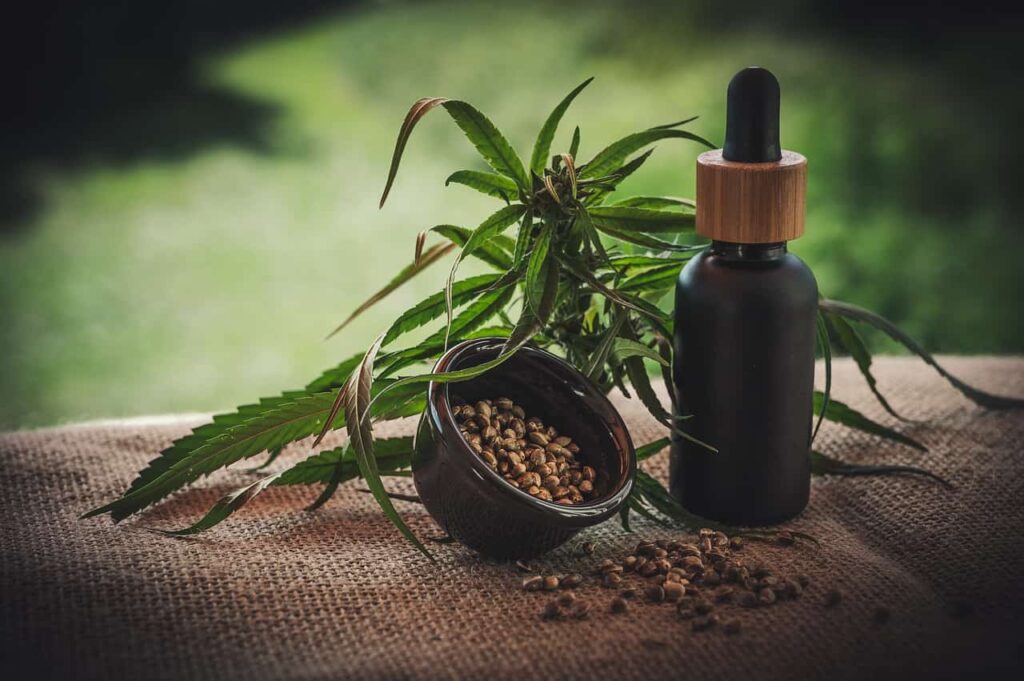 It is imperative to note that you can buy marijuana seeds in Austria, and you can grow them as long as it is for personal use only. The bill that was passed allowed the cultivation of marijuana for medical and research purposes. However, it is essential to note that they are controlled by the ministry of health. The supply of drugs that have cannabis in them is only prescribed by a medical practitioner certified by the government.

Traveling to Switzerland anytime soon and curious about weed status in that beautiful country? Don’t worry! Here is our complete guide.

Industrial hemp production began in 1995 in Austria. The country is seen to be progressive in terms of the legislation that includes the plants that do not have more than 0.3 % of tetrahydrocannabinol. As a result, the hemp industry is growing, and there is a place called Hanfthal, which is the hemp valley in Austria. In this region, there are over 70 hectares of hemp, and there is a museum where you can learn more about the growth of marijuana.

Under the current situation, marijuana can be grown in Austria and as long as it is not for narcotics purposes. Growers in the country are permitted to grow marijuana in hundreds, which will depend on growing the marijuana. THC content should be so low so that it does not cause addiction.

Addictive substances are banned under the law in Austria. There are over three hundred thousand clone plants that are sold in the country annually. The high number of plants grown in Austria has made the country a top destination where cannabis is grown on a large scale.

There are local and international buyers in Austria and the neighbors such as Austria and Germany, where the sale of seedlings is illegal the residents of these countries go to Austria to get their seedlings. There are areas in the country that you will be prosecuted if you are found growing on a large scale.

How Do Austrians View Marijuana Production?

A majority of Austrians do not have a problem with the growth and sale of marijuana as long as it is only for recreational purposes. Some numerous meetings and conferences occur annually to increase an understanding of weed and its benefits.

There is a major call by people in the country to have laws that will prevent any sort of addiction to cannabis, and the legislation has been tightened to govern the use of this compound. Weed is prevalent among the younger Austrian population, and you should check out their view on everything.

Austria is a dynamic country, and multiple events are held annually to celebrate the growth of marijuana. Some of the events held in Austria include Wiener Hanfmesse, an expo that showcases the people in the cannabis industry, growth, and the most innovative ways of producing weed.

The event is usually held in April each year. Another major event is Cultiva Hanfmesse, an event that majorly focuses on the function of cannabis in the medical world. This event also includes an expo that incorporates the sale of cannabis-related products coupled with music.

What is the Future of Weed in Austria?

There is a progressive movement in Europe where marijuana has been incorporated into modern medicine and research. There is always a swing between the locals and the government on marijuana and depending on the government that is in place. The progressive wants laws that govern weed to be relaxed and protect the people and does not lead to addiction. Austria has complicated rules and regulations about cannabis, and you should ensure that you are aware of these laws before consuming weed.

The Austrian government considers drug addiction as a disease, and therefore the laws on marijuana cultivation should be regulated, and the amount of tetrahydrocannabinol should be limited. The laws in Austria usually distinguish the types of offenders, and some criminal offenders want to profit while endangering the life of the public. These are liable to 5 years in prison.

On the other hand, some offenders are carrying a small amount for their own consumption. These are usually sent to health facilities if they exceed the minimum amount by a few grams. The law is specific on the amount of marijuana that someone must have, the intent of selling is where the problem comes in.

In conclusion, if you are traveling to Austria for vacation, you should have all the essential information about the laws regarding weed. When you are aware of your situation, you can handle yourself more carefully and avoid brushing with the law.