Food in Lithuania is reliant on root vegetables such as beetroot, potatoes, dairy, and meat products. The cold climate in the country permits the growth of these products, and therefore, the locals are heavily reliant on these meals. As a first-timer, you may wonder what foods you will eat while in the country. You can get all types of meals while in Lithuania, from modern to traditional cuisine that the locals have embraced over the years. The food in the country is influenced by their past, present, and international cuisines that have been included to accentuate the local food. Here are some of the foods that you will see or eat in Lithuania.

Traveling to Lithuania anytime soon and looking for resources to learn more about this stunning country? Here are a few detailed articles that will introduce you to Lithuanian culture and activities:

Cepelinai is a potato dumpling that is filled with minced meat. However, there are vegetarian options if you want to try some, including mushrooms and curd cheese. Cepelinai is a dish that most people try when they arrive in the country because it is widely known internationally. It is often considered a national dish, and it is a perfect meal that you can enjoy with a local beer. The meal got its name because it is similar to a zeppelin in size and shape. However, cepelinai is a meat-filled dumpling potato dumpling, and it is identical to those dumplings in major European countries such as Poland, Germany, and Austria. When ordering your cepelinai, you should ensure you have sour cream spooned on top or served on the side.

The fried breadsticks or kepta duona is one of the most amazing dishes that you should check out in the country. Even if you do not feel other meals, you should try this because it is one of the most amazing dishes you will ever try in your life. The Lithuanian bread is different from the rest because it tends to be darker than many people are used to in many countries. The dark rye bread is usually cut and fried, and you can add a piece of cheese on top.

Although this is a snack, it is one of the most delicious snacks you will ever try in Lithuania. The dessert is usually a rectangular shape, and it is made from cheese curd, which is then covered with a bar of dark chocolate to give it a unique taste and color. If you try the traditional version of this dessert, you will find that it has a taste of vanilla.

However, you are not limited to this taste only. There are other types of additives that you can try, such as condensate milk, chocolate chips, cacao, and poppy seeds. Sūrelis is a popular dessert in the country, and there are many places that you will find that this is often consumed during breakfast or as a dessert. Since the product has gained immense popularity, it is exported to other countries, and you can purchase them in Polish and Russian supermarkets. 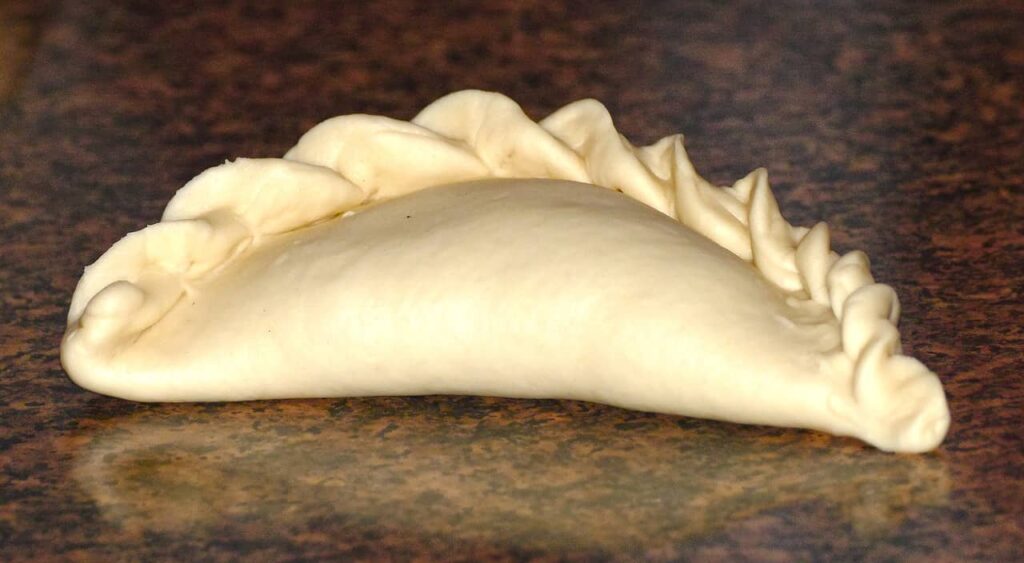 Kibinai is among the best snacks that you can have while exploring the country. It is a typical snack similar to the Spanish empanadas, and you will find kibinai nearly everywhere in the country. There are also street carts that specialize in selling this product; hence if you are traveling and you want to check the products from the locals, you can sample them around the city. Several ingredients are used in making the kibinai. However, the most common form is chicken and pork. If you are a vegetarian, you can sample the mushroom-filled kibinai.

This is a famous soup in Lithuania, and it is known for its exceptional pink color. Many people in the country consume this soup during the warm season as it is usually served cold. The locals may use ingredients from their farms to make the soup or go to supermarkets and groceries to purchase them.

Šaltibarščiai is made of a straightforward recipe, and you can make it cool off during the hot summer days. The major ingredients in this soup are grated boiled beetroot, boil egg, chopped cucumbers, and kefir. Since this soup is mainly served during the summer season, many people tend to season it with dill and fresh spring onion. You can serve the soup with baked potatoes or boiled potatoes.

This is the most popular salad in Lithuania, and it is usually composed of marinated peas, boiled unpeeled potatoes, boiled eggs, pickles, salt, and pepper. All these ingredients are generally mixed with mayonnaise, and this gives it a pleasantly tangy taste. You can eat the salad if you do not want to consume other foods because it is a fulfilling product.

It can be consumed as a starter or as a side dish next to different types of meats such as chicken in other regions. The white salad is a typical dish in the country, and it is often prepared during special occasions such as birthdays, weddings, or Christmas.

Now that many people tend to associate Lithuania with potatoes, this is a standard meal consumed across the country. You will often get the potato croquet as a side dish. They are small balls of potatoes that are deep-fried. The croquet is quite addictive because they are sweet, and depending on the region you are visiting, they have their additional ingredients, which makes everything amazing.

This is a popular snack in the country, and it is peas with cracklings. You will not only find it in Lithuania but also in other Baltic states. The process of making this dish involves cooking small yellow peas before they are fried with smoked bacon. The result of this mix creates something amazing that you will never forget. You can pair your dish with beer or any drink of your choice.

Lithuanians are fond of their dark rye bread, and this bread is usually made with rye flour instead of regular wheat flour. The product of the process creates a bread that is dark and more robust. It is important to note that Lithuania grows wheat and buckwheat. However, their love for rye bread made with natural yeast is something that they prefer. In most cases, the rye bread was made at home. However, you can currently find them in supermarkets and bakeries across the country. This bread is awesome because you can pair it with virtually anything from soup or use it for making sandwiches.

Lithuania is known to have a wide array of pickles that you can choose from. If you are craving some excellent pickles, this is the right place to visit. You can find pickled cucumbers from different parts of the country in supermarkets or eateries around the country.

Lithuanians are meat lovers, and skilandis is a standard product that you will get in many restaurants and supermarkets across the country. The sausage is usually cold cured, and despite the abundance of vegetables in the country, they usually have meat and meat products in their cuisine. They usually use natural casing to make the sausages and dry smoking until it attains a certain age. The quality of the sausage is very high, and you can sample some anywhere in the country.

This is fried meat, and it is a snack that traces its roots to the Soviet Union. As much as Lithuania became an independent country in 1990, numerous meals are inspired by the former regime. Meals such as borscht and herring are some of the popular meals in Lithuania.

In the coastal region of Lithuania, you will find some of the most exquisite meals that you have tasted. Whether you prefer it baked or smoked, herring is a popular salted meal that is often given as a side dish, or you can eat it with something else like rice or anything that you fancy. Lithuanians are known to serve giant portions; therefore, it is better to inform your waiter to go slow on the portions if you are on a diet. Salted herring is usually served cold, but you will be given warm potatoes on the side; you can also get beetroot salad and sour cream.

Balandeliai, as it is popularly known in Lithuania, is cabbage rolls that are stuffed with meat. You can choose the kind of stuffing that you want to be used in your cabbage roll. The cabbage rolls originated from the middle east, and they have spread all over many European nations. The commonly served cabbage rolls in Lithuania are filled with vegetables, rice, and ground meat. They are usually served with a sauce of your choice.