The culinary spectrum of Liechtenstein is diverse, and with inhabitants of about forty thousand people, the principality has some of the unique cuisines in the world. You will find traditional foods as well as international cuisine that you should sample. One might ask how does traditional food in Liechtenstein look and tastes like. The cuisine is rich and hearty. However, what has considered the national dish of the country is Käsknöpfle. This is a meal that is composed of eggs, water, flour, salt, and pepper. This may be optional, depending on the taste of the individual. The meal is often served with cheese made in the country, as well as with apple puree, and fried onions on the side.

The history of Liechtenstein cuisine

In the traditional era, the everyday meal consumed across Liechtenstein was Rebel, a mixture of corn and wheat porridge. The porridge had milk in it as well, giving it a rich and smooth taste. However, in some areas, the porridge was roasted in a frying pan and stirred until golden brown. This was consumed along with milk, coffee, or apple puree. It is common to find it in Austria and Switzerland as well.

The principality of Liechtenstein is rich in diversity, and one of the common features is the drinks that it has to offer. There are over twenty-six hectares where the best wines in the country are produced. There are over twenty different wine varieties that are made in the ninety-nine wineries in the country. The wine from Liechtenstein has a fruity and unique character that is similar to those wines from Italy or France. On the beer frontier, two breweries produce local beers made from barley and hops. It is imperative to note that major beer-producing countries also refer to Liechtenstein because of the beer distillery located in Triesen that has been in operation for over a century.

Why Liechtenstein cuisine is unique

In the modern era, the cuisine of Liechtenstein is a mixture of both ancient and modern foods. You will never miss something to eat on your visit to the beautiful country as the restaurants have something to serve, be it local or international cuisine. The traditional cuisine features meals such as bread, whiskey, meat, and cheese. A common source of diet is rebi made with a mixture of cornmeal and semolina or just cornmeal and served with the main dish. However, because of the influence from other European countries such as France, other items such as saukerkas, among others.

You can find original dishes in the country, including Hafalaab, which is made from cornmeal and wheat flour dumplings and ham in broth or bacon in broth. Others include schnitzels, cheese, vegetable fondues, asparagus, and stews. The recipes from Liechtensteiner are unique, and although the meals may have a foreign influence, you are sure that you will find authentic and mouthwatering meals in the country.

Here are some of the foods that are served in Liechtenstein.

p.s. looking for more Liechtenstein content? Below you can find a few topics we’ve covered about this tiny, but rich and diverse country:

It is commonly called the king cake, and it is usually a common phenomenon in countries across central Europe. The cake ingredients will differ from one region to another, and you should check out the best recipe that will suit your needs. The most common form is figurine hidden inside and can be made of any available material.

In most cases, it is made with an enriched sweetened dough, and it is studded with chocolate chips, raisins before it is baked. This is a fun cake to share with friends and family as it is big and you can have your celebrations with enough cake.

Muesli is a cold oatmeal food with its main base as oats and ingredients such as dried fruits, fresh fruits, seeds, nuts, and grains. The recipe is not fixed, and usually, you will find that it has various twists in different regions and can be combined with liquids such as fruit juice, milk, water, yogurt, or plant milk before it is left to soften consumption. This meal was developed in the early 1900s in Switzerland, and it has spread across the countries in central Europe, such as Liechtenstein. 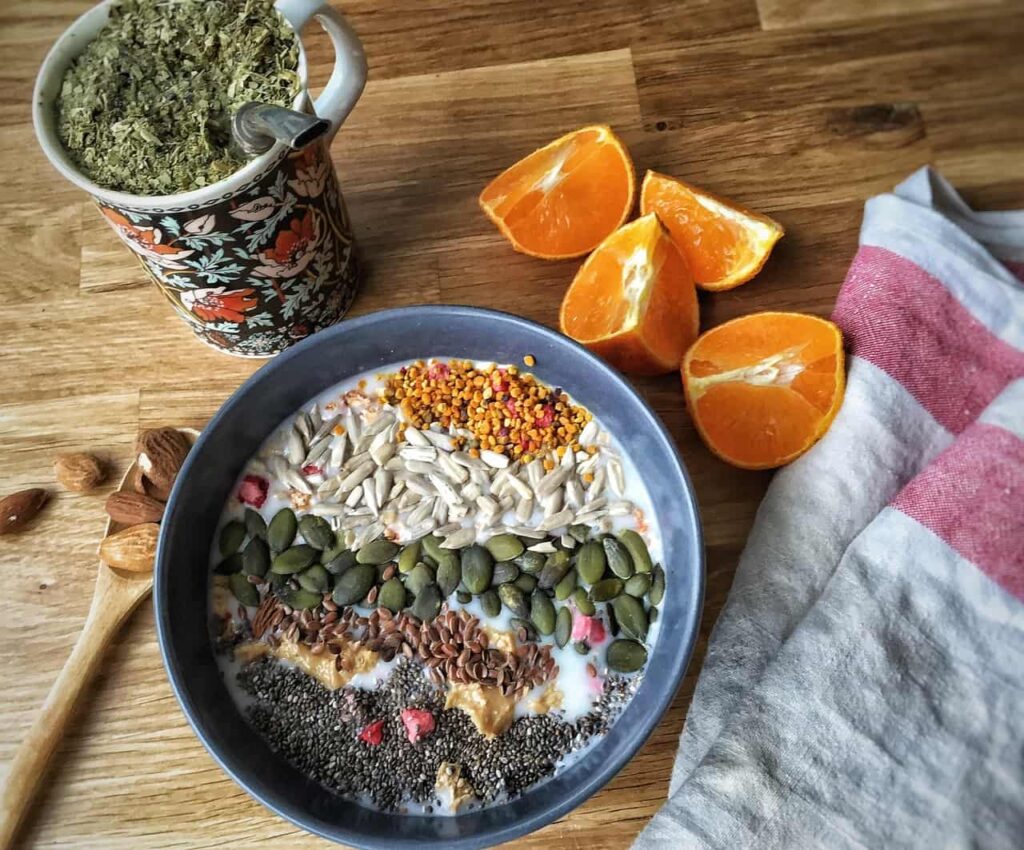 This is one of the most common meals in Liechtenstein, and you should make a point of trying it. It is made that cornmeal dumplings are mixed with milk before frying them in a pan. They do not have to be a perfect size. Any shape or size will go, and you can serve them with apple puree. The Hafalaab are very popular in Liechtenstein, and you can get them in most of the restaurants across the country.

There is no common English name for this, and hence the German name is a better and sumptuous version of Kaiserschmarrn from Austria. The food is often served as a side dish with asparagus and hollandaise sauce. It is primarily German food, but it is eaten in the northern parts of Liechtenstein, and you should try it.

This is often called spätzle with cheese, and it is a common meal in northern and central Liechtenstein. The preparation method usually involves grated cheese such as granular, Emmentaler, or cheddar cheese spread on hot spätzle, and this is generally layered decoratively before adding fried onions on top to give it a top-notch taste. In most places around Liechtenstein, you will find accompanying dishes such as potato salads, green salads, or apple sauce.

Although this is not food but a drink, the beer has gained a considerable reputation because of its consistency and exceptional taste. The locals usually enjoy their meals with a glass of beer, and this is why you will find the beer being widespread across the country.

Rosti is food that usually contains potatoes that are made in fritter style. This was usually served as a breakfast dish, but it has become popular over time and is served nearly every day. Rosti is traditionally served with accompaniments such as spinach and fried eggs, among others. It is a common meal around Liechtenstein and Switzerland.

They are usually made from a coarsely grated potato that is pan-fried and can also be baked depending on the user’s preference. Depending on the method of cooking, cheese or butter oil may be added.

Schnitzel is a thin slice of meat usually fried in oil, and the meat is traditionally made thin using a tenderizer or cutting finely into skinny slices. In most cases, the schnitzels are made by breading them or adding flour before they are fried. Although in many countries, the meat used will vary depending on the taste and preference of the locals, the common meats used are turkey, mutton, chicken, and pork. However, you should not be limited because there is a vegetarian schnitzel as well. The schnitzels are eaten in Liechtensteiner draw influence from those in Austria and Switzerland. 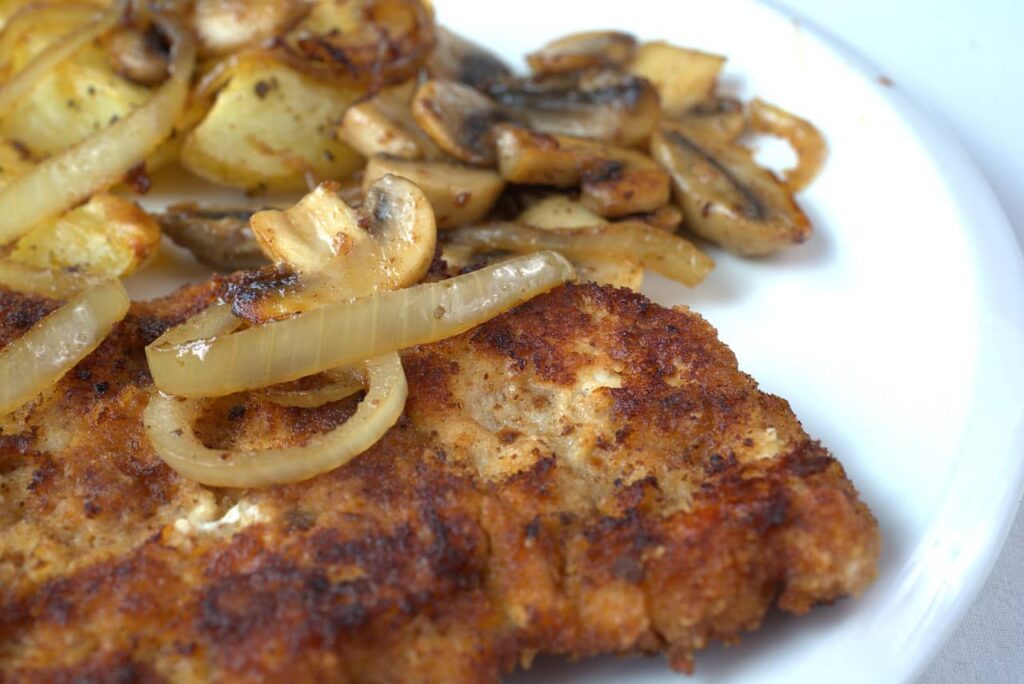 This is a traditional Liechtensteiner dish made from corn flour, salt, milk, and water. The essence of making this dish is to ensure that the quality is exceptional and not too watery or too hard. You should make it to a consistency that is between a dumpling and porridge. The combination is then fried in oil or butter. The meal is usually accompanied by elderberry jam and a cup of coffee or milk.

The Liechtensteiner fish stew is a popular traditional dish in Liechtenstein that is made from rye bread, fish, green onion, tomatoes, garlic, celery, paprika, parsley, olive oil, broth, potatoes, and other seasonings. The fish can range from mahi-mahi, cod, or snapper.

Once these ingredients are put in a cooking pot, they are allowed to simmer until the fish is fully cooked and the vegetables become tender. You can serve the fish stew on a piece of rye bread and cover it with broth and a generous portion of the fish. You should ensure that you get all the components of the food to enjoy it properly. 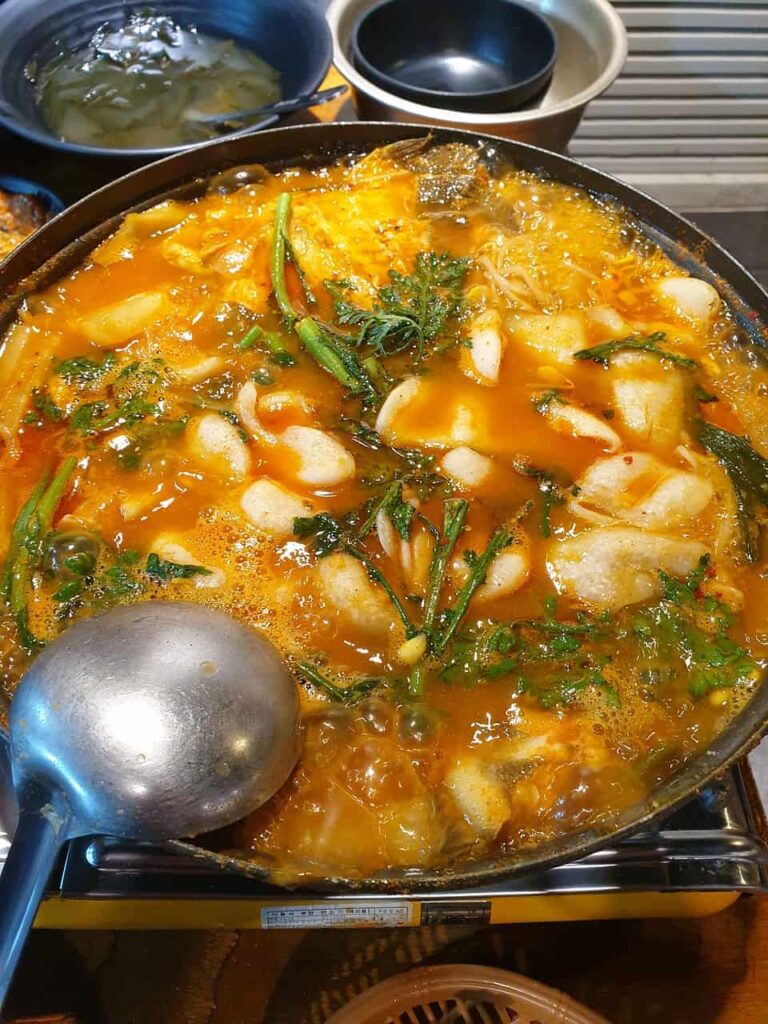 This meal was usually eaten for breakfast. However, as the years have gone by, many people have begun embracing the meal. It is one of the traditional dishes in Liechtenstein, and just like polenta, it is made from cornmeal and this cornmeal is cooked in boiling milk or water, and once it is cooked, it is then roasted on oil or butter. It can be eaten with sweet accompaniments such as compotes and fruit sauces.